With new year started already, we can not be more thrilled to enjoy the new dramas on our TV screens this year. While we have our eyes set on it, we would like to take you back to some of the amazing dramas and revealed projects that we loved through out the past year. It is always a great idea to have a little recap of our drama collections before we head on to enjoy the new ones. We have got you covered with all the details of the top 5 Pakistani dramas this year.

Pakistan Drama Industry always brings something exciting for the viewers to entertain them at the fullest with some highly captivating scripts and the brilliant cast playing roles up to the level of perfection. We have seen different dramas making it to the top 10 Pakistani dramas list of 2022. There are some of the new Pakistani dramas which have started recently and the teasers or pictures from these dramas depict that one shouldn’t miss to watch any of these. Well… we have some of the details regarding these dramas and want to share with you so that you can add them to your watch list for the future. Have a look at the brief intro to these top 5 Pakistani dramas: 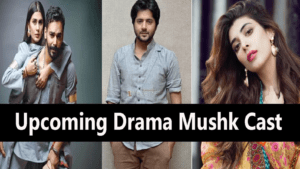 One of the most awaited dramas is Mushq and there are a number of reasons for it to be in the list of must-watch. The surprise is that Imran Ashraf is making a comeback on television as a writer and he is really excited about it. The amazing thing about this drama is that Imran Ashraf hasn’t only written the script but will also be playing a lead role in it. Imran has proved himself as an outstanding performance every time. The cast of this drama will be including Kubra Khan and Goher Rasheed.

Moreover, Urwa Hocane will also be making an appearance on television after a long time in Mushq. Mushq is being produced by MD Productions and Ahson Talish will be directing it. 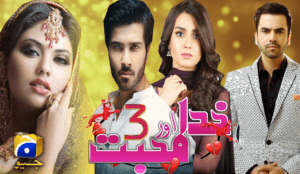 Geo Television witnessed a huge success in for versions of this drama and now this 3rd version is also expected to make success on an exceptional level. Iqra Aziz and Feroze Khan will be playing the leading roles in Khuda Aur Mohabbat 3.

The shooting for the 3rd sequel of Khuda aur Mohabbat is in progress and the drama is being directed by Syed Wajahat Hussain who recently directed drama serials Do Bol and Yaariyan.

What comes up in your mind while reading the name “Prem Gali”? Is it a flashback to the old times with some amazingly romantic love story? Well… It might prove to be true! Drama serial Prem Gali is actually going to be Aangan’s sequel. Aangan was one of the best sorts of family entertainment. Prem Gali will have some of the old characters and few of the new ones but the central theme will more or less be the same. Farhan Saeed and Sohai Ali Abro are the latest addition in this sequel. They will be playing the leading roles in the drama. Apart from this, Anoushey Abbasi will also be seen in the drama.

Bandhay Ek Dor Se is the new Pakistani drama in which you will be getting a chance to watch your favorite actors playing the lead roles i.e. Ahsan Khan, Ushna Shah, and Hina Altaf. Legendary actors like Samina Ahmed, Saba Hamid, Saba Faisal, and Qawwi Khan are also part of this drama.

Ahsan Khan shared during an interview that the drama will cover the story of a Punjabi family, who show love for each other despite many arguments. Bandhay Ek Dor Se will be airing on Geo.

Nauman Ejaz and Savera Nadeem are known as one of the most talented actors of all times and they have a huge number of fans. Whenever they have appeared together in any drama, they have made people stick till the end with their exceptional acting skills. So here is good news for the fans! They are coming together again in a drama. Nauman Ejaz shared a BTS picture from this project. Bilal Abbas Khan is also going to be a part of this project.

A few of the pictures from the sets were also shared by Bilal Abbas Khan and all of these pictures are increasing curiosity. The drama serial is yet to be named so let’s see what comes up as an entertainment treat for us this year.

Sonya Hussyn is a gorgeous and talented actress who has never disappointed her fans with any of her projects so far. She has been leaving indications about her character in the upcoming drama which will be airing on Hum TV. Sonya Hussyn is considering it a big project for her and putting up all efforts to bring out the best.

So make up a list of these dramas and stay tuned to get the details. You must be anxious now to wait for these fine entertainment packages coming your way very soon.