All You Need To Know About Sajal Aly

Sajal Aly is one of the most talented actresses in Pakistan’s Showbiz Industry and has constantly gained the admiration of a huge fan following. She is such an innocent lady with a beautiful smile that captures everyone’s attention at a glimpse. Although many among the fans know a lot about Sajal, here are some of the facts in detail that none of you will know. 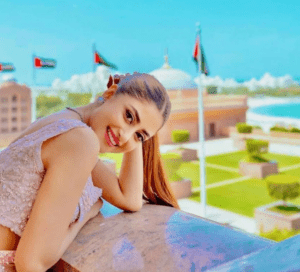 Sajal Aly is a beautiful & famous Pakistani actress. She was born on 17 January 1994 in Lahore, Punjab, Pakistan. She completed her graduation from Lahore. At present, she is only 26 years old.

Sajal Aly was born in Lahore, but later on, her parents moved to Karachi. She has two siblings, a beautiful sister Saboor Aly, who is also a brilliantly talented actress and a brother. Sajal Aly’s mother passed away at an early age when Sajal and her siblings were relatively young. It made her suffer severe shock, but she managed to stand again with better strength. She belongs to a pure Pakistani family. 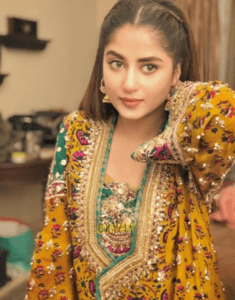 We know that Sajal Aly is such a gorgeous lady and has attractive features to spellbind everyone merely in a glimpse. Sajal started her career as a model in TV commercials at a very young age in 2009. After gaining fame, she stepped forward to the field of acting, which proved exceptional for her while making her grow in popularity with every passing day and series of new projects coming her way.

Sajal’s first appearance on screen was a minor role in Geo TV’s parody dramatization “Nadaaniyaan” in 2009. She also worked for a central part in a few other TV series, including the parody Mohabbat Jaye Bhar Mein, the romance Sitamgar, Meri Ladli, the family satire Quddusi Sahab Ki Beerwah, and the dramatization Gul-e-Rana. She also participated in numerous fashion shows and walked on the ramp as a showstopper while stunning everyone for being gorgeous. Moreover, Sajal also played the lead role in the Hindi movie “Mom” with Adnan Siddiqui and famous Indian actress Sridevi. She is renowned for her role in the family drama Mehmoodabad Ki Malkin. 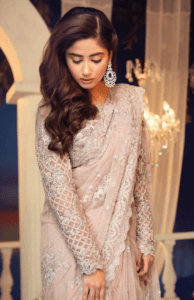 Sajal Aly’s performance in the teenager drama Nanhi (2013), Sannata (2013), the revenge drama Chup Raho (2014) and the ethereal romance in Khuda Dekh Raha Hai (2015) made her earn an exceptional level of acknowledgement across the board and that’s the reason she received so many awards at such a young age including the Lux Style Award for Best Actress. She has been working in different dramas while playing lead roles like Yeh Dil Mera,, where she starred along with Ahad Raza Mir and Adnan Siddiqui. Her stunning performance in the blockbuster drama serial Alif left everyone in awe of her great acting skills. She also showed up in the telefilm Behadd (2013) and Zindagi Kitni Haseen Hay (2016), and there is a lot to list down as her projects to date.

Very few people know that Sajal is not only brilliant in her acting skills but also singing. She has made her singing talent come to the surface by giving her voice to the OST of the drama serial O Rangreza, in which she played the character of Sassi. Moreover, she recently sang the song for Yeh Dil Mera in her sweetest voice. 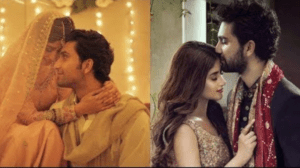 The talented actress Sajal Aly has recently married Ahad Raza Mir, the son of the legendary actor Asif Raza Mir. The wedding ceremony was arranged in Abu Dhabi, and very few guests were invited to celebrate this occasion.

Previously, there were rumours that Sajal was committed to the actor Feroze Khan but no official confirmation was intimated in this regard.