We have been covering this ongoing Pakistani drama since the beginning. I hope you people might be following the articles and the drama as well. All of the viewers are having complex feelings about the story. So, here is my personal Mushkil Drama Review as I think of it.

Mushkil Drama cast includes Saboor Aly, Khushaal Khan, and Zainab Shabbir. It shows a love triangle between the three. All these main actors are performing their roles very well as scripted. Saboor Aly is having her usual innocent and oppressed bahu and a wife. Khushhal Khan, with his handsome personality, has a role of a male version of an eastern girl (the mashriki lakri). While, Zainab Shabbir, the villain is, unexpectedly, making the audience hate her. She has been doing justice to her character by going to all ends to be with Faraz (Khushhal Khan). However, the plot is not fair to the people.

Where Does Nastiness Come? 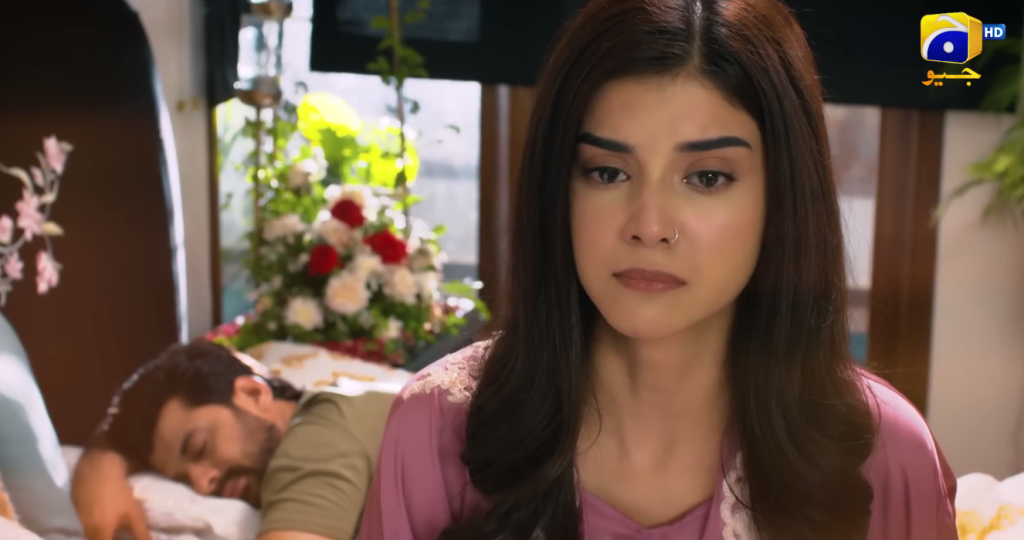 It is not just Mushkil Drama that is portraying what society does not accept. However, Mushkil Drama is showing a plot that is more complex than any usual plot. We covered how Hareem wanted to marry Faraz but accidentally Sameen got married to him.

Hareem did not stop there. She started plotting about getting married to Faraz’s brother which she did. She got married into a rich family, got a handsome husband, and everything that she could have dreamt of. However, it did not stop her there.

The portrayal of Hareem going after Faraz even after being married is not giving a positive impact on society. Isn’t it wrong to show an extra-marital affair publicly? Hareem is head over heels in love with Faraz and could do all unjust to Sameen without getting caught.

Hareem’s obsession with Faraz is intolerable. The way she goes to Faraz’s room tries to talk to him without his consent and tries to touch him even once looks creepy on screen. The scene where she goes to his room, hugs his pillow, smells his perfume, and hugs his clothes is simply awkward. Even Hareem has started dreaming about being in his room of Faraz. Could it be weirder?

She can play all her tactics and everybody else remains blindfolded to the truth. The heightened obsession of Hareem over Faraz and the negligence of her own husband have everything wrong with it. The makers should stop making these mindless dramas. Instead of targeting some serious issues of society, such dramas have a potency to deteriorate the mindset of the people.

This was my personal Mushkil Drama Review. Maybe you could have a different perspective on the plot.