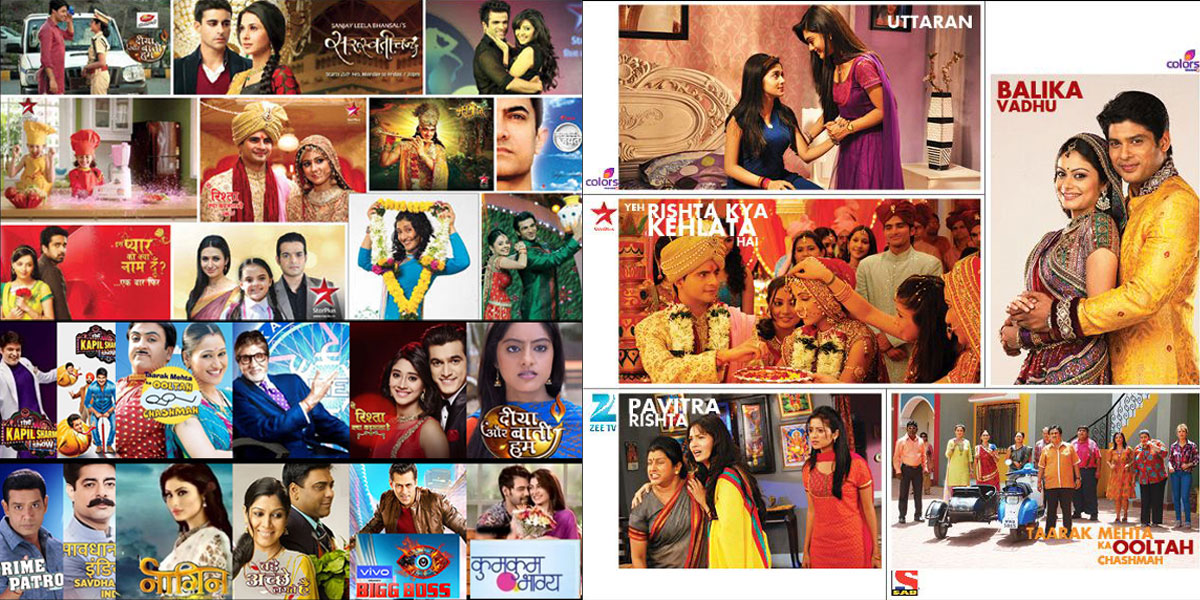 Those who belong to the 1900s and early 2000s have a clear memory of what there used to be on television. Unlike today, there was no source of entertainment for people like smartphones and laptops. People only had televisions with dramas and movies from Bollywood to pass their time. Indian dramas were household talk when the women met somewhere. 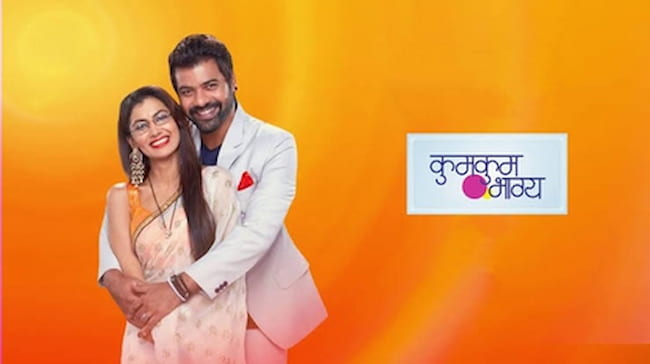 Kukum Bhagya is an Indian’s favourite drama serial that is produced by Ekta Kapoor under Balaji Films. The drama started in 2014 and continues today. Fans love the love relationship between the lead couple Pragya and Abhishek played by Sriti Jha and Shabir Ahluwalia.

Currently, the story has moved on from Pragya and Abhishek to the next generation. The recent starring couple is played by Mughda Chaphekar and Krishna Kaul in the lead roles. The drama is full of twists and turns and love and separation situations. It is for those who love to watch something with a rollercoaster of emotions. Check out the trailer:

Kasam Tere Pyar Ki premiered on Colors Tv on 7 March 2016. It is a unique love story starring Kratika Sengar and Sharad Malhotra. The drama serial had only one season with 623 episodes. The plot of this drama serial rotated around a loving couple Rishi and Tanu. It shows how the two reunite after rebirth and shows the power of true love. Ye Rishta Kia Kehlata Hai is the longest drama in the history of Indian dramas. It began on 12 January 2009 on Star Plus TV still the present date. Its story began with Hina Khan as Akshara and Karan Mehra as Naitik. The show later followed the love story of their second generation played by Shivangi Joshi as Nayra and Mohsin Khan as Kartik.

Right now, the drama is continued with the tales of the third generation. Paranal Rathor is playing the character of Akshara and Harshad Chopra is acting as Dr Abhimanyu Birla in the recent episodes. Fans love this drama because of the romantic story between the couple. 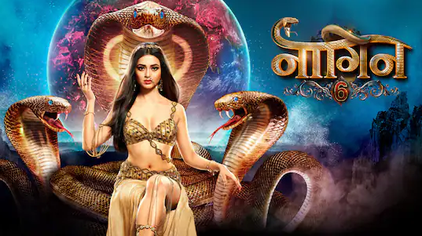 Naagin is a unique story which is a blend between the real world and the imaginary world of snakes. It is a supernatural fiction that revolves around female serpents taking revenge or fulfilling some incomplete tasks in the human world.

The first season got a lot of viewership because of the attractive couple of Mouni Roy and Arjun Bijlani. Everyone loved their chemistry and the unusual love story. The story went further in season 2 which starred Mouni Roy, Karanvir Bohra, and Adaa Khan. Nagin has six seasons until now that all relate to one another with the generational plots and stories following. 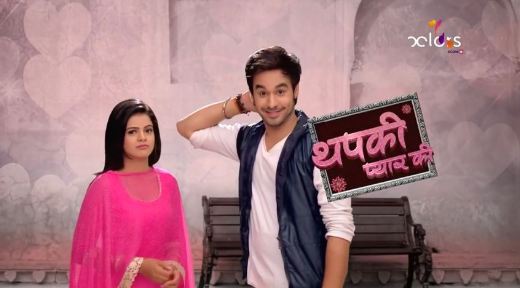 Thapki Pyar Ki was a meaningful drama that taught a lot to people with insecurities. The drama was about a girl named Thapki Chaturvedi who had a stammering problem. It shows her journey towards empowerment. Season 1 of Thapki Pyar Ki had 704 episodes and starred Jigyasa Singh, Manish Goplani, Nitanshi Goel, Ankit Bathla, Sheena Bajaj, and Monica Khanna.

Season 2 of the show came on-air from 4 October 2021 to 8 April 2022. It shows how people with some insecurities need a little push to define their lives. 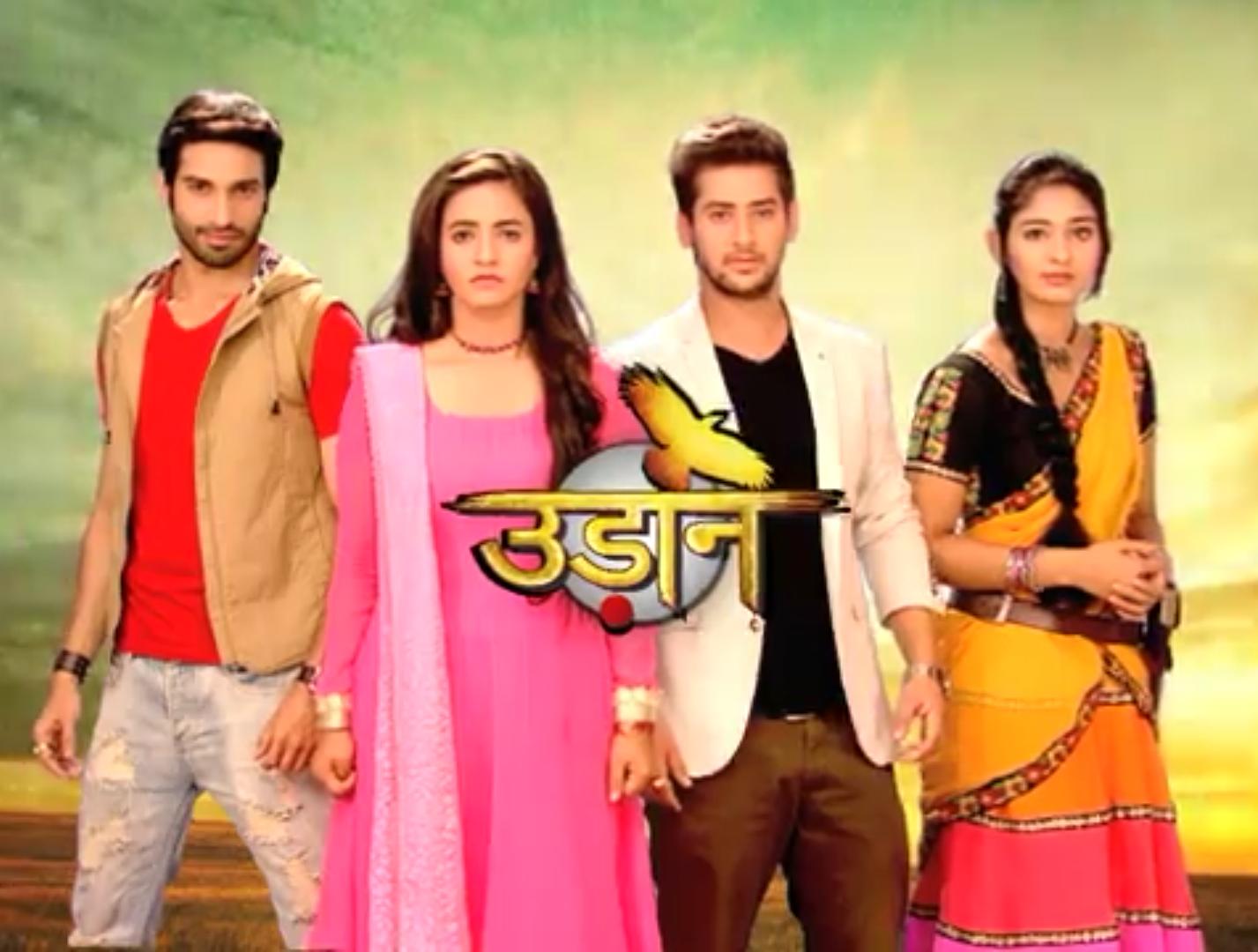 Udaan was a unique drama in the history of Indian dramas. The plot focused on child labour and issues caused by landowners in the villages. It was helpful in spreading awareness regarding the dilemma of peasants, financial difficulty, and child labour.

The story was about a little girl Chakor who ran away from the labour of landowners of her village. She creates her own life in the city and turns into a powerful woman in the end. It is also one of the longest-running soap operas in drama history. 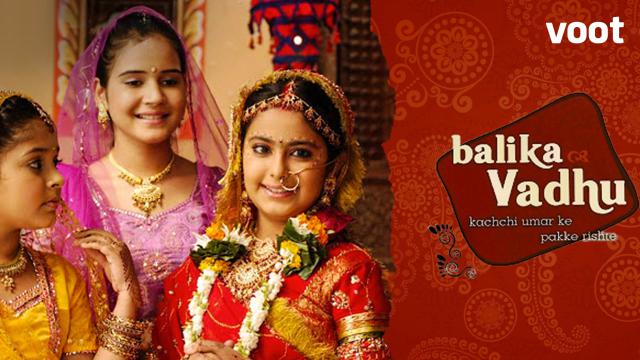 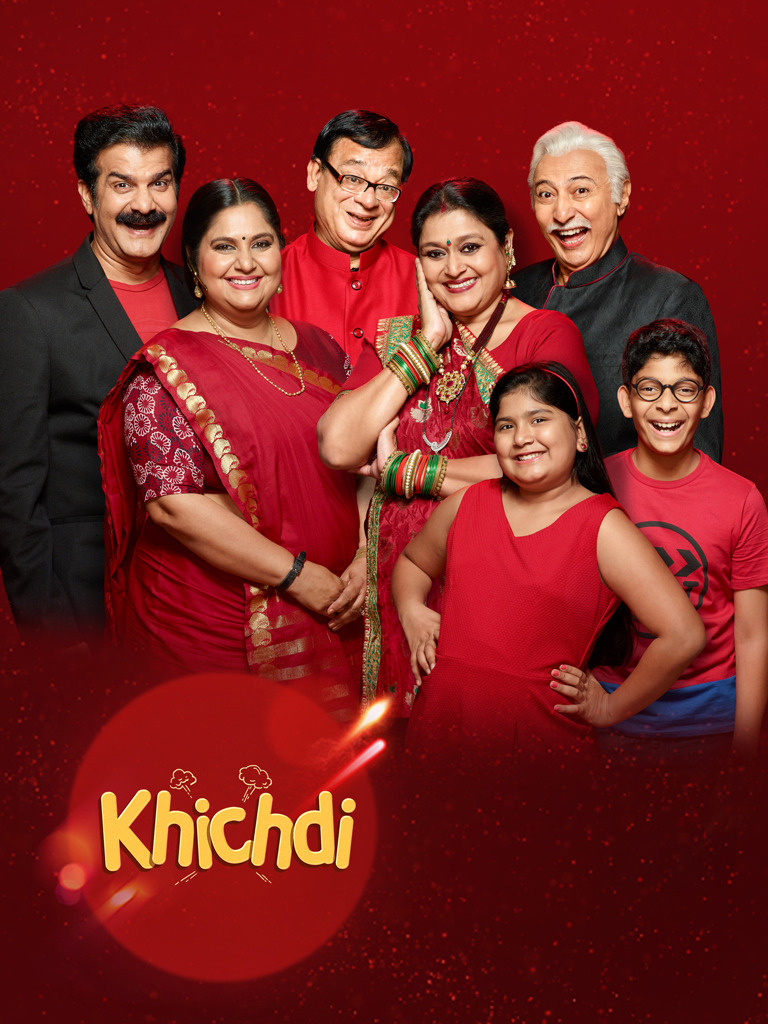 Khichdi is one of the oldest comedy dramas in India. Each and every episode was full of gusts of laughter due to some brilliant comic actors. It is a famous Hindi Sitcom with 3 seasons. It debuted on Star Plus in 2002.

Khichdi is a comic drama revolving around a Gujrati family that lives in an old ancestral mansion. All the characters are willing to get their share of the property and get separated. However, their father thinks otherwise and could not let his house get sold. Therefore, the members, humorously, wait for the father to change his mind or stop breathing so they get what they want. 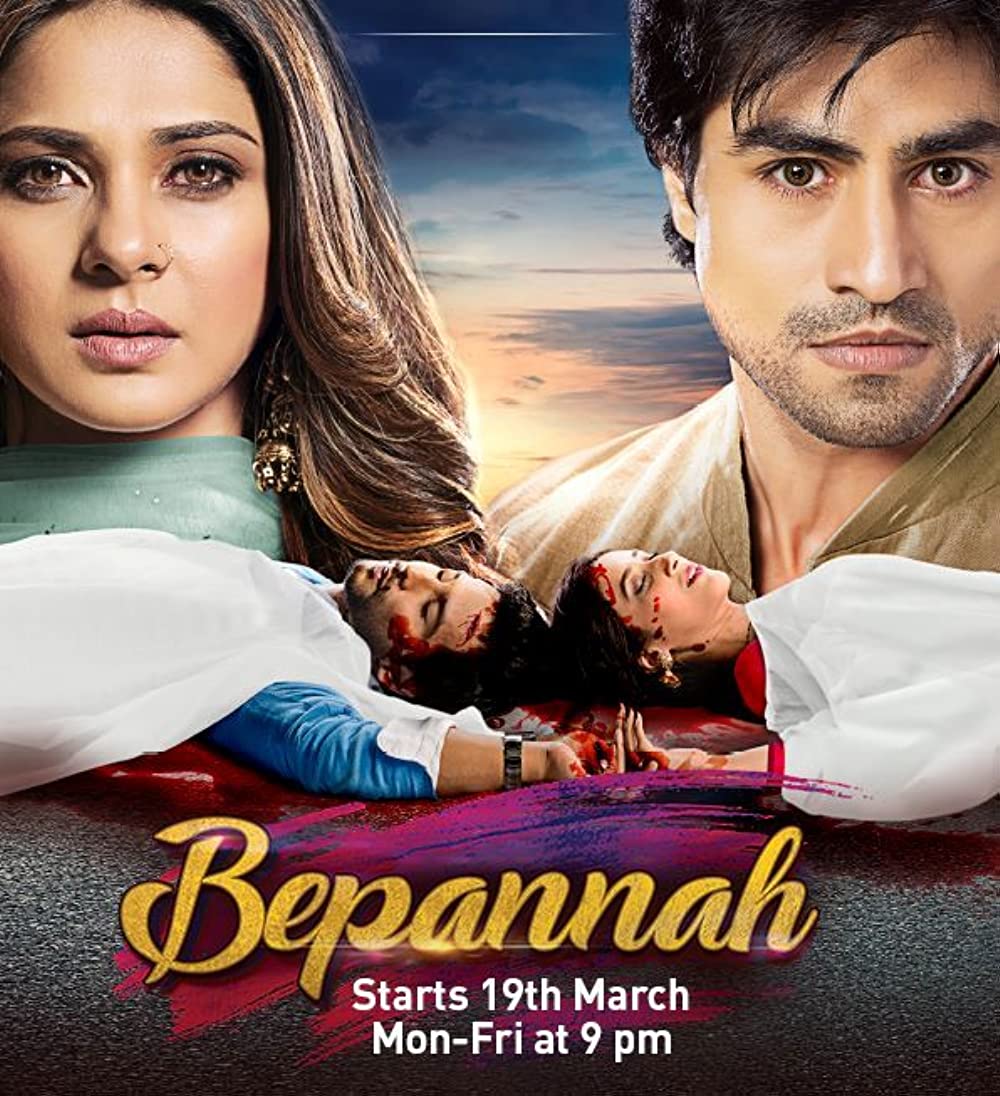 Bepanah was a short romantic drama that aired on Colors TV from 19th March to 30 November 2018. Fans really liked the on-screen chemistry between Jennifer Winget and Harshad Chopra. They get together, in the drama, in the roles of Aditya and Zoya. They were already married but their spouses of them both cheated on them each other.

Fate got them into a road accident and they died. This leaves Aditya and Zoya in anger and denial. Zoya tries to commit suicide but is saved by Aditya and then they gradually follow the path of love. 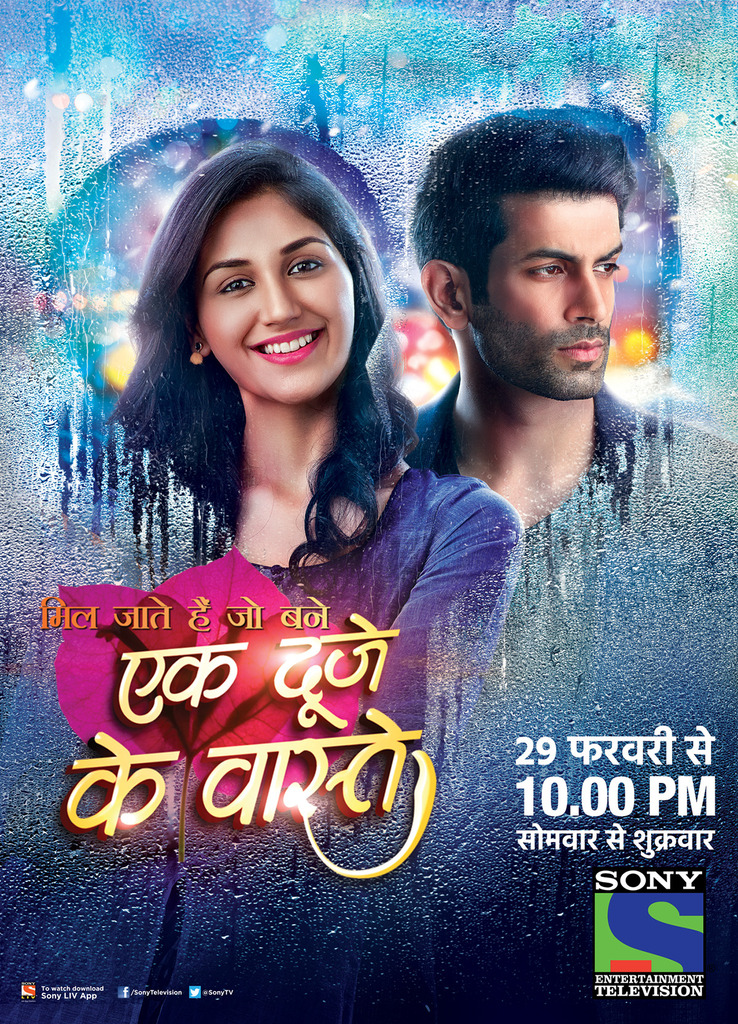 Ek Duje Key Vaste came on-air on Sony TV from 29 February 2016 to 7 October 2016. This was a romantic love story between two childhood friends who find love in each other in their adulthood.

Suman and Shravan were childhood friends who got separated because Shravan had to move to the UK for practicing law. Upon returning, he rejects Suman. Aditya, a family friend comes in between with whom Suman’s grandfather wants her to get married. However, he misbehaves with her and the wedding is called off. Following a few incidents, Suman and Shravan get married and confess their love to each other.