From Opening Ceremony till the Date

The cricket fever is on and spectators are going crazy with every single match. From the opening ceremony till the date, everything has been going so interesting and social media is all storming with fun statuses, posts and memes which shows that people are enjoying the event at the fullest.

The kick start of the PSL 2020 with the opening ceremony was marred by blunders in terms of management and the most highlighted of these blunders was the host Ahmed Godil who was being massively trolled over social media for his style of hosting the show. Some of them considered him a fake Shahrukh Khan while others said he was mimicking the accent of Prime Minister Imran Khan. According to the latest reports, PCB has suspended Ahmed Godil from PSL 5. Well… what to say about that!

As far as the matches are concerned, Lahore’s Gaddafi Stadium attracted the whole city to witness the game of heat on the thrilling ground. The score sheet shows that Islamabad United and Quetta Gladiators teams played 3 matches and marked their victory in two of them. Peshawar Zalmi, Multan Sultans, Karachi Kings and Lahore Qalandars played 2 matches each till the date. All of these teams managed to win 1 match each while Lahore Qalandars once again disappointed the fans with no victory. Check out the points table for details. Stay tuned and keep watching PSL 2020!

LAHORE, Pakistan: PSL 2020 Schedule and time is out. The Pakistan Cricket Board (PCB) has announced the schedule and time table of the HBL Pakistan Super League (PSL) 2020 to be held from February 20 to March 22. Below you would find complete info on PSL 5 date, time and match lineups.

Finally, the conducive and peaceful environment in Pakistan has paved the way for holding the entire fifth edition of Pakistan Super League (PSL) at Home, which would surely add further impetus to the event.

So far the extremely passionate and cricket-loving nation has mostly remained complacent to watch its heroes accompanied by some of the huge names from across the cricketing world battling for glory on TV Screens only. However, now the time has arrived to bid adieu to their deprivation letting them experience, what the entire nation has been waiting for for years.

The month-long HBL PSL 2020 will go underway on February 20, offering the full opportunity to the spectators to flock to Stadiums in four Cities; Lahore, Karachi, Rawalpindi & Multan for experiencing the excitement and spectacular cricket live.

The tickets of the PSL Matches are now available from (today) January 20, 2020, on yayvo.com, the Official Partner for all PCB Tickets in Pakistan.

As per the administration, PSL 2020 tickets will be available in more than 30 Centres across the Country.

The tickets of the inaugural match will be the most expensive ones as they would range from Rs 1,000 to Rs 6,000 while the maximum ticket price for the final at Gaddafi Stadium in Lahore on March 22 will be Rs 5,000.

Of them, 14 matches will be played at Gaddafi Stadium Lahore, nine at National Stadium Karachi, eight at Rawalpindi Cricket Stadium while three will take place at Multan Cricket Stadium.

The recent few months have been of great significance for Pakistan Cricket as they marked the return of International Cricket to the formerly terror-stricken Country with the tour of Sri Lanka. Now, all the players are geared up for PSL 2020.

Now hopes are further mounting that as the security environment in Pakistan has rapidly been getting normalized for a while now, more International Cricket will be seen happening on Pakistani soil.

But another significant development has already been ascertained that finally Pakistan Super League (PSL) – the Country’s biggest franchise-based Cricket league – is about to entertain the spectators in its full-fledged form in the long-empty stadiums.

Therefore, you must be itching to have cognizance of everything about the fifth edition of HBL Pakistan Super League i.e. PSL 2020 Schedule and Time, PSL 2020 Tickets, Teams, Squads, or PSL 5 Squads, etc.

The Fifth Edition of HBL PSL or PSL 2020 will take place from February 20 to March 22 for which, four different venues have been picked which include National Stadium Karachi, Gaddafi Stadium Lahore, Rawalpindi Cricket Stadium and Multan Cricket Stadium. 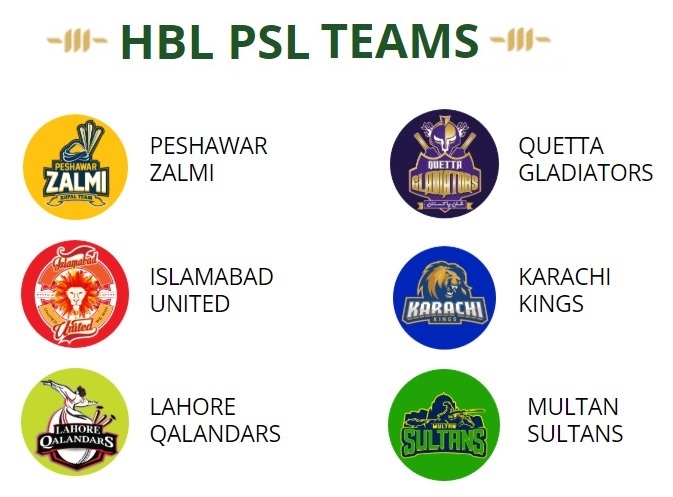 The T20 league will have 34 matches including the Final to be played among Karachi Kings, Peshawar Zalmi, Islamabad United, Lahore Qalandars, Quetta Gladiators and Multan Sultans.

Like the previous HBL PSL editions except the first one, again six teams including Lahore Qalandars, Karachi Kings, Islamabad United, Multan Sultans, Peshawar Zalmi, and Quetta Gladiators will lock horn in the event. And if you are wondering about How to buy PSL 2020 tickets online, the tickets of HBL PSL 2020 will go on sale from January 20 on http://yayvo.com/psl-tickets.

For the first time since its first edition which took place in 2016, it would be the first edition that would entirely be held in Pakistan. As many as 425 Overseas Players from 22 Countries registered their interest in playing in the HBL PSL 2020. 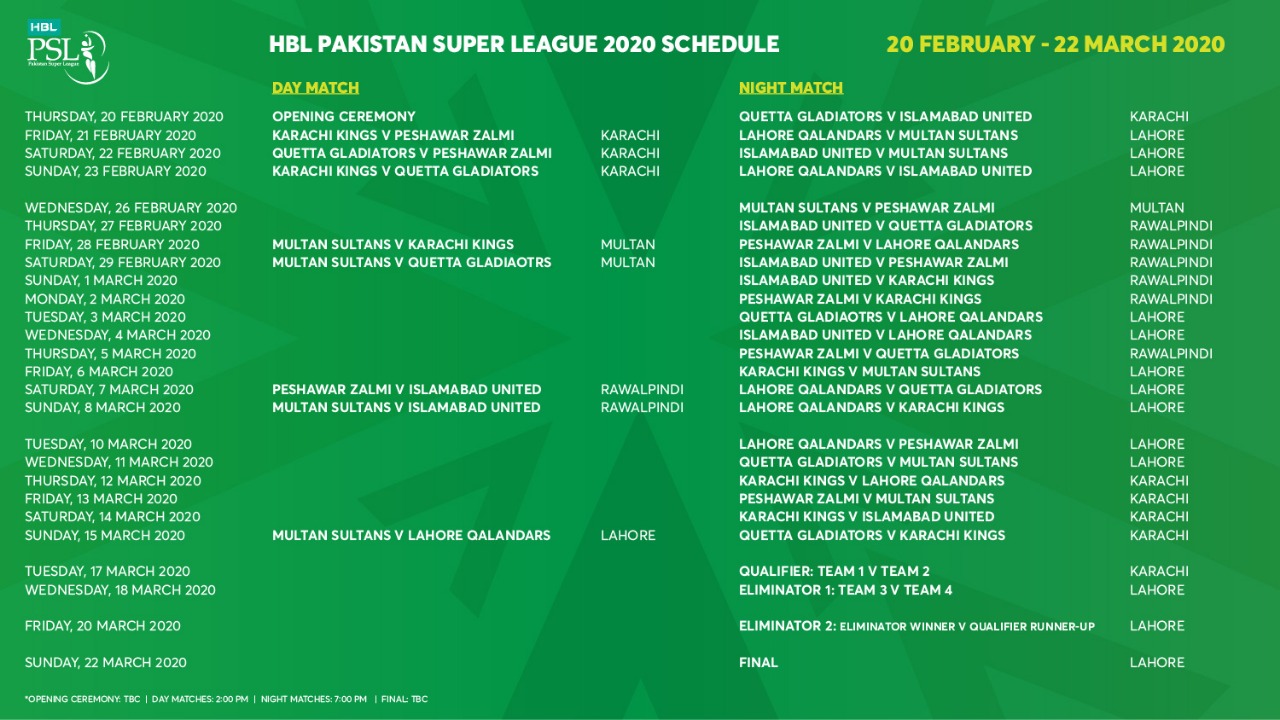 Take the Quiz and win up to 500,000 Rupees during PSL matches

TalkShot is a dedicated, focussed mobile app to talk with other fans and friends during live PSL matches and win up to Rs 500,000 of cash during the event. Click here to Install the app on your phone or click on the banner above.

Mati
Mati-Ullah is the Online Editor For DND. He is the real man to handle the team around the Country and get news from them and provide to you instantly.
Share
Facebook
Twitter
Pinterest
WhatsApp
Previous articleKashmir Solidarity Day: Kashmir is Saga of a Sleeping UN and Caged People
Next articleWhy every business should have a TikTok Profile in 2020