The MoU was signed by the Director General Radio Pakistan Samina Waqar and the Owner of Islamabad United Ali Naqvi at a Ceremony in Lahore.

The HBL PSL 2020 will be held from February 20 to March 22, in which a total of 34 T20 matches will be played at Gaddafi Stadium Lahore, National Stadium Karachi, Rawalpindi Cricket Stadium and Multan Cricket Stadium.

The two-time Champions Islamabad United will play five matches in Rawalpindi, three in Lahore and two in Karachi. 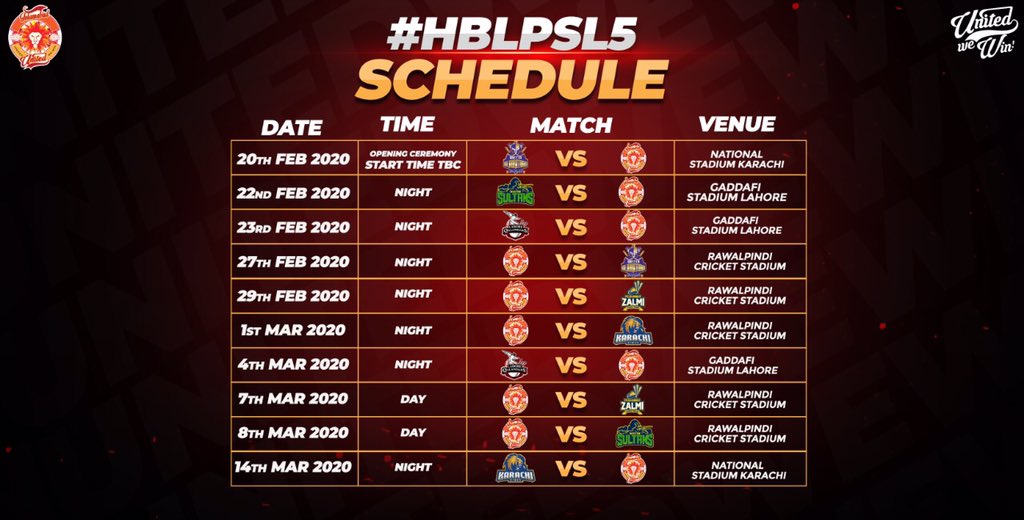 Mati
Mati-Ullah is the Online Editor For DND. He is the real man to handle the team around the Country and get news from them and provide to you instantly.
Share
Facebook
Twitter
Pinterest
WhatsApp
Previous article
Tax regime simplified for non-resident investors: State Bank of Pakistan
Next article
Significant security gains in Pakistan: Four suicide attacks occured in 2019 as compared to 11 in 2018
Share
Facebook
Twitter
Pinterest
WhatsApp