RAWALPINDI, Pakistan: General Asim Munir on Tuesday assumed charge as the 17th Chief of Army Staff (COAS) at an impressive Change of Command Ceremony at General Headquarters in Rawalpindi. 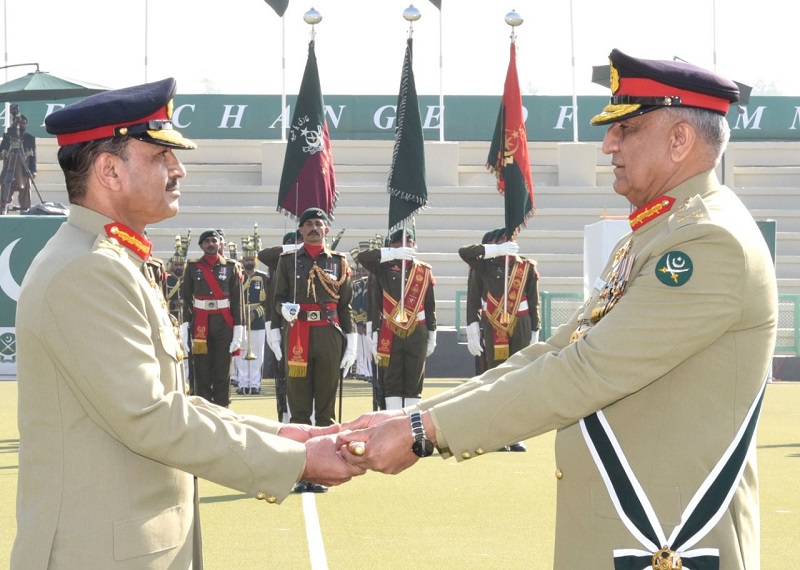 In his farewell address, General Qamar Javed Bajwa felicitated Asim Munir’s elevation to the seat of Army Chief, expressing the confidence that his promotion will prove to be highly positive both for the Country and Pakistan Army.

General Bajwa said that General Asim Munir is Hafiz-e-Quran, a professional and capable officer and a man of principal. He was confident that under the leadership of Asim Munir, Pakistan Army will achieve more successes and further serve and defend the Country.


The outgoing Army Chief said that he is honored to have served this great Army. He said that during his six-year tenure as the Army Chief, Pakistan Army tackled challenges be it the situation on the line of control, terrorism or the natural calamities.

General Qamar Javed Bajwa said that he is proud of Pakistan Army that despite limited resources it is fulfilling the responsibility of defending each nook and corner of the Country. He said that Pakistan today is abode of peace because of our sacrifices which are also acknowledged both by our foe and friends.

Before appointment as the Army Chief, Asim Munir was serving as the Quarter Master General at the General Headquarters. He also served as Corps Commander Gujranwala and headed both the Inter Services Intelligence (ISI) and the Military Intelligence (MI).

General Asim Munir is holder of the Sword of Honour. He was awarded Hilal-i-Imtiaz in March 2018.