Esra Bilgic had earlier spilled the beans over her will to work with popular Pakistani brands.

Great news has surfaced earlier today that the most loved and famous Turkish actress Esra Bilgic has become brand ambassador of QMobile. Esra Bilgic is well-known and crazily admired for her lead role in Turkish series Diriliş: Ertuğrul, aka Halime Sultan. Pakistani fans greatly admire her for her enchanting beauty.

According to the details, Esra Bilgic would be seen as Brand Ambassador of QMobile’s View Max Pro series which makes QMobile the first Pakistani brand to have any celebrity from Diriliş: Ertuğrul series on board. 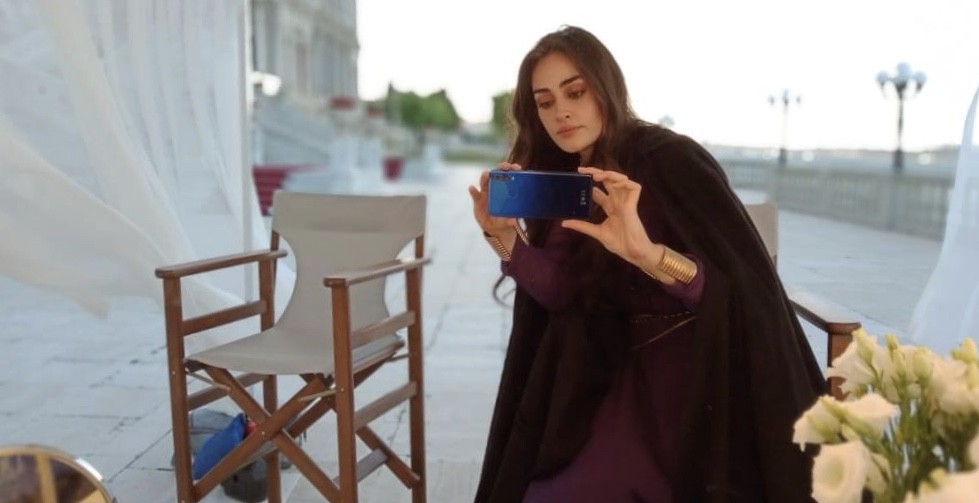 The CEO and Chairman of QMobile, Mr, Zeeshan Akhtar commented that, “It has always been our vision to bring innovation in Pakistan through our products, technology, and advertising. During the current times, we hope that this project will be a pleasant surprise for the Pakistani audiences and a benchmark for more collaborations of Pakistani brands with global celebrities”.

The love of the fans from Pakistan for Esra Bilgic is on the one end and the actress’s response came up as a post in Urdu language which turned out to be great surprise for everyone.

Esra Bilgic left her fans from Pakistan in surprise with a post in Urdu language on her Instagram where she hinted that she is all set and willing to work for Pakistani brands.

According to details, in an interview, Esra Bilgic had earlier spilled the beans over her will to work with popular Pakistani brands and she said that she will soon be working on it. Esra revealed this amazing news and shared it with her fans on Instagram in a post written in Urdu language.

The most popular actor and host Yasir Hussain has always been known for his controversial statements and reactions on certain issues. This time, when QMobile has announced to make Esra Bilgic brand ambassador for View Max Pro series, he has once again stepped forward to express his sentiments.

Yasir Hussain commented, ” Don’t you think that the brand ambassador of Pakistani brand should be Pakistani? Neither an Indian nor Turkish??? Pakistan Zindabaad”. 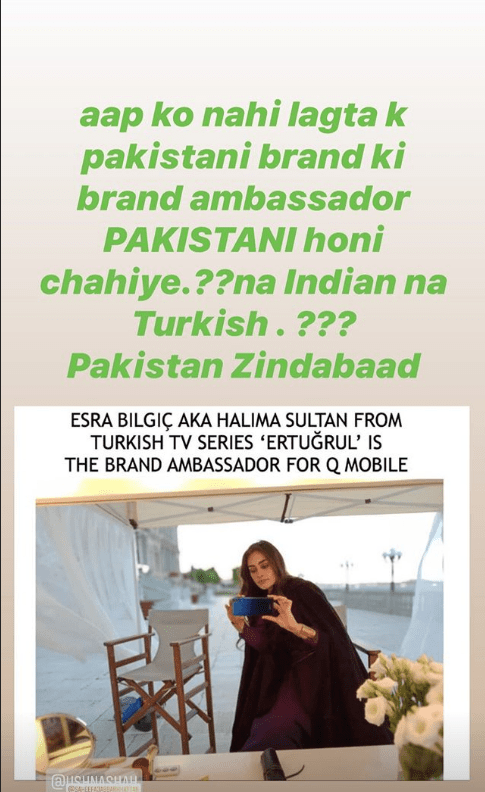 Esra Bilgiç appeared as Halime Hatun in the series, but in 2018 she left Diriliş: Ertuğrul because of the changes in the new season; her character, however, died in 1281, and not as early as it was shown in the TV series.

Esra also appeared in Bir Umut Yeter. In 2019, Bilgiç was asked to play a leading role in the film Adaniş Kutsal Kavga. The film will be released in March, 2020. She is currently the female lead in the Turkish crime-drama TV series Ramo, with co-stars Murat Yıldırım.

She has won five awards as Best Female actress for Diriliş: Ertuğrul from year 2014 to 2016. Her work in this series is being considered as remarkable of all times. She gained much popularity from this series and that’s the reason she has around 2.5 M followers on her Instagram.

Wardah Farooqi
Wardah Farooqi has been working as a writer for 6 years. She also worked at Dunya News, Live Pakistan Magazine, and numerous local as well as international platforms. When she isn't writing, you can find her assisting people in bringing out the best!
Share
Facebook
Twitter
Pinterest
WhatsApp
Previous articleShield Corporation pledges to offer Free Online Pediatric Consultation in Pakistan
Next articleTiger Force will help in plantation drive: Usman Dar