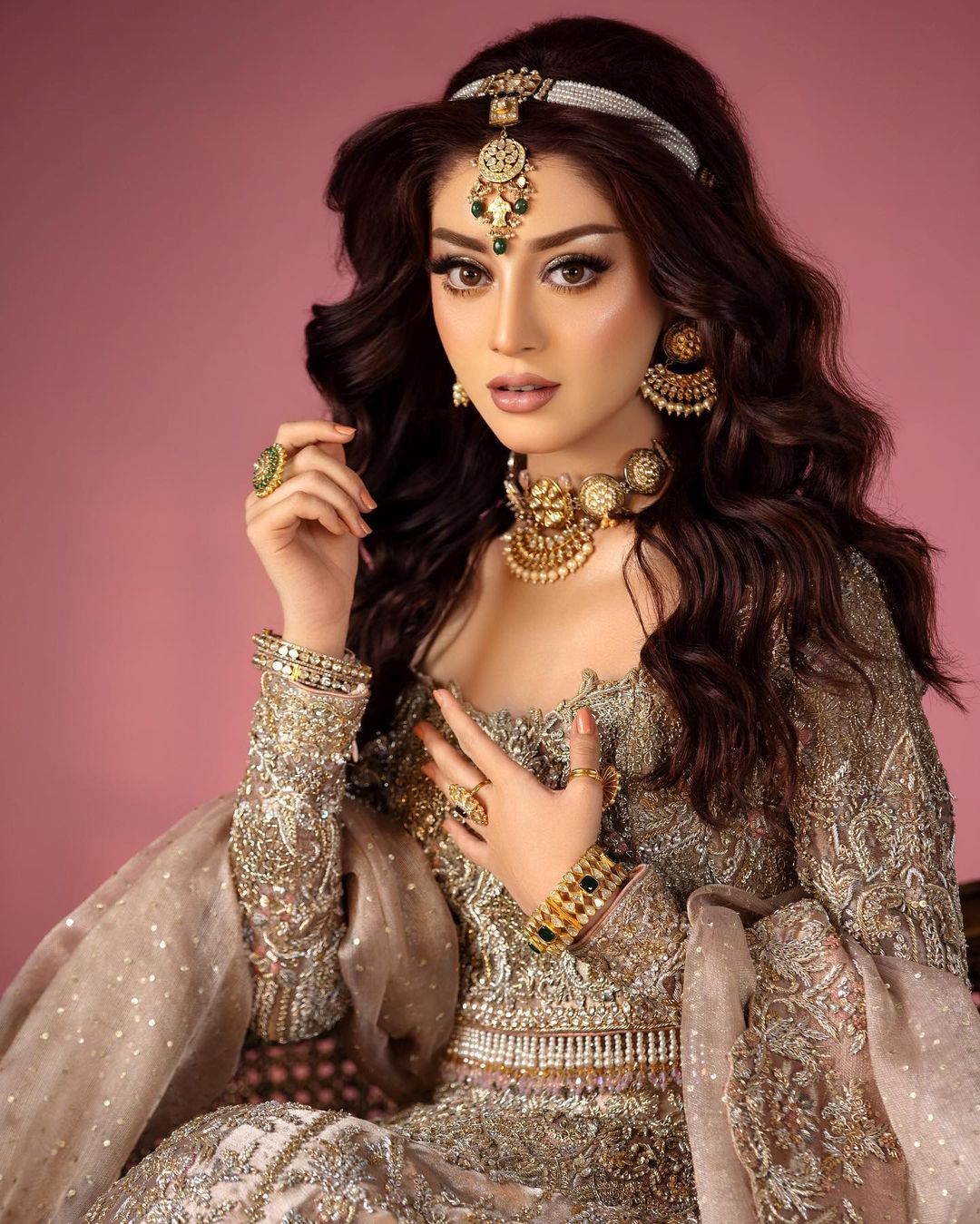 Alizeh Shah is known for her timeless beauty. Her flawless skin and her big bright eyes make her look like a princess. Once again she has made all her fans stare at her with her new photoshoot. Alizeh Shah viral shoot is taking away everyone’s breath because she is all dolled up like Princess Jasmine in a classical traditional outfit.

She recently did a bridal makeup campaign with Maryam Azhar Salon and both have done a perfect job. Maryam Azhar chose golden and bronzy makeup for Alizeh Shah viral photoshoot. Her hair is perfectly blown out with bouncy curls falling down her shoulders. The amazing actress wore Farah and Fatima’s dreamy gold bridal attire. The makeup, dress, jewelry, and beauty are complementing each other perfectly.

Also, the photography is outclassed. Azeem Sani has captured this beauty for Alizeh’s fans to behold forever.

Take a look at the shoot here: 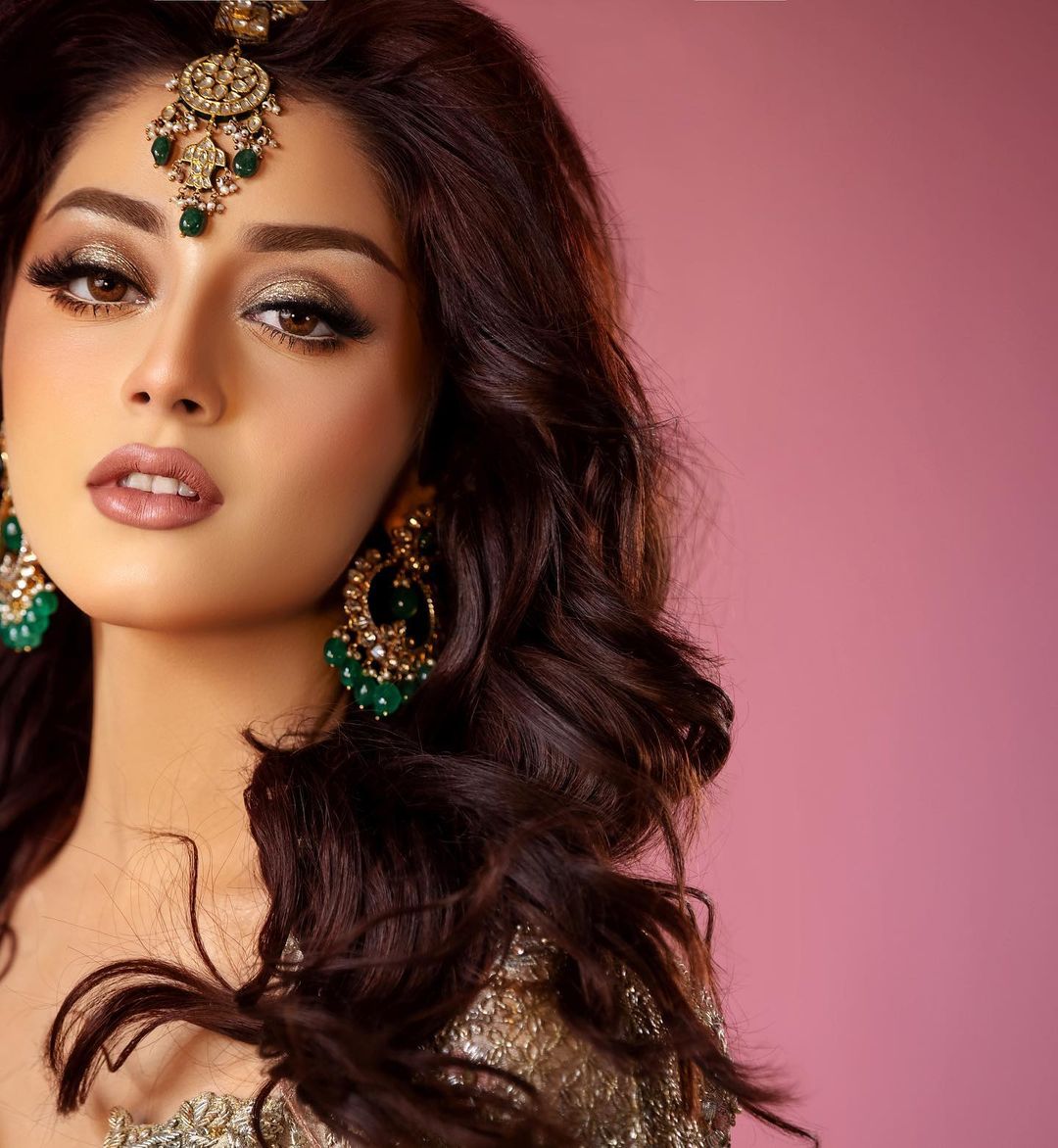 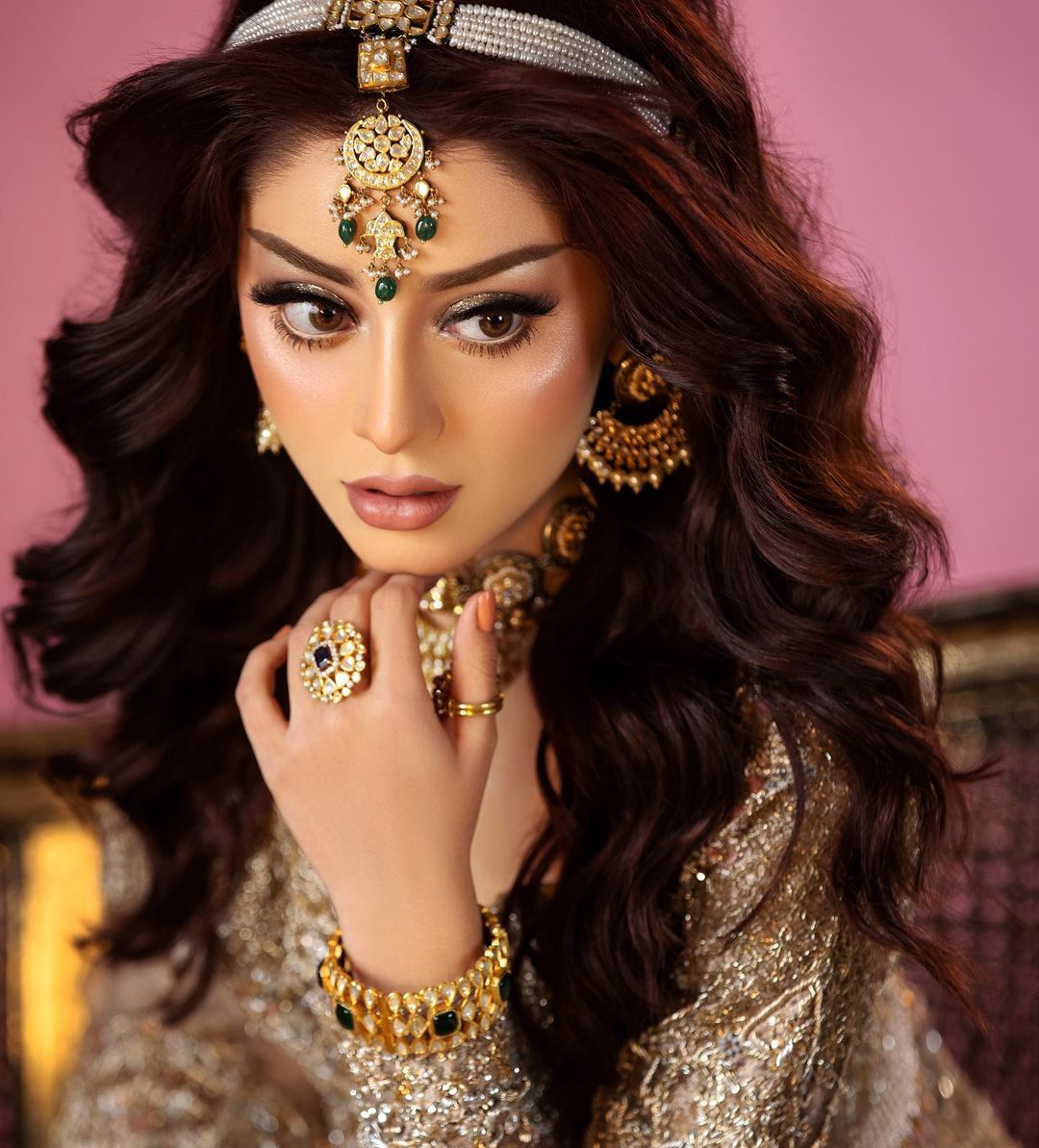 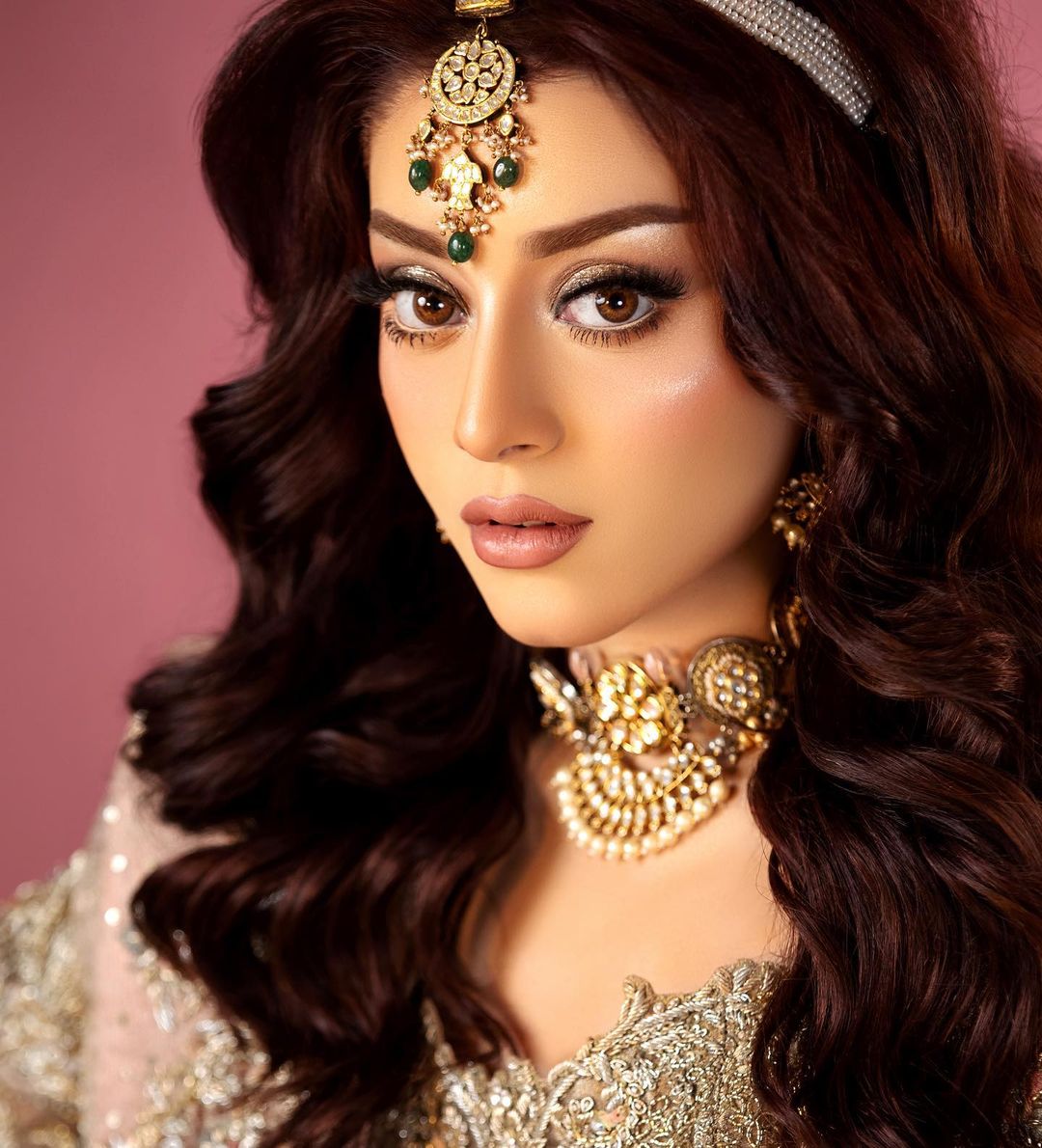 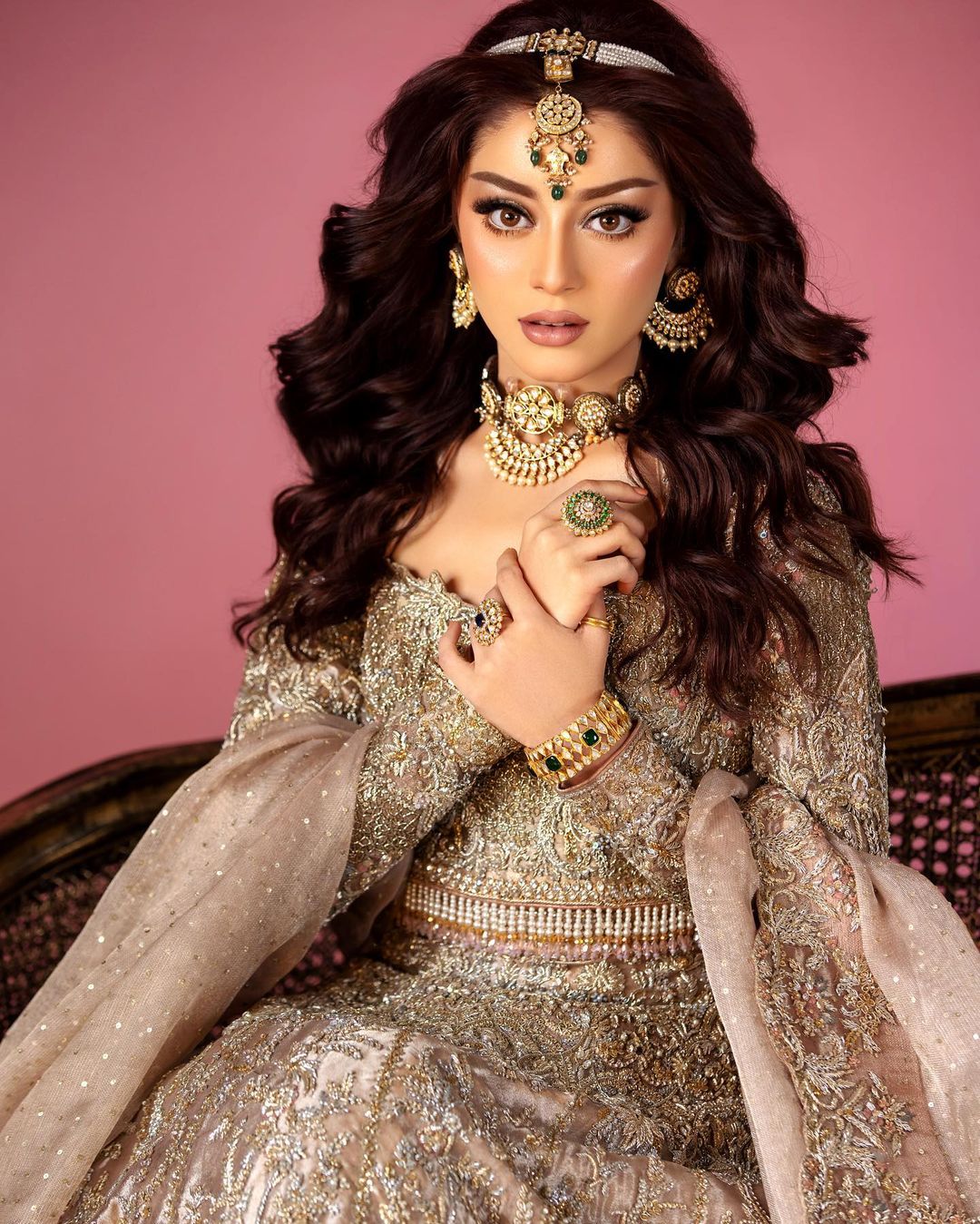 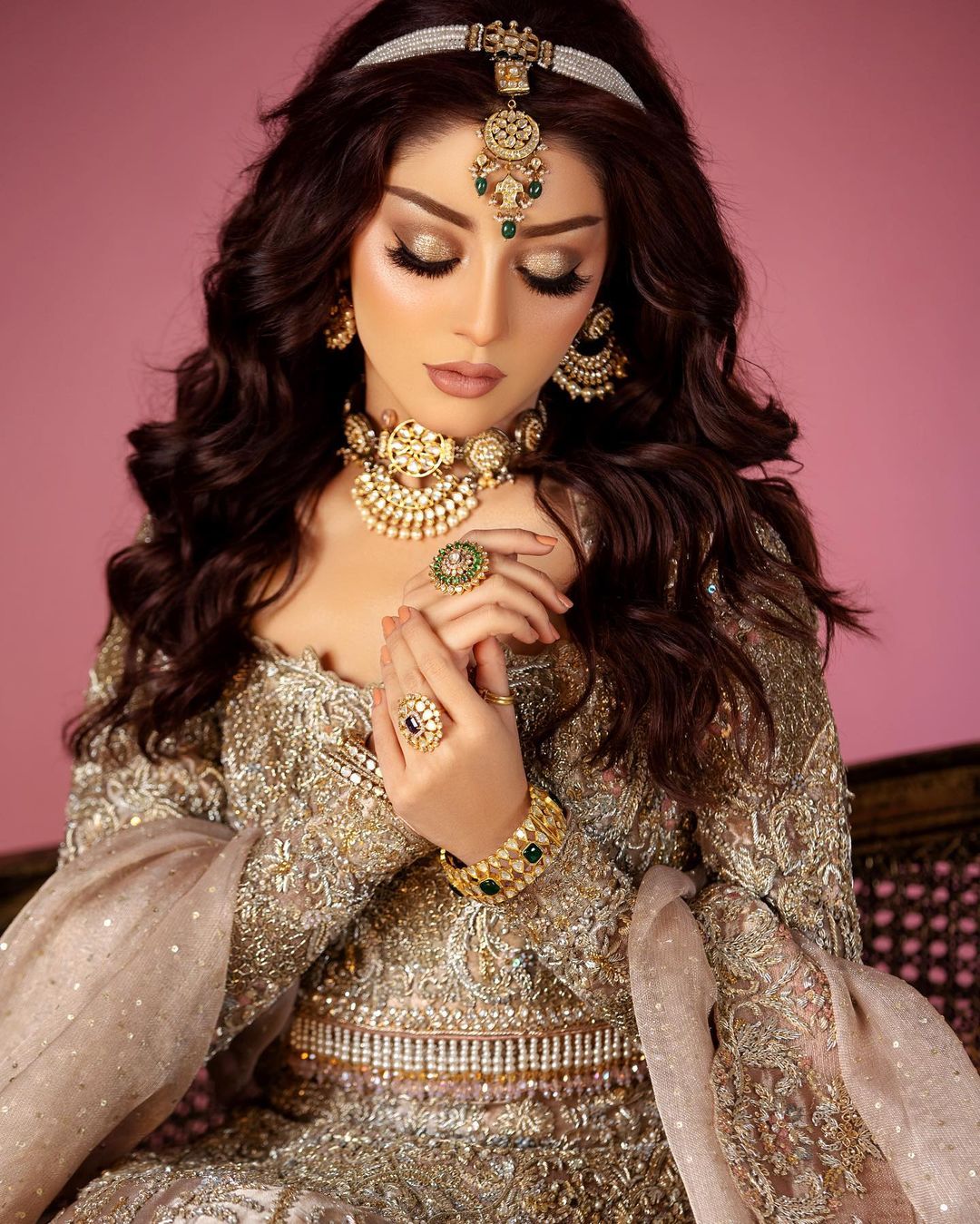 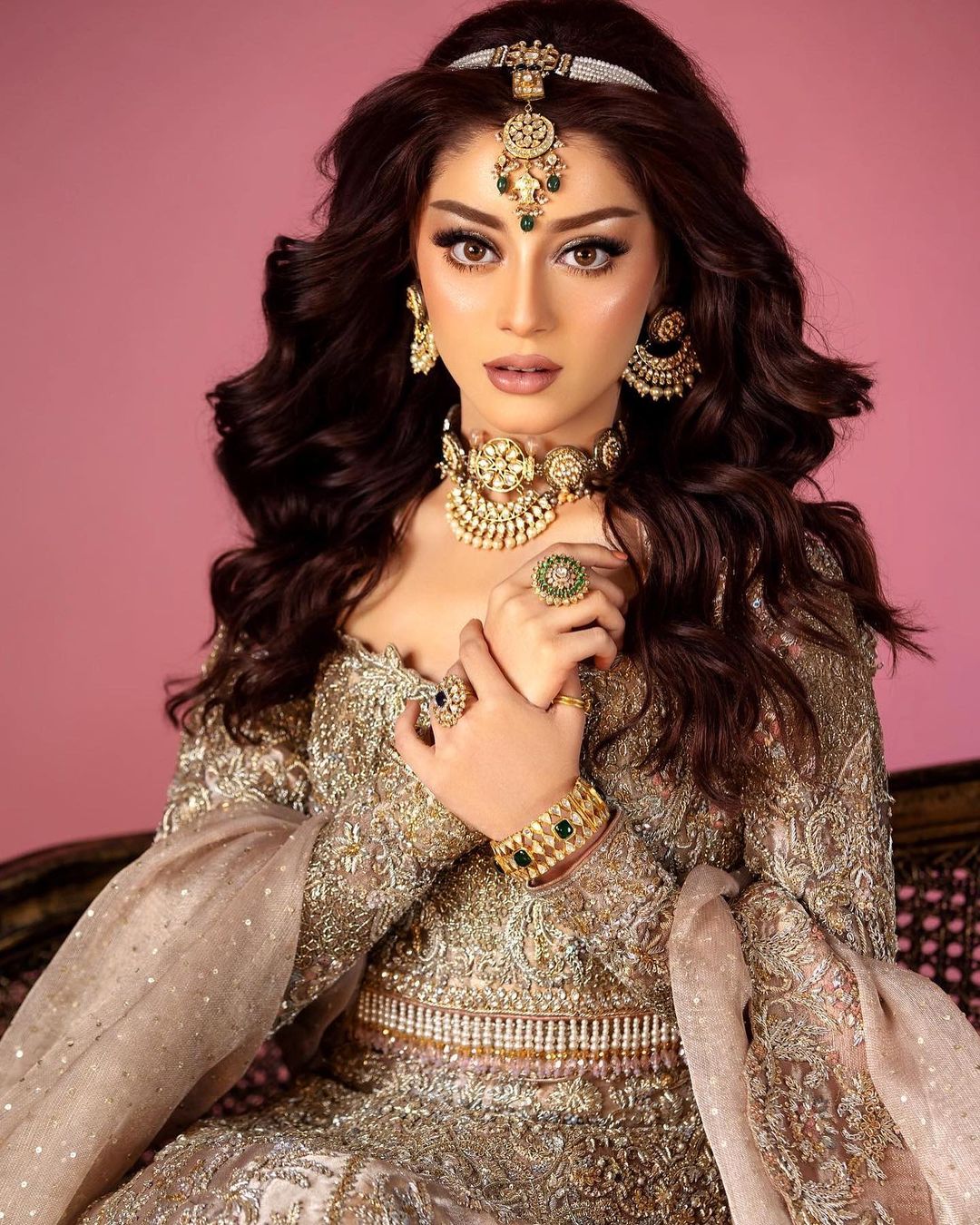 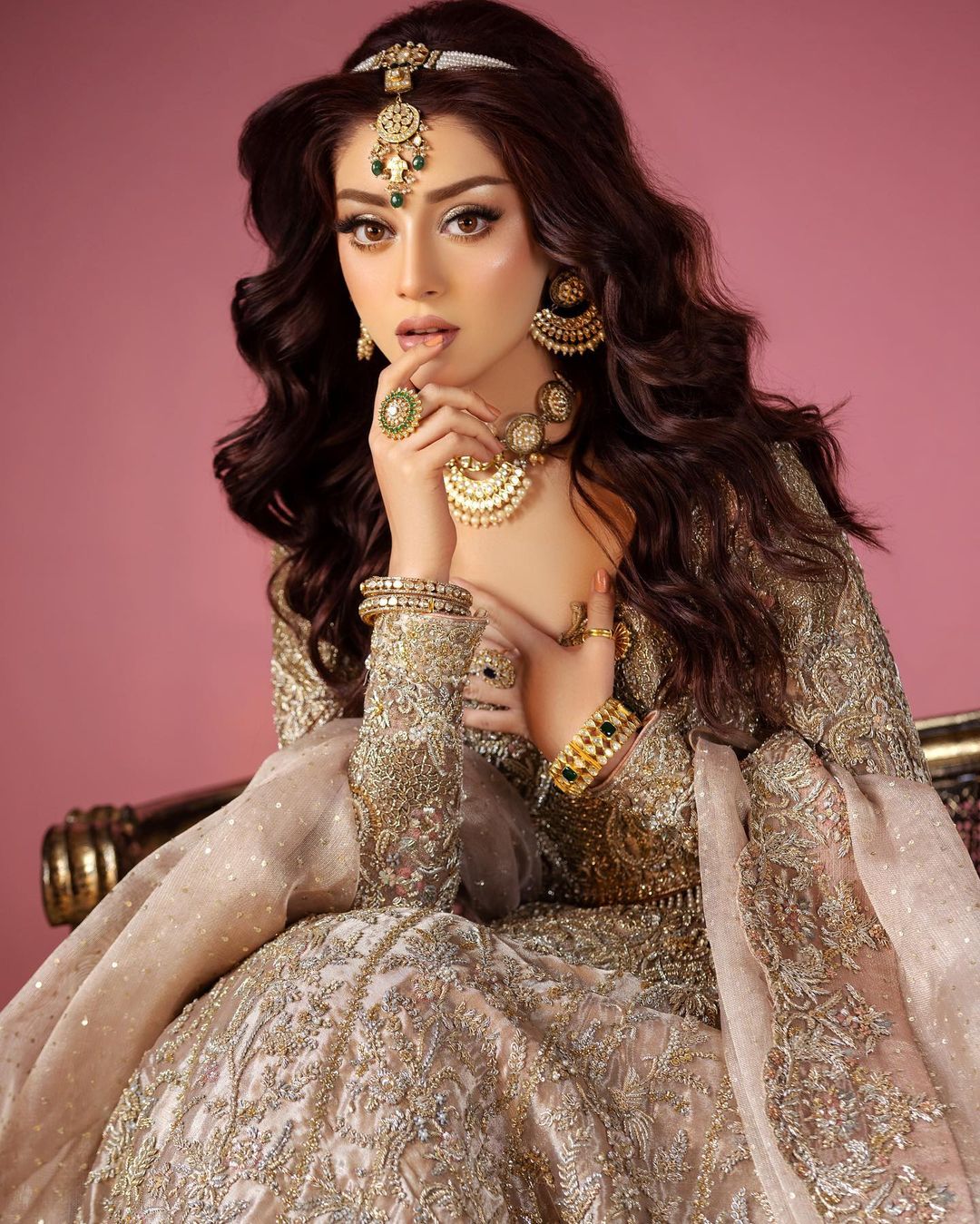 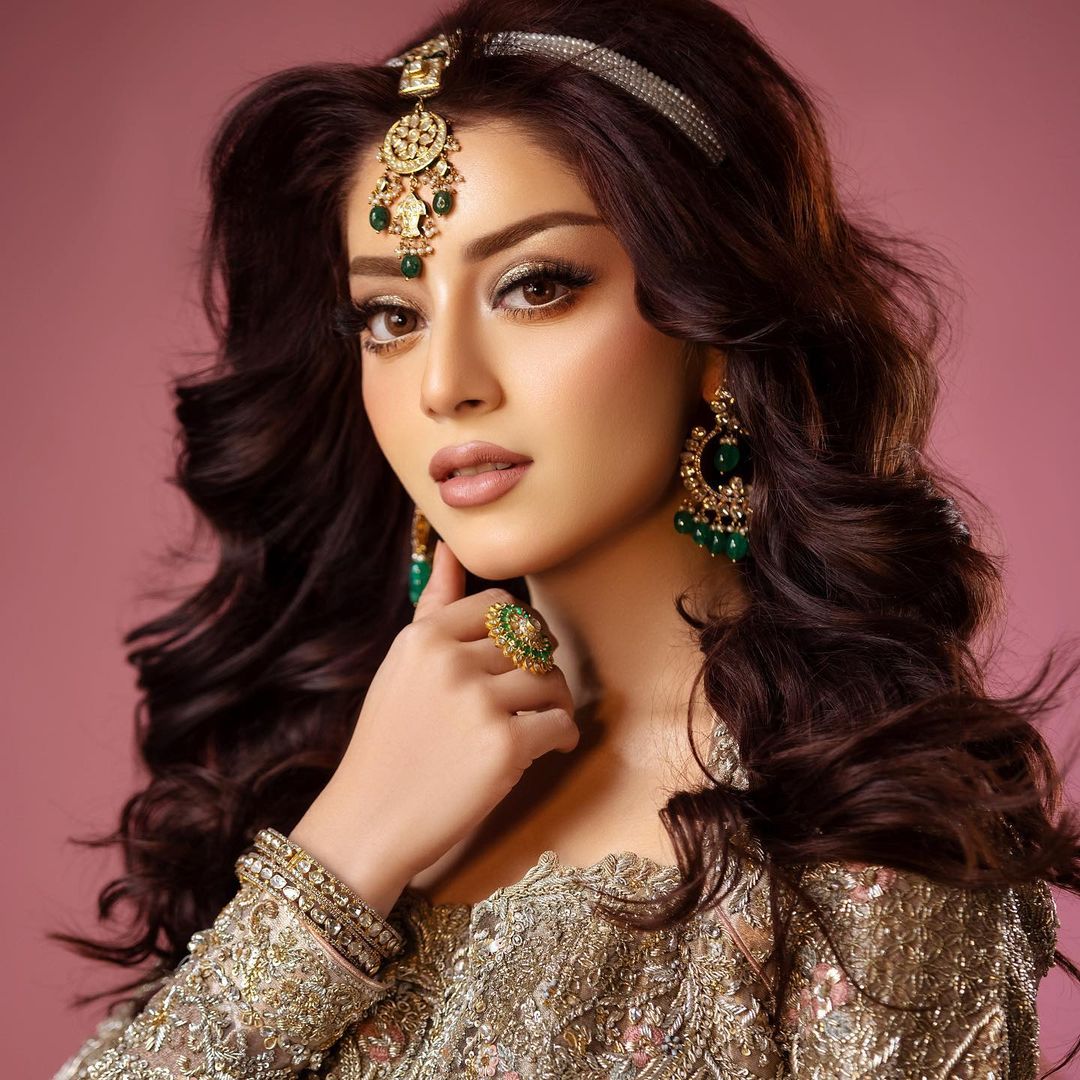 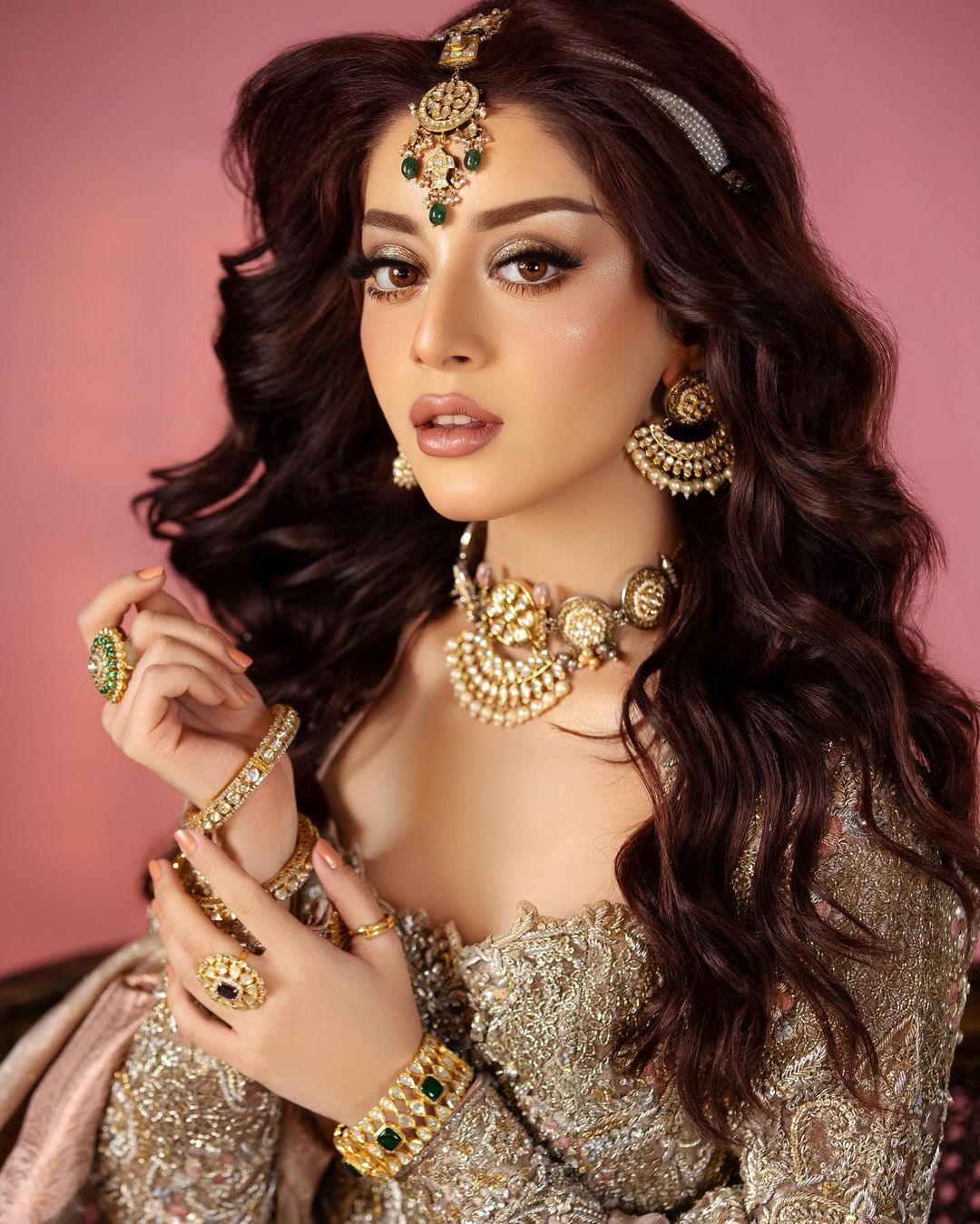 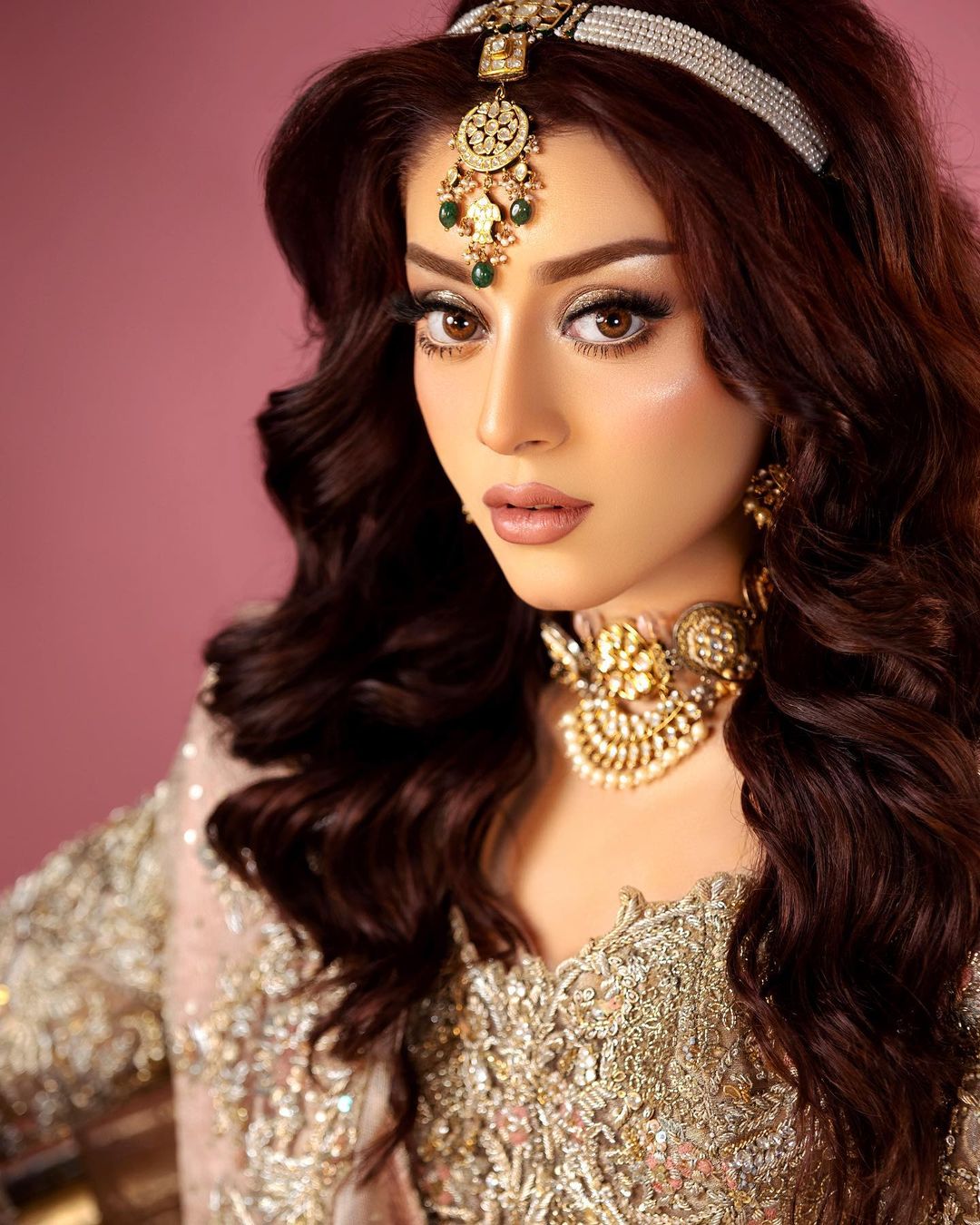 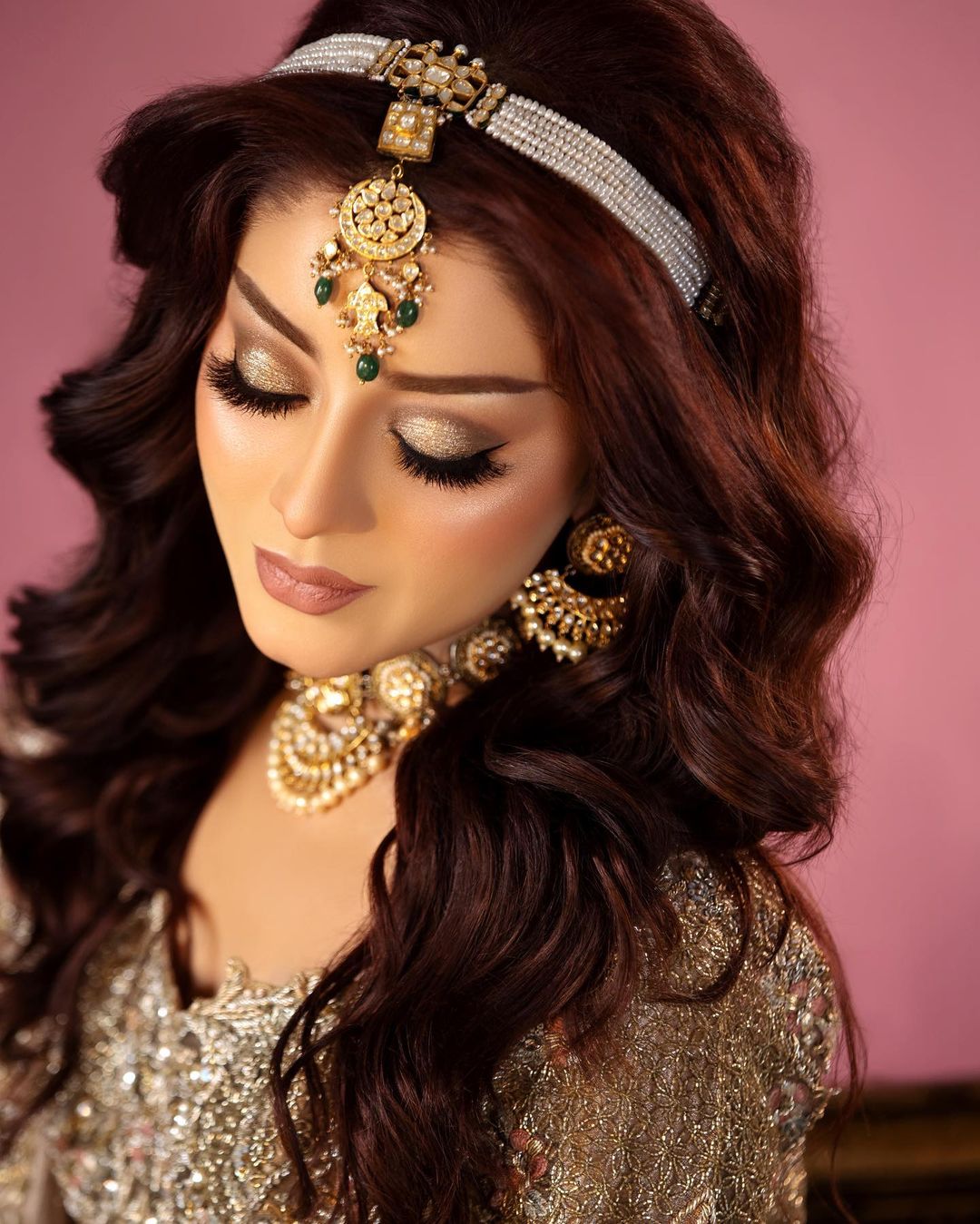 Along with being amazingly beautiful, she continuously transforms herself. She recently put on a lot of weight but after Alizeh Shah weight loss, she is back in action. Speaking of her acting skills, her acting is natural and mesmerizing for the viewers. After her reappearance on the TV screen, the famous Ehd-e-Wafa actress is showcasing her acting skills in Taqdeer drama. She is working opposite Sami Khan in the lead role.

She has always tried to improve herself and stay popular. Whether it is her beauty, her acting, singing, TikTok, or some scandals, Alizeh knows how to make her space. Along with being a good actress, she has a euphoric voice. Alizeh sings very well in her melodious voice. Earlier, she used to post some videos of her singing song covers. However, she showed her vocals in Falak Shabbir’s music video, Yaadan. The song is praised by a lot of people. Here’s the song: