MUZAFFARABAD, Pakistan: The fourth martyrdom anniversary of Kashmiri youth leader Burhan Muzaffar Wani is being observed on Wednesday to pay glowing tribute to the young martyr and reiterate the pledge to continue the struggle for Kashmiris’ right to self-determination.

The 22-year-old top Hizbul Mujahideen Commander Burhan Wani was martyred along with his two associates on July 8, 2016 in Kokernag area of Indian Occupied Kashmir’s Anantnag district.

His death triggered massive anti-India and pro-freedom protests across the Indian Occupied Jammu and Kashmir (IOJ&K) and reinvigorated the just struggle for Kashmir’s freedom. 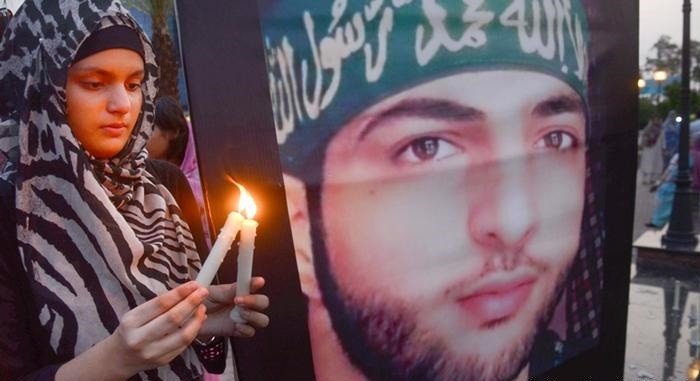 To mark the fourth martyrdom anniversary of Burhan Wani, a complete shutdown is being observed in IOJ&K today on the call of the veteran Hurriyat leader Syed Ali Gilani and the All Parties Hurriyat Conference (APHC).

The objective of the strike is to convey a message to the world community particularly the United Nations that the people of Jammu and Kashmir completely reject the forcible occupation of their motherland by India.

As per the APHC Spokesman, July 8 is being observed as Youm–e-Istiqlal [Freedom Day] to reiterate the Kashmiris’ resolve that they would continue their struggle for the right to self-determination through thick and thin.

Meanwhile, to mark the martyrdom anniversary of Burhan Wani, protest demonstrations are being across Azad Kashmir to pay tributes to the martyrs and to draw world attention towards massive human rights violations by Indian troops in Occupied Kashmir.

The Kashmir Liberation Cell, Pasban-e-Hurriyat, and other social and political organizations have arranged protest rallies and demonstrations in all big and small cities and towns of the state.

In Muzaffarabad, main protest gathering is being held at Burhan Muzaffar Wani Chowk. A rally is also being taken out by Pasban-e-Hurriyat in Muzaffarabad.