12 Best Urdu Novels That You Must Read

Novels12 Best Urdu Novels That You Must Read
Novels
By Duaa Naeem
September 21, 2022 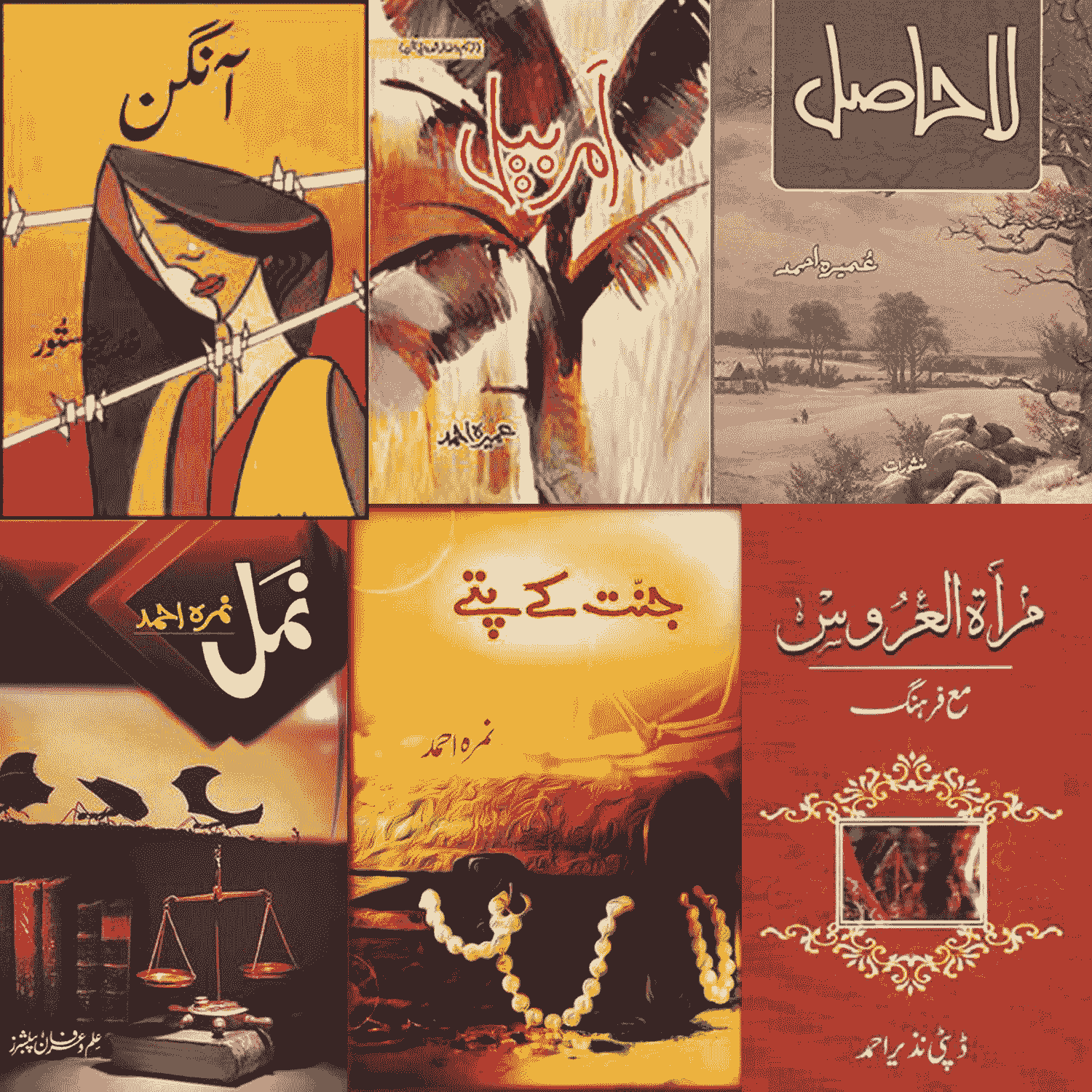 Back in time, people did not have any modes of entertainment as they have now. Now people spend most of their time with technology. However, novels played a major role for the people in earlier times to keep them entertained and aware of the world. Especially, for females, novels brought relief to them amidst their tough domestic routines. There are still people who hold a love for literature and want to explore more of it. Here are some of the best Urdu novels that you must read.

Reading is a way that allows people to escape from their life problems. The fictitious characters and setting of the novels take the readers to an entirely different world which keeps them happy and delighted. The utopian idea that is created with the best choice of words keeps the readers engaged. The picturization of the heavenly perfect characters heightens the standards of people. So, here are some best Urdu novels that could drag away all the mess from your life. 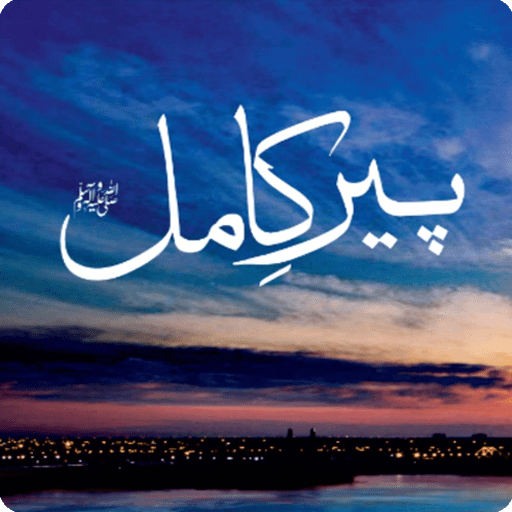 Peer-e-Kamil is a widely read novel in Urdu literature. Umera Ahmad wrote it and published it in 2004 in Shua Digest. Not only among the people of Pakistan but outside Pakistan as well, Peer-e-Kaamil has a great readership.

The story involves Salaar Sikandar, the character crush of almost every reader who has read it and Imama Hashmi, the pure innocent girl. Imama belongs to a family that does not believe in the finality of the Prophethood of Hazrat Muhammad (PBUH). She wants to convert to Islam. She meets Salar who falls in love with her.

Salar is a handsome young man with an IQ of 150 but has problems in understanding life. The story revolves around the spiritual development of their characters which makes them fall in love with each other. In the end, they get married. This novel is best for people who want to have a spiritual awakening in their life. 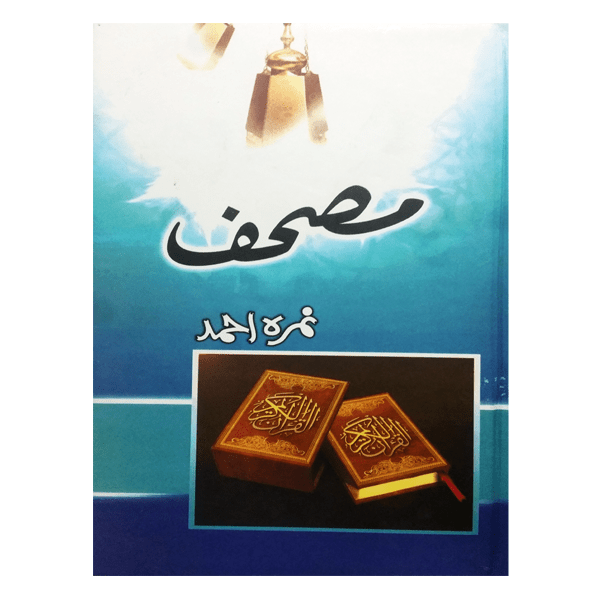 The story roams around a girl Mehmal Ibrahim who had lost her father and lives with her uncle and aunt. Her mother also lives there. However, the behaviour of her uncle and aunt is not cooperative with her and her mother. Their behaviour breeds anger and ingratitude in her character.

Then she meets a girl who holds a book with a black cover. The girl claimed that this book will change her life and has a solution to all her problems. After that, she started reading Quraan to understand the meaning of her life and found peace. This is how she got her religious awakening and many readers too got closer to Quran after reading this novel. 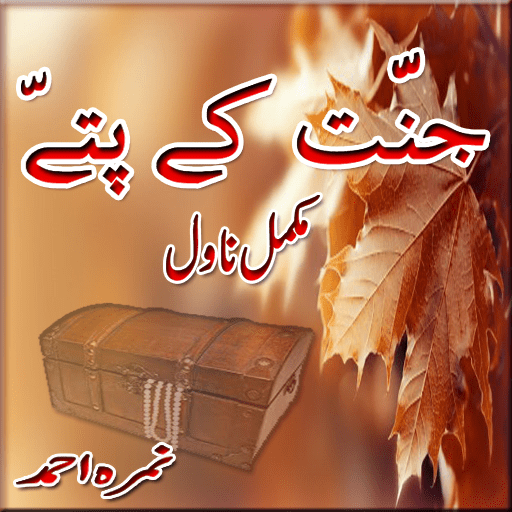 Jannat Kay Pattay is another religiously awakening novel for the readers. The story is about romance, emotions, and suspense. The main characters are ‘Haya’ and ‘Jahan Sikandar’.

Haya belongs to a rich and modern family but she turns into a Hijabi girl. Her family criticises her decision but she remains steadfast and close to her God. Meanwhile, she also understands the reality of society, specifically men. The whole novel takes her through a mysterious journey of how she goes from a modern rich girl to a modest and religious girl. 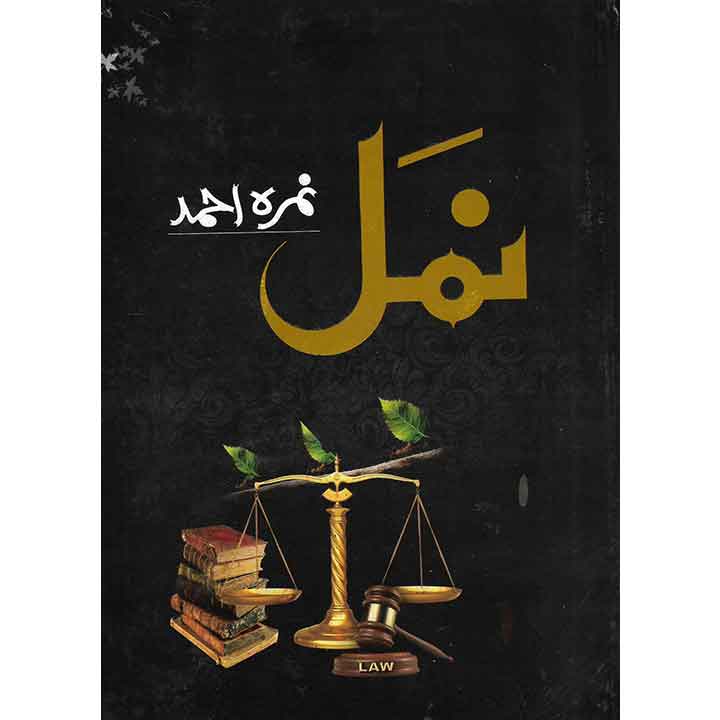 Namal is based on Quran’s Surah Namal which means ants. This novel by Nemrah Ahmad shows how human beings are the weakest elements of the Earth like the ants. It is a murder mystery novel in which Fariz Ghazi is trapped.

Fariz Ghazi is an intelligence officer who is accused of killing his step-brother and wife. He was also sentenced by the court but in actuality, he is not the murderer. The plot shows a murder case, the importance of money and the prevailing evils of our society. This novel too, like others of Nemrah Ahmed, shows the spiritual awakening of the characters. 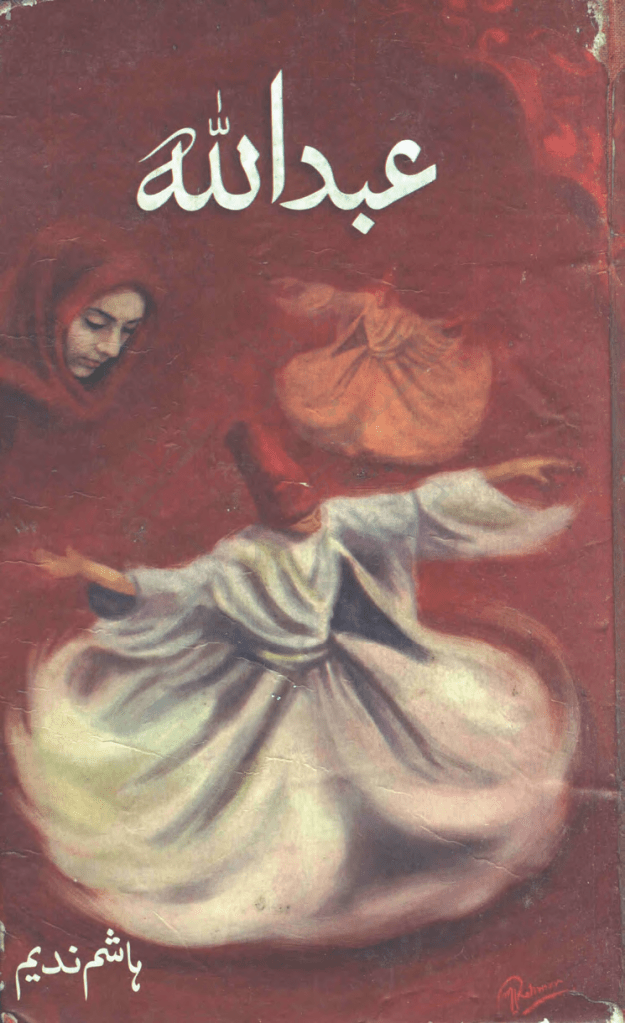 Hashim Nadeem deals with a story that moves from Ishq-e-Mizaji to Ishq-e-Haqeeqi. This revolves around the concept of Sufism. The protagonist’s name is Sahir who is later named ‘Abdullah’. He falls in love with a beautiful girl, Zohra.

Abdullah belongs to a rich and modern family that is far from religion. It disturbs him and he breaks ties with his family to find meaning in life. He also understands that love is not physical but spiritual which gives him close to Allah and his love, Zohra. 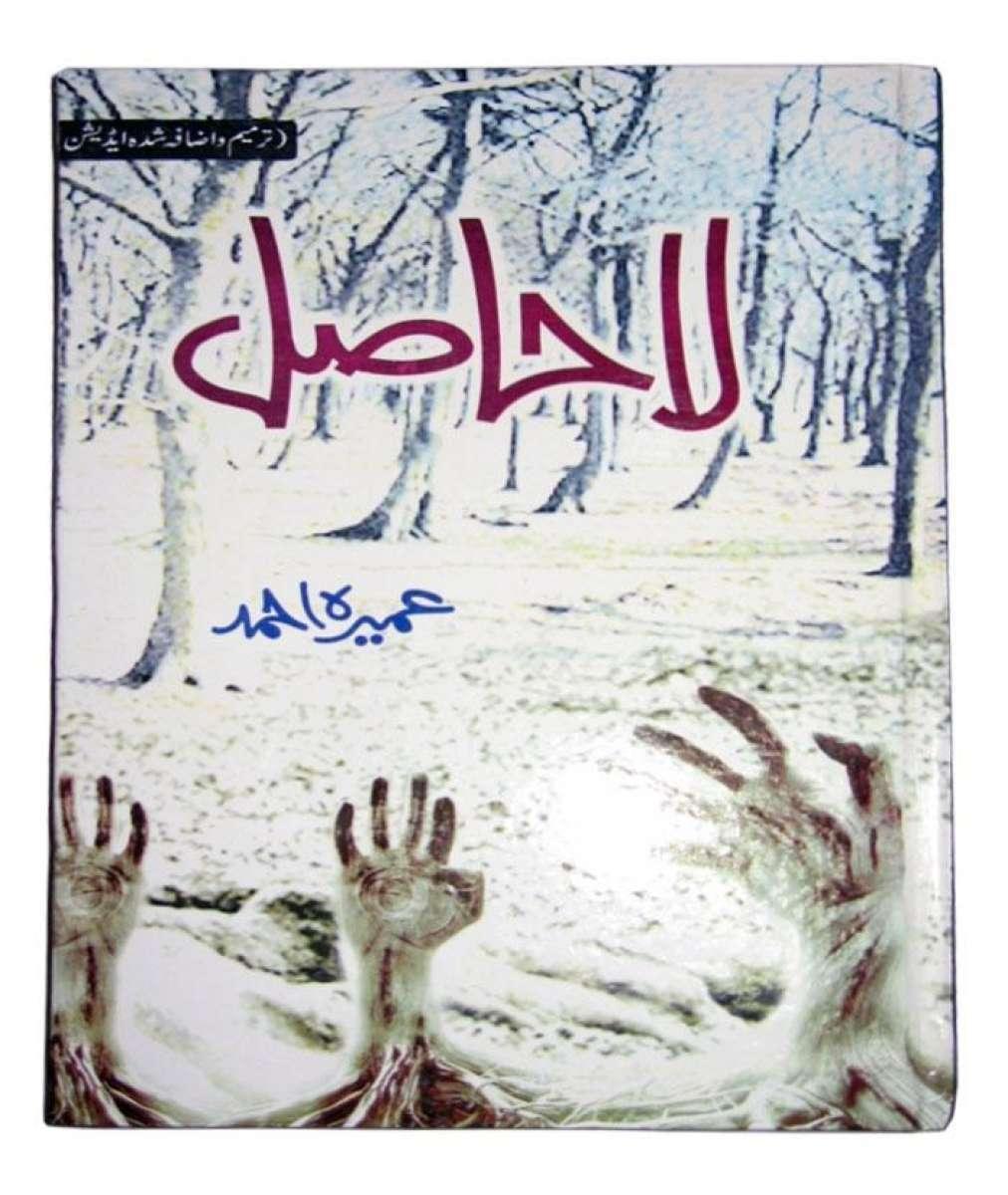 La-Hasil is also one of the best Urdu novels that take the readers to the dark areas of society. It is concerned with the life of a call girl who has faced a lot of hardships in her life. She never wanted to be a call girl but the difficulties forced her into it. However, she was never satisfied with that life.

It shows how she breaks away from that life and grows religiously. She shuns all her materialistic desires and finds peace. The novel is important to give a lesson that worldly desires bring no good to a person. 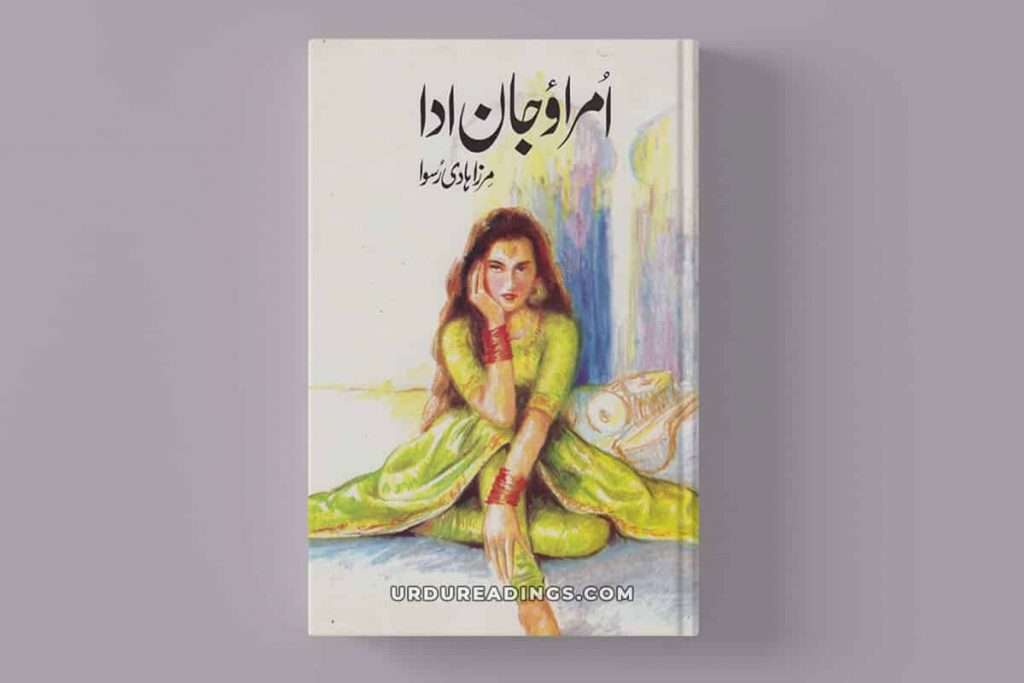 The story is about Amiran who gets kidnapped by Dilawar Khan. He sells her in Lucknow and becomes a famous prostitute ‘Umrao Jan Ada’. She gets famous for her beauty, elegance, dancing, singing and poetry. People come to visit her. Through her perspective, the reader gets to know the dark side of brothels and the actual feelings of the courtesans working there. This story is about ‘Akbari’, ‘Asghari’, and their grandchildren. Just like Akbari and Asghari, their grandchildren are also totally opposite from each other. Their grandsons want to marry their granddaughters. It leads the story to create a contrast between the good and bad people of society. It also keeps the characters at the crossroad of deciding between forgiveness and faith.

Amar Bail is about a young couple, Umar Jahangir and Aleezay Sikandar. They both belong to opposite families. Umer Jahangir is a son of a rich bureaucrat while Aleezay belongs to a broken family and lives with her maternal family.

Umerah Ahmed has interestingly written this story and depicted the reality of society. The story shows the true faces of the bureaucrats and the underlying corruption and nepotism. She has also highlighted how broken families can have a negative impact on the lives of children. Abdullah Hussain has set this novel in three parts. It relates to the pre and post-independence times. The novel is divided into the British Raj, the Independence movement and the Partition of India.

The story circulates around three Muslim families. Roshan Agha, Niaz Baig and Ayaz Baig are the three characters who belong to different social hierarchies. Roshan Agha belongs to a rich family. Whereas Niaz and Ayaz belong to the village of Roshanpur. It deals with political corruption, imbalance, and injustice in the Subcontinent. 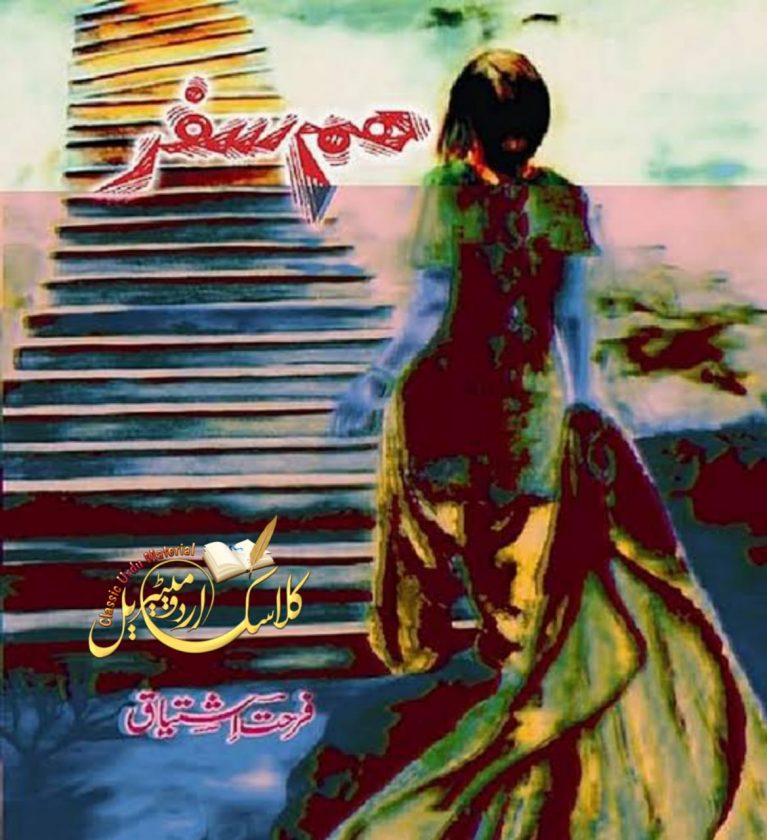 Humsafar is one of the best romantic Urdu novels for romance lovers. It takes the readers on the rollercoasters of emotions. The novel has gained so much popularity that it was also picturised into a drama. The story is about Khird and Asher who have a daughter Harem.

Khird is left alone after the death of her mother and is married to her uncle’s son Asher. They face difficulties in their relationship. But, with patience, the characters bring the story to a happy ending. 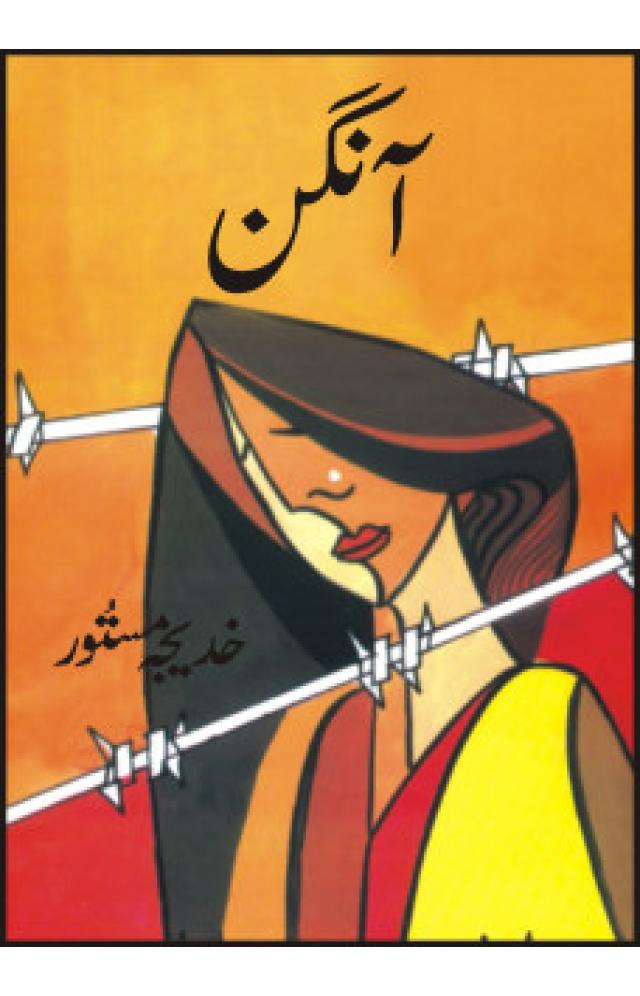 The novel is important for its historical point of view. It is set in 1962 that shows the scenes of pre-Independence and the Pakistan movement. It provides a subjective insight into the effects of partition on the minds of local people. Aangan also shows the political situation of the subcontinent.

Along with historic details of the partition, it also gives insight into the lives of people through Chammi, Aaliya, and Jamil. It is a must-read and best Urdu novel for history lovers.