The wait is finally over as our favourite season “You” is coming soon. You season 3 was supposed to be released way back in time but due to covid-19 its production was unexpectedly halted and we all remained deprived from quality content on Netflix. After a long hiatus, the season is set to be released.

There were speculations that the season could not be released before 2022 but Netflix has announced that the Penn Badgely crime thriller will be hitting the streaming giant on October 15th, 2021.

A trailer was released by Netflix which announced the release date.

The trailer featured a voiceover from the main character, Joe who is going to become a father this season. Season 2 ended with Love, his girlfriend, pregnant with his child.

The voiceover narrated “A boy is not what what we expected and I would be lying if I said the thought of mini me was purely exciting and not without challenges,” said Joe. “Let’s just say, I hope you’ll do as I say, not as I do, but for you I could change. I’ll be a man you look up to, a man you will be proud to call dad.”

The trailer ended with the season’s release date i.e. October 15th written on a slice of cake as pictured below. 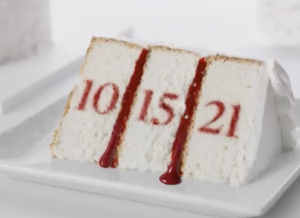 The release has taken the social media by storm as fans are outpouring their excitement for the season. Just like everyone else we cannot wait for You Season 3 to be released.