CulturalTravel for Cause - Tourism Guide of Ivano Frankivsk - A Page...
CulturalEuropeTourism
By Central Desk
September 1, 2019

Whenever and wherever you find a travelogue about charming and historic Ivano Frankivsk Oblast of Western Ukraine, you are told that it is Gateway of Ukrainian Carpathians. Yes it is. But Ivano Frankivsk is also the “Gateway” of Ukrainian Resistance Movement against oppression and against Imperialist forces spanning over centuries. It is a soil which nurtured “Philosophy of Freedom” among generations and generations of Ukrainians.


This Oblast (Province) born mountain men “Hutsuls”, who had been fighting for freedom of their motherland —empty-handed. They fought well equipped forces merely with their bodies, souls and with primitive weapons like wooden hammers and arrows.

For a traveller like me who is more interested in history, culture and texture of a city rather than merely natural beauty, Ivano-Frankivsk Oblast narrates how this soil became a land of burning coals for marching columns of armies of invaders. Some day I will tell you more about Hutsuls than you might know before. Unfortunate to say that English language readers do not find in-depth articles or books about Hutsuls. There is a strong need to document “Hutsuls Culture”.

This was my second visit to Ivano-Frankivsk Oblast. Last time I came here to meet Stepan Bandera who was assassinated on October 15, 1959. My meeting with him held at his birthplace in Stary Uhryniv village in Kalush District which is now converted into a Historical Memorial Museum of Stepan Bandera in Kalush District. Ivano-Frankivsk always inspires me and I would definitely come here again whenever I would get chance to travel to Ukraine.

If you wish to read about my meeting with Stepan Bandera, then click this link

Ivano-Frankivsk was founded as “Stanisławów”—- a fortress named after the Polish hetman Stanisław Rewera Potocki in 1772 after the first partition of Poland. On November 9, 1962, the name was officially changed as Ivano-Frankivsk in an honour to poet Ivan Franko. Therefore, whosoever wishes to read about Ivano-Frankivsk in old history books, should try to find as information about “Stanyslaviv”.

If you wish to read my conversation with great philosopher, writer, journalist and icon of Ukrainian Resistance and Freedom Movement Ivan Franko , then click this link.

This land defended itself from Crimean Tatars in Galicia originally but also played a pivotal role in Resistance Movement of Ukraine against several forces including Polish, Austro-Hungarian and Russian Empire. One should not forget that Ivano-Frankivsk was the capital of the short-lived West Ukrainian People’s Republic in 1918.

Ivano-Frankivsk offers you a blend of several cultures and a unique architectural heritage because it lived under several foreign troops and was also a trade hub being in proximity of foothills of Ukrainian Carpathians. Jewish, Armenian and Polish communities were rich businessmen and traders for centuries who gave a texture of blended culture to this city.

This time, I started my journey to main city by visiting Monument to victims of the First and Second World Wars and adjacent Fraternal cemetery which is at the backside of Nadiya Hotel Ivano Frankivsk. It gives you feel that nobody is indispensable but myrtles must not be forgotten. It also gives a road to memories and you could feel who they were now lying in their graves? What they did for their families or people so their names are still readable on their graves. They are not “Sir Nameless”. 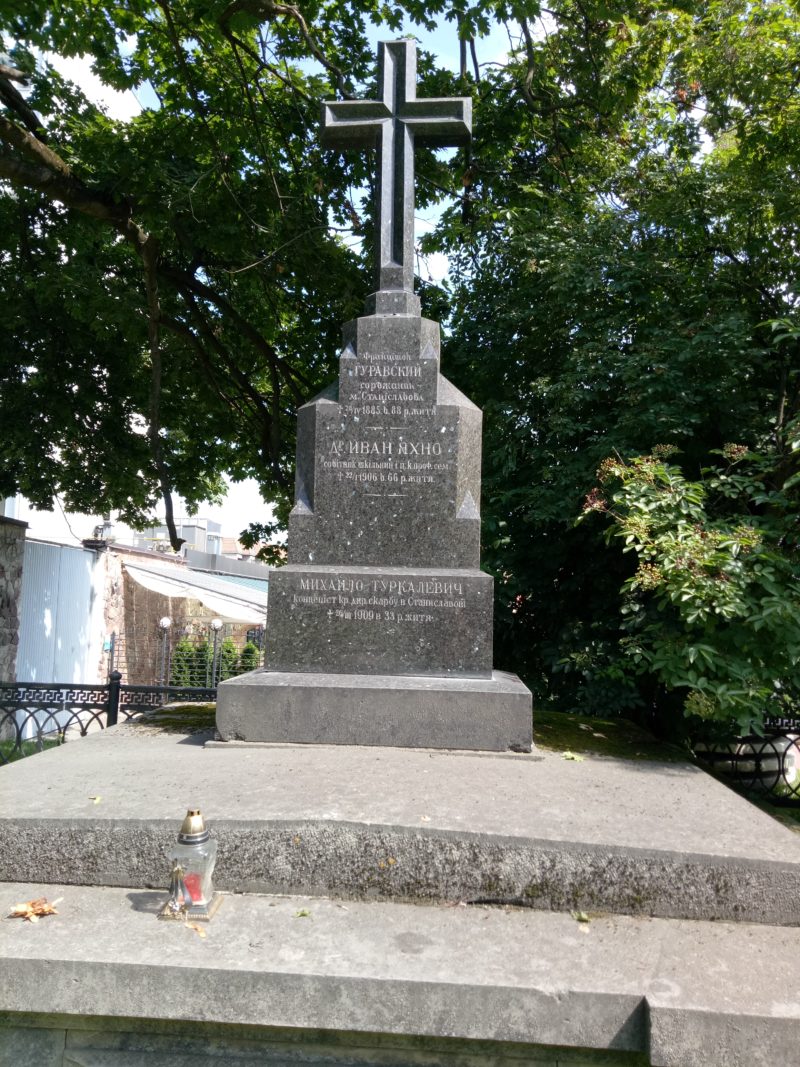 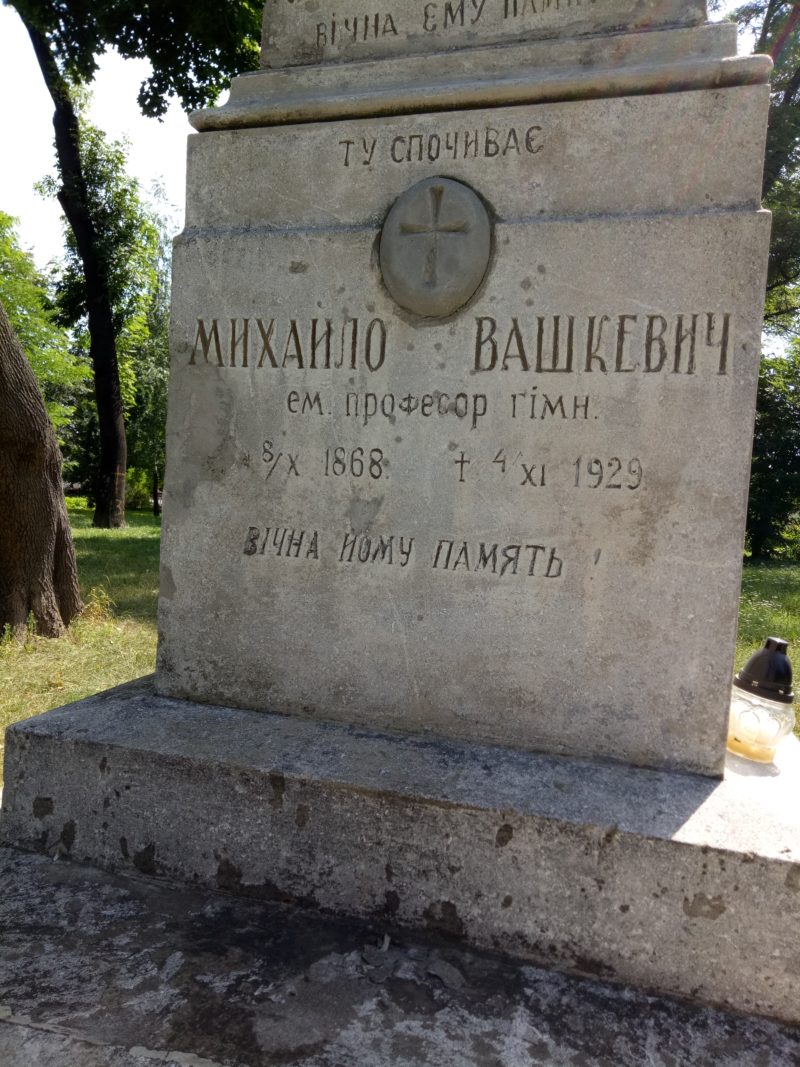 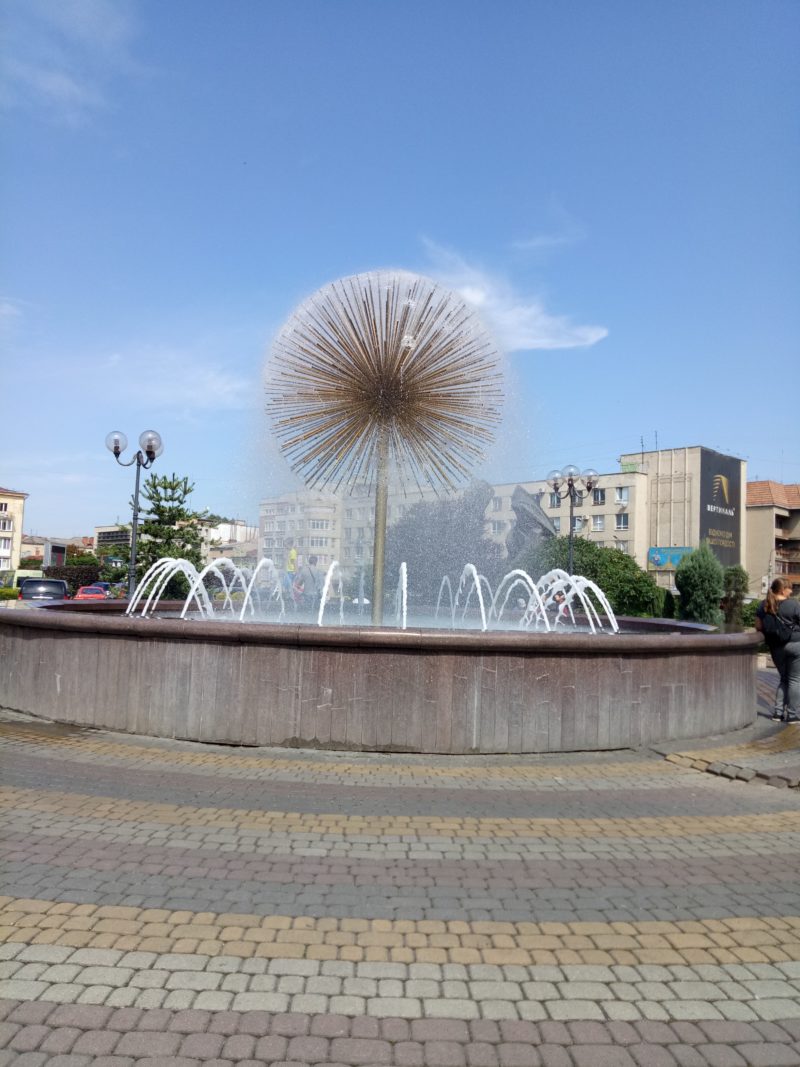 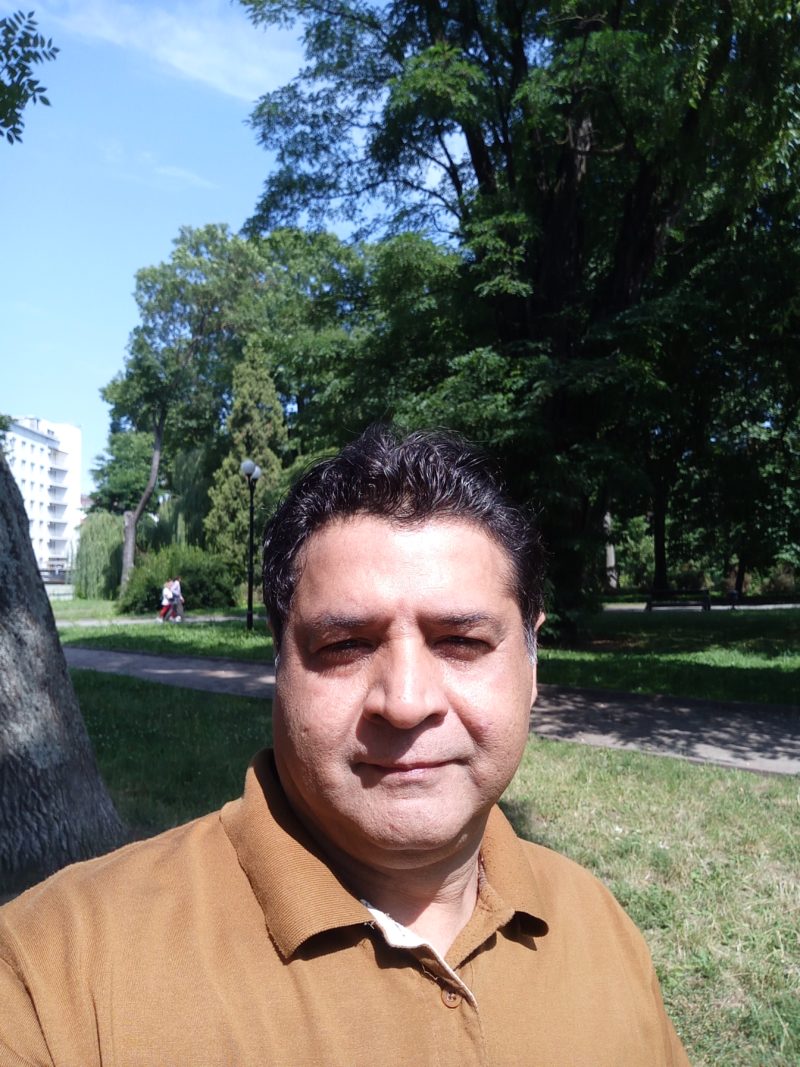 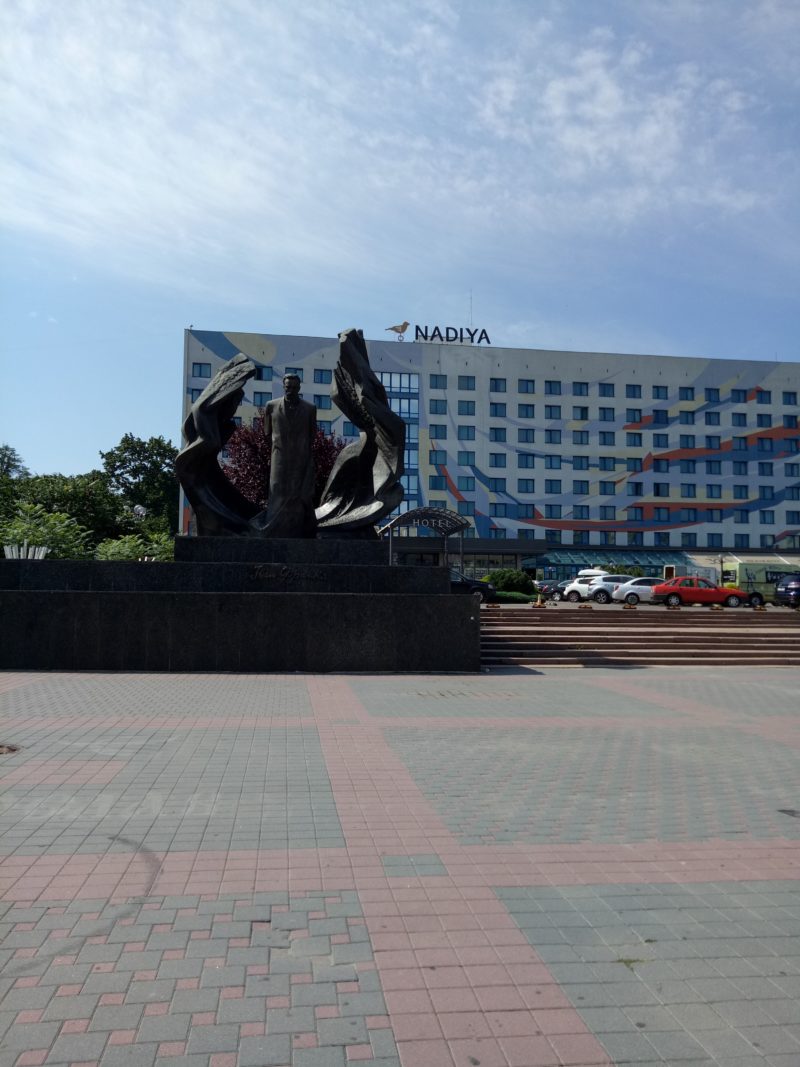 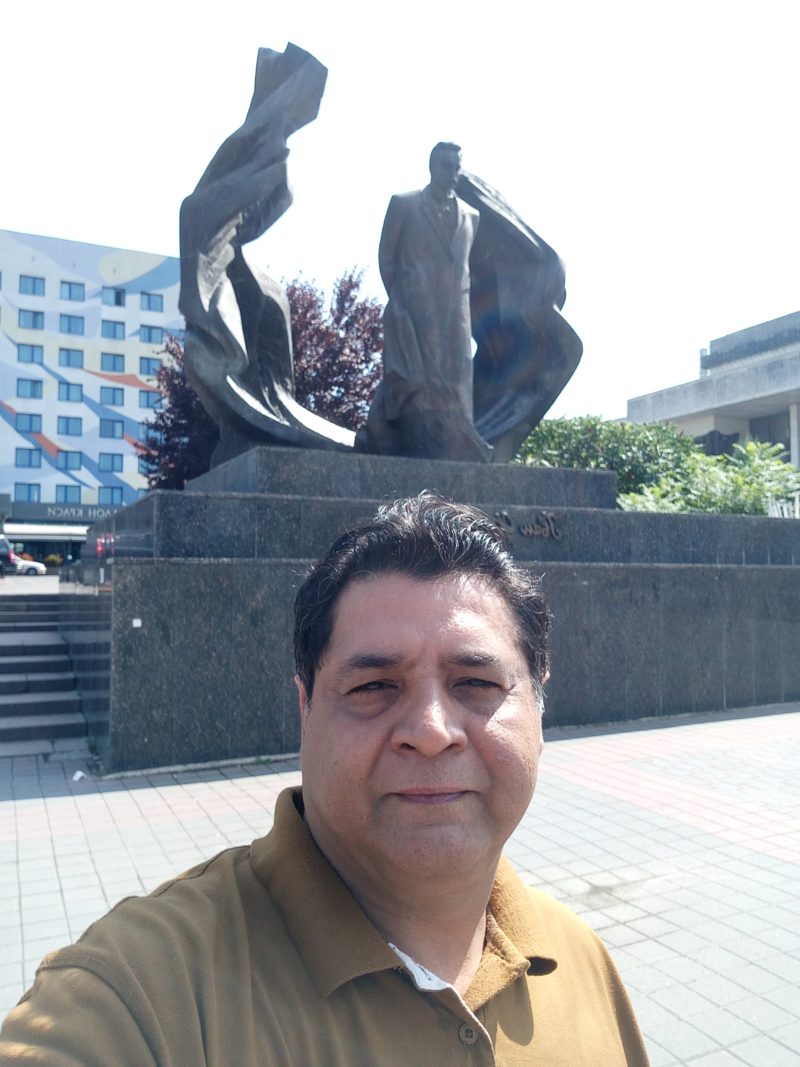 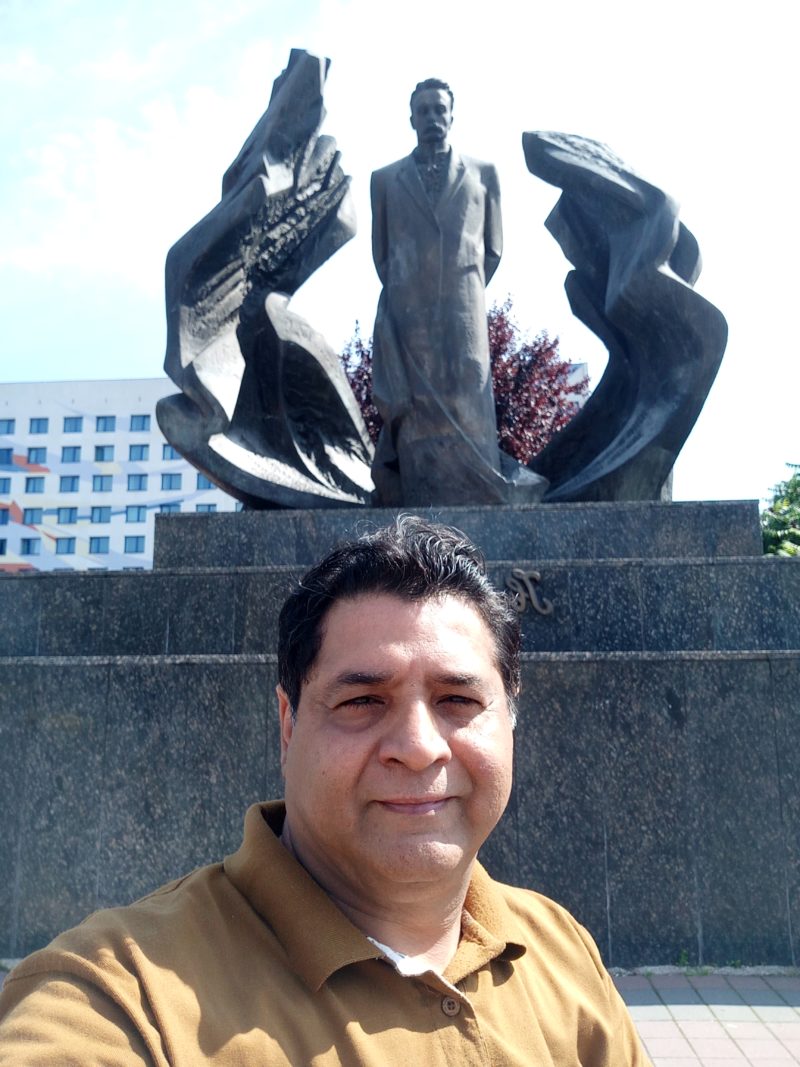 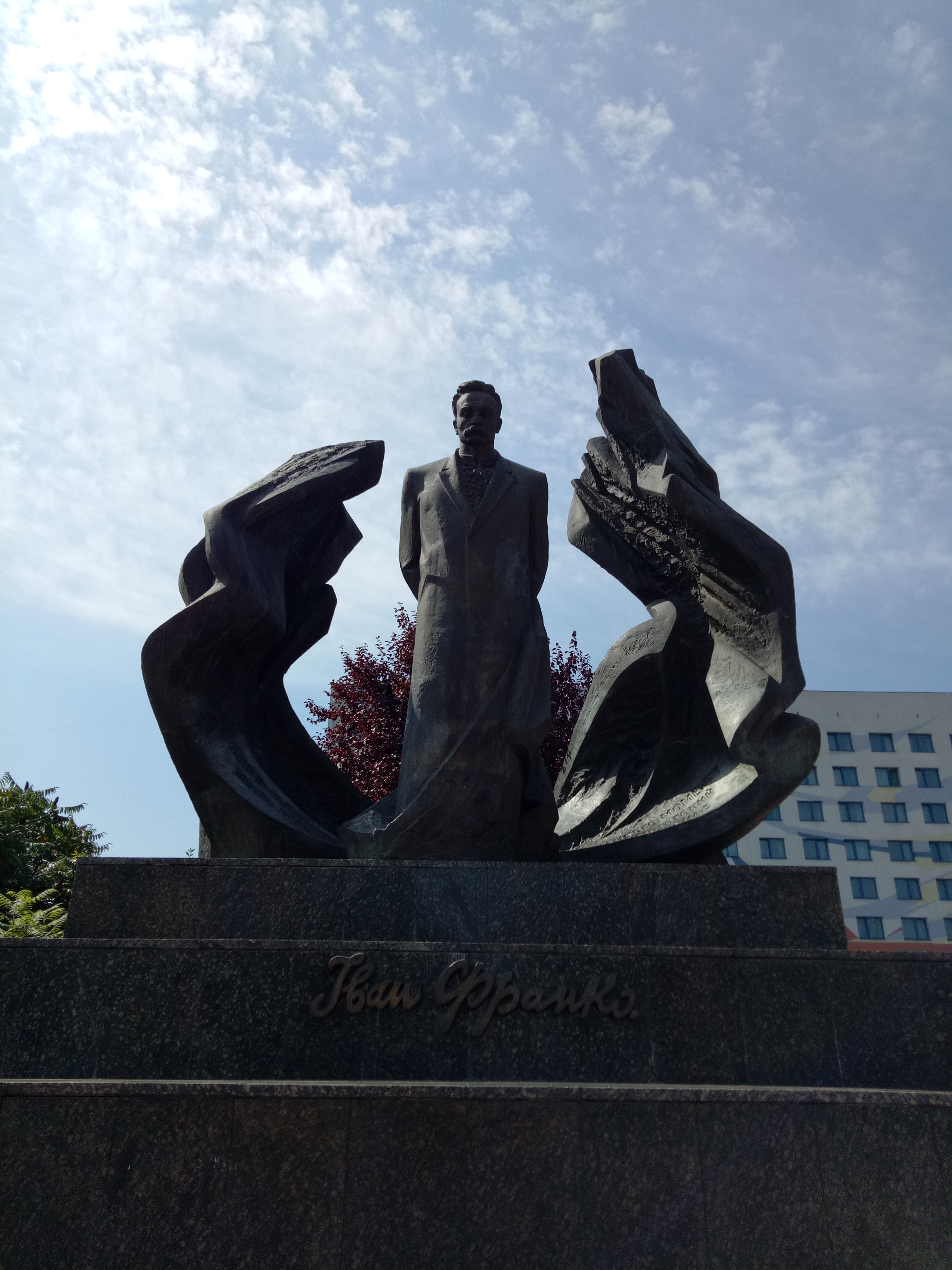 Today, city gives a feel of a “Little Lviv” when you are travelling near Market Square (Rynok—Bazaar) which is surrounded by charming old buildings with Polish and Austro-Hungarian styled facades. 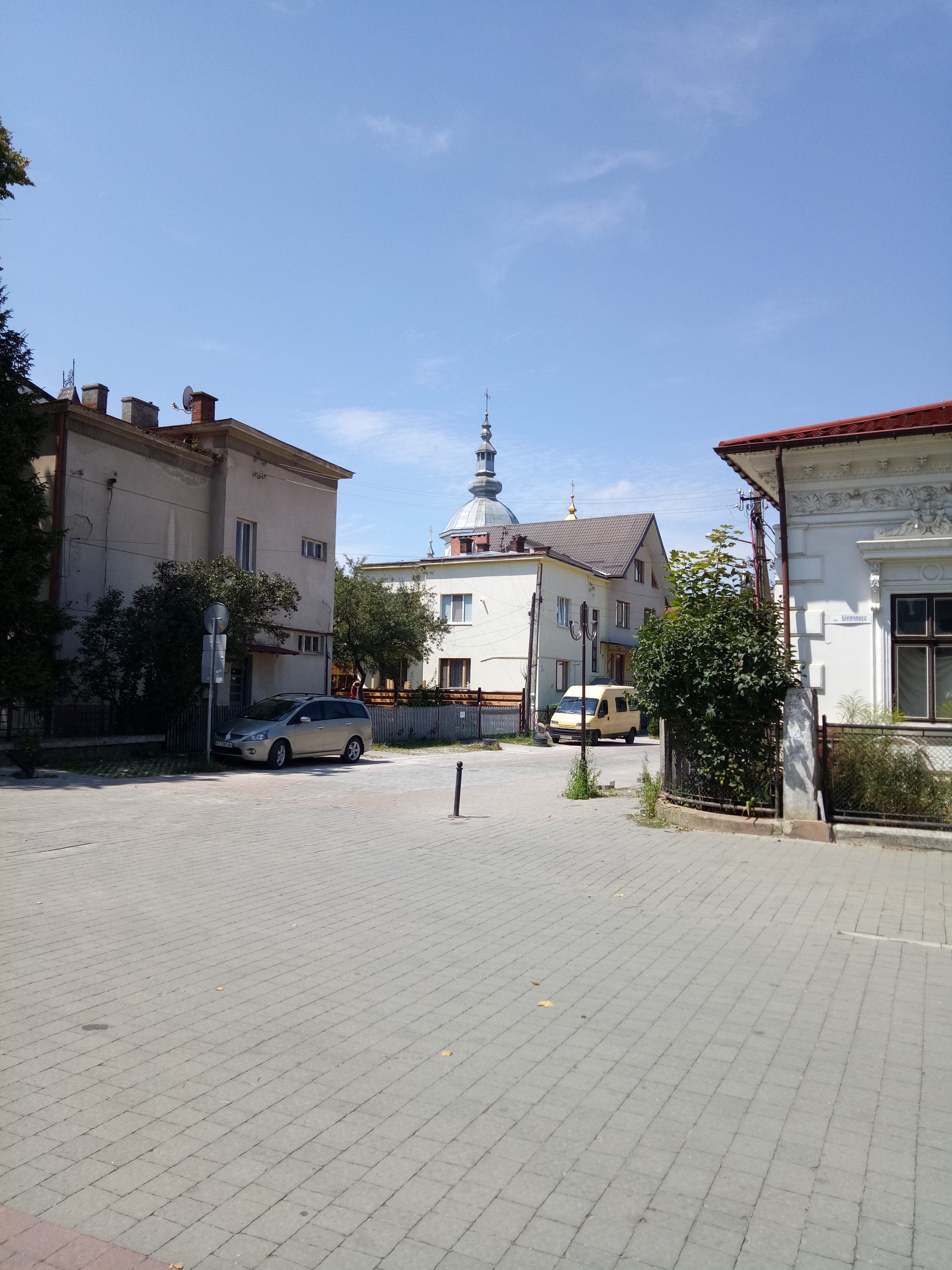 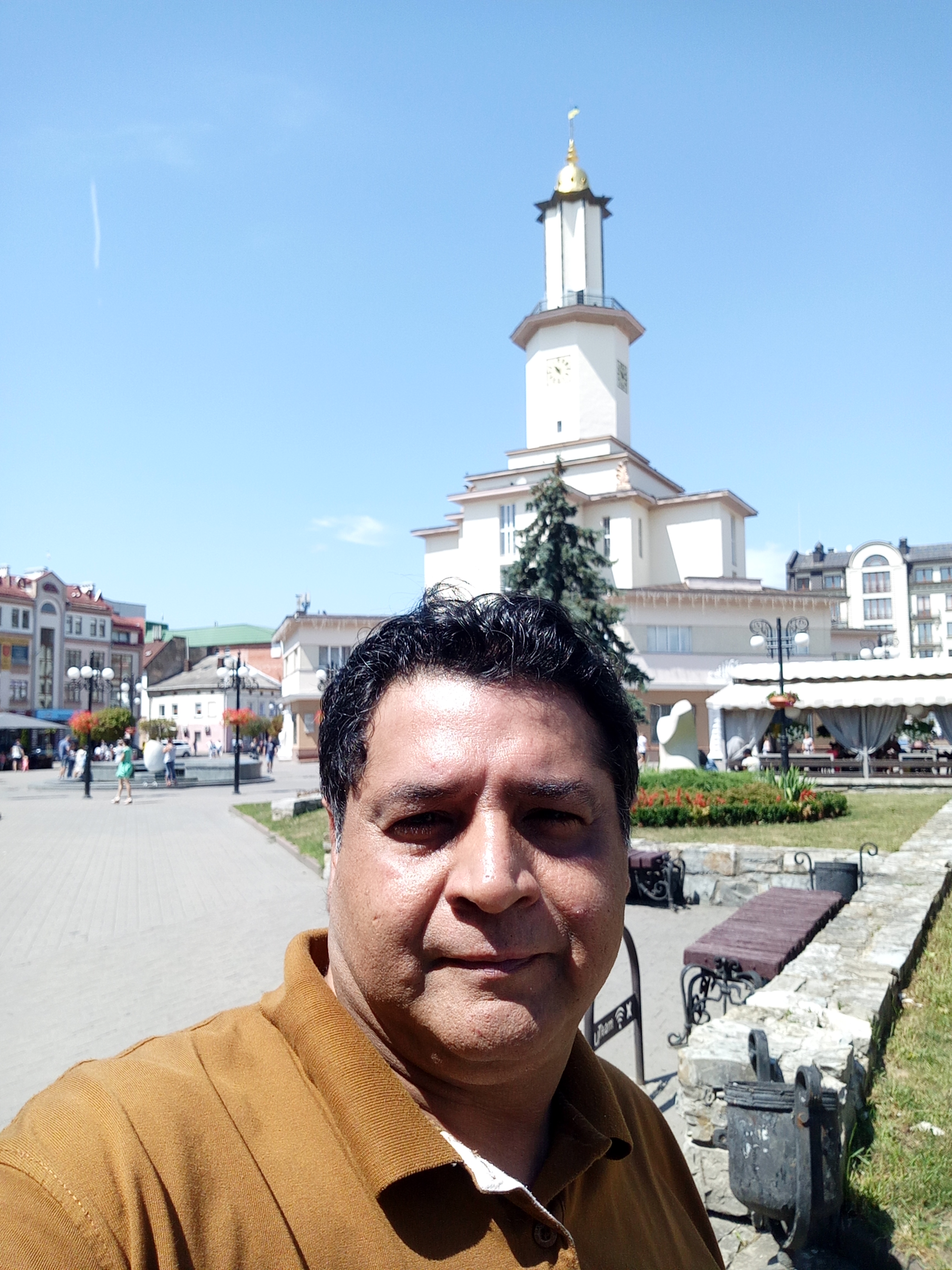 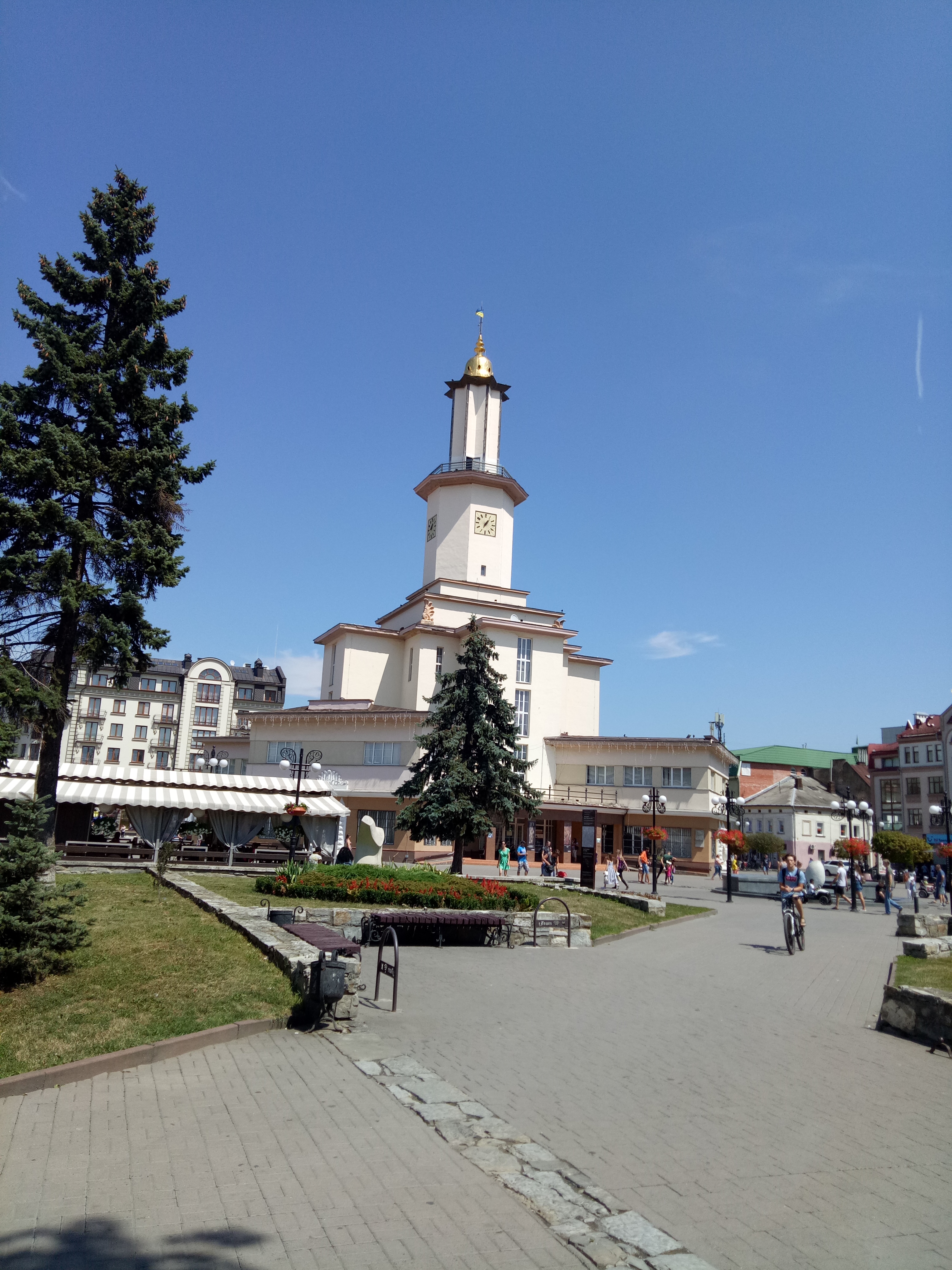 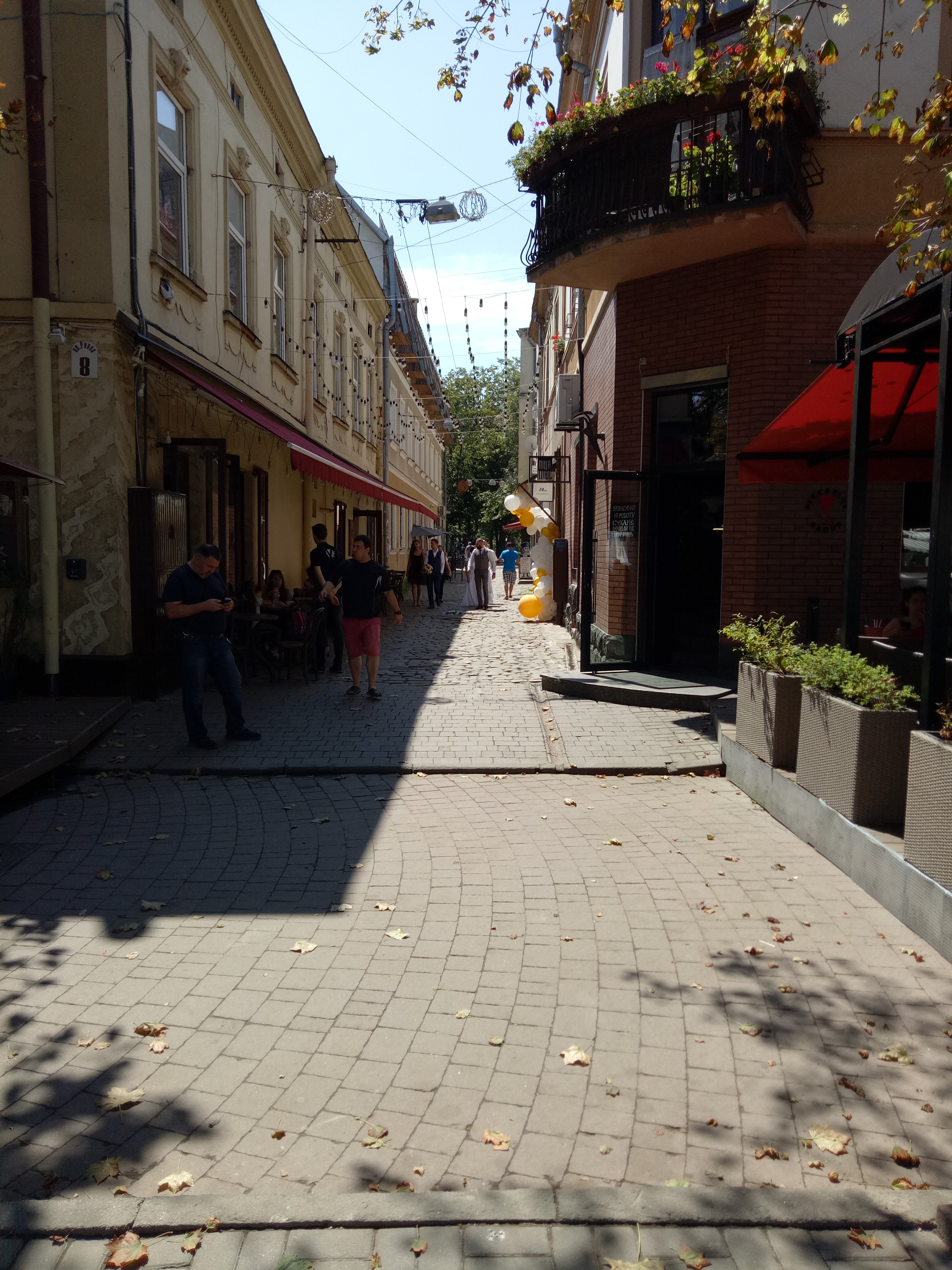 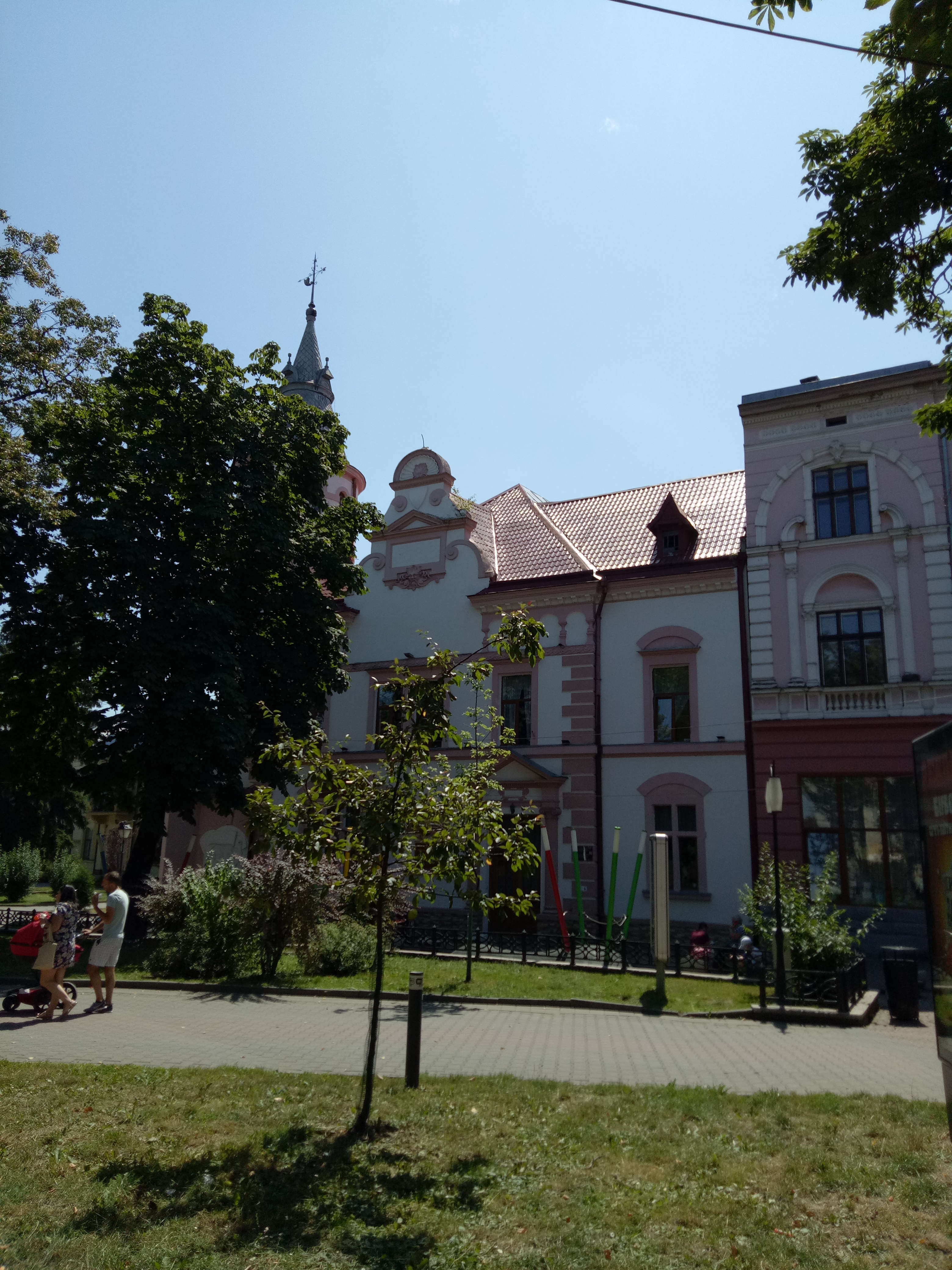 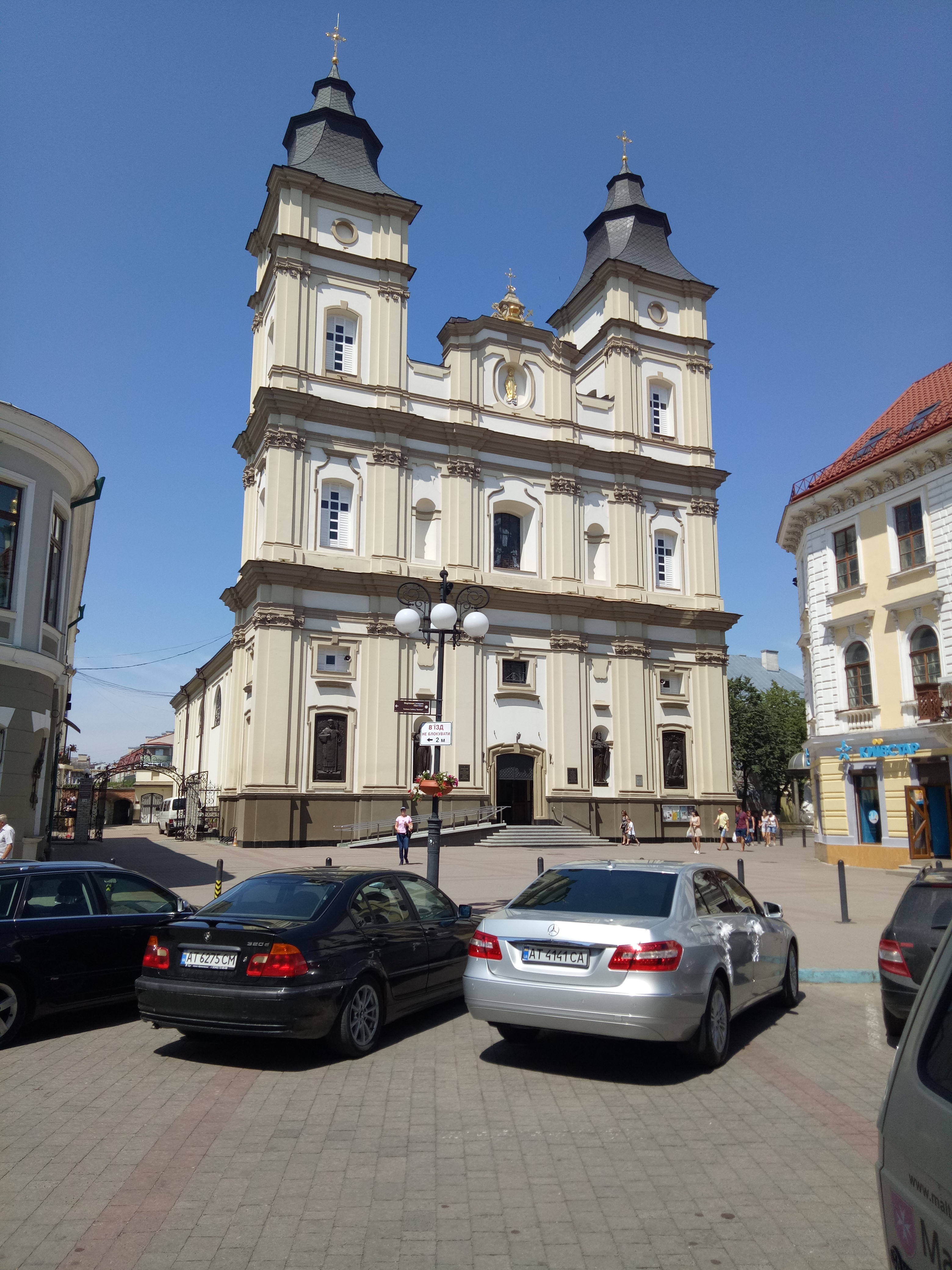 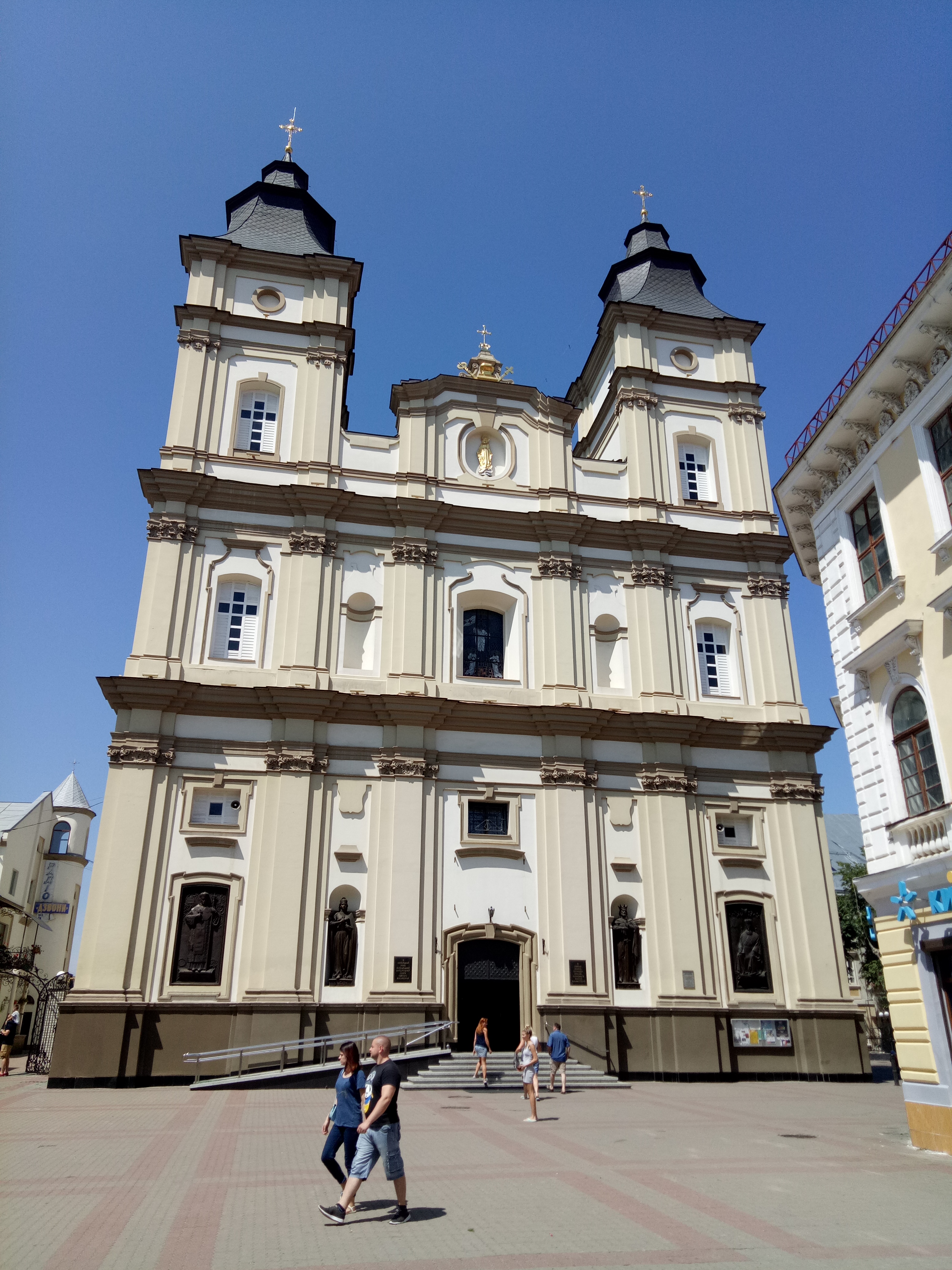 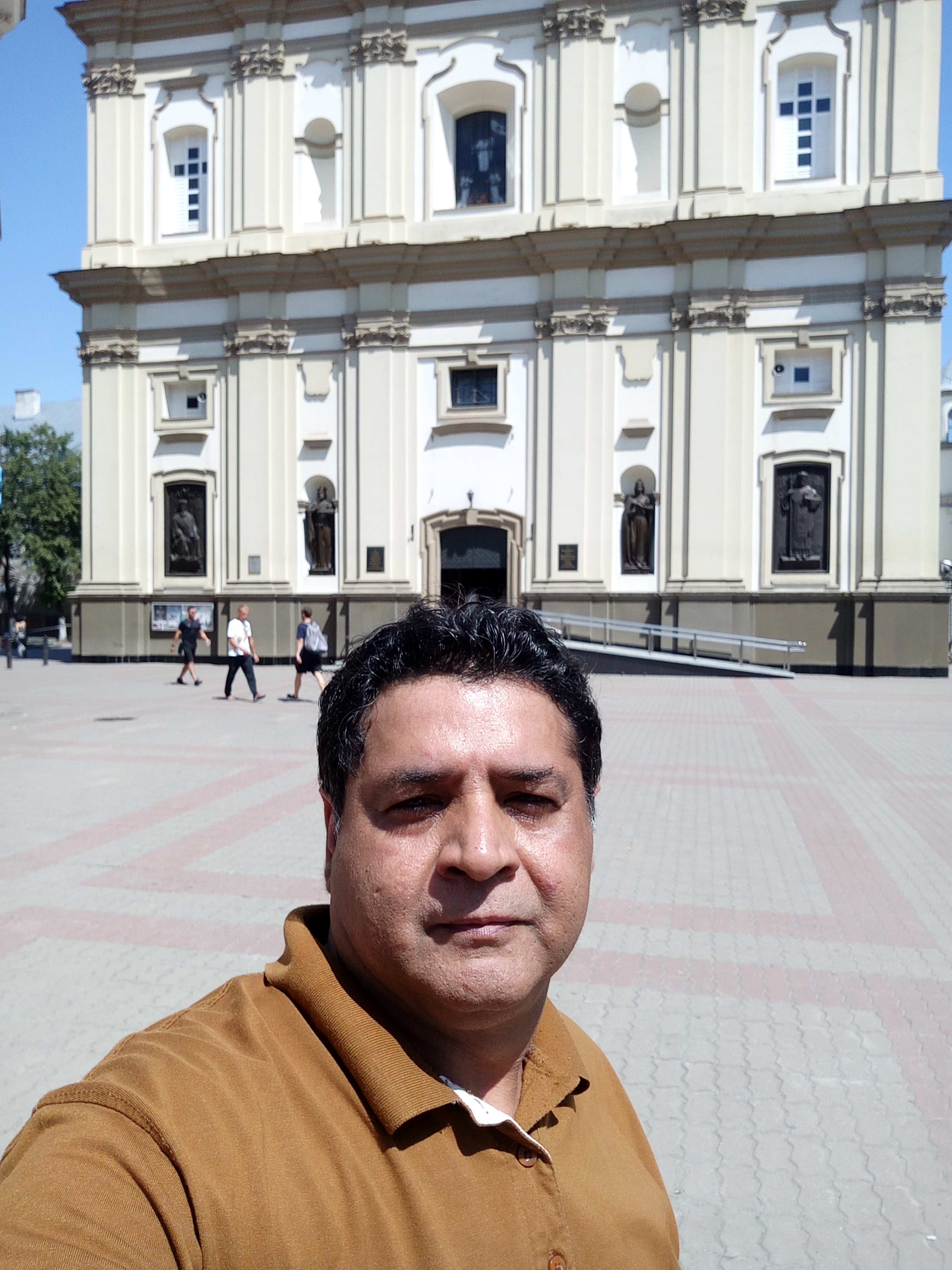 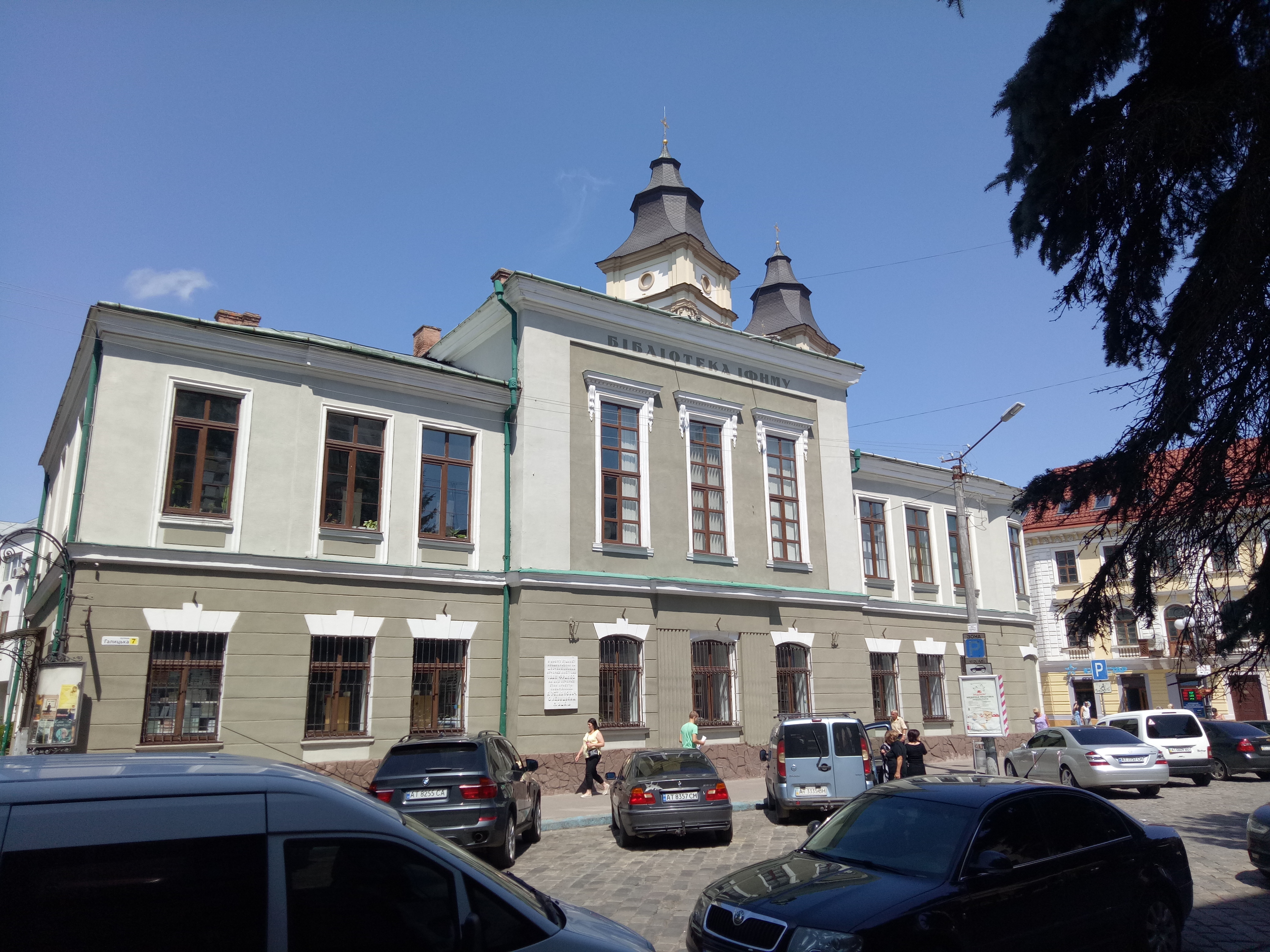 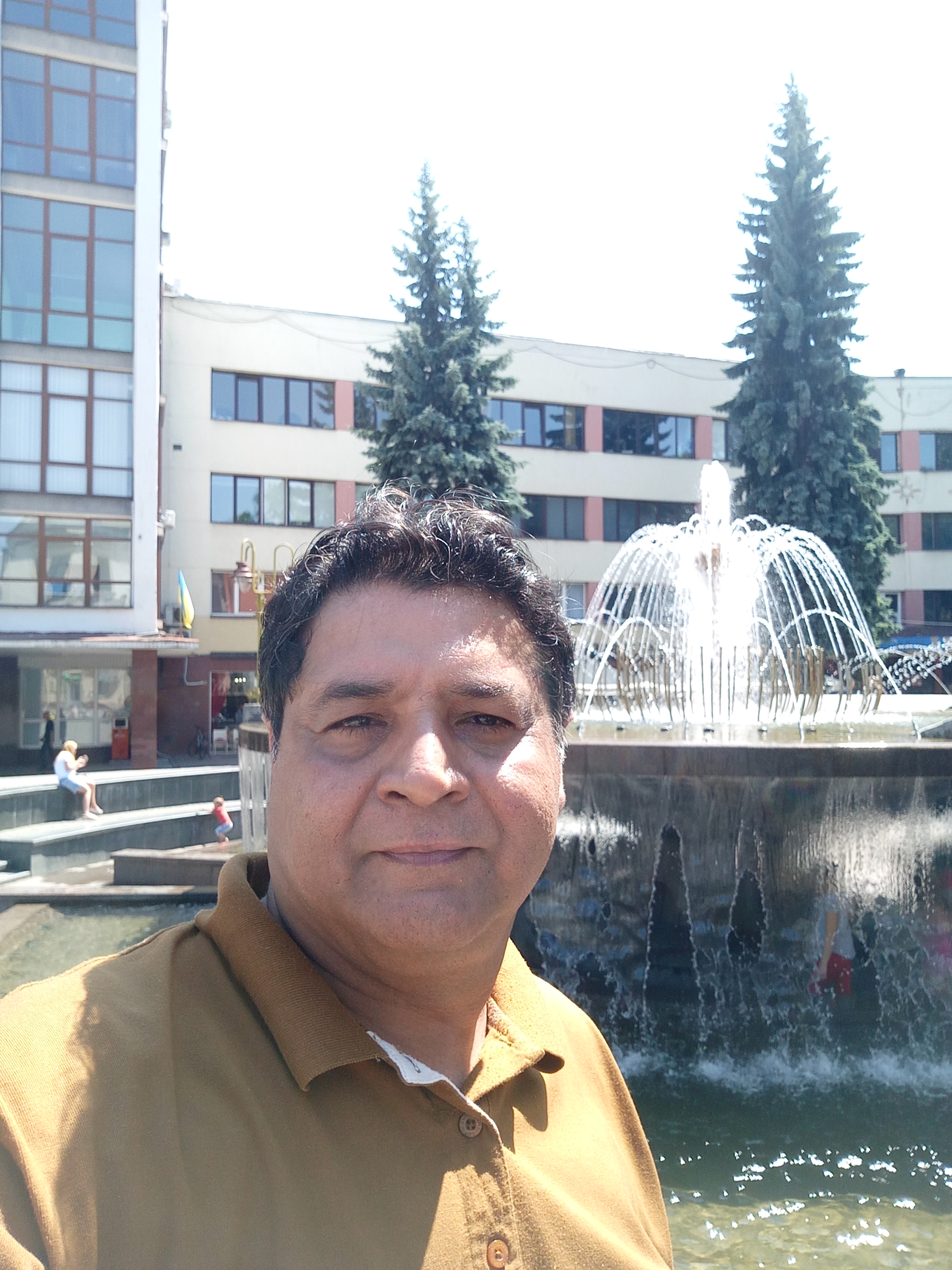 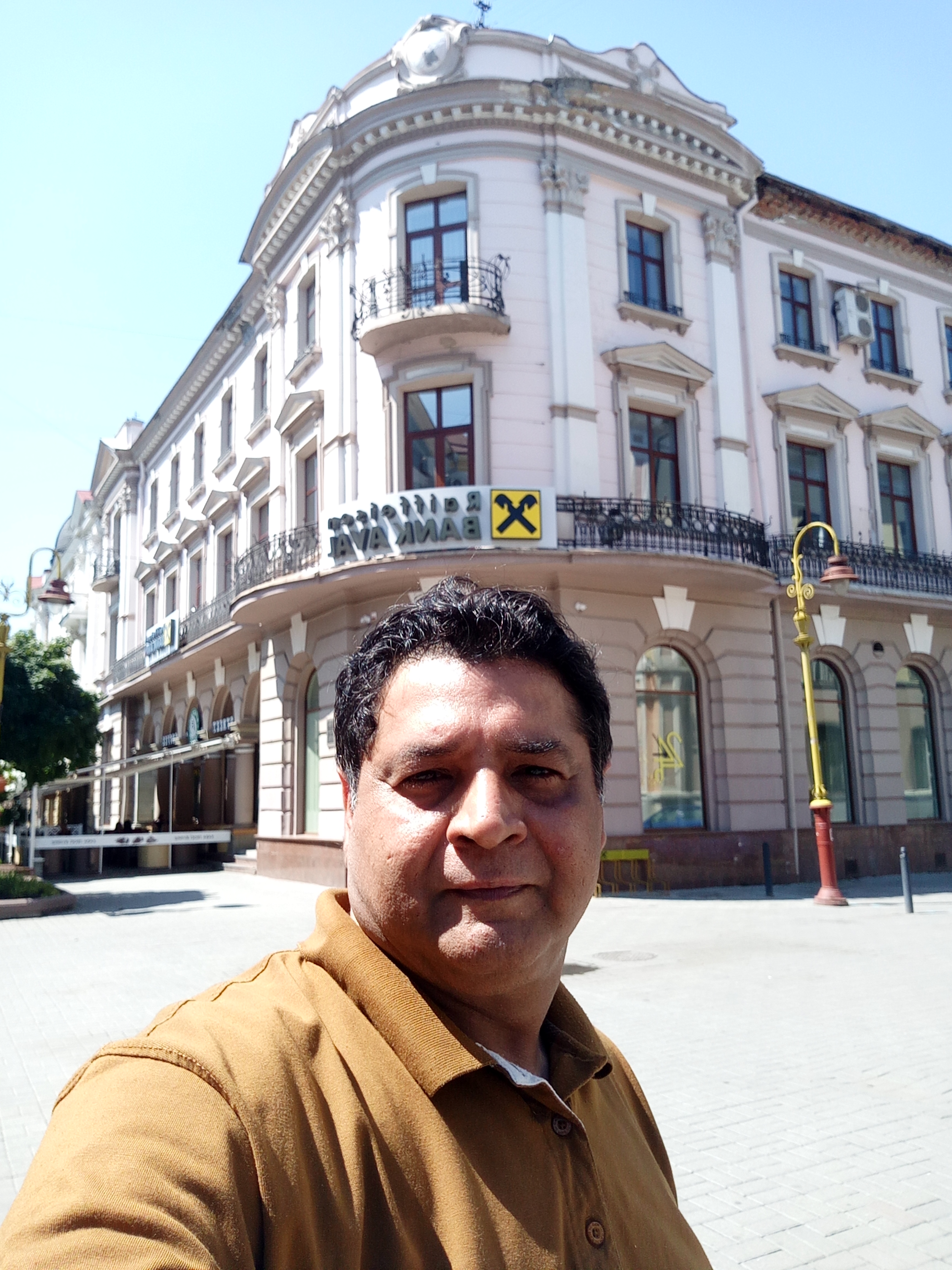 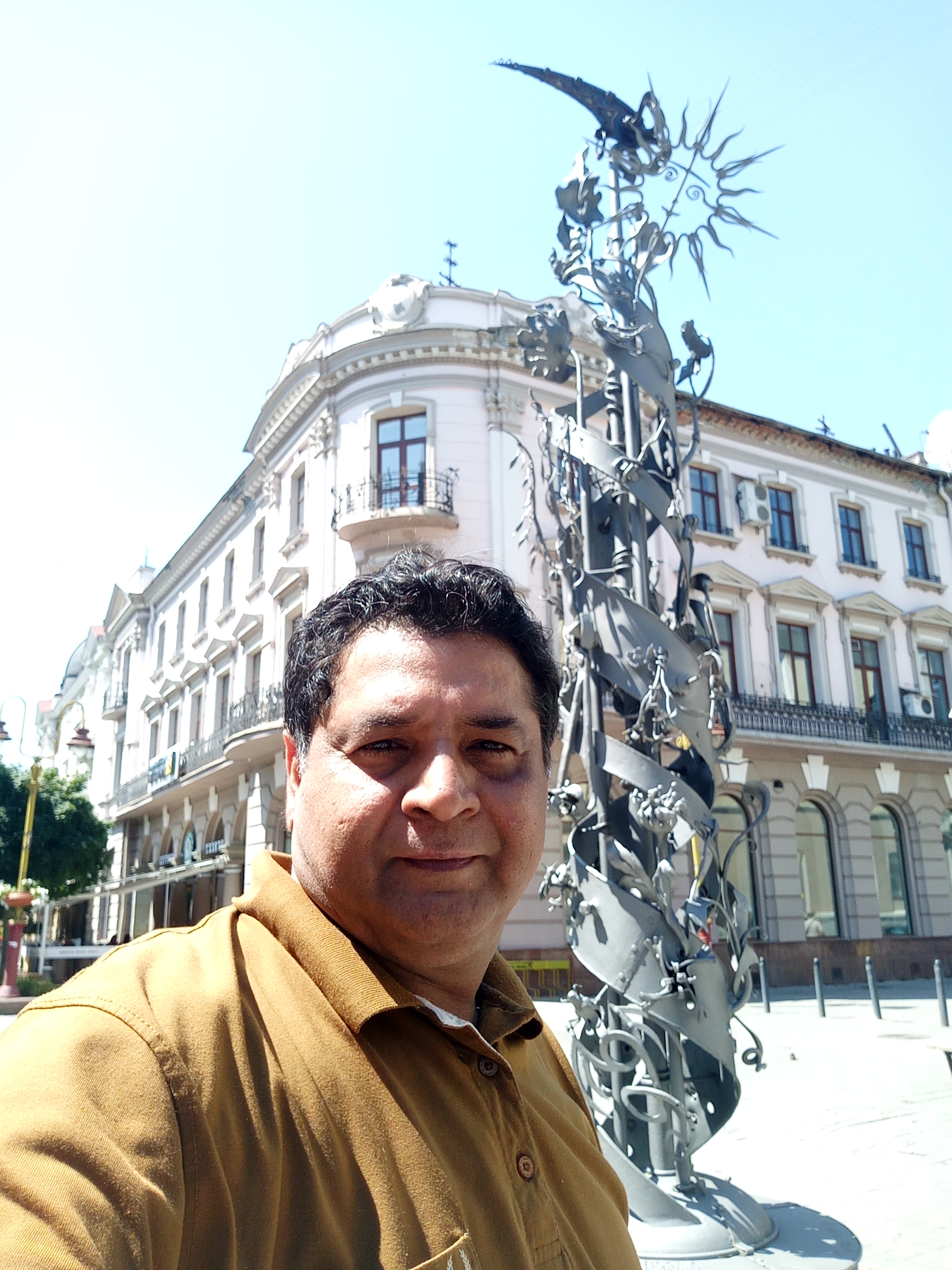 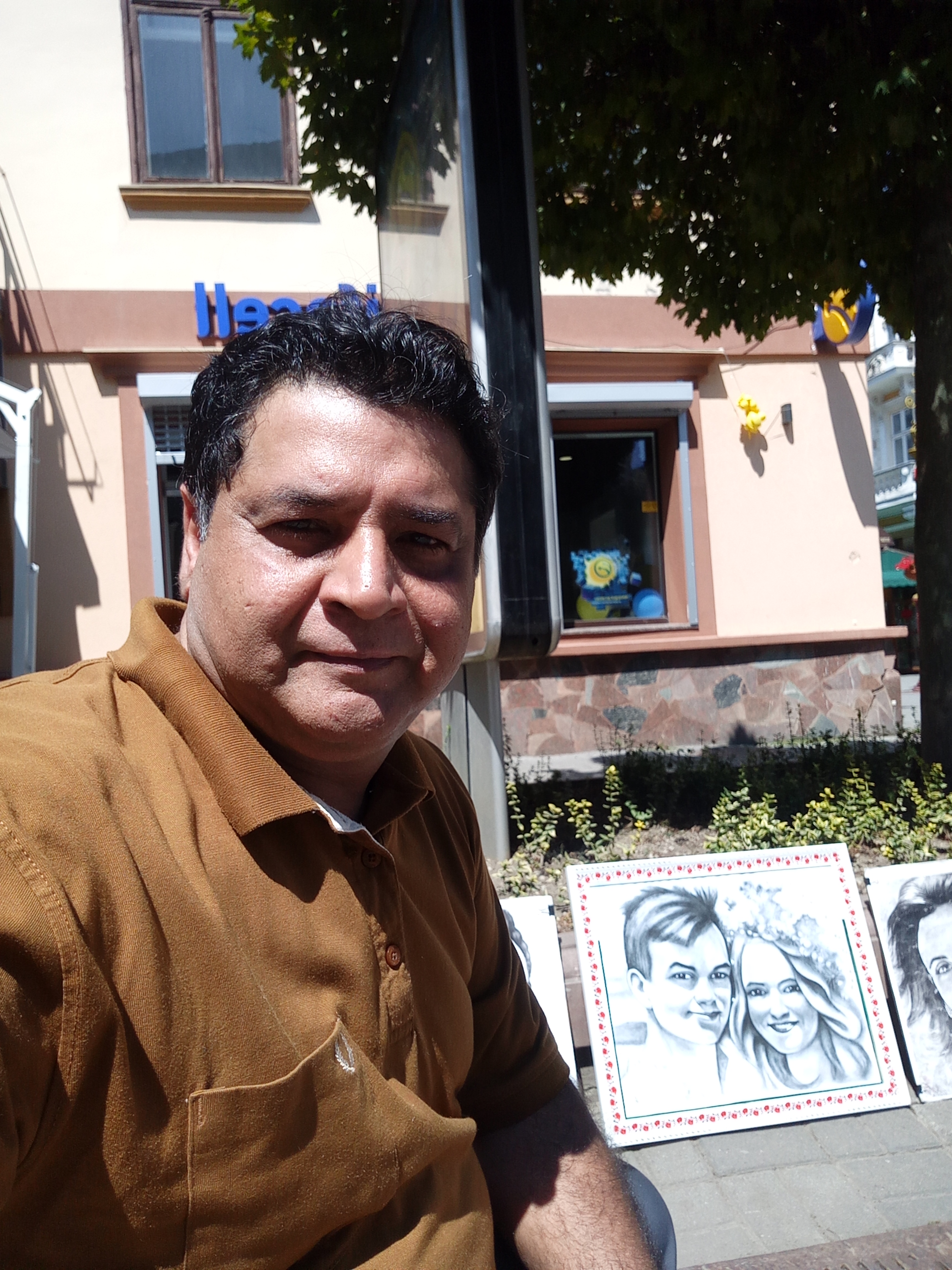 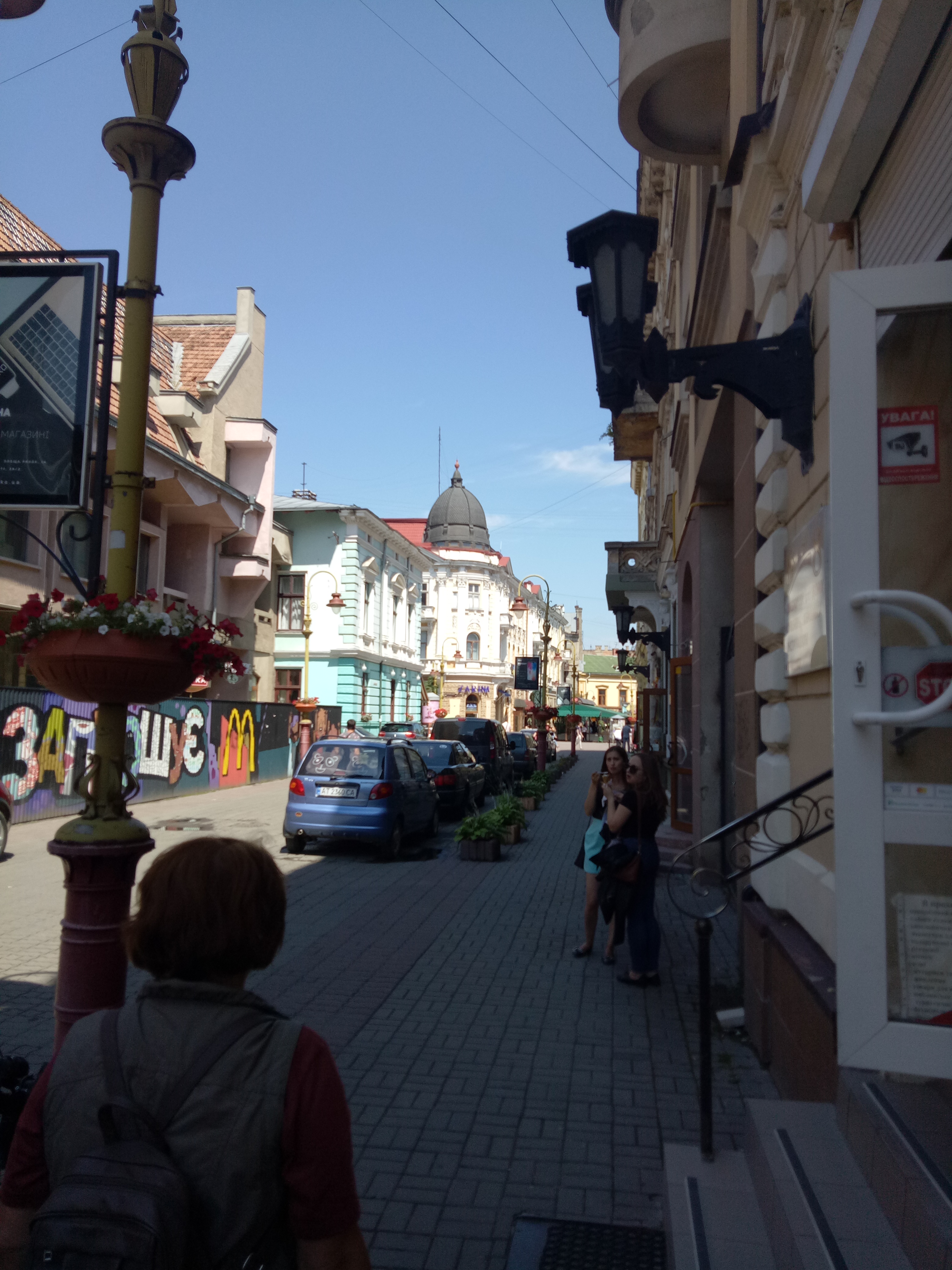 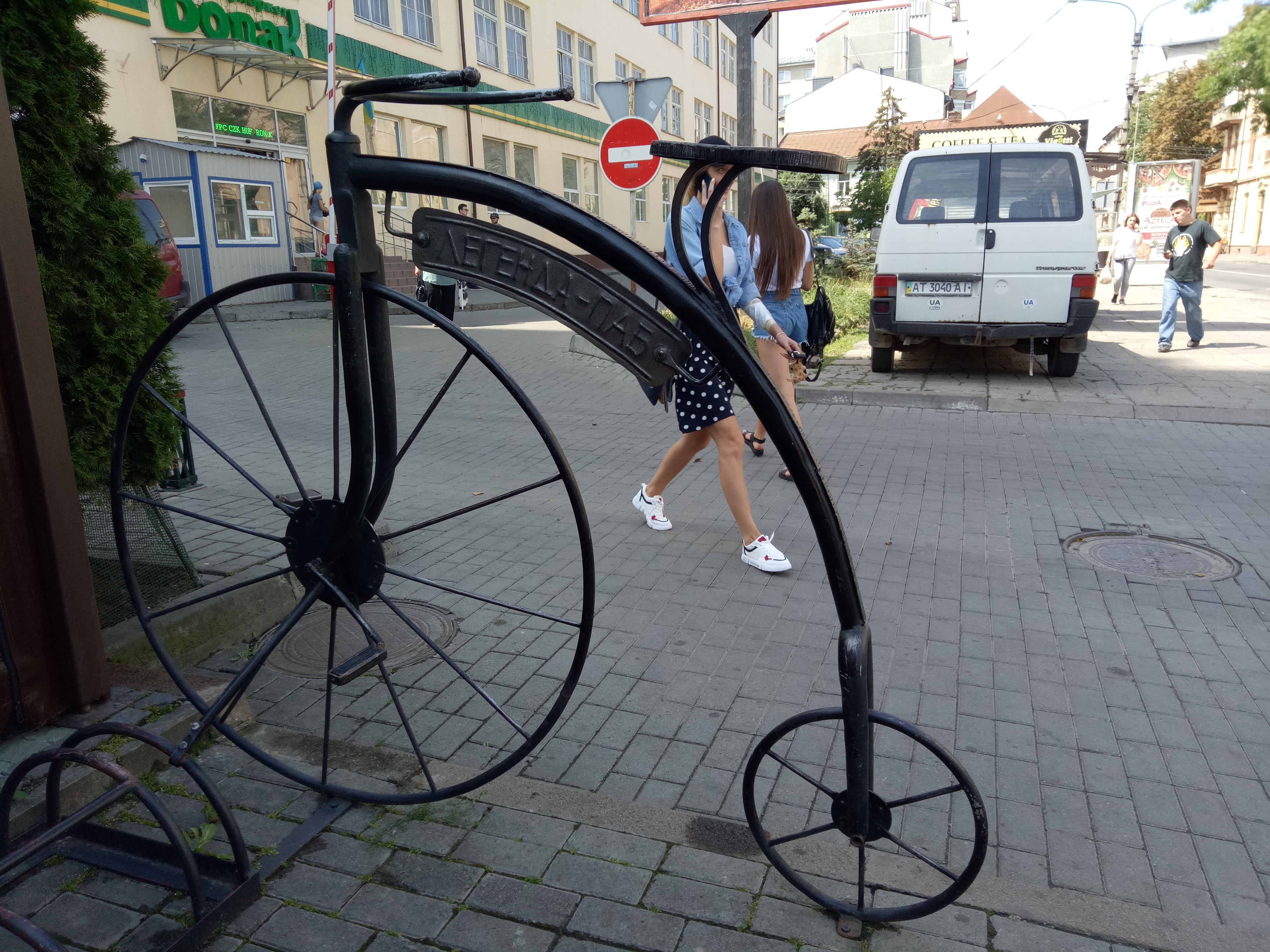 According to available data, Ratusz was erected in the middle of a fortress (which developed into the city of Stanisławów). This tower (now Tower like building) was first mentioned to be built out of wood in 1666. Presumably that was a temporary structure as in 1672 it was replaced by a nine-story tall building made out wood and rock of the late Renaissance style.

The building as it planned was used for meeting of the city administration and court as a town hall and as an observation post. Some old paintings indicate that original Ratusz was topped with a small dome-type roof, on top of which was placed a sculptural ensemble of Archangel Michael who was defeating a serpent. In 1825 Archangel Michael was replaced with an eagle. On the level of a fifth floor on each of its tower four sides were placed clocks that every 15 minutes would engage a system of bells installed underneath the dome. The floor was encircled by an observation balcony. The second and third floors of the Ratusz were designated for the city administration while its first floor was leased for various trade shops.

In Square (Rynok—Bazaar), Maydan Vichevy Fountain is full of children with their mothers in summer and gives you a contact with rising nation of Ukrainians. If you descend the steps below the fountain’s main ‘bowl’, you can stand beneath the cascading water without getting wet. 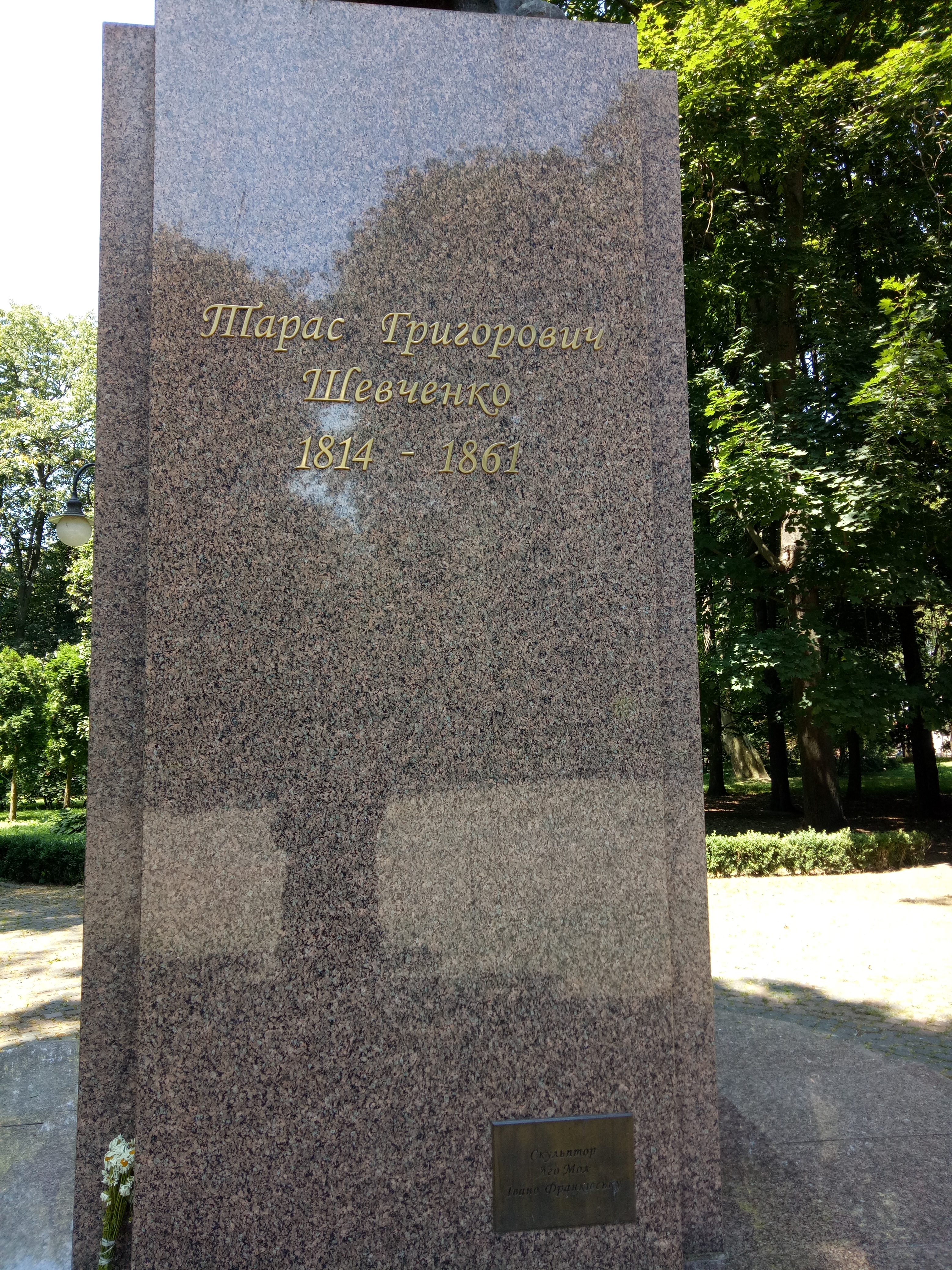 I suggest readers to plan their tour to Ivano-Frankivsk Province for at least 5 days. One can visit Stepan Bandera Museum and historic town of Kalush (one-day visit), Carpathian Mountains (Two-days visit) and keep two days for exploring main city.

Carpathian Mountains has unique eco-system. The range stretches from the far eastern Czech Republic (3%) in the northwest through Slovakia (17%), Poland (10%), Hungary (4%) and Ukraine (10%) Serbia (5%) and Romania (50%) in the southeast. For summer travel, leaving these mountains while travelling to Ivano-Frankivsk is not advisable.

There are several places which I might to mention to explore in town, I leave you to explore more and tell readers which I did miss—– Goodbye — Land of Brave Hutsuls.