Music isn’t as supported as a career in Pakistan as it is in our countries. Therefore, it is usually difficult for underrated Pakistani singers to make it in an industry that isn’t as big in comparison. Very few singers who have no industry-based background connections to stand on make it in this country as Hasan Raheem did. And while yes we absolutely love Azaan Sami Khan for his voice and talents – we can’t stop searching for new talent to shower our love on as well.

Today, we throw light on 6 underrated Pakistani singers we expect to attract a lot of attention in the near future. One thing common among most of these artists in the aesthetic and LoFi style – which obviously is something we just can’t have enough of!

Abdul Hannan has garnered a lot of recognition ever since his song ‘Bikhra’ crossed Pasoori and became the no. 1 most played song in the country and made it to the Top 50 list. Abdul Hannan’s music has pure feelings to it as if the heart is still raw from going through it all the while keeping it light.

Designer by profession and singer by passion, Farheen Raza Jaffry sings original and renditions of old songs as well. Her voice is so melodious that one can’t stop but get mesmerized by it. Farheen has been getting training in Indian classical music since 2017 and has sung for Zara Shahjahan campaigns as well.

Rehman Afsar aka Maanu is best known for his unique take on pop, hip-hop & RnB in as Pakistani a style as possible. He made it to our list of underrated Pakistani singers because of his different voice range and style. His latest album Sakuna Matata had a hippie vibe to it and was a favorite for many. It had collaborations with Hasan Raheem, Talal Qureshi, Zahra Paracha, Rozeo, Salor and Towers.

Zouqan started by singing covers but soon got popularity due to his beautiful voice. With a consistent fan base and its appreciation backing him up, Zouqan finally released his first song in 2021 and second song in 2022.

Mubeen got popular on TikTok by uploading videos of himself singing different song covers rather than lipsync-ing to them. His voice has a texture to it that we just can’t put our finger on yet but we can’t wait for him to sing some original songs.

Umar is one of the more underrated Pakistani singers despite having a great voice but we hope to see more of his works coming to the screen. His new single ‘Ishq’ is coming out soon and we are expecting it to be a great hit not just because DJ Lemon collaborated with him for it but also because he has a lot to offer as a singer. 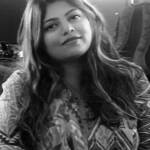