The Girl Named Feriha is a widely popular Turkish series launched back in 2011. The story of the drama involves a girl named Feriha who belongs to a very poor family. As the story unfolds, she gets herself admitted to a university on the basis of a scholarship giving her a chance to excel. However, interesting turns of events take place as she is perceived rich by most of her university friends. Feriha is one of the most-watched Turkish drama series over the years. Let’s have a close look into the drama to help you get started! 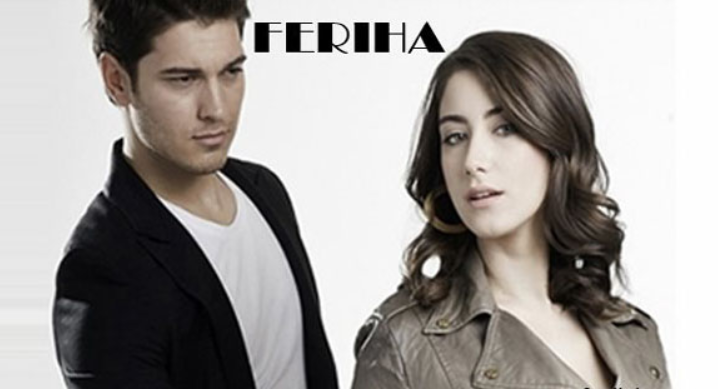 This drama is the story of a young, beautiful, and clever girl who lives in a luxury neighborhood but roots back to a very poor family. Feriha’s father works as a maintenance guy in an apartment providing management services.

Her mother also works in the same neighborhood offering cleaning services to help her father make up for a living. Feriha has a twin brother and she also helps her parents in looking after the maintenance chores. Being the only hope of the family, she struggles and gets accepted into a private university with a scholarship offer.

As the story unfolds, she becomes the center of attention among her fellow students due to her pleasant personality and the luxury clothes that she got from the neighbors. The story takes an interesting turn when one day her father arrives at her university. Feriha pretends that he is just a maintenance guy sent by her own father for some task.

As soon as she speaks this lie, she gets into a series of problems that write the fate of the rest of the story.

How To Watch Feriha In Urdu?

If you want to watch this drama in Urdu, we have got you covered with a direct link to the show on YouTube. All you need to do is to click on the link below to start watching the show right away.

We hope you liked reading the details from The Girl Named Feriha review.

Talal Farooqi
A mass media grad with a great deal of interest in blogging and copywriting. I hear that I'm good with words. So, feel free to check out my work!
Share
Facebook
Twitter
Pinterest
WhatsApp
Previous articleJapanese Companies expected to tap Pakistan’s market soon: Envoy
Next articleAsim Saleem Bajwa replaced with Khalid Mansoor as SAPM on CPEC Affairs