‘Smokers spend 10% of average monthly income on cigarettes in Pakistan’

MALAM JABBA, Pakistan: In what could be dubbed an alarming situation, as smokers in Pakistan spend 10% of their average monthly income on cigarettes due to which they are left with less money to busy other essential communities essential for a healthy life.

This was stated by the Country Head Campaign for Tobacco Free Kids (CTFK) Malik Imran Ahmad while speaking at a two-day session on “Saving Youth from Tobacco Hazards through Sustainable Measures in Pakistan” organized by the Society for Protection of Rights of the Child (SPARC) in Malam Jabba. 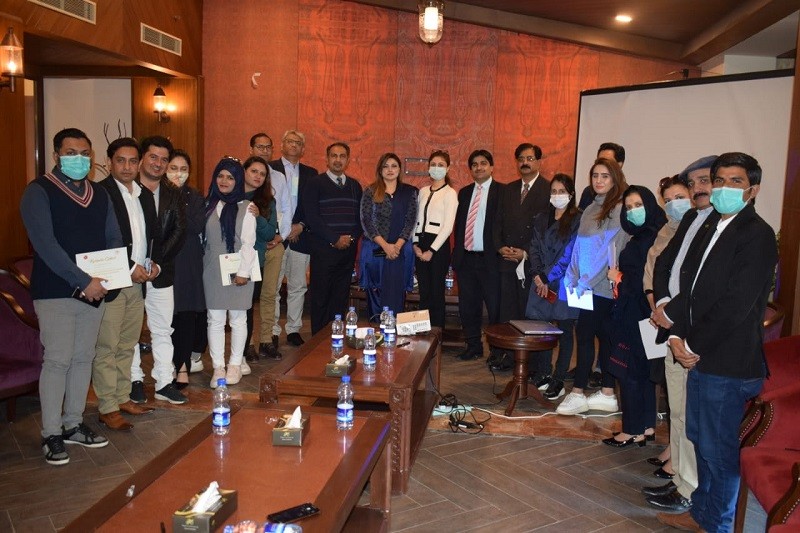 Malik Imran Ahmad said that tobacco control policies must be sustainable to create a meaningful impact. He shared that on average, in Pakistan, smokers spend 10% of their average monthly income on cigarettes. Due to this expenditure, people are left with less money available for essentials such as child nutrition and education.

The Country Head CTFK mentioned that raising tobacco taxes is a proven policy to help reduce tobacco consumption as per the WHO and World Bank recommendations. Unfortunately, cigarette taxation in Pakistan is among the weakest in the world, and this makes them inexpensive and affordable for youth. He urged the government to adopt a National Tobacco Control Policy and strengthen tobacco control cells for effective monitoring and implementation of tobacco control laws.

Earlier in a welcome note, the Chairperson Board of Directors’ (BoDs) SPARC Ms. Falak Raja said that tobacco consumption among youth in Pakistan is unacceptably high and their use of this addictive product is harming their mental and physical health.

The tobacco control activists in Pakistan are striving to raise awareness that tobacco consumption is not just a health issue. It has serious repercussions on poverty and economic stability, child development, child education, and child labour.

Addressing the participants, the Program Manager SPARC Mr. Khalil Ahmed shared alarming facts of the consequences of tobacco consumption on the health of Pakistanis. According to 2017 World Health Organisation Report, over 163,000 people died from tobacco-related diseases in Pakistan in 2017. He added that this health burden is particularly affecting the young population. Around 1200 children between the ages of 6 and 15 start smoking in Pakistan every year. He mentioned quoting Pakistan Health Research Council that tobacco consumption costs the Country Rs 192 billion health burden due to tobacco-related diseases and lost productivity whereas in comparison, the revenue generated from tobacco taxation is only Rs 115 billion.

In concluding remarks, the Secretary-General Pakistan National Heart Association (PANAH) Chaudhry Sana Ullah Ghuman said that Pakistan’s present, as well as the future, depends on the survival, protection, and promotion of rights, and development of its children. The government must recognize that tobacco is a major threat to our children and we will show our full commitment for this cause. The government needs to remain steadfast to overcome any challenges thrown by the big tobacco industry in order to safeguard Pakistani children from the harms of tobacco.

Mati
Mati-Ullah is the Online Editor For DND. He is the real man to handle the team around the Country and get news from them and provide to you instantly.
Share
Facebook
Twitter
Pinterest
WhatsApp
Previous articleTurkmenistan faces no obstacle in Afghanistan, laying infrastructure of cheap gas & electricity for Pakistan: Ambassador Atadjan Movlamov
Next articleRafi Group organizes Green Palms Gala’s 1st Lucky Draw amidst great fanfare