Talking to media in Islamabad on Monday, the minister flanked by Dr. Asiya Andrabi’s son and nephew said that the Indian Courts are preparing for the judicial murder of the Kashmiri leader by awarding a life imprisonment sentence to her.

Shireen Mazari said that life imprisonment in India has been defined as imprisonment till death which is repugnant to all worldwide definitions in this regard. 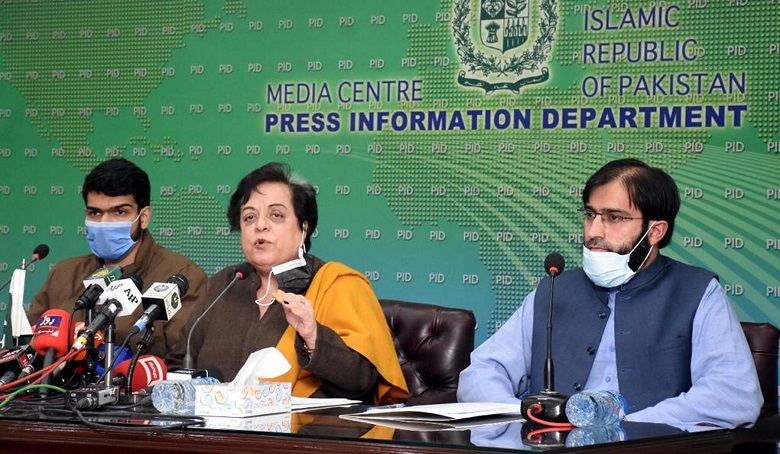 The minister said that Dr. Asiya Andrabi has been facing imprisonment along with the two other Kashmiri women activists, and the Indian Supreme Court is likely to announce its verdict in January 2021.

The minister for human rights said that Asiya Andrabi’s husband has also been under detention for the last 28 years. She said that the Kashmiri leaders are facing Indian torture and oppression in jails in sheer violation of Article 148 of the Fourth Geneva Convention on human rights.

Shaking the global conscience, the minister urged the International Community, especially the Human Rights Organizations to immediately intervene in Asiya Andrabi’s matter to protect the life and rights of the Kashmiri people.