NEW YORK:  The Chairman of the Special Parliamentary Committee on Kashmir Shehryar Khan Afridi called on the Director of United Nations of the Human Rights Watch (HRW) Louis Charbonneau, and briefed him on the demographic changes and human rights violations by the Indian forces in the Indian Illegally Occupied Jammu and Kashmir (IIOJK).

The meeting took place on the margins of the 76th session of the UN General Assembly. 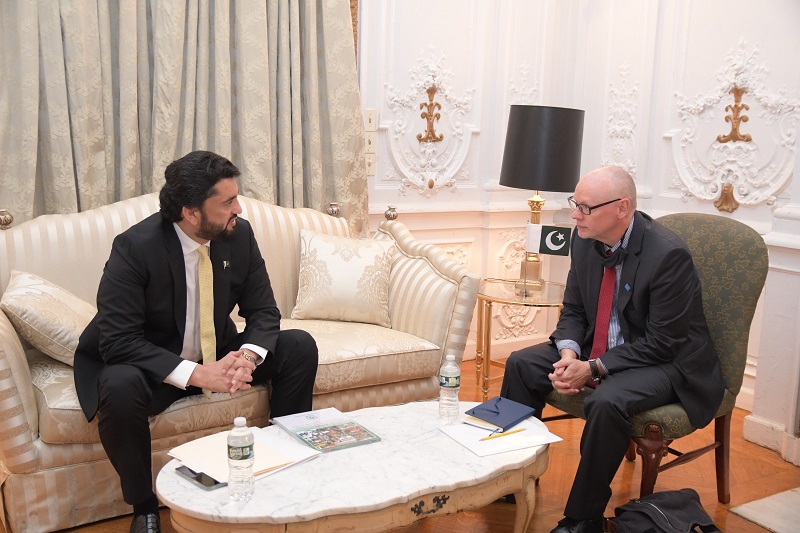 The Human Rights Watch, a prominent international watchdog body, has issued a number of reports critical of India’s human rights abuses in Kashmir, especially after New Delhi’s annexation of the disputed territory.

Shehryar Afridi, who is on a visit here, has been meeting with the human rights activists and organizations, urging them to speak out against the genocide of Kashmiris and brutalities being committed by Indian security forces against the helpless Kashmiris.