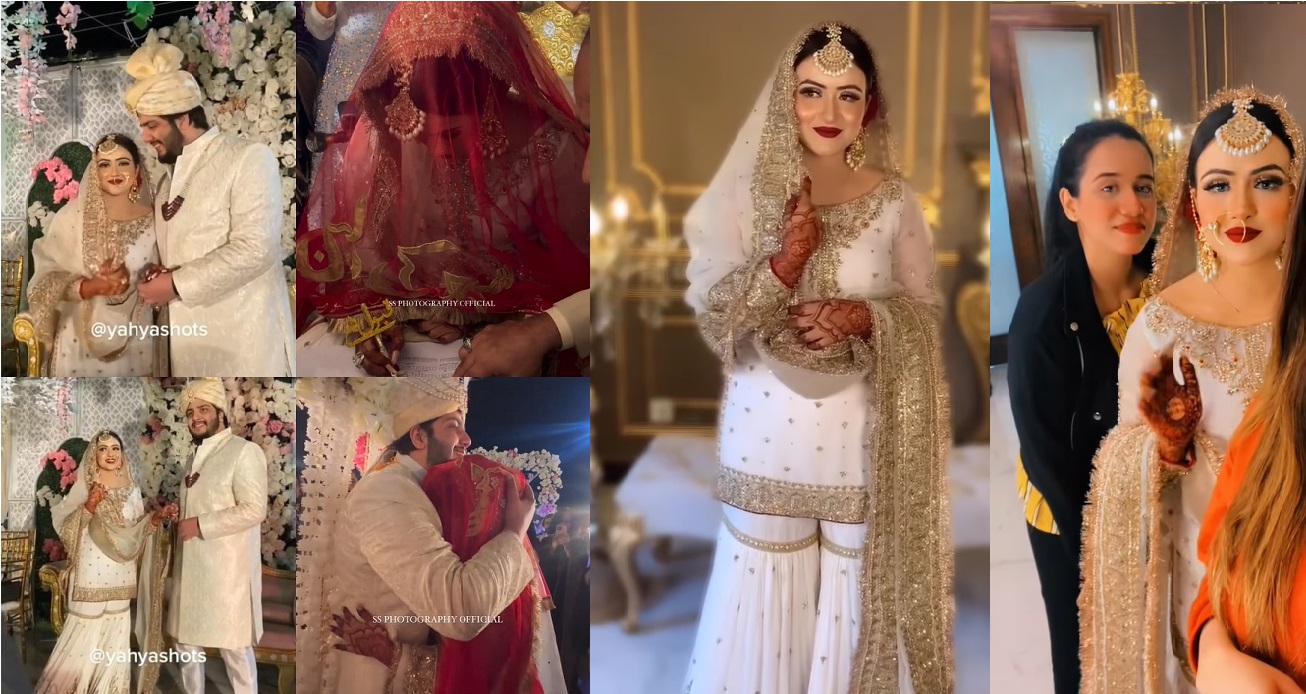 This season is making a lot of people tie knots of marriage with each other. Showbiz celebrities and social media influencers are also following this path. Last week Azlan Shah and Warisha Javed paired up in a beautiful relationship. Now, another famous Tiktok celebrity Sehar Hayyat is getting married to the love of her life. Sehar Hayyat and Sami Rasheed got nikkahfied last night in a grand ceremony.

Who Is Sehar Hayyat and Her Husband?

Sehar Hayyat is a young TikToker of Pakistan. She has risen to fame within a short period of time. Sehar became famous on TikTok in 2019. Since then, she has been creating entertaining videos for her fans. Currently, she has around 2 million followers on Instagram. Sehar started appearing with Ali Butt in her video and then with Saif Khan who are both TikTokers. However, her relationships did not last long.

Till the beginning of the wedding festivities, people were questioning who she is getting married to. Her husband is a singer with whom she worked in a music video, Mera Yaar Pardesi. Sehar looks extremely happy during all the events of her wedding. Here is the video of her song with her husband. 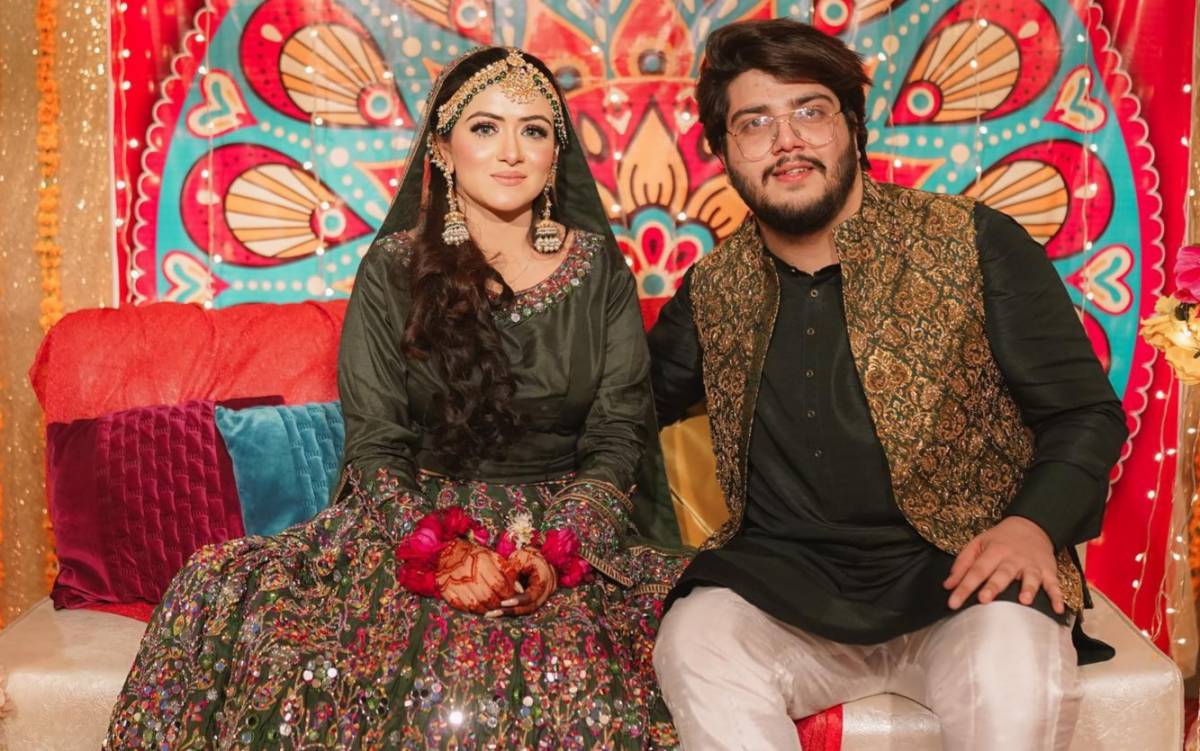 Sehar Hayyat and Sami Rasheed wedding began with an announcement from her about her wedding. Until her Mehndi ceremony, she did not disclose anything about her husband. Sehar had a colourful ubtan ceremony in which she could be seen applying Henna on her hands. Many TikTokers also attended this beautiful event.

Her fans were intrigued about who she is getting married with. She finally revealed a picture with her husband from her Mehndi event. Many Tiktokers as well as fans blessed her with bundles of prayers. Last Night, the couple finally got into a precious bond of Nikkah in a grand ceremony. 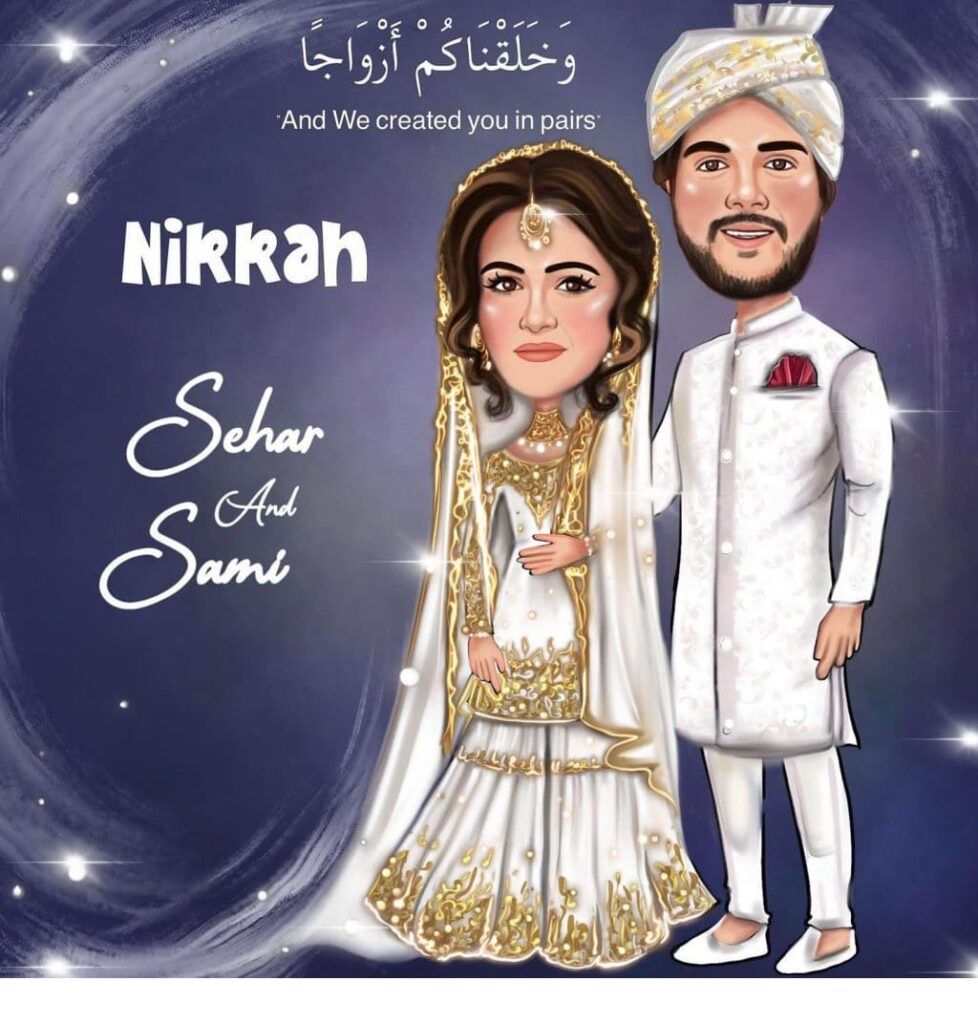 Both of them were dressed in ivory-coloured dresses embellished with golden embroidery. In the nikkah ceremony, Sami Rasheed also sang a song for Sehar Hayyat. The nikkah ceremony was followed by an entertaining Qawali Night. On the Qawali night, Sehar was wearing a black dress with a red rose laurel on her head. Here are the pictures of her Nikkah. 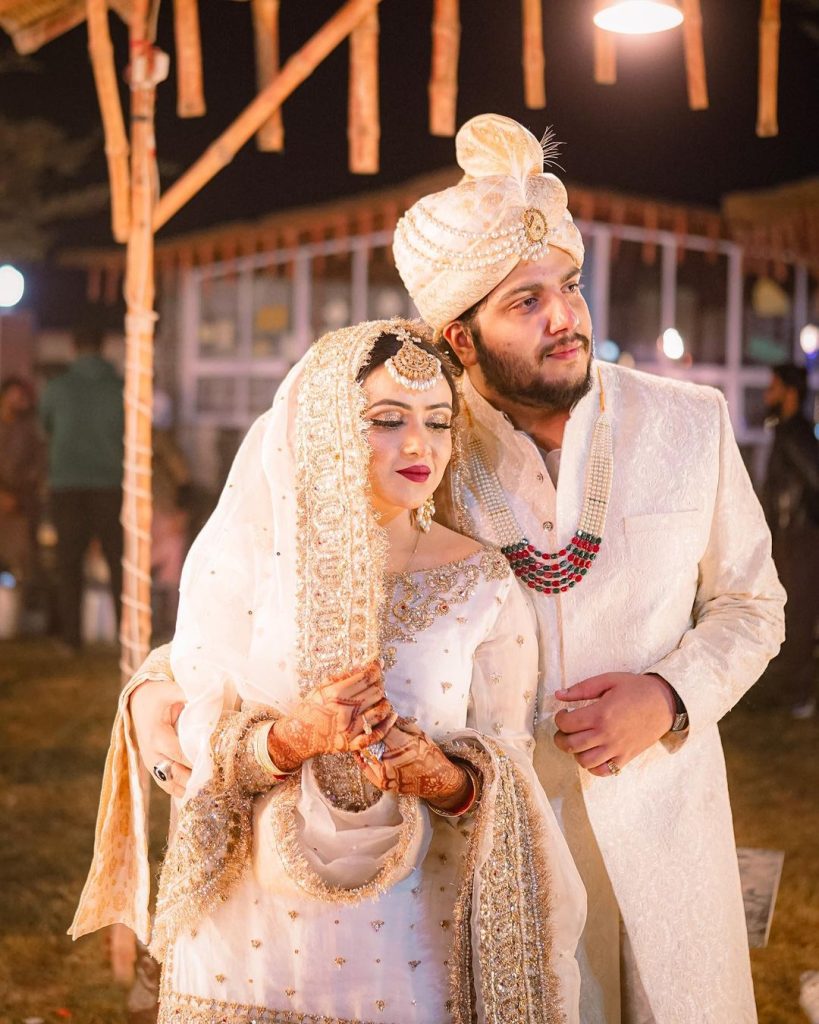 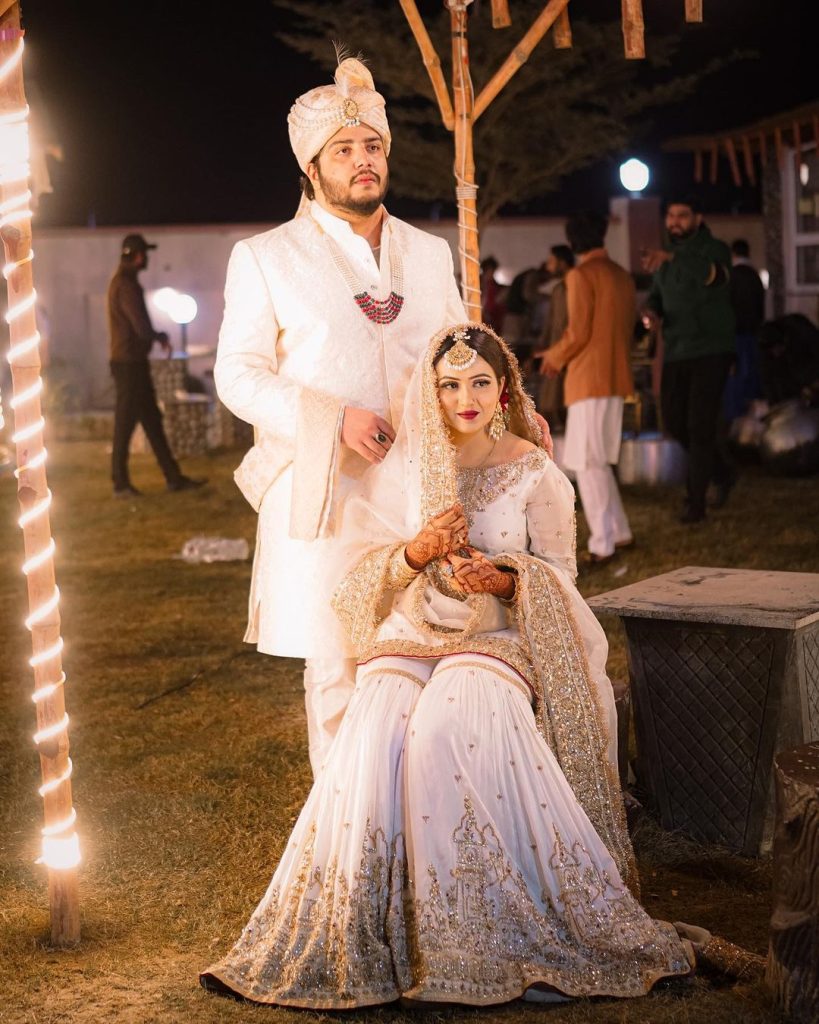 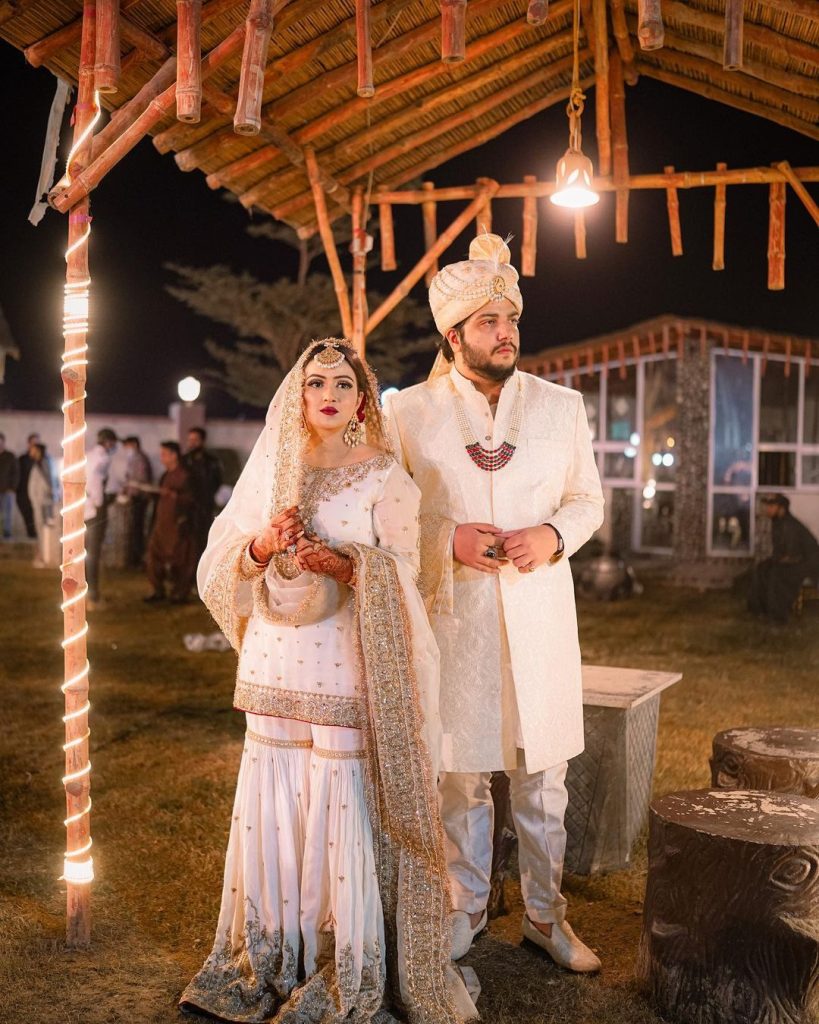 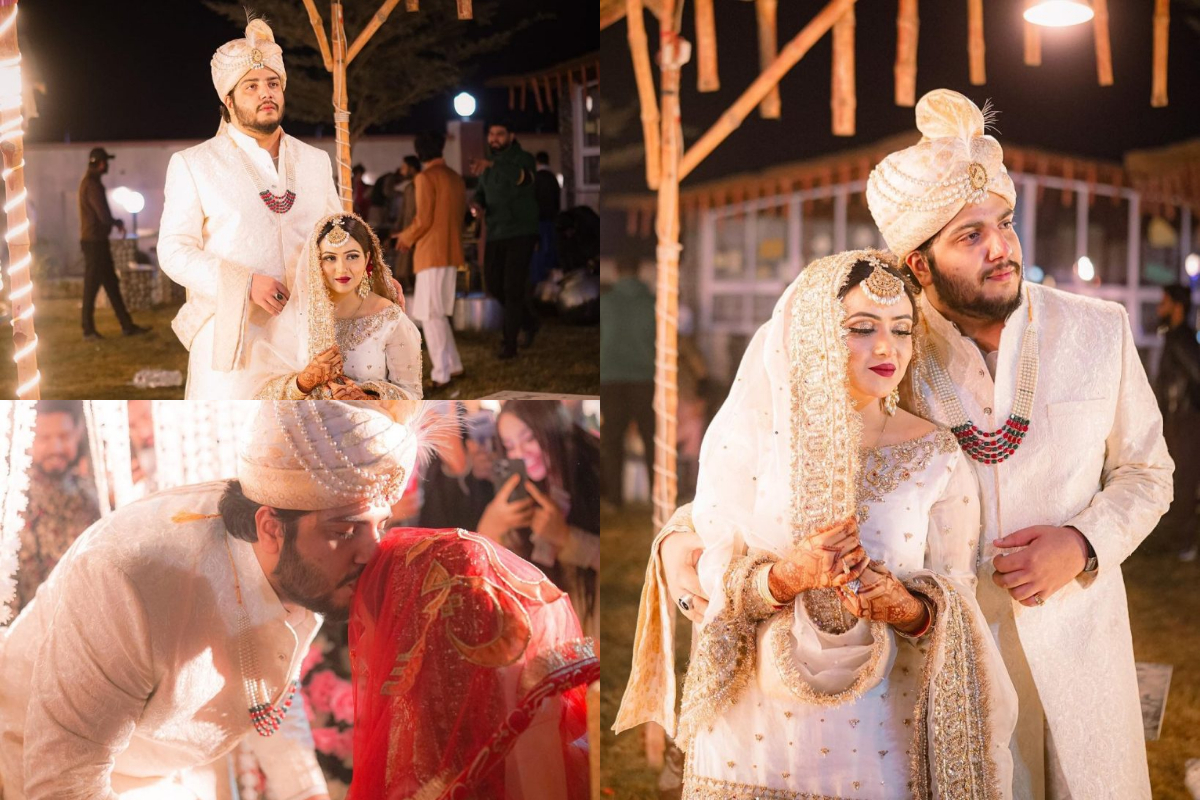