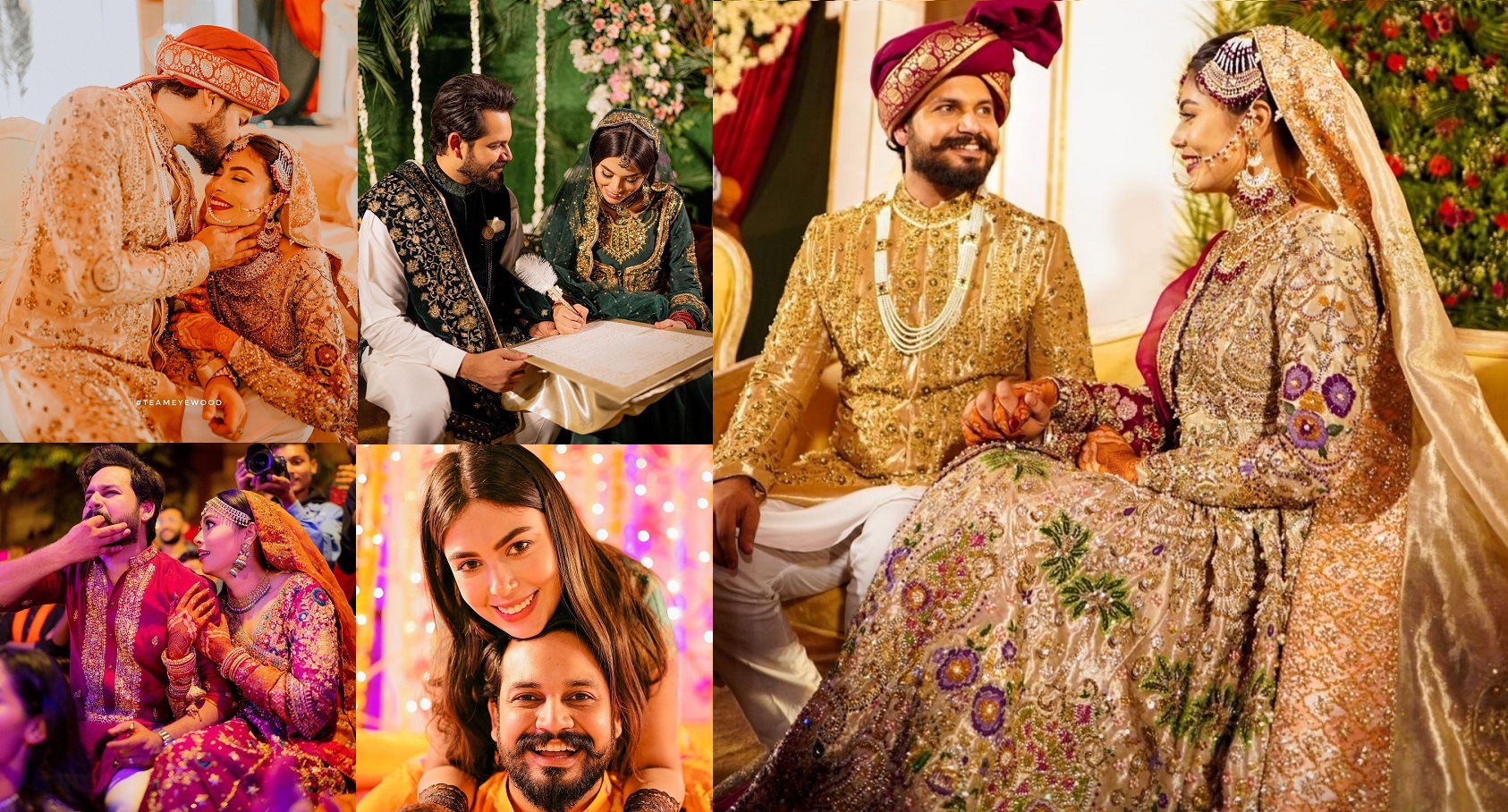 If you have been using your social media, you might have definitely come across a lot of weddings these last few days. One which has got the most hype is Azlan Shah and Warisha Javed wedding. Both of them had made a beautiful and adorable couple on social media since their Dua-e-Khair in May 2022. They became an influencer couple on social media that stayed in tune with their fans in a fun way through Instagram and Youtube channels. How did their story begin? Azlan shared the story of the beginning of their relationship on their baraat day. Azlan shah and Warisha Javed recreated their first-ever picture together on their baraat day that revealed a lot about their story. He revealed that he went to Dr Warisha, the dentist, for his tooth scaling and eventually fell in love with her.

On his wedding day, when he uploaded that recreated picture, he also wrote a caption for the boys. He said, “One tip to all the boys. Please never miss your dentist appointments.”

Both of them look adorably beautiful on all their wedding occasions. They set some real wedding outfit goals for couples. They adopted royal looks on Mehndi and Baraat with heavy sherwani and lehenga looks. Azlan Shah and Warisha Javed looked extremely magnificent on Ubtan Lagwayi and Walima too.

A Gift To Remember 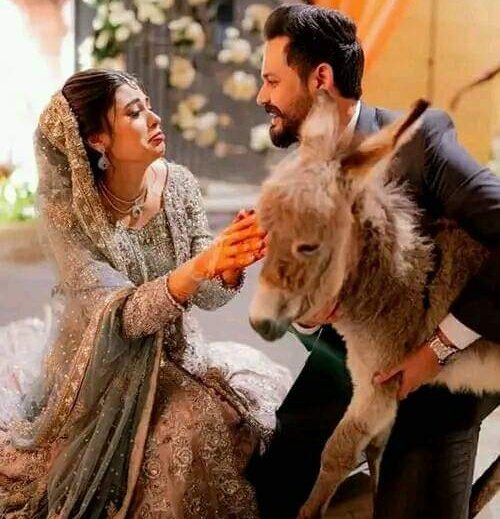 Their wedding will remain memorable for a lot of people. Along with their royal looks, jaw-dropping photoshoots, and their sweet love story, Azlan’s wedding gift to Warisha will remain in talks forever. He gifted to his wife what nobody might have ever dreamt of. Boys usually give jewellery, car, or house to their wives. The trend is also adding gifting pets to the spouses but who would have imagined a baby donkey as a gift?

Azlan Shah uploaded a video of giving a gift of a baby donkey to Warisha Javed and she looks overwhelmed by this act. Azlan shared that Warisha loved baby donkeys so he brought one for her. The couple has adopted that baby and now taking care of it.

Take a look at the alluring Azlan Shah and Warisha Javed wedding pictures. 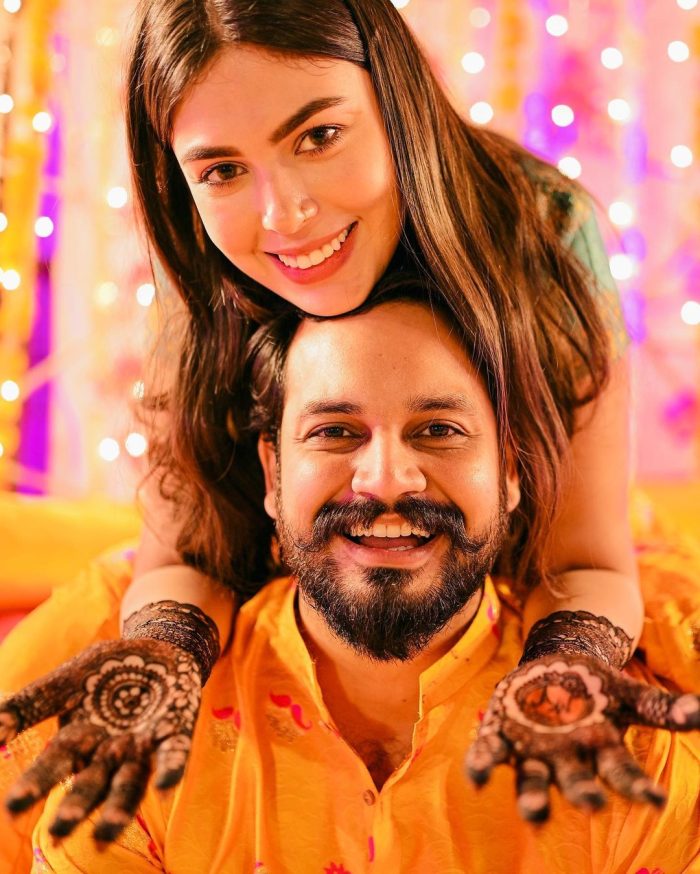 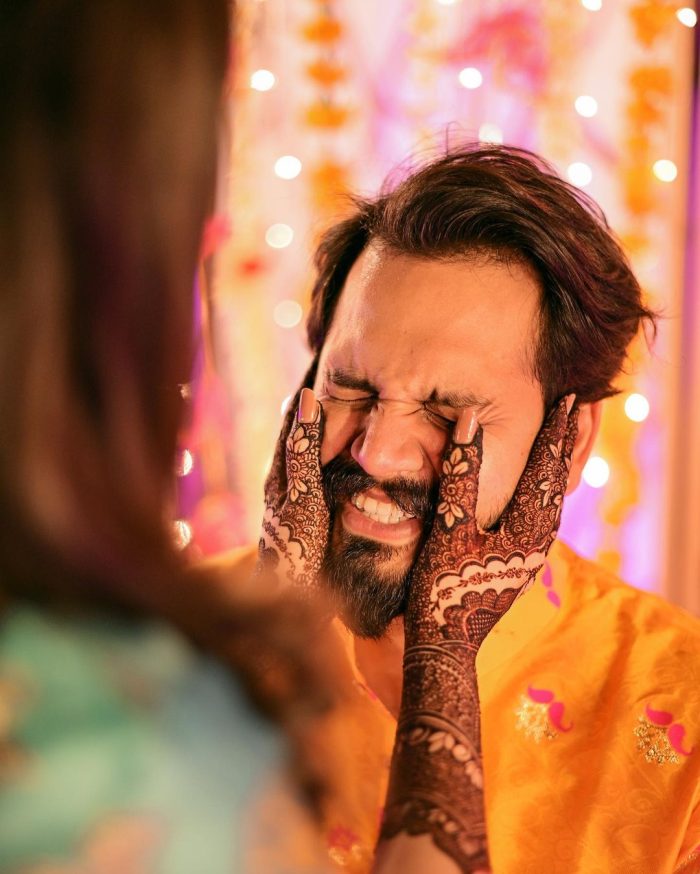 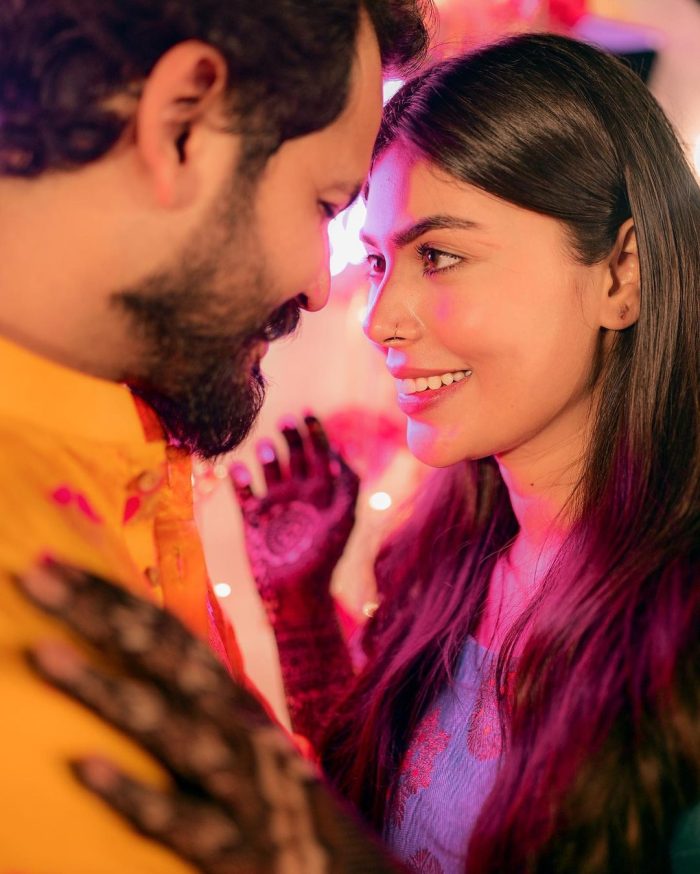 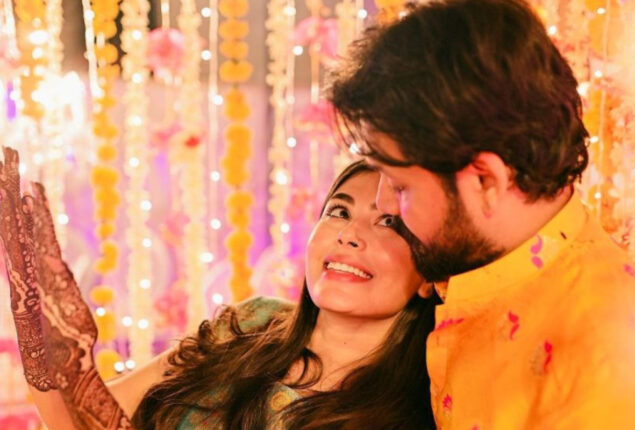 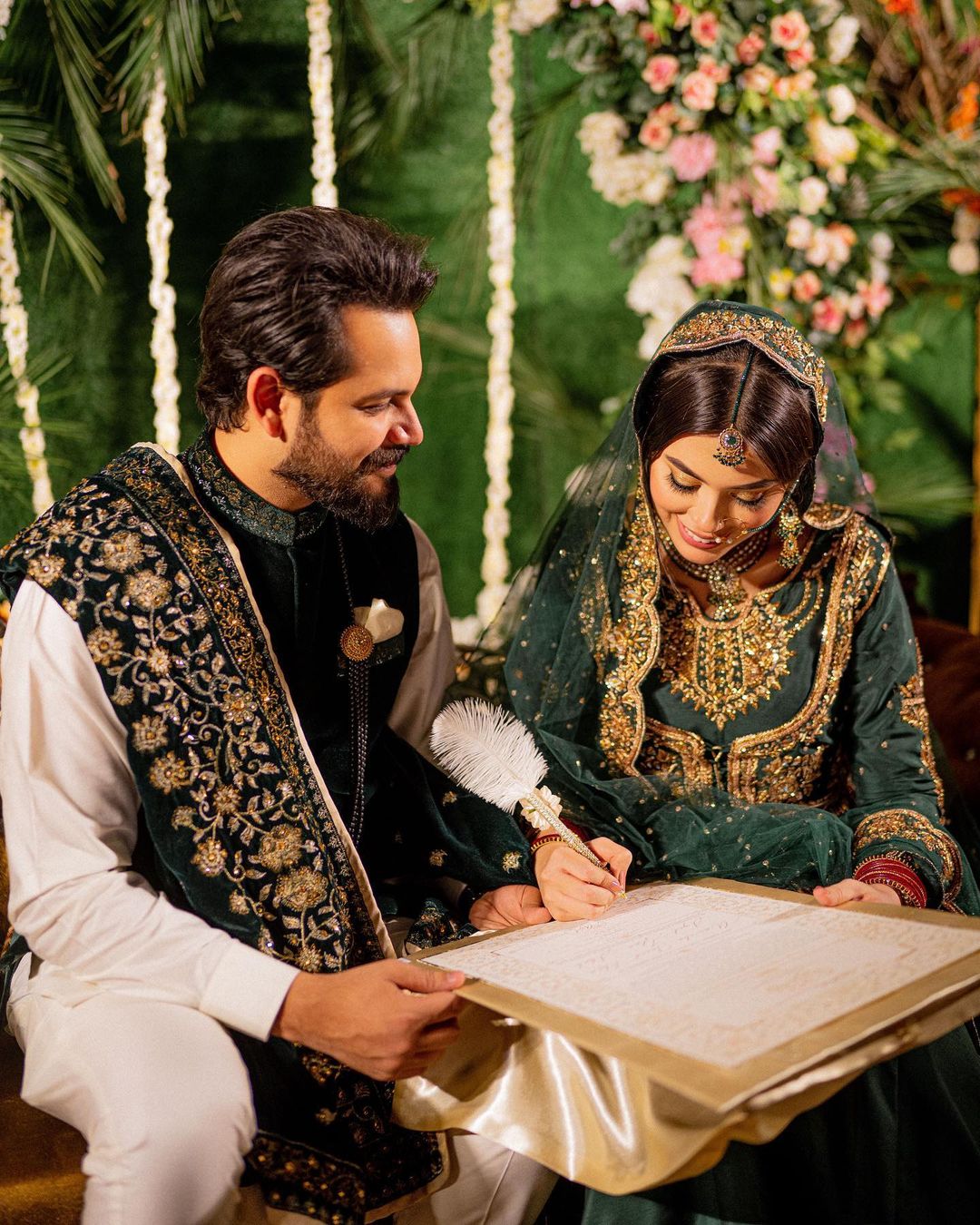 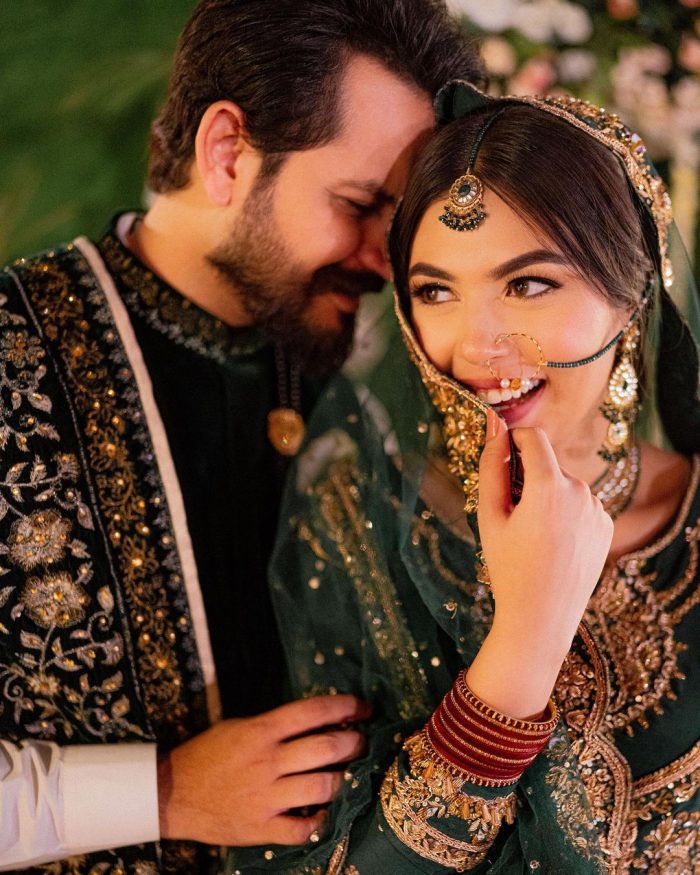 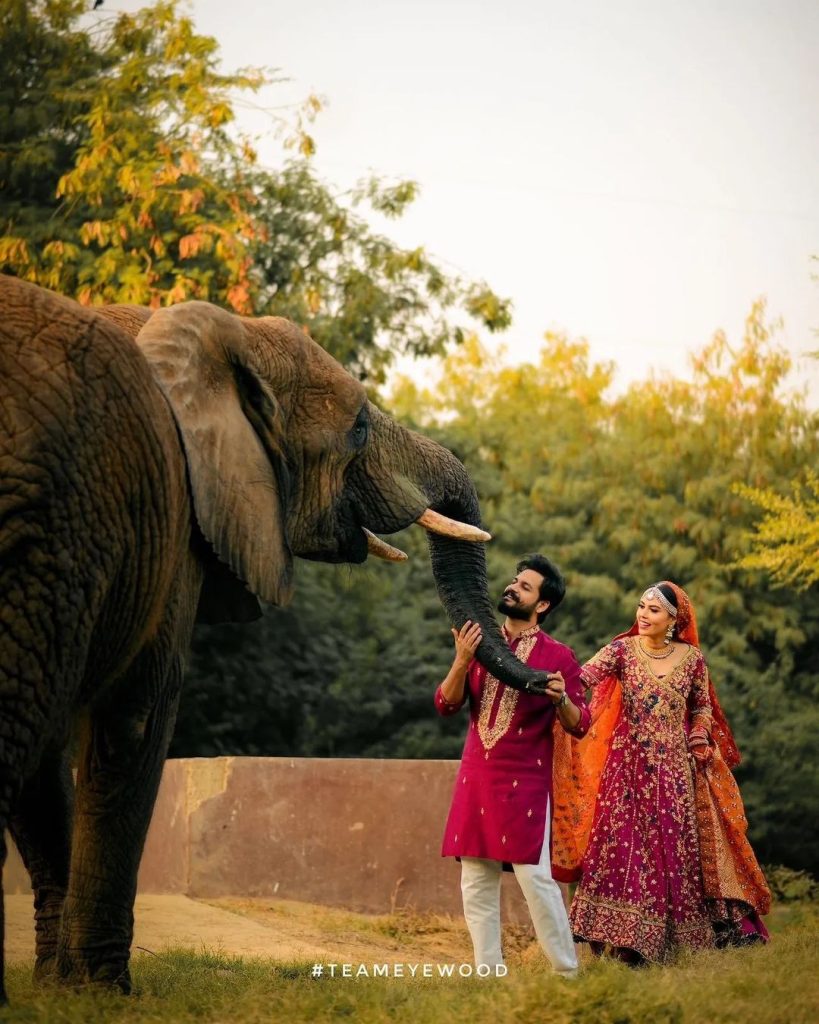 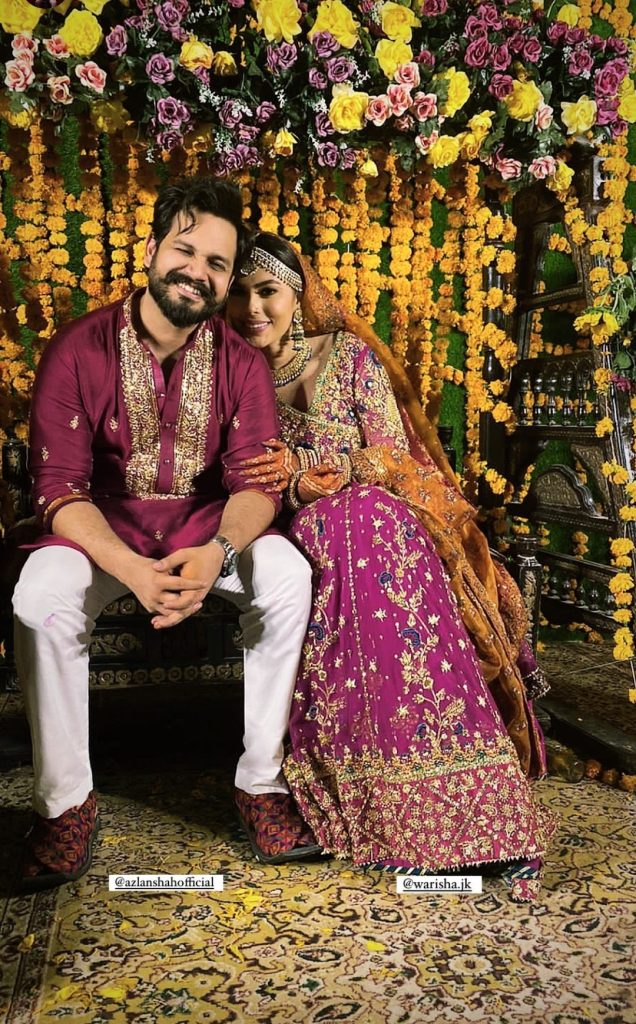 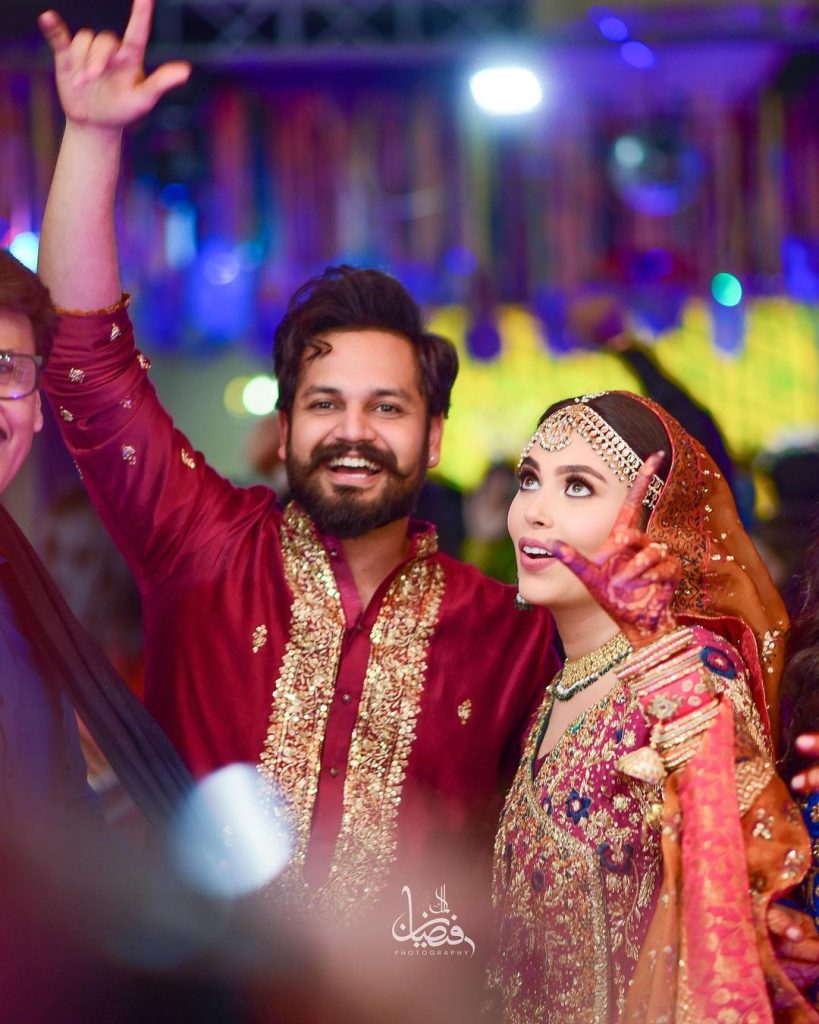 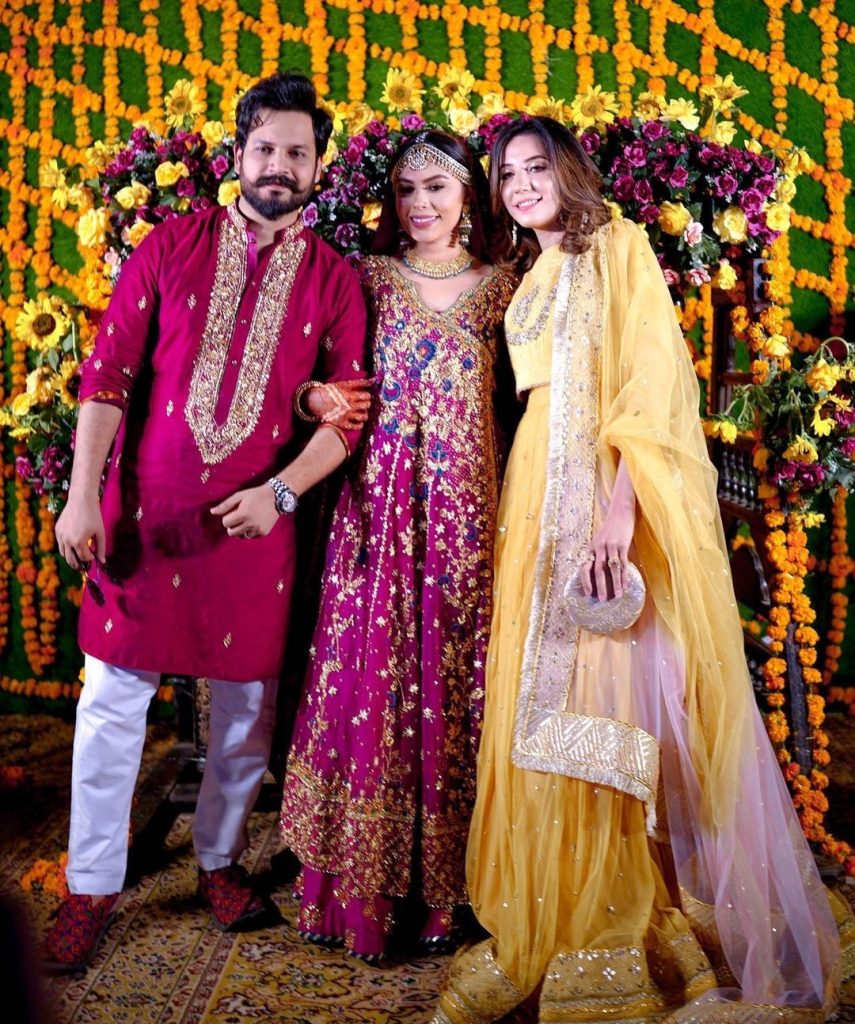 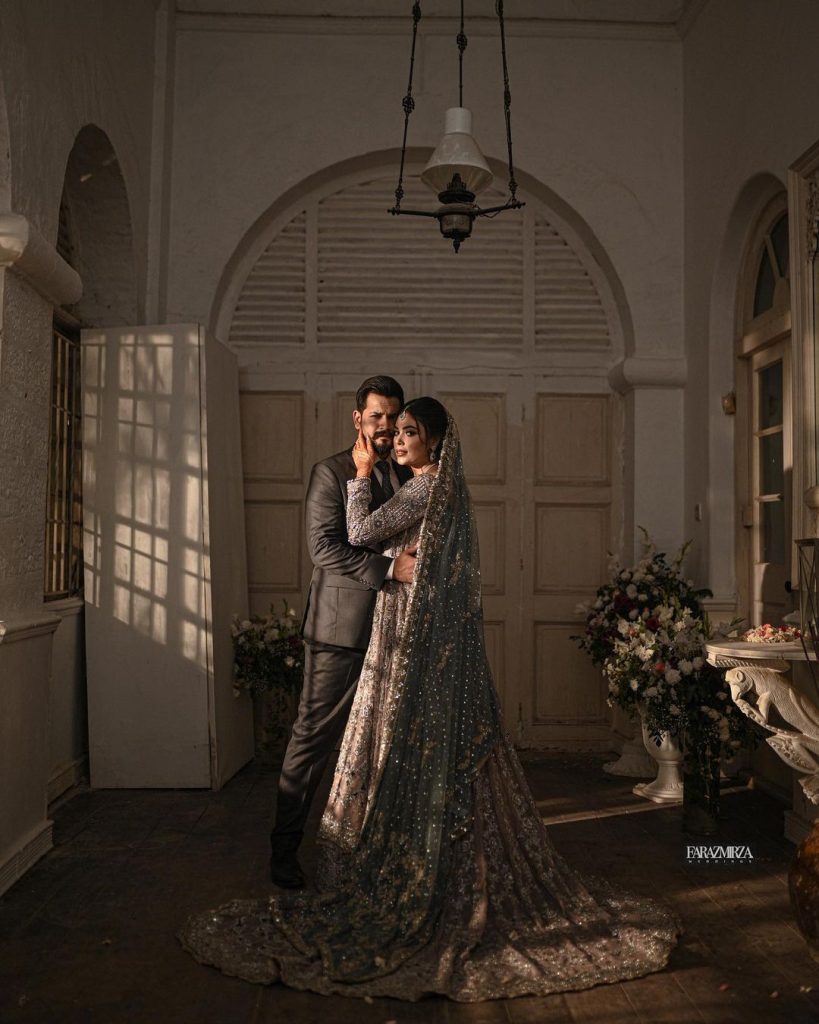 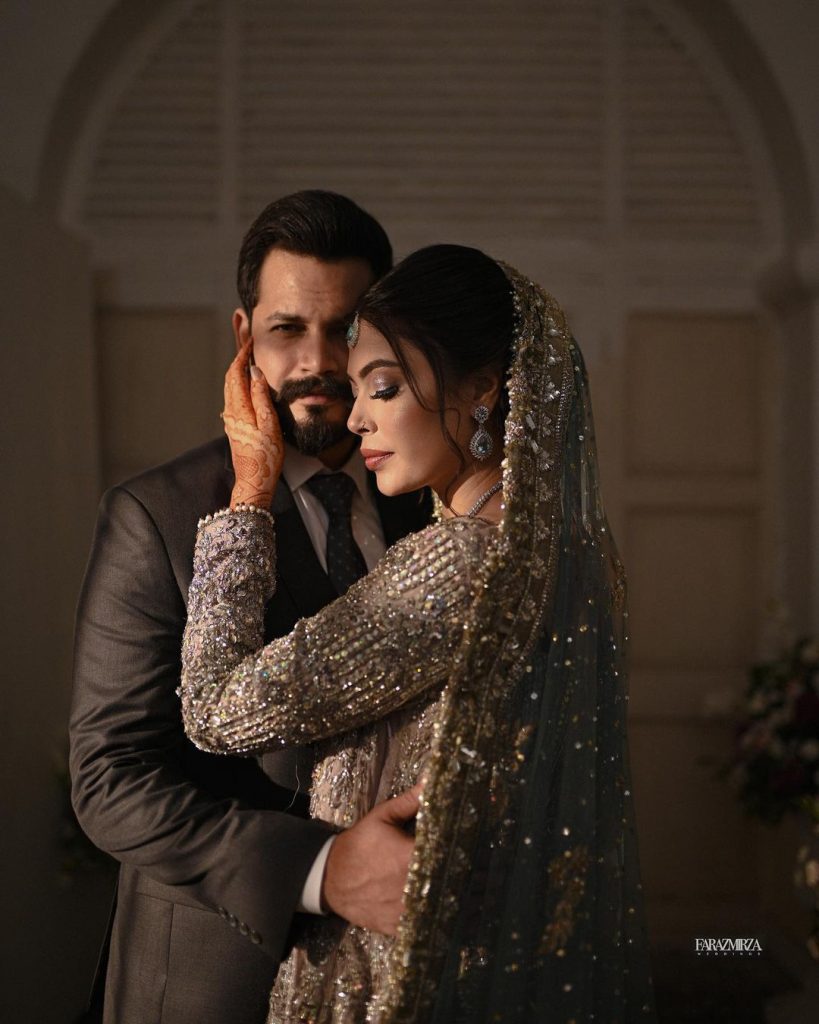 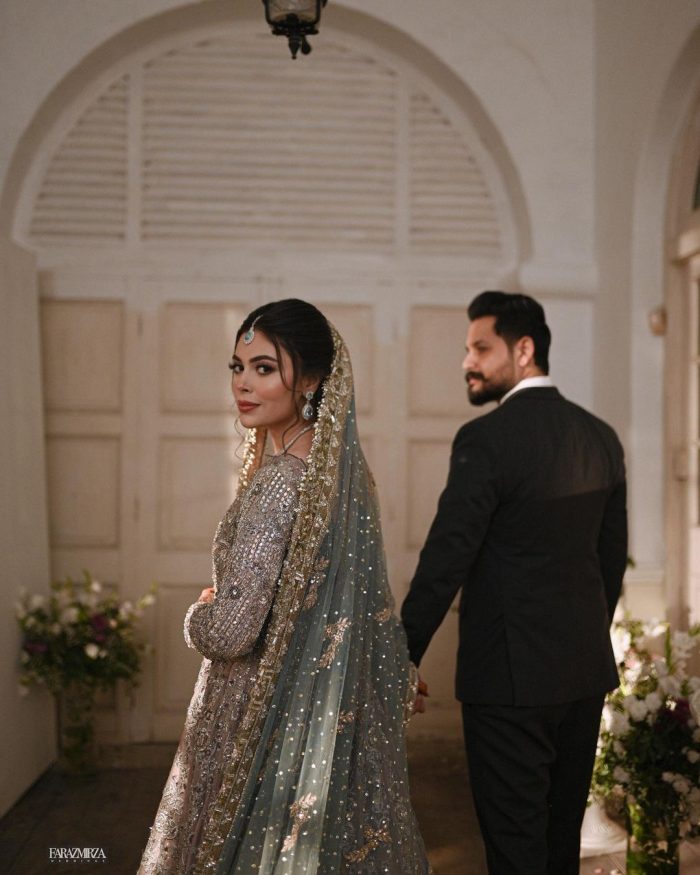