Pakistani model and actor Sarwat Gilani has stunned her fans with her latest bold avatar as she posed in western attire, which many find too aggressive for a conservative society.

Western clothing is what Pakistani celebrities love to wear these days, and the Churails star is the latest to join the bandwagon of celebrities’ soaring temperatures amid cold weather. The 40-year-old, known for her bold persona, never missed a chance to leave her fans in awe, and in her latest reel, she posed for a photographer wearing a skimpy blouse.

The video, doing rounds on the internet, saw Joyland actor start with Sarwat’s makeup in a rare BTS clip. As the short video progressed, the bold actor posed for a female photographer, standing in what appears to be a hotel room.


The clip then captured her closer view as she flaunted her cleavage in an ivory-tone dress coupled with a greenish jacket; the clip ends with Sarwat smiling at the camera.

Meanwhile, some fans are shocked by the latest bold avatar of the Lollywood diva; however, others showered praise her for the hot look.

Her reels and snap also irked trolls who called her out for posing in a skimpy dress. 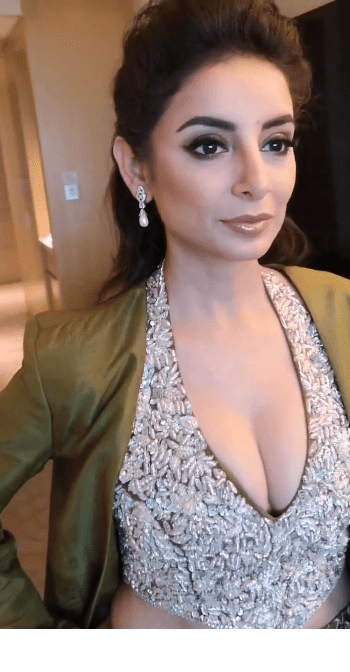 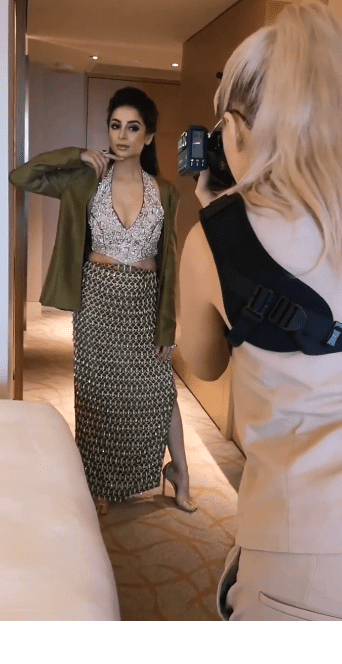 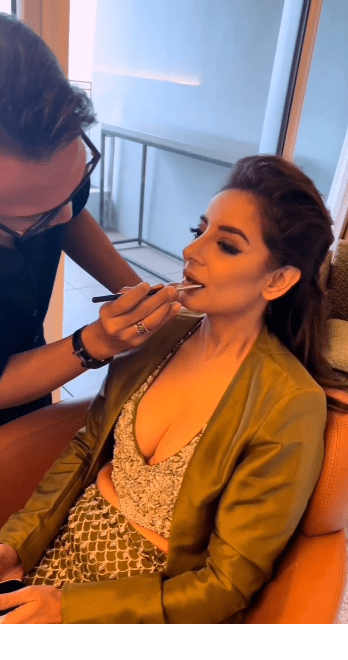 The actor lately bagged praise for her latest project Joyland, Pakistan’s trans-themed movie, which has been shortlisted for the 95th Academy Awards. Gilani also made an appearance at the Cannes Picture Festival to promote Joyland. Besides having noted projects under her belt, she also serves as an ambassador for the Indus Hospital and the Special Olympics.

Sarwat Gillani made her acting debut with the drama serial ‘Dil Ki Madham Boliyan’ in 2005 on TV One. The drama was a success and got her registered with the masses. Though she did not have a significant role in it, she got several theatres from her acting debut. She played the lead role of a young girl named Mahi living in the USA, and it showcased her and her friend’s journey to finding love. She starred opposite Faisal Rehman in this serial titled ‘Malay’. Another drama considered her most prominent acting debut was ‘Yariyan’ opposite the industry’s leading names, including Aijaz Aslam, Faisal Qureshi, and Samiya Mumtaz. This drama is also about the lives of three friends and how they overcome everyday life together.

Sarwat has also acted in a few Pakistani films after the revival of current-age Pakistani cinema. She made her debut with the famous comedy film ‘Jawani Phir Nahi Anis opposite the ever-charming Vasay Chaudhary. She played the role of a Pashtun woman who caught the hearts of many. She reprised the same role in the second instalment of the movie opposite Chaudhry as well. Sarwat finally made her stage directorial debut with ‘Kisi Topi Kiskay Sir’.

She also was behind the lead cartoon character as the lead vocalist for the 3-bahadur movie instalment for kids and everyone. The movie was reckoned to be the country’s first international-level animated film.