Sajal Aly might be one of the most popular actresses, but she is the one we seldom see if she isn’t acting or is on our screens. The actress takes her fair time updating Instagram or posting anything that can give us a glimpse of what she is up to these days. It is due to designers or makeup artists most of the time that we get to see her work.

But this time, Aly herself has posted pictures from a new photoshoot and she gives the perfect representation of the old-era vibes in the beautiful dresses and makeup she has adorned.

The makeup artist Zamin Raza around a week ago posted the picture of him and Sajal where we can see her all glammed up posing for a mirror selfie with him. Soon after, pictures from the shoot for a designer followed, and we get to see two different but equally gorgeous looks of her.

Pictures From The Shoot

The shoot was for the Eastern collection of Asma Abbas designs, and who better than Sajal to rock those looks? The first look had a minimal makeup with her beautiful hair all straightened. The dress is a Shabnam Koti with a Naghma shalwar. Here are the pictures of the shoot in this dress: 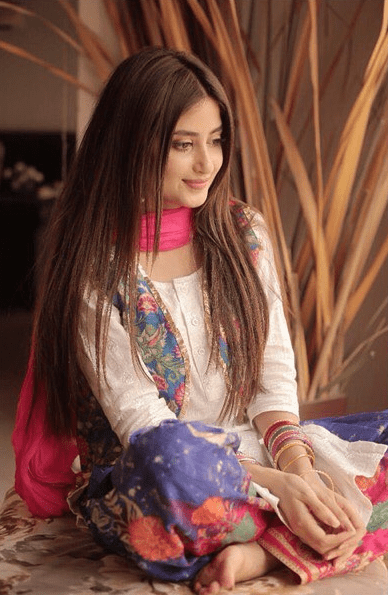 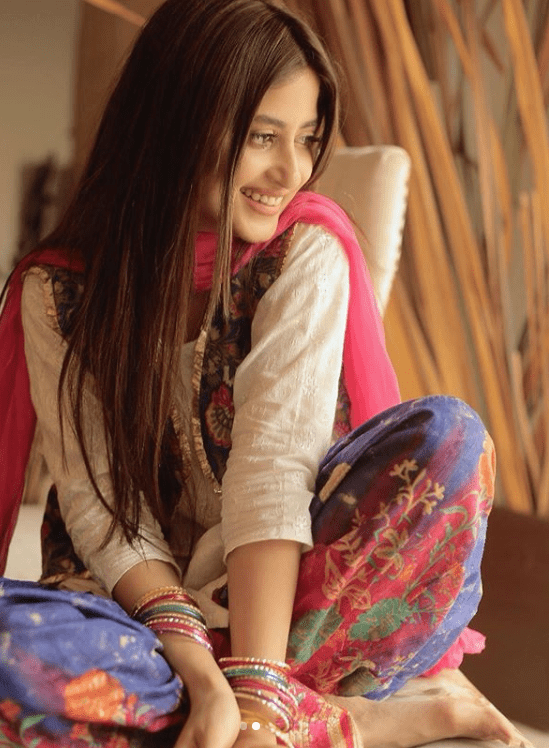 Do you know a fun fact? Just as the pictures were uploaded on Sajal’s Instagram account fans flooded the designer’s DM, which made this color run out within a few hours only. It still hasn’t been restocked. Talk about people going gaga over their favorite celeb’s choice.

Another look from the shoot is more of a conventional, classic 90s era vibe, which Sajal is famous for. Though the complete dress pictures aren’t released yet, here are the two pictures shared on the social media accounts: 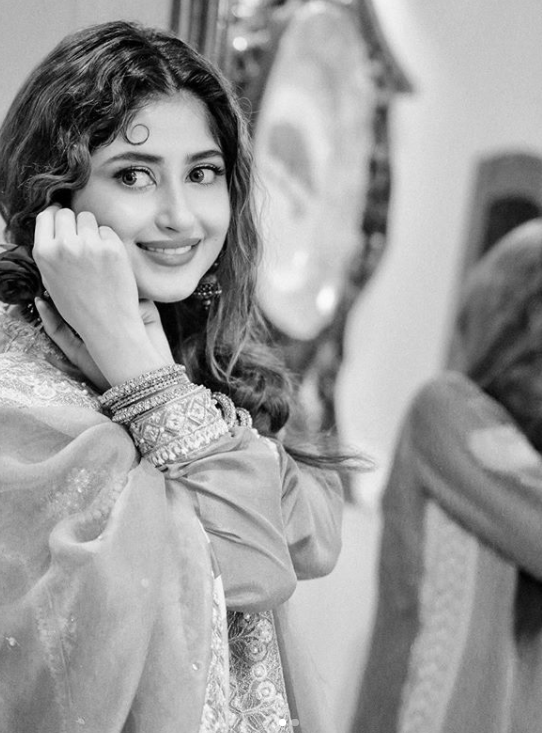 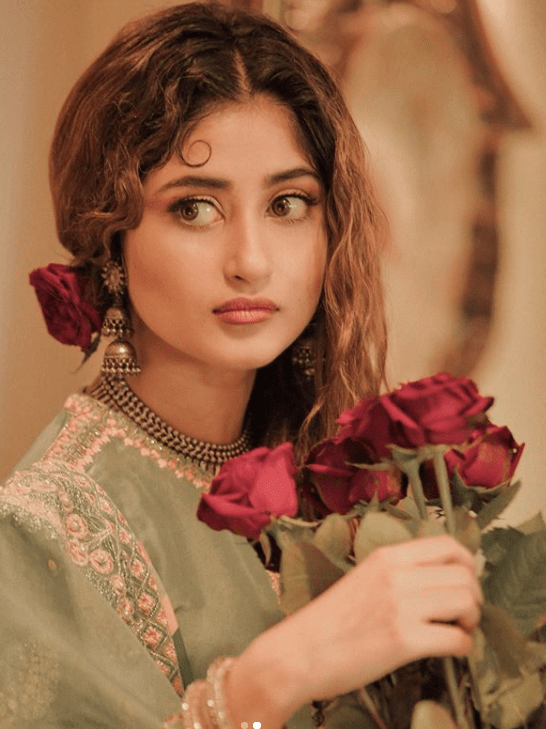 If you can’t take your eyes off of these beautiful pictures, don’t worry, we can’t either.

Who Was The Shoot For?

The shoot was for the upcoming designer making her way through the fashion square, Asma Abbas Designs. The photography was done by Rehan Mithani Photography whereas the hair and makeup were by Zamin Raza.

What Is Sajal Aly Doing These Days?

Since we haven’t seen her on the screen for quite some time, everyone has been pondering over what she is up to these days and what projects are under her belt after the grand wedding. Well, that’s still under the wraps because the star hasn’t revealed anything about her upcoming projects.

Just like you, we will also wait to see what amazing things Sajal Aly has under her belt for us.