Sadaf Kanwal is one of the top models of the Pakistani fashion industry. Her success in the modeling world is akin to she came, people saw her, she conquered. She is one of the best faces of recent times and no matter what brand she models for, there is no way she doesn’t ace at it. Just recently, she has done a beautiful bridal shoot, and we are again in awe of her style and beauty.

Her latest bridal shoot mostly comprises of two different looks. We surmise that the others are yet to be revealed because Sadaf herself gave a sneak peek of one of the looks on her Instagram account.

The first look, titled as ‘Royal Quartz’, is a classic combo of deep red and gold with intricate hand-embroidered details merged together with silk thread rosettes, as the designer Annus Abrar states on his official Instagram account. This one is an absolutely fresh take on the red & gold bridal culture of the country because of it retaining the colors and being stylish alongside as well.

Here are some pictures: 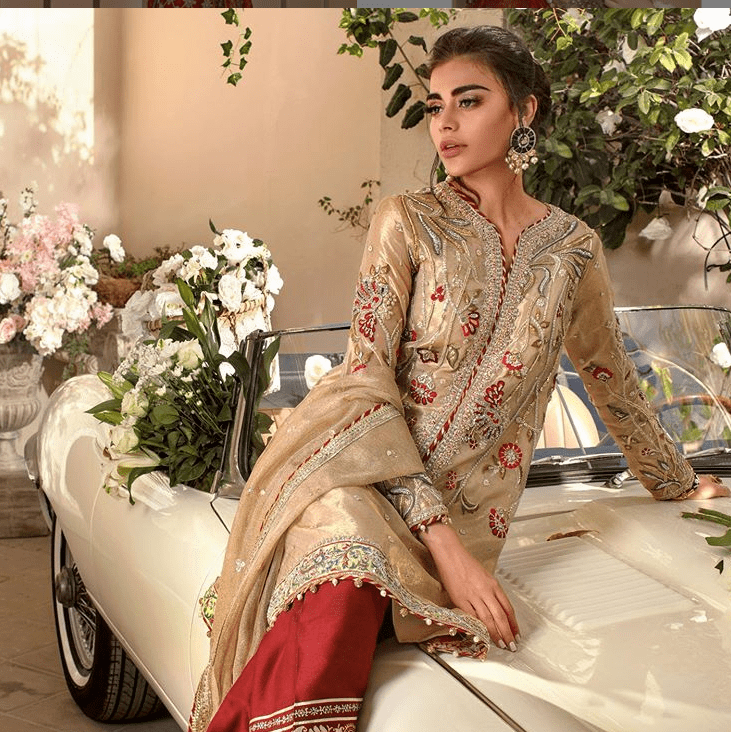 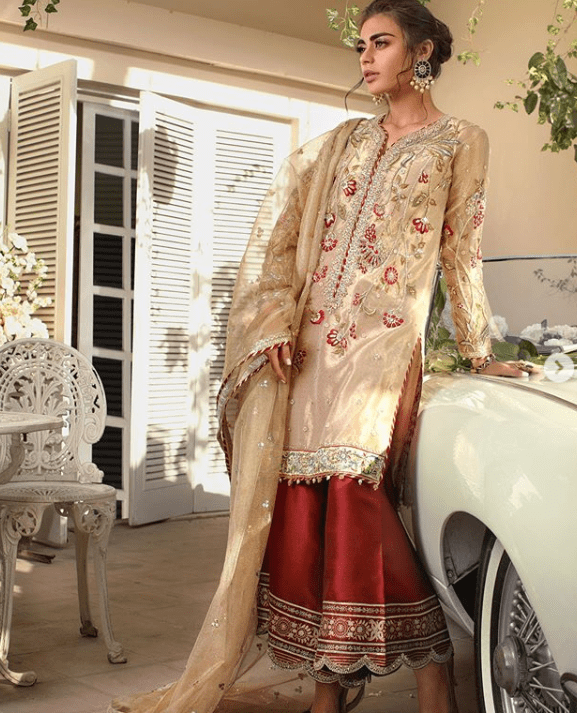 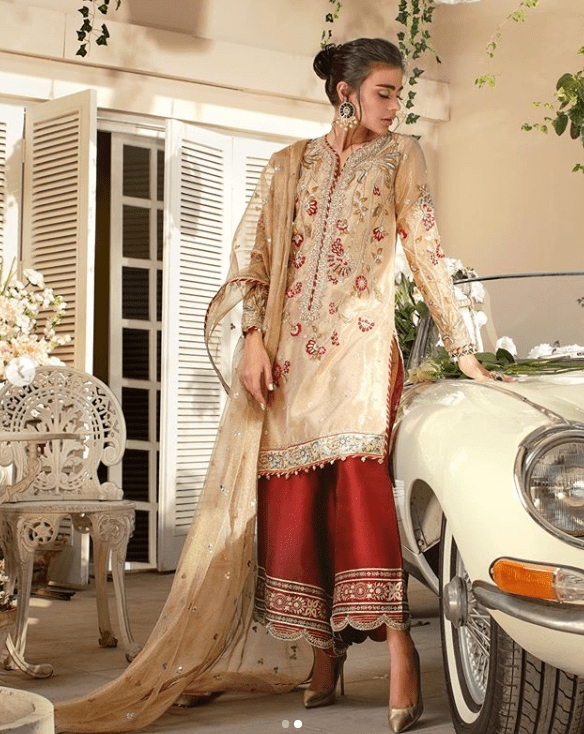 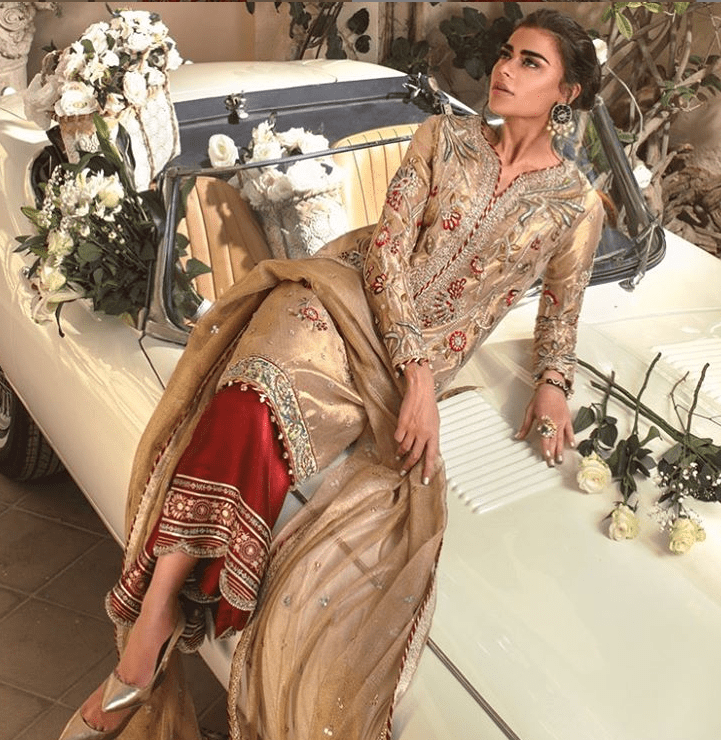 The second look for the shoot is fresh and more on the modern side. Titled as Ombre nights, it is a long silhouette shirt in midnight blue color with stunning silk thread embroidered details merged together with pearls, sequins, and crystals, as the designer explains. Very fresh color with a modernistic take on the bridal attire, Sadaf absolutely kills in this one.

Here are some pictures: 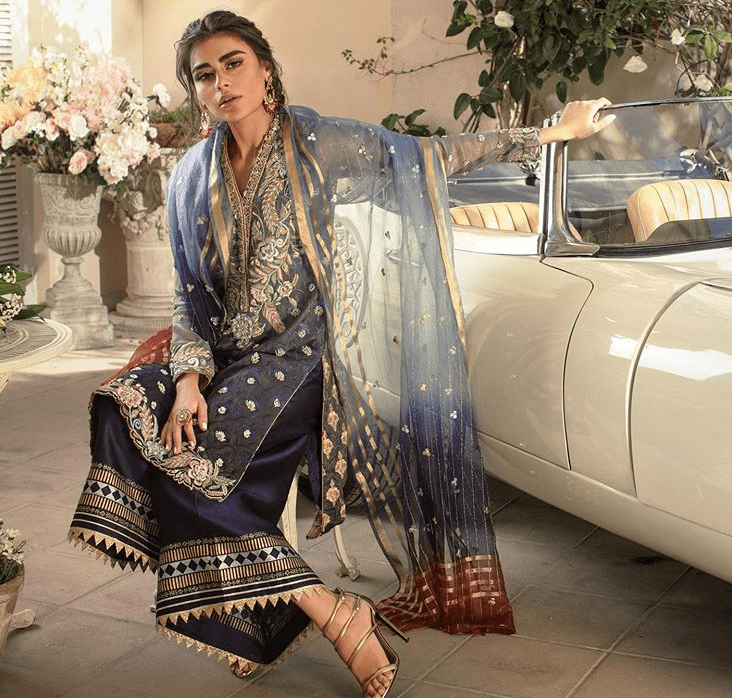 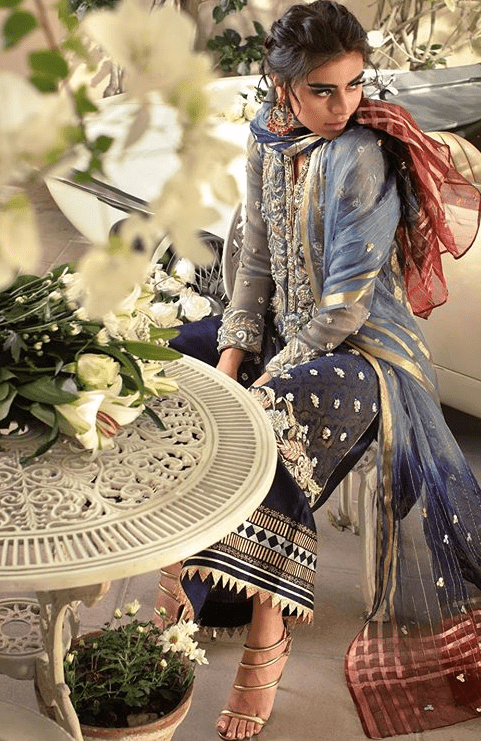 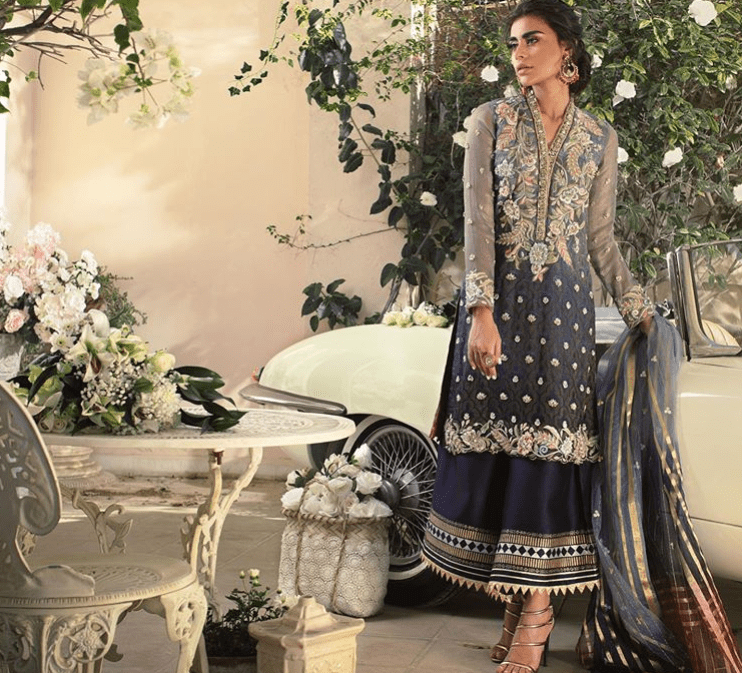 Although the designer Annus Abrar has only revealed the first took looks shown above, Sadaf herself has teased the third one with a picture on her Instagram account. The silver net with glowing makeup and knot at the back and messy hair at the front, this is definitely our best look from the entire shoot. 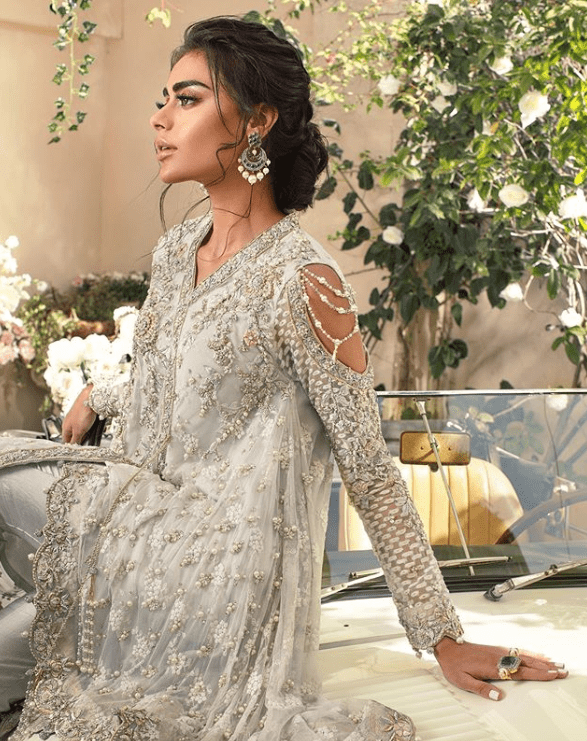 Who Did The Shoot?

This shoot by Sadaf Kanwal was for the designer Annus Abrar, known for bridal and heavy pret dresses, in partnership with Ayaz Anis for photography and Raana Khan Salon for the makeup.