Saboor Aly and Ali Ansari tied a beautiful knot in January 2022. Since then, they have been sharing adorable memories from their lives with the fans. Among all those reminiscences of their lives, they also posted a picture of them with drips injected. As celebrities could go without close criticism, netizens suspected a whitening ingredient mentioned on the drip. This sparked everyone on pillorying Saboor Aly for getting whitening injections and setting fake standards of beauty and so on.

The criticism grabbed hype for some time and settled too soon as an ordinary social media thing. However, neither Saboor Aly nor Ali Ansari responded to it harshly and ignored the talks in the town. 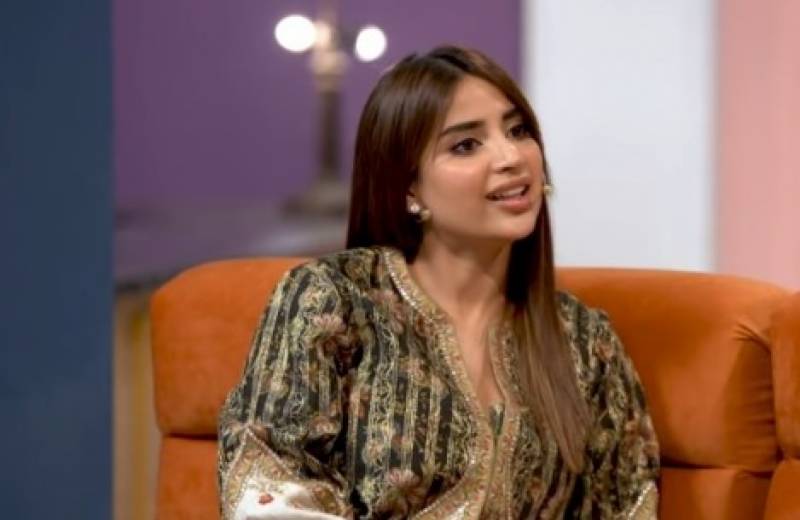 Recently, Saboor Aly came for an interview on The Talk Talk Show where the host Hassan Chauhdry inquired about her regarded the whitening procedure. He asked, “Would you please clarify that you and Ali Ansari had whitening injections, which were misinterpreted?”

This was the first time when any one of them spoke about the heavy trolling on social media. She stated, “We work a lot, we get tan and dehydrated, and that’s why we had it. Had I been white, I would have been in every other drama and I would have turned completely white but it’s not like that.”

She also exposed the reality of showbiz that requires actors and actresses to paint their faces with ivory foundations. Earlier, the dramas and film directors wanted them to paper fair-skinned as it is the idealized beauty standard of our society. Anyone with tan skin used to be rejected or trolled in showbiz. However, things are changing now.

Saboor Aly said that she is now in a much more powerful position than before to refuse those standards. Apart from her open clarification on TV, she has always been comfortable with her own skin colour. Here is the link to her interview: