With just almost 30 days to go when the fifth Edition of Pakistan Super League (PSL) will kick off, the dwellers of Twin Cities – Rawalpindi/Islamabad – have eagerly been waiting for experiencing the excitement.

Having a capacity of 15,000, Rawalpindi Cricket Stadium is among only four venues which will host the HBL PSL 2020 matches. Rest of Stadiums are National Stadium Karachi, Gaddafi Stadium Lahore and Multan Cricket Stadium.

The Stadium will host eight T20s of PSL 5 – five night and two day matches – from February 27 to March 8. 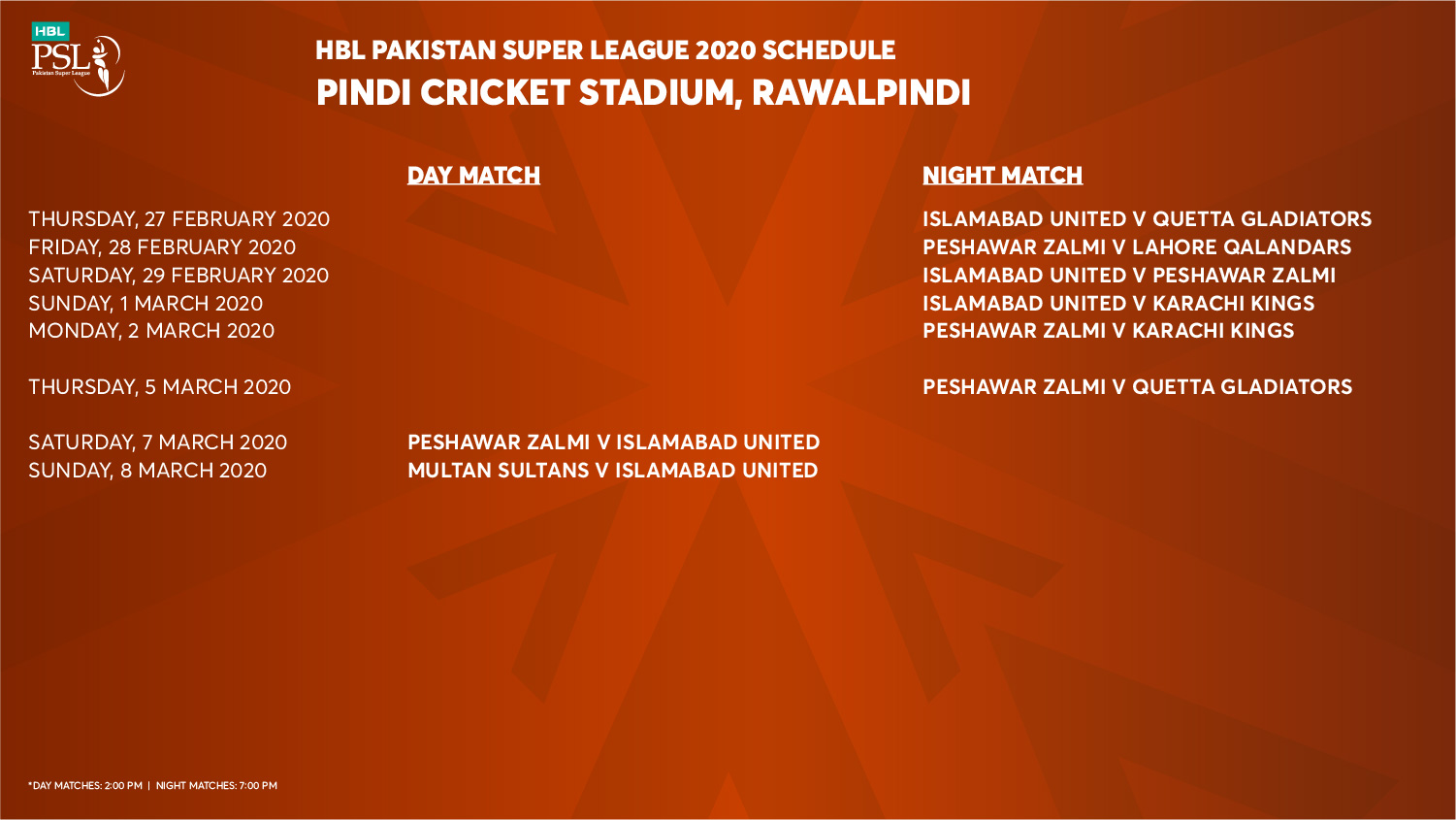 The immense passion for Cricket, the people of Rawalpindi and Islamabad have was well reflected when thousands of fans flocked to the jam-packed Pindi Cricket Stadium even on the fifth day of first Test match between Pakistan and Sri Lanka on December 15, 2019 knowing that the rain-interrupted match wouldn’t yield any result and it was destined to end in a draw.

Mati
Mati-Ullah is the Online Editor For DND. He is the real man to handle the team around the Country and get news from them and provide to you instantly.
Share
Facebook
Twitter
Pinterest
WhatsApp
Previous articlePakistan Railways manages to retrieve 293.56 acres land from encroachers
Next articlePM Imran Khan to formally announce concessions for Traders’ Community on January 20