Rauf Lala And Humairah Fight In Tamasha Ghar Under Criticism 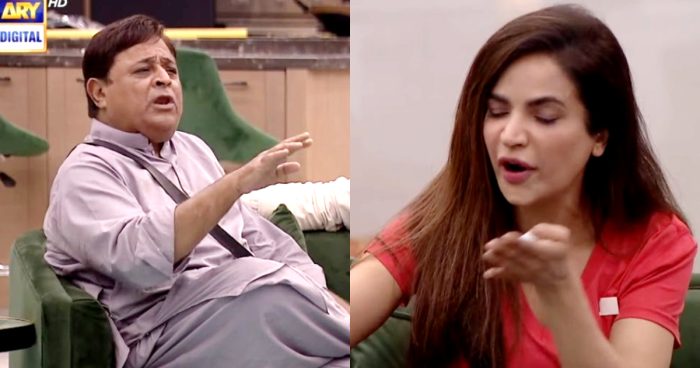 Tamasha is an ongoing reality show on ARY Digital. It is following the format of Big Boss from India. There is a group of contestants who are stuck in Tamasha Ghar, together. The goal is to make it to the finale. However, while living together in a home, there is a lot of melodrama and unnecessary fights going on. Recently Rauf Lala and Humairah fight has provoked the audience to extreme ends.

Rauf Lala and Humaira got indulged in a huge fight in the last episode. The audience believes that there is some bias towards Rauf Lala. Rauf is the most unpopular contestant among all but he remains saved in the game. To top it off, he has also become the minister of the house. That position has changed him into being more sarcastic, harsh and perky with other contestants.

His fight with Humairah has triggered the viewers to a serious point. He said to her, ” Aurat Kehlane Kay Qabil Nahi Ho Tum”, “Tum Jaisi Auraten”, and “Main Game Main Jeetu Ya Na Jeetu Par Tumhy Ganda Kar Du Ga Larki”. All these comments from his side have downgraded his position in the view of the audience. They have heightened their sentiments, especially the feminist. Here’s the scene:

Not just feminists, the remarks from his side were too rude to be spoken to any female. He was too disrespectful yet he is saved in Tamasha ARY Digital. Once, Umer misbehaved with a female and he was severely rebuked by Adnan Siddique. However, the case is different this time. He tried to protect Rauf Lala to keep him in the game. Being a senior artist in the industry, he deserved respect but that is entirely shattered by the choice of words and comments against a female contestant. The viewers are demanding that he should be out of the house and there must be no protection for him against these sexist comments.

This Rauf Lala and Humairah Fight are not the first ones. Every contestant seems to raise a bigger fight over something petty and useless. It is okay to call these fights ‘illogical’ because that’s what they are. While messing around with each other, Tamasha ARY Digital contestants loosen their grip over sentiments. It makes them go astray and into the valleys where they can forget their limits. At that point, they reveal who they actually are.