It’s been two days now since the Pakistan Super League (PSL) has begun with full fervor and bloom for the fifth time. However its latest edition remains even more special, courtesy alleviated security concerns which ensured the PSL 2020 occurring in Pakistan with its entirety (PSL Live).

Though jam-packed stadiums have yet to be seen, the spectators in good numbers have thronged to National Stadium Karachi and Gaddafi Stadium Lahore to enjoy the initial three PSL 2020 matches having been played so far.

The management has once again ensured that the viewership of PSL 2020 must not be confined to a specific region; rather, it must reach to the viewers all around the globe. Therefore, all matches of PSL 2020 are being brought Live via web streaming at www.cricketgateway.com for the international viewers.

Besides numerous Television Channels have also earned the rights to broadcast the PSL 2020 Live i.e. Hum Masala in UK, Willow TV in USA, Flow Sports in Caribbean, Willow TV in Canada, BeIN in Australia, Sky in New Zealand, Astro in Malaysia, Etisalat/du in UAE and the Gulf States, and Vodafone in Qatar.

Likewise in Pakistan, India and Sri Lanka, viewers may switch on to Ten Sports while the Pakistani viewers have PTV Sports and YouTube Channel BSports Pakistan as alternatives as well to enjoy the PSL 2020. 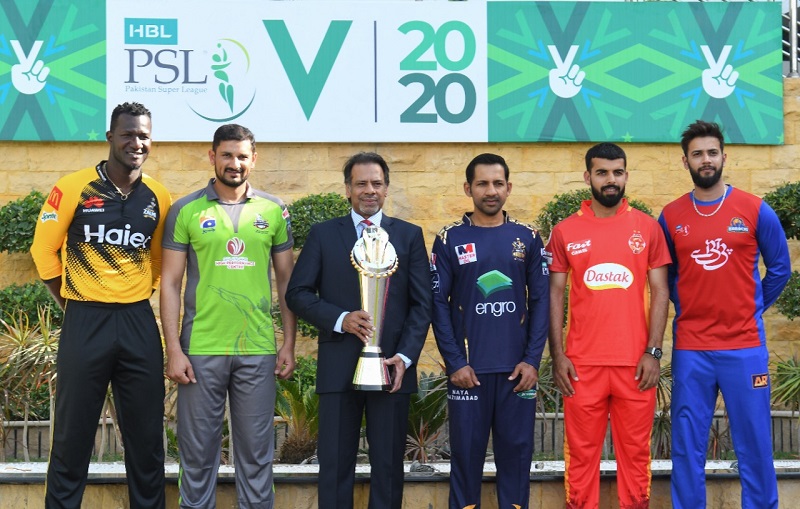 The Defending Champions Quetta Gladiators kicked off its PSL 2020 campaign with a success against Islamabad United while Karachi Kings also overcome the former Champions Peshawar Zalmi. However, Lahore Qalandars fans were once again left dejected after a low-scoring target caused their side another failure at the hands of Multan Sultans.

Mati
Mati-Ullah is the Online Editor For DND. He is the real man to handle the team around the Country and get news from them and provide to you instantly.
Share
Facebook
Twitter
Pinterest
WhatsApp
Previous articleArmy Chief pays tributes to martyrs as Operation Radd-ul-Fasaad completes its three years
Next articleInternational Heliski Pakistan 2020 Concludes in Shogran