COLOMBO, Sri Lanka: The Sri Lankan Bohra Community’s Alliance for Muslim Rights staged a protest against Indian atrocities in Occupied Kashmir in front of the UN Office in Colombo on December 10, observed as the International Human Rights Day.

The protesters were holding placards inscribing slogans against Indian and Israeli brutality and violation of human rights in Kashmir and Palestine. 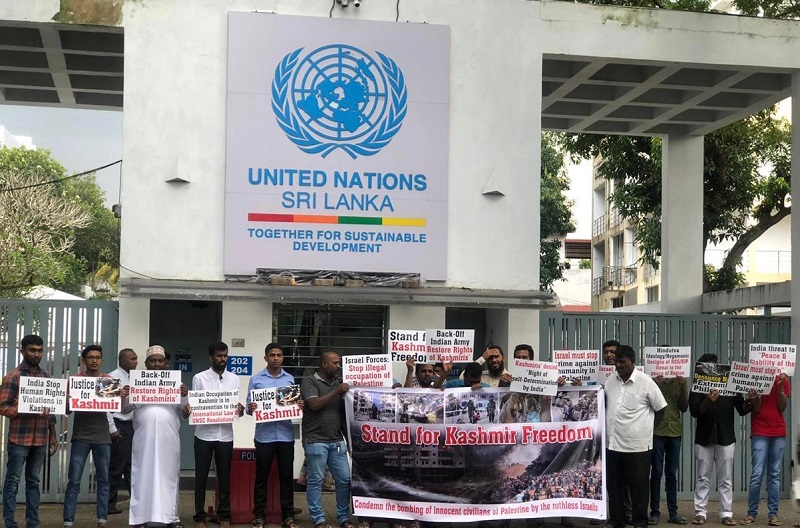 Meanwhile, the President of Alliance for Muslim Rights M Miflal also handed over a letter of “Condemnation of inhuman and brutal treatment of Kashmiri people and the continuous aggression by Israel on Palestine people” to the UN Resident Coordinator in Sri Lanka.

The letter stated “The government of India under the Premiership of Narendra Modi by its recent act of brutal terror committed against the people of Kashmir is indeed callous by any world standards. It is a great shame that a Country which had a very cherished history, and produced the greatest Ahimsa personality ever in Mahatma Gandhi, has to resort to these types of barbaric and dehumanized treatment of innocent Kashmiris. India has a big role to play in the region and acts of this nature is shameful.

The people of Palestine have long been suffering untold hardships and brutal massacre under forced Israeli occupation. This has to be condemned by all world standards.” 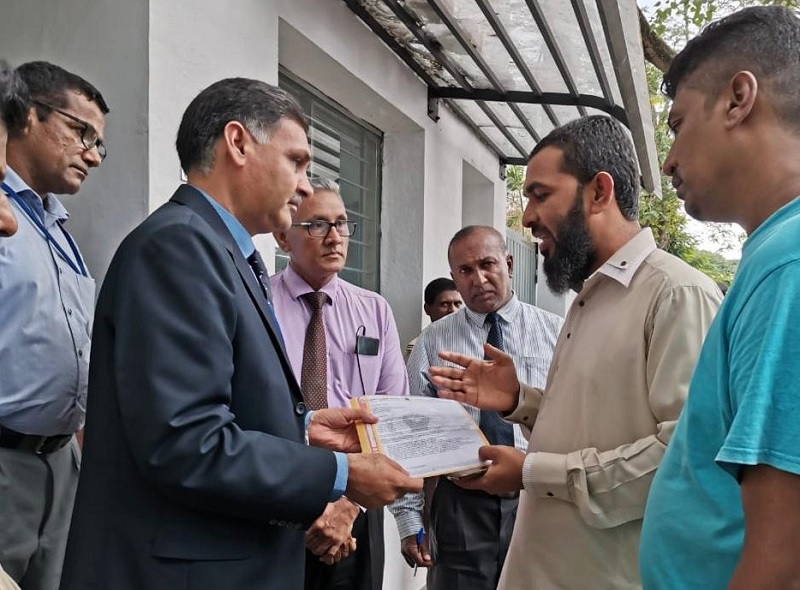 In the letter, the Alliance for Muslim Rights whilst unequivocally condemning this heinous crime in no uncertain terms urged the United Nations Organization to take strong action against the put pressure on the parties concerned to; restore the human rights issues of the people of Kashmir; stop the rape of and villainy to Kashmir women; halt the torture and imprisonment of Kashmiri youth; put an end to the forceful occupation of Indian armed forces in Kashmir; restore the freedom and independence of the State of Kashmir and its people; bring about lasting solution to the struggle of the people of Palestine; to cease the harassment and torture of people of Palestine by Israeli forces;  the condemn the bombing of innocent civilians of Palestine by the ruthless Israelis; to give back the lands forcefully occupied the illegal Israeli forces; and support rebuilt their houses and economy of people of Palestine.

Mati
Mati-Ullah is the Online Editor For DND. He is the real man to handle the team around the Country and get news from them and provide to you instantly.
Share
Facebook
Twitter
Pinterest
WhatsApp
Previous articleInternational Human Rights Day Event Held at Pakistan’s High Commission in Ottawa
Next articleTop 10 best Pharmaceutical Companies in Pakistan 2020