In a time when media persons in Pakistan are shy in questioning or blaming former President Gen Musharraf for his role in the War on Terror, the Prime Minister of Pakistan Imran Khan while speaking in the National Assembly on June 30, 2021, strongly criticized Gen Musharraf and his regime and remembered that Musharraf handed over Pakistani people to the United States for sending them to Guantanamo Bay Detention Camp. PM Imran Khan maintained that former President Gen Musharraf in his own book (In the Line of Fire: A Memoir) accepted that money was taken for sending people to Detention Camp.

In his strong-worded speech, Prime Minister Khan questioned how could we consider the United States a friend who had been bombing our lands? PM Imran Khan was referring to drone attacks in Pakistan’s former tribal areas by US-allied forces during the regimes of Gen Musharraf, President Asif Ali Zardari, and during the last government of PML-N.

Without naming MQM founder who lives in London, PM questioned that an enemy of Pakistan is (was) living in London for the last 30 years so could Pakistan bomb the United Kingdom to kill him?

He stated that a few hundred followers of Alqaeeda came to Pakistan after US forces bombed Tora Bora mountain and Pakistan sent its Army to find Alqaeeda in tribal areas and this situation displaced thousands of tribesmen and killed their families, that according to PM Khan; sowed further problems for Pakistan and its Army.

While referring to the book of General Tommy Franks —American Soldier, PM Khan said that Musharraf was vulnerable and they kept on pushing him. “Musharraf also admitted in his book that he sent our people to Guantanamo and took money for this,” maintained PM Imran Khan.

Calling the Musharraf era “the blackest chapter in Pakistan’s history”, PM Khan stated that the then government spoke lies to the people that they have not permitted drone attacks. While citing US Congress sessions, PM Khan remembered that Admiral Mullen said in US Congress that it was the Pakistan government that had given permission for drone attacks. “We humiliated ourselves in the community of the world,” he regretted.

Referring to Musharaf’s doctrine of “enlightened Moderation”, Pm Khan stated that the self-esteem of the nation was further damaged with the notion of enlightened moderation and people started wearing two-piece suits and speaking English. “I want to repeat no country will respect a nation who does not have self-esteem,” he maintained.

It may be remembered that in response to the attacks of 11 September, US-allied forces attacked Afghanistan on October 7, 2001, and Operation Enduring Freedom – Afghanistan (OEF-A) was started. The initial military objectives of OEF-A, as articulated by former President George W. Bush in his September 20 address to a Joint Session of Congress and his October 7 address to the country, included the destruction of terrorist training camps and infrastructure within Afghanistan, the capture of al-Qaeda leaders, and the cessation of terrorist activities in Afghanistan. This Operation is still continued without any end of its insight.

Prime Minister Imran Khan during his speech stated that US-allied forces are not winning the Afghanistan war and Pakistan is blamed for their defeat instead of appreciating Pakistan whatever he did in past. “We must not compromise on our sovereignty. If we had been an honored government during that era, we could not stand with the US,” believed PM Khan.

There is no doubt that Prime Minister Imran Khan had been against Pakistan’s involvement in the Afghan War even when he was in opposition. Khan has a categorical stance over the Afghan War issue and he expressed in his speech to National Assembly on June 30, 2021, whatever he believes.

The 20-year long Afghan War cost over US$ 2.26 trillion to the US economy and killed over 241,000 people including 70,000 Pakistanis. Former President Bush is living in the United States, former President Gen Musharraf living in Dubai and former UK Prime Minister Tony Blair is in the United Kingdom but thousands of Afghanis and Pakistan even do not know where are graves of their family members who were the fodder of Collateral Damage of Afghan War. Drone attacked killed thousands of Pakistanis in our former tribal areas when attending marriage ceremonies, studying in school, and while burying their relatives in graveyards.

Is the killing of innocent civilians under the pretext of “Collateral Damage”, not a War Crime?

One should appreciate Prime Minister Imran Khan for documenting the history of the War on Terror because there is a possibility that facts cited by PM Khan would be deleted from History because History is written by powerful and according to their wishes. 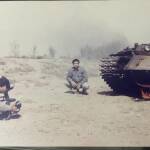