ISLAMABAD, Pakistan: In yet another attempt to remove Prime Minister Imran Khan’s regime, the 11-party Opposition Parties Alliance under the Umbrella of the Pakistan Democratic Movement (PDM) is all geared up for staging its much-hyped power show outside the Election Commission of Pakistan (ECP) in Islamabad on Tuesday.

The latest adventure by the PDM is aimed at pressurizing the ECP to expedite the process of the probe against the ruling Pakistan Tehreek-e-Insaf (PTI) in the Prohibited Funding Case. 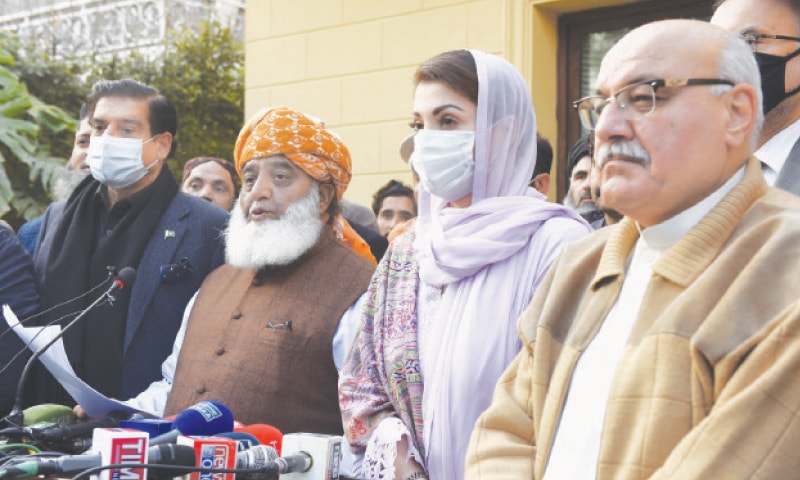 It’s worth noting that PML-N and PPP are also facing the same accusations as leveled against PTI, and the ECP via a Scrutiny Committee has numerous times asked both the Opposition Parties to submit details of their source of funding; however, they have yet to comply by the directives.

Talking to the media on Tuesday, the PML-N Spokesperson Marriyum Aurangzeb asked the ECP to complete the scrutiny process against PTI, and said that Imran Khan has been caught red-handed in the Foreign Funding Case and now he has to be accountable for indulging in conspiracies.

Look at the size of rallies approaching from all four sides. Masha’Allah 🙌🏽 pic.twitter.com/Et4TAgwbkS

Marriyum Aurangzeb said that rallies will congregate at Kashmir Chowk to march towards the ECP. She said that the Election Commission must initiate the process of penning down the verdict in the Foreign Funding Case against PTI.

Meanwhile, the Federal Minister for Information and Broadcasting Shibli Faraz in a Twitter message said that the government has not created any hurdle in the way of protest by the PDM in Islamabad.

The minister said that the smooth flow of traffic on the roads of Islamabad is proof of Imran Khan’s pro-democratic personality.

Earlier on Monday, the Interior Minister Sheikh Rashid Ahmed told newsmen in Islamabad that the PDM is allowed to exercise its right of staging rallies and jalsas; however, he warned that if the law is violated and the unrest is triggered, the law will take its course.

Sheikh Rashid also said that the participation of students of religious seminaries and members of banned outfits in the PMD protest is strictly prohibited.

Mati
Mati-Ullah is the Online Editor For DND. He is the real man to handle the team around the Country and get news from them and provide to you instantly.
Share
Facebook
Twitter
Pinterest
WhatsApp
Previous articleIslamabad – Rawalpindi Traffic on January 19 during PDM protest outside ECP
Next articlePolitical Vendettas and Fate of CPEC