Islamabad, Pakistan: PDM is staging a protest outside the ECP on January 19 (Tomorrow) on Constitutional Avenue in Islamabad that would disrupt traffic of twin cities.

The Red Zone commuters will be diverted on the Margalla Road by the traffic police.

PDM rallies will be diverted towards Club Road. They can park their vehicles in a designated parking lot at the Jinnah Convention Center.

PDM rallies on G.T Road will be diverted towards Islamabad via Rawat and Expressway.

Commuters moving towards Marriott Hotel can commute via Ayub Chowk.

Islamabad Traffic Police (ITP) will issue a traffic advisory with alternative routes during the rally on their Twitter account and FM  92.4 radio.

PPP’s Rawalpindi chapter President Babar Jadoon along with party workers will march around 1100 hrs from Pindora Octori on I.J.P Road towards Kashmir Chowk

All PDM leaders will gather at Kashmir Chowk and will lead to ECP on a special container via Serena Chowk & Constitutional Avenue.

All PDM leaders directed their workers and supporters to attend the event, and all party leaders from Rawalpindi and adjoining areas had been asked to bring maximum people for the protest in the Capital. 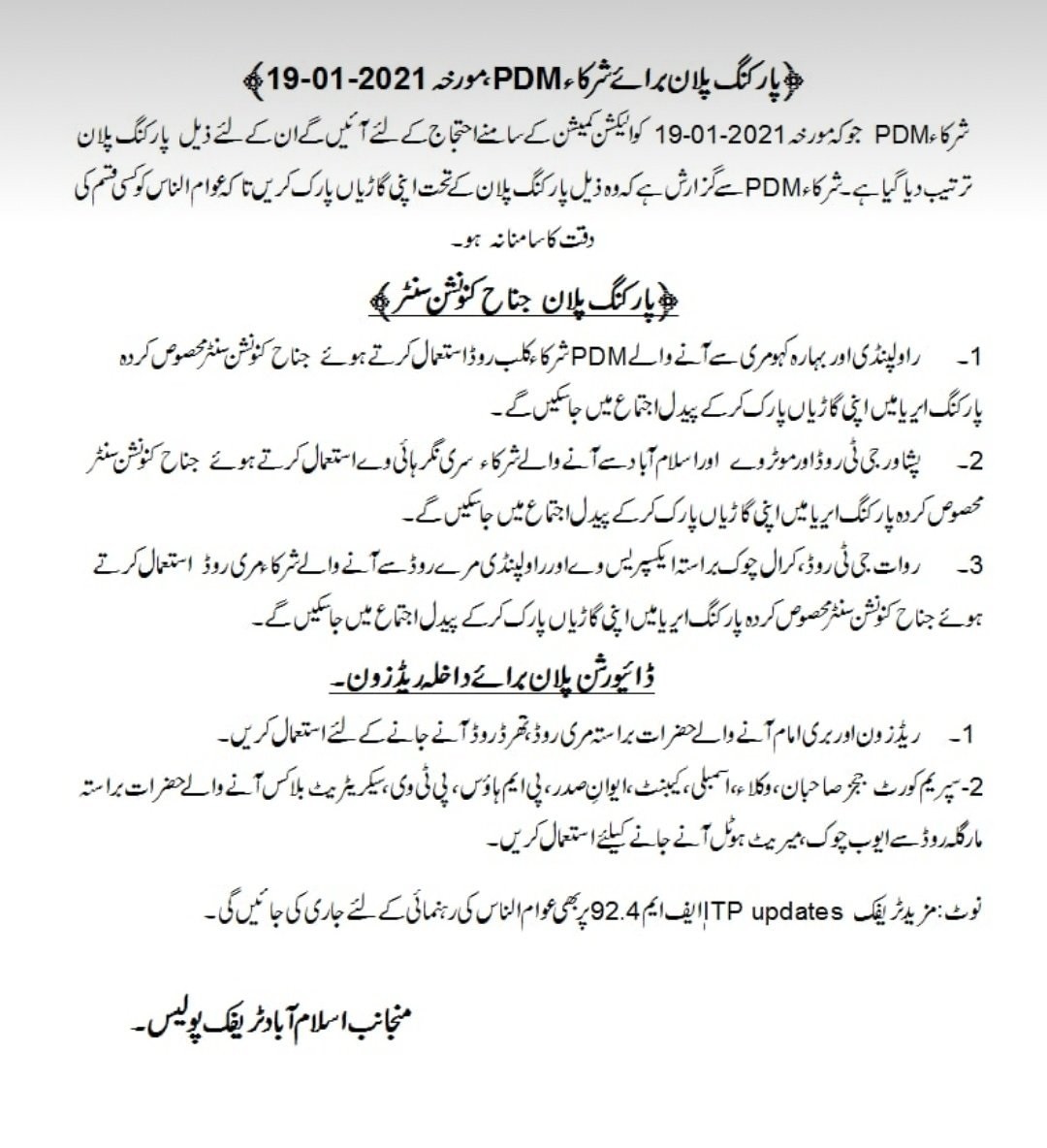