Pakistani Short Film Yorker – Something That You Shouldn’t Miss! [Video]

The trend of short films is gaining hype in Pakistan with the passage of time. It was mandatory to bring together a new lot of content creators with experienced actors and directors. People like to watch short films abroad as they love the short time span encompassing the essence of a script with the finest film production. Now it’s time for Pakistan to work on short films and bring out the best of creativity while making cinemas move a step ahead with quality content. Digestive Showtime has taken the lead in giving a platform to talented people for their first short film. So, the Pakistani short film Yorker is ruling over the hearts of viewers as soon as went live on YouTube. Here we have got further details and the video! 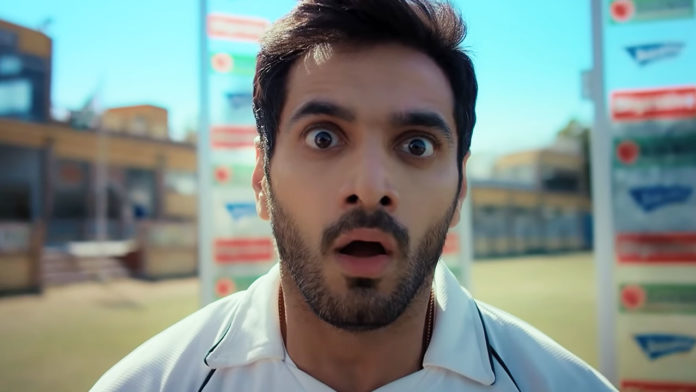 Yorker is the first short film released by Digestive Showtime. It is opening new ways of production on the commercial level and the content is worth watching. With the release of this first short film, the viewers are already having high expectations from the upcoming four short films.

What is Yorker all about?

The short film Yorker has a strong message and all that covered in an entertaining way build a strong connection with the viewers.


The story revolves around an upcoming fast bowler, Ammar Saleem, played by Wahaj Ali. He builds the courage to face his one fear and that is speaking in English.

Yorker is a film that highlights how important communicating in English is considered in Pakistan. Moreover, it is about how people are judged on the basis of their level of English fluency. The cast of this film features talented actors Mohammad Ehteshamuddin, Faizan Sheikh, Hammad Siddiq, Mani, Jawad Bashir, Dua Hamid, along with George Fullton, Danish Anis Sheikh, and Sikandar Sheikh.

Ahsan Rahim and Syed Nini have directed this masterpiece that remarkably serves the purpose of entertaining and informing. So, the viewers are commending it a lot and demand that such short films must be produced.

So, what is your opinion about the film? Do share your valuable feedback with us!

Wardah Farooqi
Wardah Farooqi has been working as a writer for 6 years. She also worked at Dunya News, Live Pakistan Magazine, and numerous local as well as international platforms. When she isn't writing, you can find her assisting people in bringing out the best!
Share
Facebook
Twitter
Pinterest
WhatsApp
Previous article
14th ECO Summit to be held virtually on March 4
Next article
FM Qureshi discusses range of issues with Norwegian Counterpart on phone
Share
Facebook
Twitter
Pinterest
WhatsApp