KYIV, Ukraine: The Pakistan Embassy in Kyiv commemorated December 10, the Day when the Universal Declaration of Human Rights, was adopted to express solidarity with our Kashmiri brethren and highlight the atrocities being committed by India against the innocent Kashmiris in the Indian Occupied Kashmir (IOK).

While addressing the audience, Pakistan’s Ambassador in Ukraine Zahid Mubashir Sheikh highlighted the ongoing grave human rights violations and the reign of tyranny being imposed on the innocent Kashmiris by the Indian Occupation Forces. 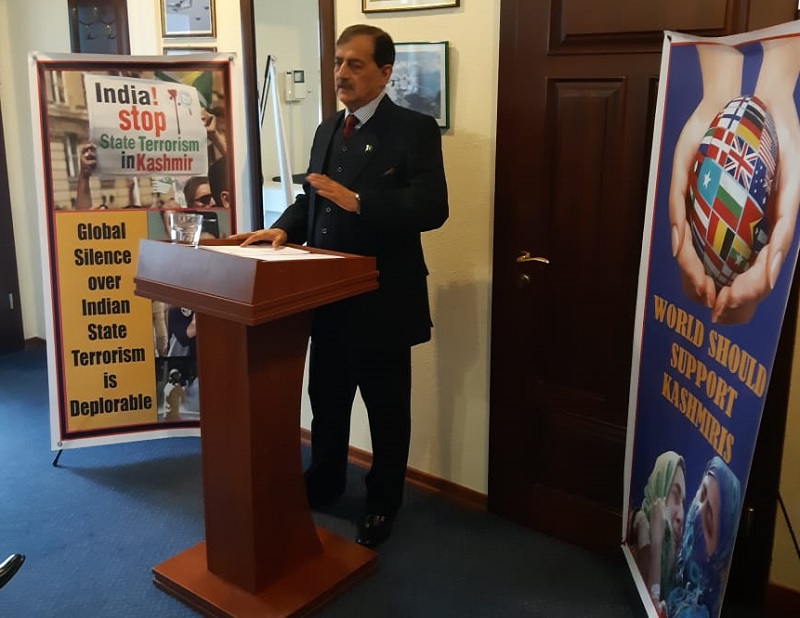 The ambassador said that the brutal use of force by India has miserably failed to suppress the freedom struggle of the valiant Kashmiri people. He informed that since August 05, 2019, India has increased the level of security forces to an all-time high and brought the valley to a state of complete lockdown with no access to media. The IOK, home to about eight million people, has been completely cut off from the outside world with no internet access and complete media blackout. The valley is continuously in a state of complete lockdown for more than four months. The people’s rights to peaceful assembly, free movement, and observance of religious obligations are being trampled upon. The Muslim population is being prevented from offering prayers in large congregations. Srinagar’s historic Jamia Masjid remains locked.

Ambassador Zahid Mubashir Sheikh further said that Pakistan rejects this illegal, unilateral and coercive attempt to change the disputed status of the IOK as enshrined in the UN Security Council (UNSC) resolutions. Pakistan wants a peaceful resolution of the Kashmir dispute according to the UNSC resolutions but recent illegal Indian actions have brought the two nuclear powers to the brink of a war and put the regional peace at risk. Pakistan wants the UNSC and international community to play their part in maintaining peace in the region and warn India to refrain from undertaking any irresponsible, unilateral actions that may lead to a dangerous escalation that will have far reaching impact not only for South Asia but the entire world. The international community must press India for immediate actions such as complete lifting of the curfew, removal of restrictions on movement, peaceful assembly, provision of food and medical supplies, and release of political prisoners. 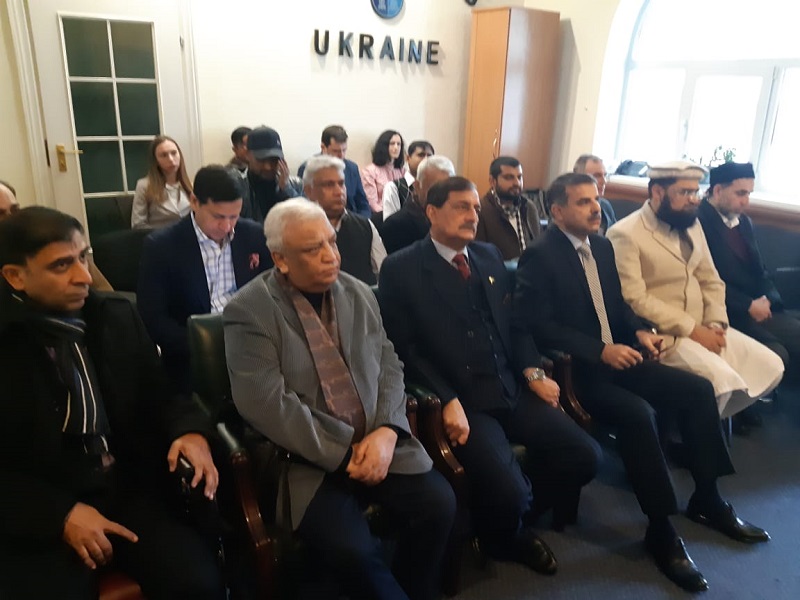 The ambassador said that Pakistan will stick to its principled stance over Kashmir and will continue to provide political, moral and diplomatic support to its Kashmiri brethren in their struggle for self-determination.

The ambassador also stressed upon all Pakistani community members to play their due part in highlighting, condemning and raising voice against the grave human right violations being perpetrated by the Indian Occupation Forces in IOJ&K. He added that the international community must also honour its commitments by ensuring and providing equal human rights to all.

Banners, posters and panaflexes showing the atrocities committed by the Indian security forces against Kashmiris were displayed. The event was well attended by Pakistani community members.

Mati
Mati-Ullah is the Online Editor For DND. He is the real man to handle the team around the Country and get news from them and provide to you instantly.
Share
Facebook
Twitter
Pinterest
WhatsApp
Previous articleTajikistan to grant amnesty to foreign nationals & stateless persons
Next articleNestlé Pakistan and CEJ organize workshop for Journalists