The Ambassador of Pakistan to Azerbaijan Saeed Khan Mohmand welcomed the guests and informed about the brief history of this significant day, which has been celebrated annually on February 5 since 1991.

The ambassador also read out the messages of President of Pakistan Dr Arif Alvi and Prime Minister Imran Khan on this special day. 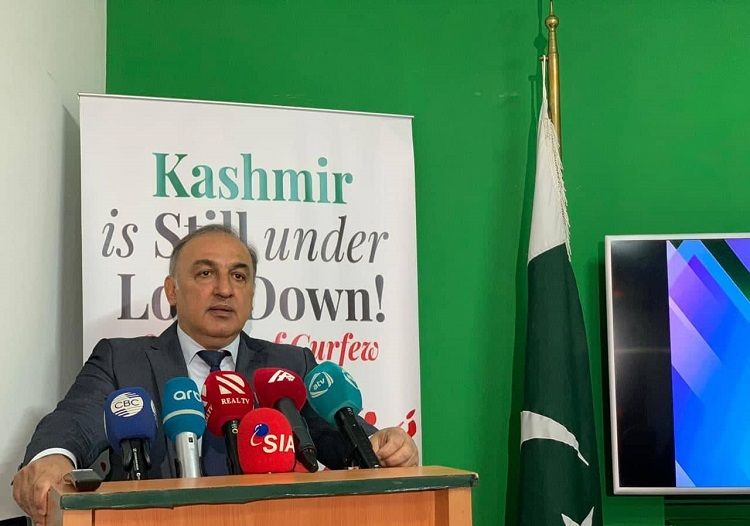 “It has been a battle of hope against overwhelming odds, of courage against fear, and of sacrifice against tyranny; but through all of it, the Kashmiri people have persisted, unrelenting and proud like they have always been, to deny India the perverse gratification of subjugating them,” he said.

“The world, however, has rejected India’s treacherous behavior and its sham democracy now stands exposed in front of the international community. Pakistan will continue to raise the issue of Jammu & Kashmir at every available forum,” President Arif Alvi said.

The president also expressed Pakistan’s support to Jammu and Kashmir in every possible way. 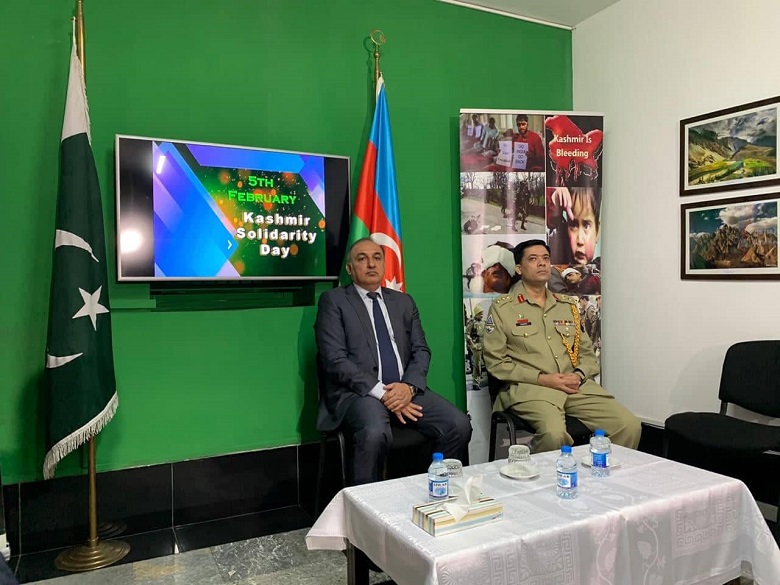 Whereas in his message read out by Ambassador Saeed Khan Mohmand, Prime Minister Imran Khan said “Today, we observe the Kashmir Solidarity Day to reaffirm our unflinching support for our Kashmiri brothers and sisters who have been subjected to an inhuman lockdown and communications blockade for six months now.”

The prime minister expressed Pakistan’s demand for the immediate lifting of the military siege and communications blackout as well as rescinding of India’s illegal and unilateral actions.

“All those illegally arrested and incarcerated should be released and the draconian laws enabling impunity to Indian occupation forces be immediately repealed,” he said.

In his own remarks, the ambassador touched upon the danger of conflict and escalation between two nuclear power. He expressed that their leadership approaches human rights organizations. He also called Indian decision on August 5 as illegal.

While answering journalists’ questions, the ambassador emphasized the relations of Azerbaijan and Pakistan. He reminded the previous meeting of the President of Azerbaijan Ilham Aliyev with Prime Minister of Pakistan Imran Khan on the sidelines of World Economic Forum this year.

Mati
Mati-Ullah is the Online Editor For DND. He is the real man to handle the team around the Country and get news from them and provide to you instantly.
Share
Facebook
Twitter
Pinterest
WhatsApp
Previous articleKashmir Solidarity Day: Lyrics and video of Song Ay Wadi e Kashmir written by Nasir Bashir and produced by Radio Pakistan Lahore
Next articleUS-Pakistan Knowledge Corridor: HEC, US varsities discuss admission, placement of Pakistani scholars