Pakistan and UK hold 5th round of Consultations on Arms Control, Non-Proliferation and Disarmament 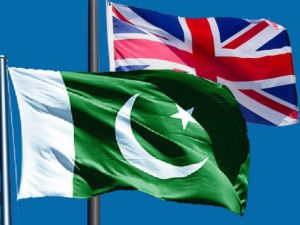 ISLAMABAD, Pakistan: The Fifth Round of Pakistan-United Kingdom Bilateral Consultations on Arms Control, Non-Proliferation and Disarmament was held virtually on October 13, 2020.

The Director General of Arms Control & Disarmament at the Ministry of Foreign Affairs in Islamabad Mohammad Kamran Akhtar and the Director for Defence and International Security at the Foreign & Commonwealth and Development Office in the United Kingdom Ms. Samantha Job led their respective sides.

Both sides discussed issues on Arms Control, Non-Proliferation and Disarmament in a cordial and constructive environment.

The issues related to global and regional security and stability also came under discussion.

Both sides appreciated the continuation of the Arms Control, Non-Proliferation and Disarmament Consultations between Pakistan and the United Kingdom.

The two sides agreed to hold the Sixth Round of Consultations next year on a mutually agreed date.