ISLAMABAD, Pakistan: The Foreign Minister Shah Mahmood Qureshi has said that Pakistan is desirous to further promote trade partnership with the United Kingdom.

Talking to the British High Commissioner Dr Christian Turner at the Ministry of Foreign Affairs in Islamabad on Tuesday, the minister said that Pakistan and Britain enjoy deep and longstanding bilateral relations. 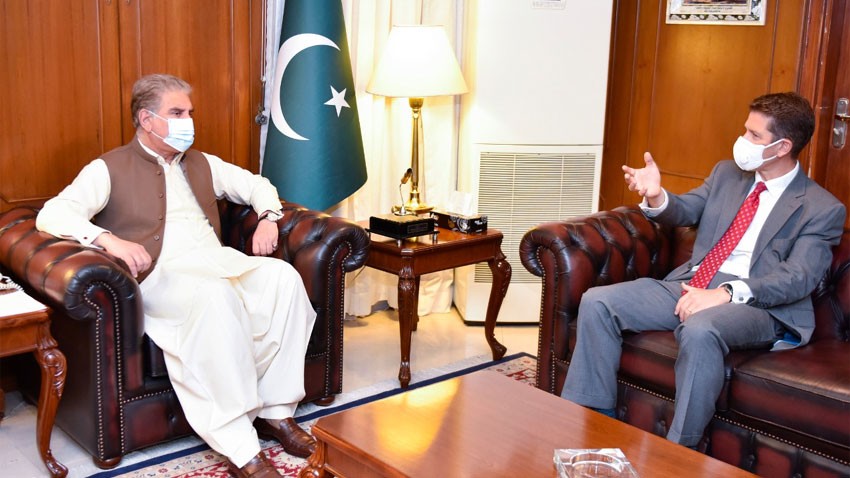 Alluding to the Indian atrocities in illegally occupied Jammu and Kashmir, the foreign minister urged the International Community to play its role for the resolution of the Kashmir dispute as per the UN Security Council resolutions.

The two sides also held a discussion for the promotion of cooperation in the areas of climate change, education, and tourism.

Meanwhile, the British Airways has begun its flights to Lahore.

The airline’s first flight BA-259 landed in Lahore from Heathrow in the wee hours of Tuesday.

Mati
Mati-Ullah is the Online Editor For DND. He is the real man to handle the team around the Country and get news from them and provide to you instantly.
Share
Facebook
Twitter
Pinterest
WhatsApp
Previous article
TikTok Stars from ‘Hero to Zero’ – How They are Taking the Ban on App?
Next article
Pakistan stands for peace but Indian policies have made talks impossible: Moeed Yusuf
Share
Facebook
Twitter
Pinterest
WhatsApp