The first Test of the two-match series between Pakistan and Bangladesh is underway at Rawalpindi Cricket Stadium.

As of now, Bangladesh had scored 37 runs for the loss of 2 wickets in 16 overs. Both the openers Tamim Iqbal and Saif Hassan fell prey to Mohammad Abbas and Shah Shah Afridi. Saif Hassan even couldn’t open his account and go out on 0. 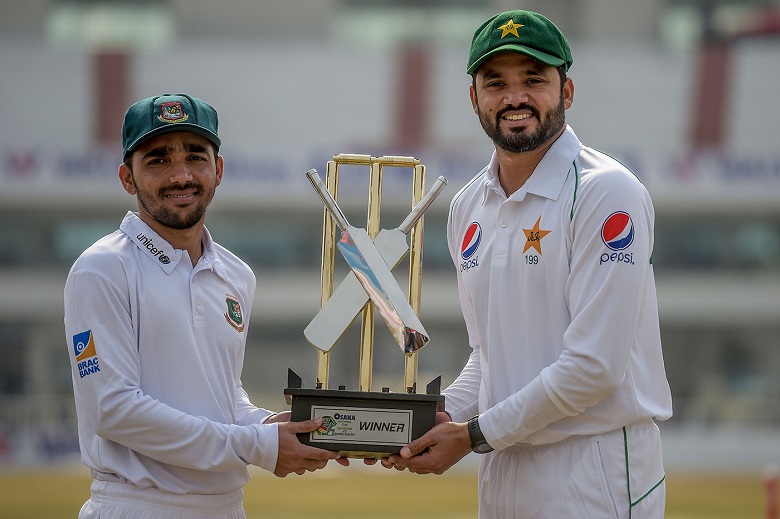 Meanwhile, tight security arrangements have been placed in and around the stadium for the match while a traffic diversion plan has also been devised for motorists.

Those will to watch the first Test at the stadium have been asked to park their vehicles at Shakarparian Parade Ground Islamabad. From therein, the spectators will be transported to the stadium through a shuttle service. 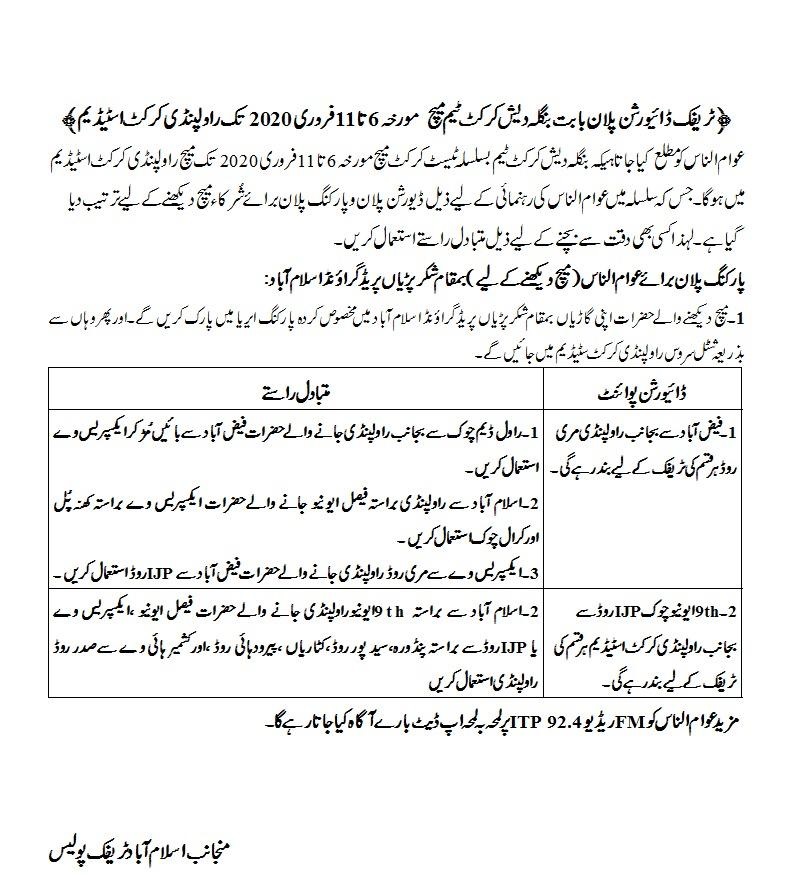 The second Test between the two teams will take place at National Stadium in Karachi from April 5 to 9, 2020. In between the two Test matches, the sole One Day International (ODI) will also be played at the same venue on April 3.

Prior to it, Pakistan won the three-match T20 series against Bangladesh 2-0. The third T20 Internationals was washed out due to rain at Gaddafi Stadium Lahore.

Following the previous story filed before the start of Pakistan vs Bangladesh T20 series on January 24, 2020.

Right now, Pakistan has 270 ranking points followed by Australia with 269 ranking points; therefore, to maintain its number one position in ICC Men’s T20I Team Rankings, Pakistan must win the series against Bangladesh with 3-0.

Though Pakistan is still ranked number one in T20Is but its last year’s performance wasn’t at par. In 2019, Pakistan played 10 T20Is but managed to succeed in only one game while suffered defeats in eight matches. One match against Australia at Sydney on November 3 ended without producing any results due to rain interruption.

Now Pakistan will kick off its 2020 campaign in T20Is under a new captain Babar Azam.

On the other hand, except Captain Mahmudullah and Tamim Iqbal, none of the Bangladeshi players in the announced T20 squad has ever played in Pakistan before.

Also embroiled in security concerns which perplexed Bangladesh so much as it remained reluctant to play a Test series in Pakistan, the visitors haven’t ever been dominant over Pakistan in T20Is.

Both sides battled in 10 T20Is from 2007 to 2016, and out of them, Pakistan won eight whereas Bangladesh bagged triumphs in two games.

Mati
Mati-Ullah is the Online Editor For DND. He is the real man to handle the team around the Country and get news from them and provide to you instantly.
Share
Facebook
Twitter
Pinterest
WhatsApp
Previous articleZameen Developments lays foundation stone Mall 35 in Rawalpindi
Next articleNames of Oil Exploration Companies working in Pakistan