LAHORE, Pakistan: The Lahore Police has hatched out a foolproof security plan to ensure the peaceful occurrence of three-match T20 Series between Pakistan and Bangladesh kicking off on Friday.

The online and offline booking of Pakistan vs Bangladesh T20 Series 2020 has already begun, and long queues can be seen outside the TCS Express Centres in Lahore for buying tickets.

Rai Babar Saeed said that army and rangers personnel will also be on standby as a backup force.

Lahore Police welcomes Bangladesh Team to our city! We are privileged to serve you as hosts for a few matches and determined to make you feel as safe and secure as you feel in any other country! #TogetherForChange #LahorePolice #BCB #PCB #ICC pic.twitter.com/wMP5EzCskA

Besides, dolphin squad, elite and paramilitary teams will be on constant patrolling whereas snippers will be deployed on high-rising buildings. Likewise, walk-through gates will be installed at the entry points of the Stadium and bomb disposal squads will remain on alert.

In addition to that, since all roads adjoining the Gaddafi Stadium will be blocked for the traffic during the movement of both teams, the City Traffic Police has also chalked out alternate route plans for the City’s motorists. 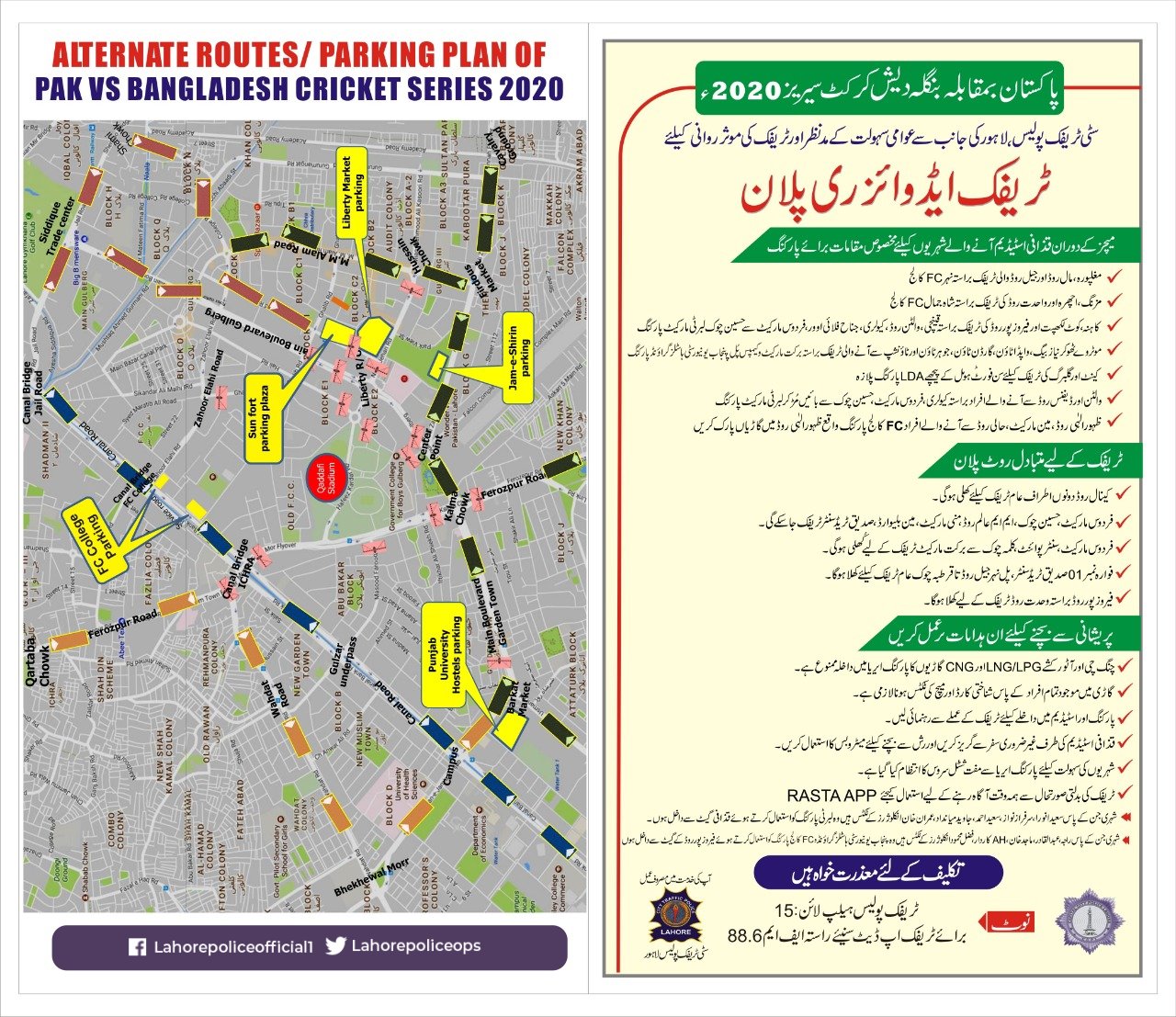 Mati
Mati-Ullah is the Online Editor For DND. He is the real man to handle the team around the Country and get news from them and provide to you instantly.
Share
Facebook
Twitter
Pinterest
WhatsApp
Previous articlePakistan rejects US’s claims about CPEC
Next articleInfinix launches another CarlCare Service Center in Lahore