Nadia Khan ties the knot while setting social media on the storm with her wedding clicks!

The evergreen Nadia Khan has set the internet on the storm with the pictures of her third marriage. As soon as her pictures with mehndi on her hands went viral on social media, fans gathered to shower blessings on her clicks. Here we have got pictures and further details.

The most famous Pakistani host and well-known actress Nadia Khan, has tied the knot again for the third time. She confirmed this big news on Saturday.

The 41-year-old TV actress and the host Nadia took to social media to share her wedding pictures. She is absolutely looking gorgeous. Here we have got the clicks! 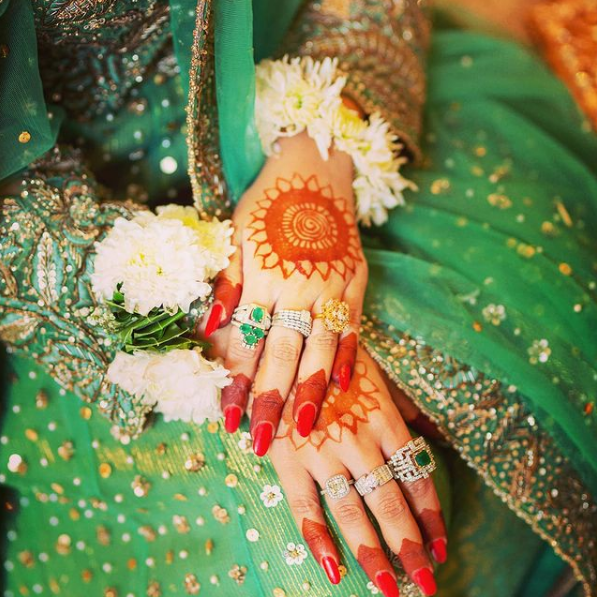 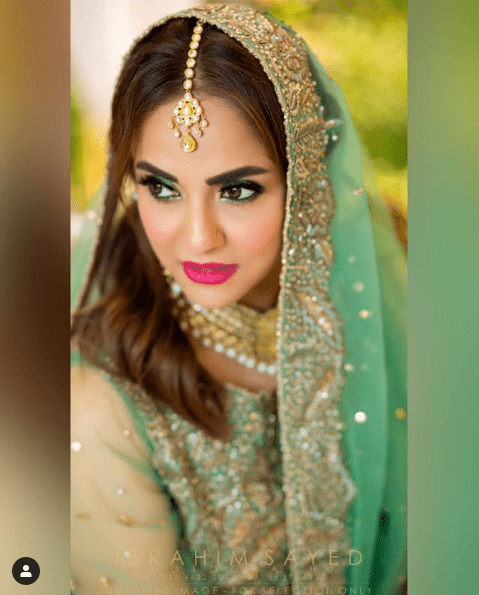 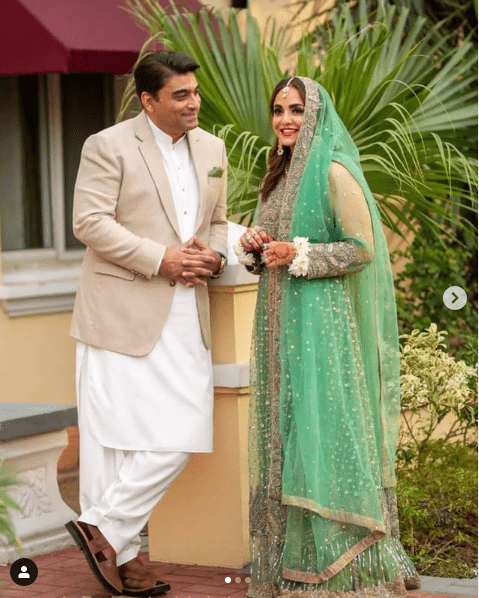 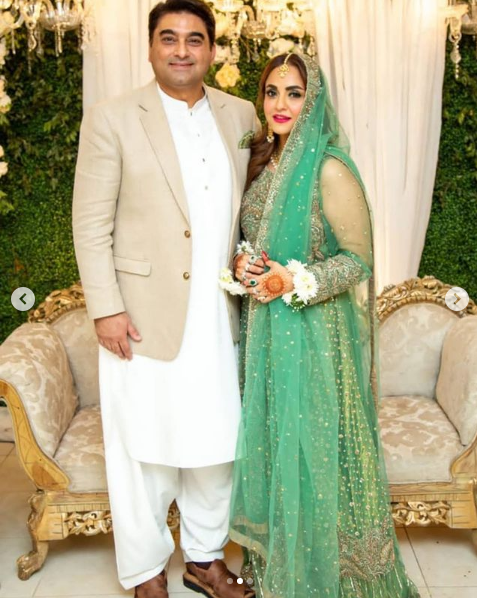 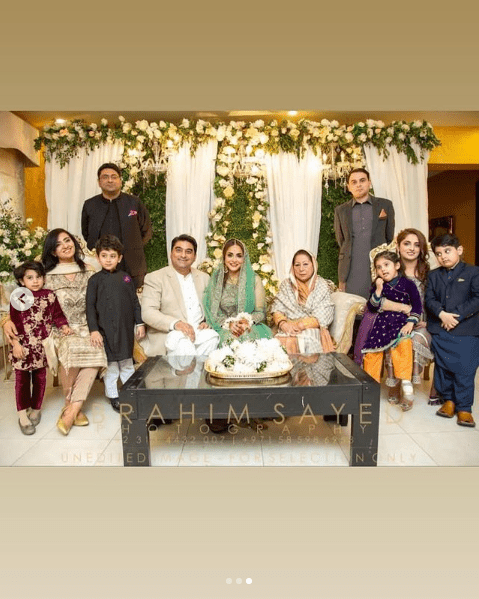 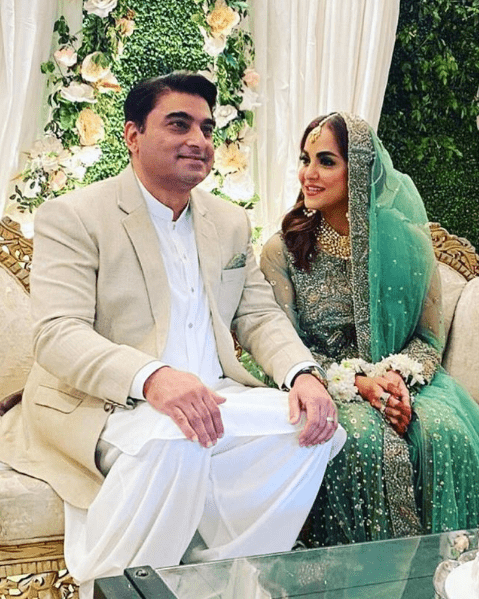 The couple is looking adorable in their wedding outfits and the smiles on their faces are adding up to the grace. Nadia Khan is wearing a different green entirely embellished outfit while her husband is dressed in simple yet elegant traditional wear.

As per the details, Nadia has been married twice before, and is a mother of three children.

As soon as the news of Nadia Khan’s third marriage spread like a fire over the internet, the fans gathered on her social media to comment on the big news. Some of the fans were there to as usual criticize the celebrity by objecting her for marrying the 3rd time. However, rest of Nadia’s fans showered their love and blessings for the newly-wed couple. Here is a glimps of the reaction on her pictures! 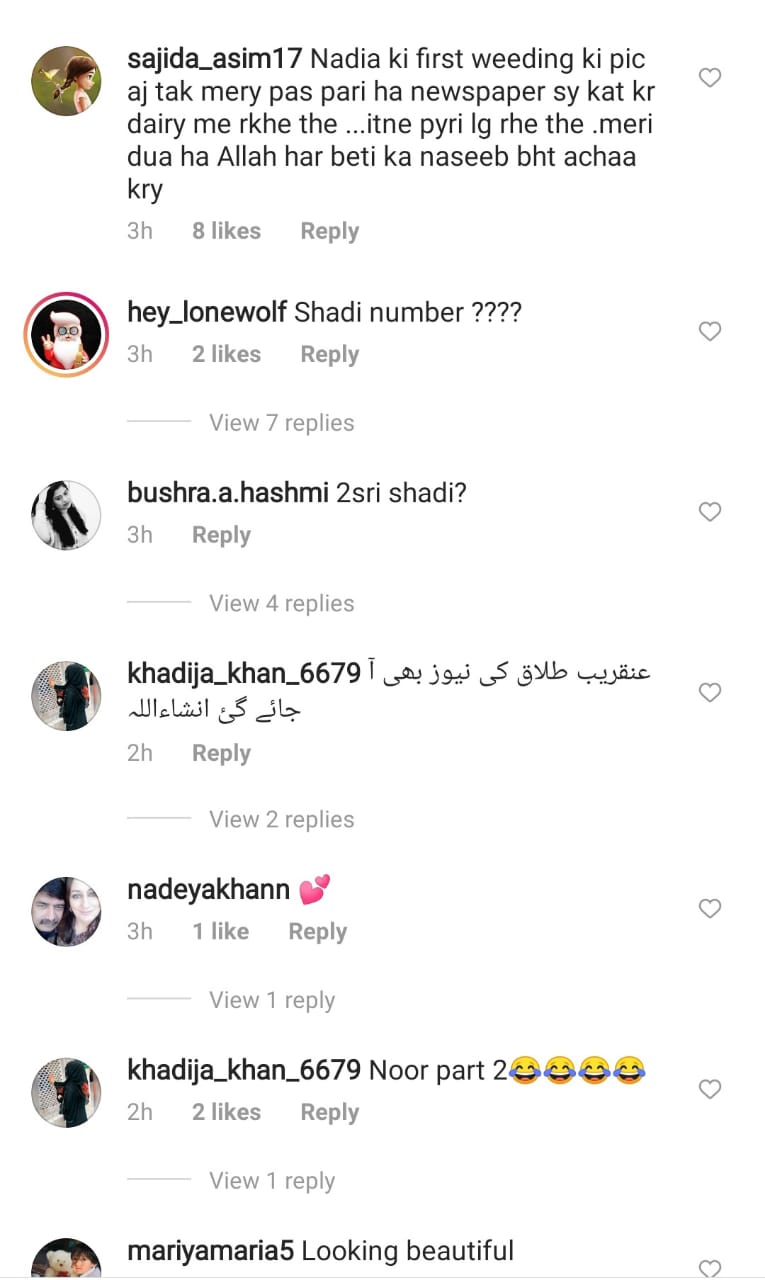 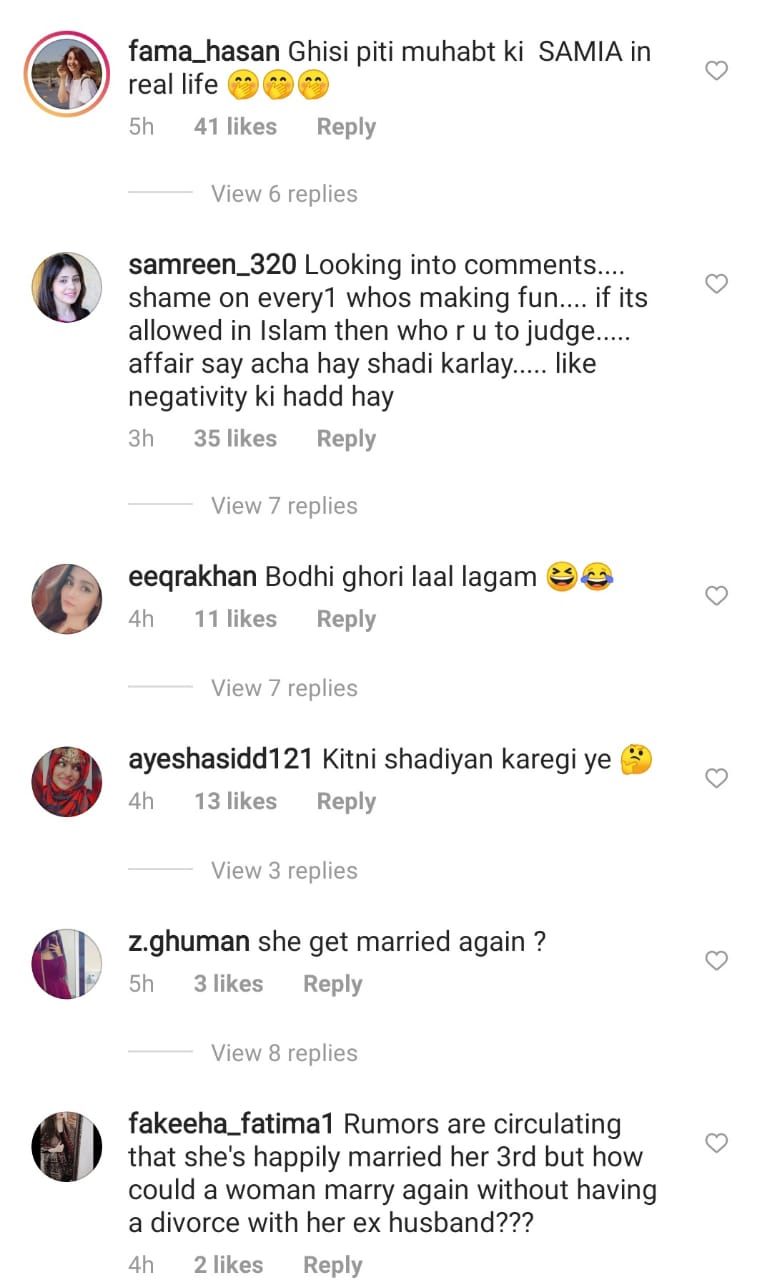 Nadia Khan is a Pakistani television actress, presenter and producer. She is best known for hosting The Nadia Khan Show. Moreover, she is also gaining fame with her YouTube channel. She is known for her role in classic PTV series Bandhan. Furthermore, Nadia receives critical acclaim for her portrayal of Kinza in Aisi Hai Tanhai.