Take a look at these sweetest clicks of Mustafa Abbasi as he enjoys the company of his family! 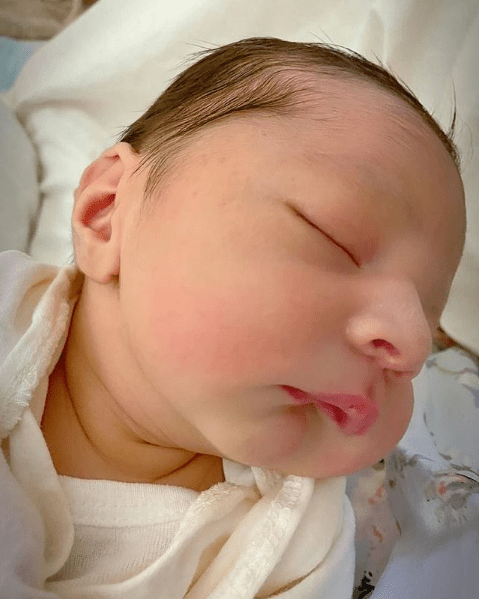 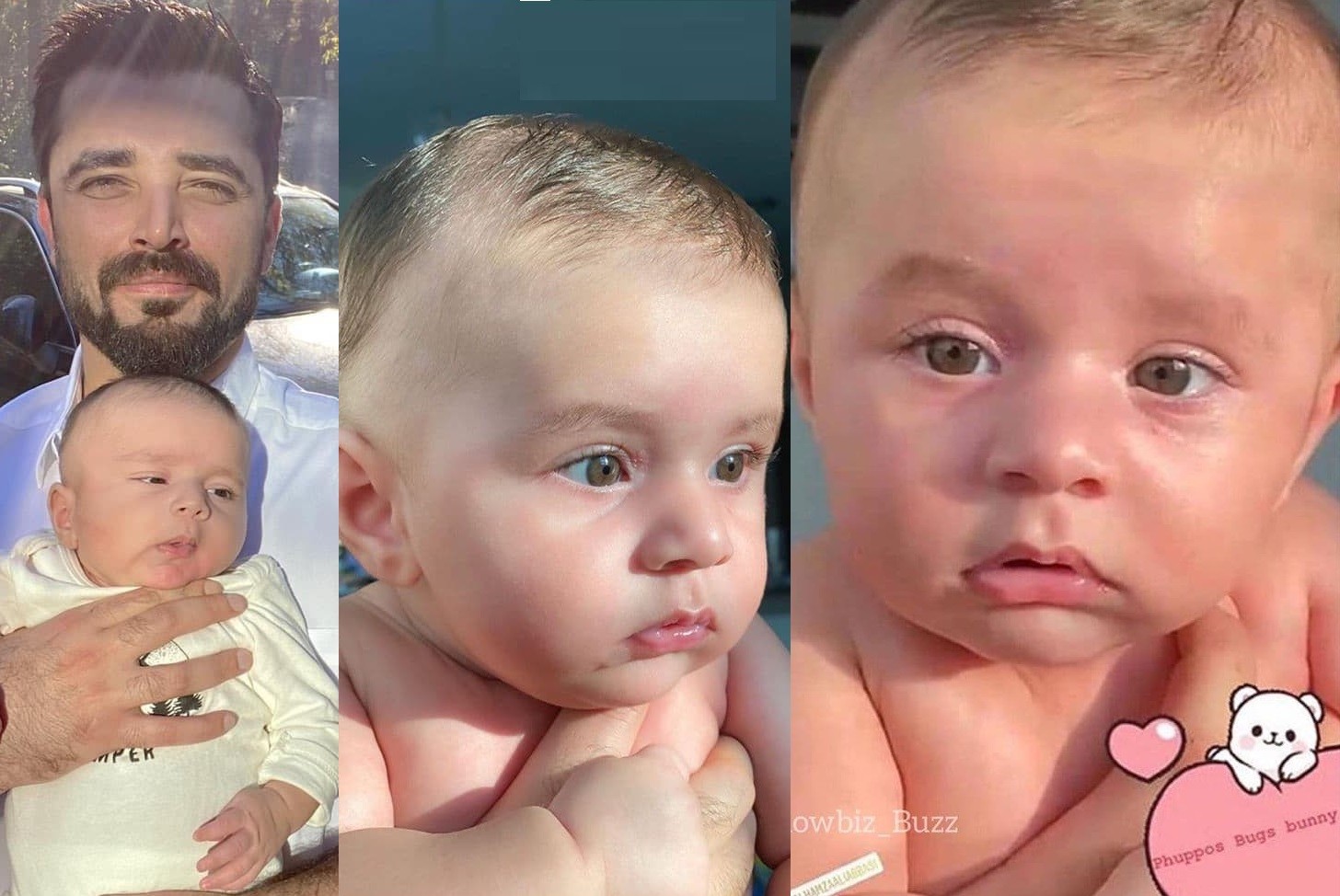 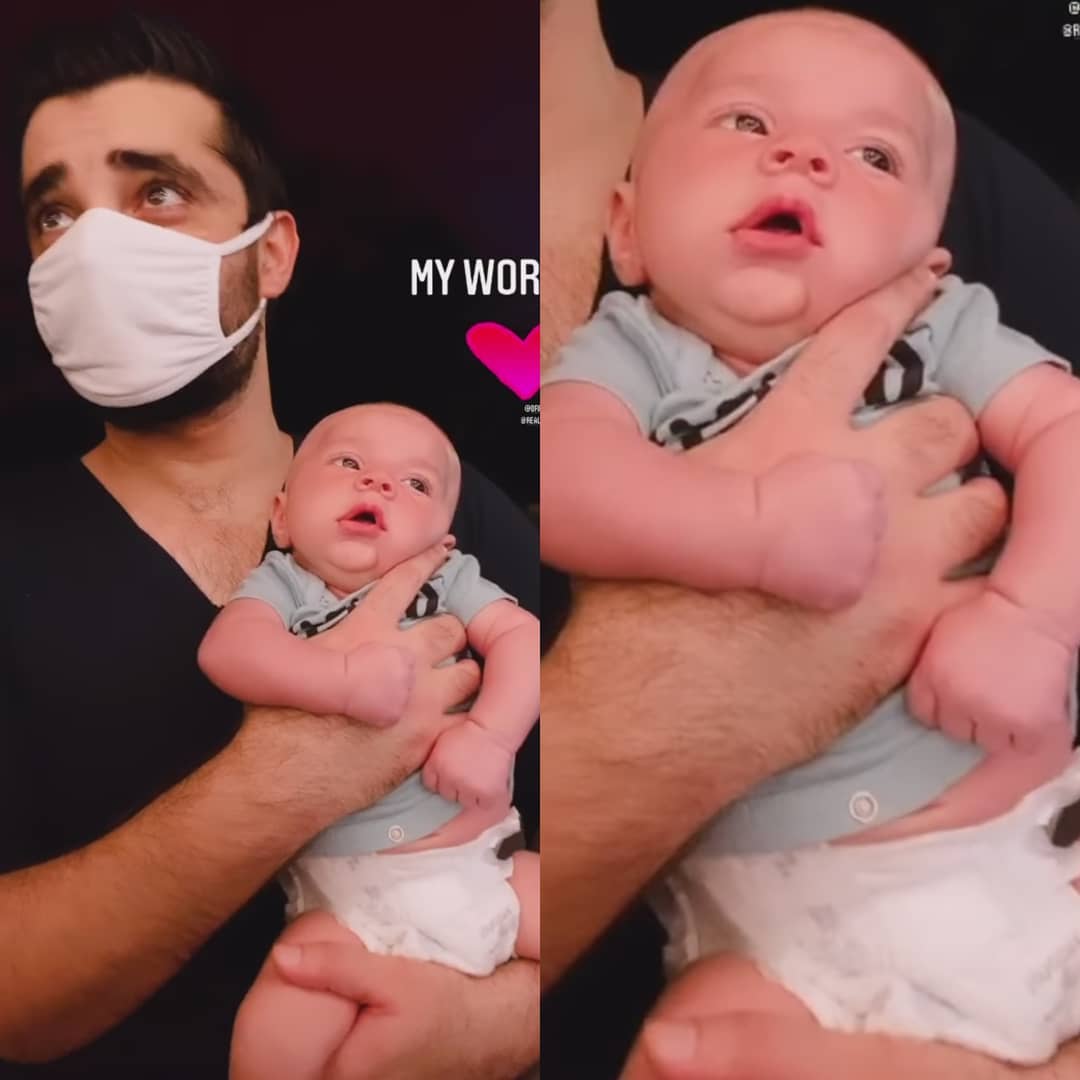 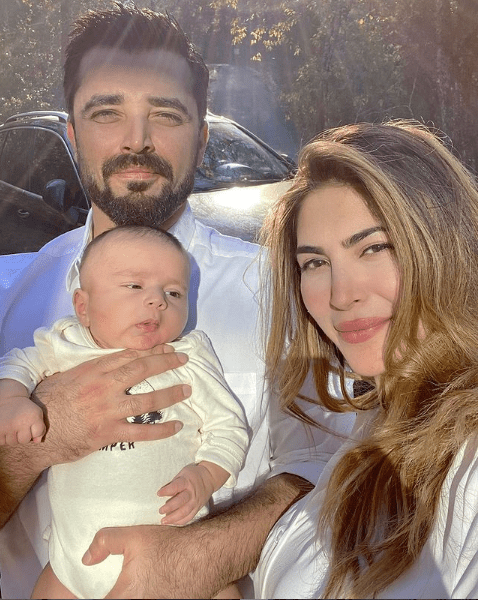 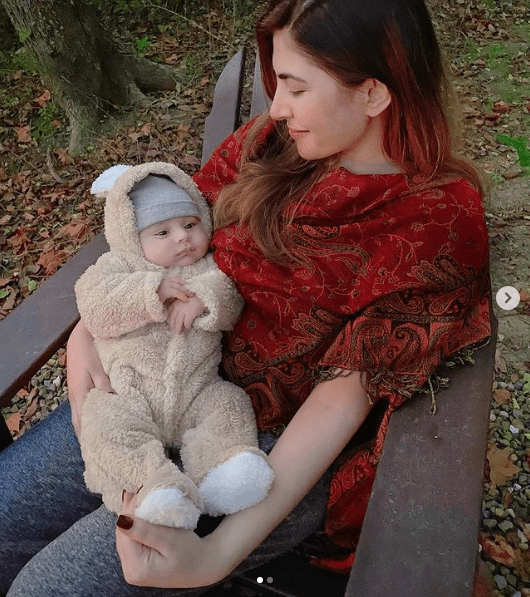 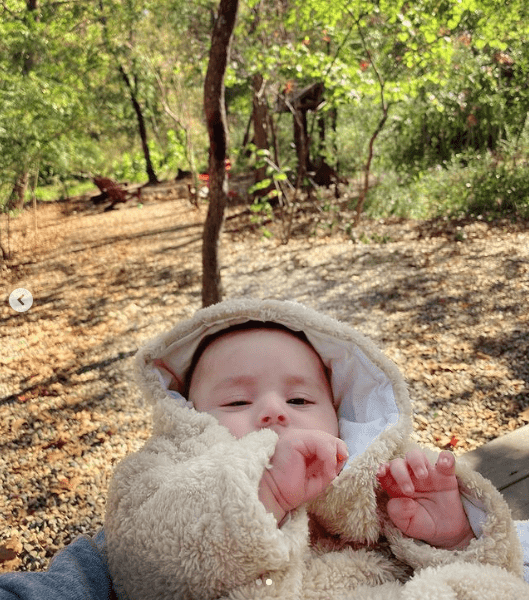 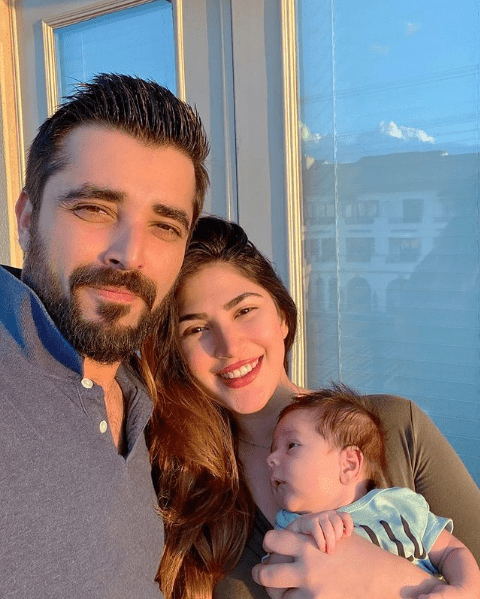 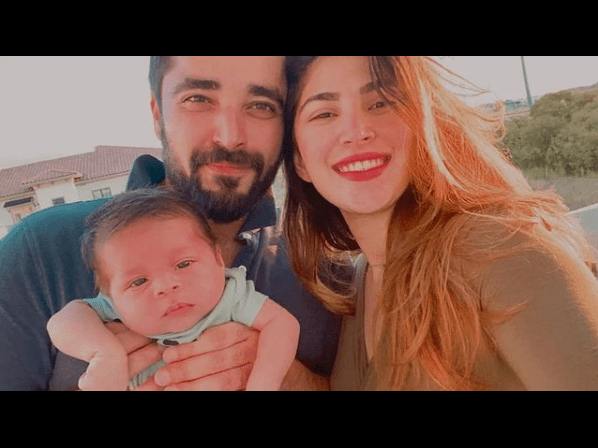 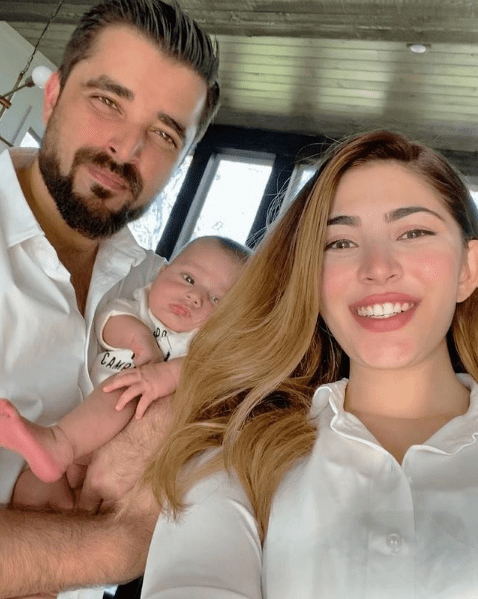 Mustafa With His Pupho Fazeela Abbasi

Here we have got some of the best clicks of Hamza Abbasi’s son with his Fazeela Abbasi. Take a look! 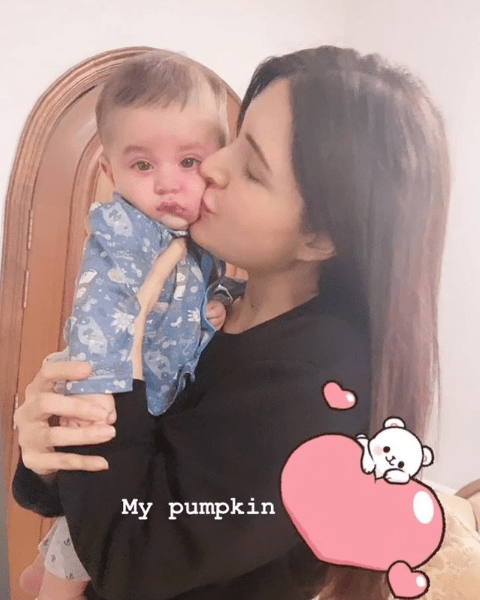 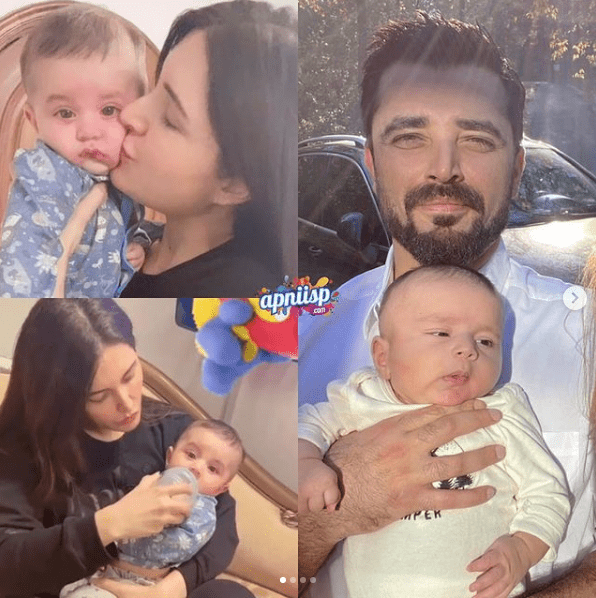 And… here e have got a video as well in which Mustafa is having comfy time in Fazeela Abbasi’s lap.

When Humayun Saeed & Family Met Mustafa For The First Time!

Recently, we have seen some photos going viral on social media in which Humayun Saeed and family can be seen meeting the cute boy Mustafa. It was for the first time they have visited after Mustafa’s birth and Humayun Saeed seems quite impressed with the little prince. Check out these clicks! 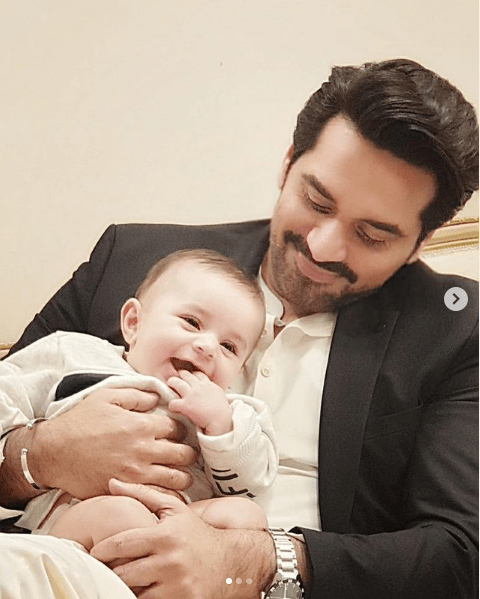 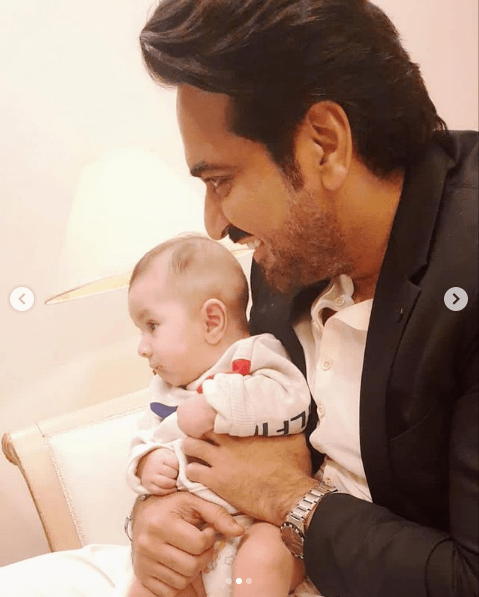 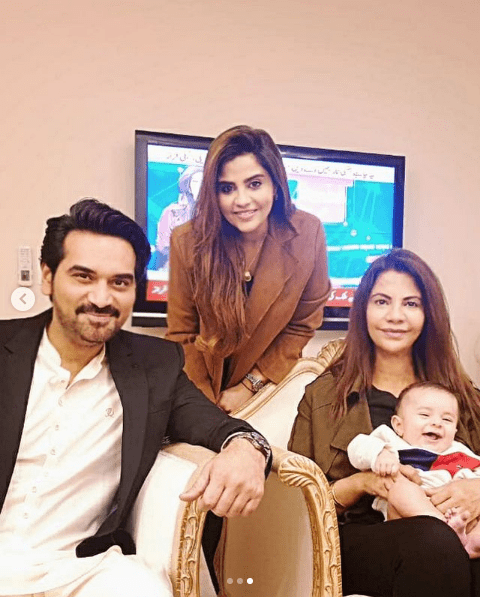 The little munchkin is so comfortable attending the guests and Humayun Saeed along with his family enjoyed Mustafa’s company a lot.

It seems that the baby Mustafa has stolen Humayun‘s heart that the legendary actor took it to express in his Instagram post. Here is the note he penned while posting these adorable pictures:

“Masha Allah the most adorable and chilled out kid Mustafa Hamza Abbasi. Had the strangest yet happiest feeling when I held him; a sudden realisation that Hamza’s not only married but also has a child! May Allah protect the entire family from evil eyes. May Allah bless them all and May Allah give Mustafa a life filled with lots and lots of joy, success and wellbeing”

Would you like to add something to this write-up? Don’t forget to share your valuable feedback with us about baby Mustafa!

Wardah Farooqi
Wardah Farooqi has been working as a writer for 6 years. She also worked at Dunya News, Live Pakistan Magazine, and numerous local as well as international platforms. When she isn't writing, you can find her assisting people in bringing out the best!
Share
Facebook
Twitter
Pinterest
WhatsApp
Previous article
Sonya Hussyn – Top 10 Hot and Stunning Clicks That Will Blow You Away!
Next article
Yasir Hussain and Iqra Aziz Couple Dance Video Is Setting Love Goals!
Share
Facebook
Twitter
Pinterest
WhatsApp