MONITORING DESK: The murder of prominent advocate, television debator, and human rights activist Babar Qadri has sent a clear message from occupying forces to Kashmiris that they must not raise voice against human rights violations going on in Indian Occupied Kashmir. 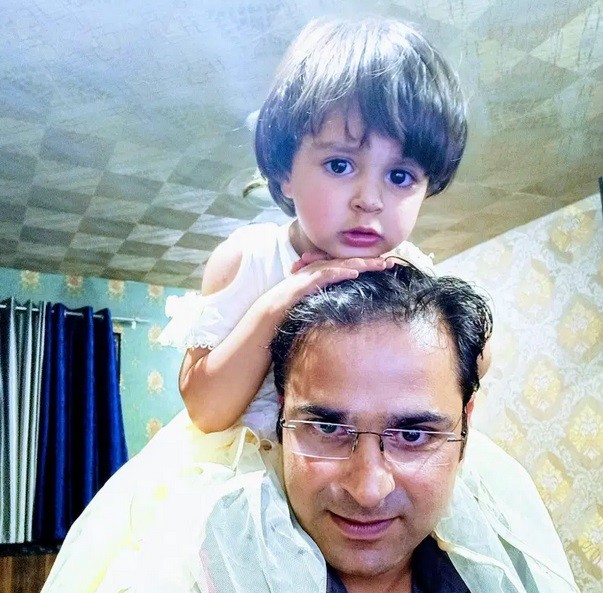 Qadri shot dead inside his home in Srinagar on Thursday, September 24, 2020.

A week ago of his murder, Qadri through his social media accounts had been raising alarms that his life was in danger but police did not provide him security.

According to Kashmir Observer Newspaper, Advocate Babar Qadri was shot from a point-blank range while attackers managed to flee from the spot.

A volley of bullets hit his arm, neck, and head and he was brought dead to SKIMS hospital.

Qadri, originally from Tangmarg in Baramulla district, had been practicing law at Kashmir High Court for more than a decade. Besides an advocate, Qadri was a vocal panelist and TV debater. He is survived by his parents, three siblings, wife, and two daughters.

Qadri, who was a student activist, became well-known for taking up cases of juveniles booked under various laws including the controversial Public Safety Act (PSA).

He was often seen on national channels debating Kashmir. He was vocal on Kashmir affairs and often at loggerheads with other panelists.

Three days earlier, he had in his last Tweet urged the police in Jammu to register an FIR against a Facebook user for launching a “wrong campaign” against him.

The killing of a young and promising lawyer who represented members of the poorest, most marginalized parts of Kashmir at all the forums available to him including many of the victims of conflict and their families, has a devastating impact on access to justice in Kashmir.

The Jammu and Kashmir Pradesh Congress Committee (JKPCC) strongly condemned the killing of Qadri and urged the government to ascertain the identity of the killers for exemplary punishment.

Describing the killing of Qadri as an unfortunate, shocking and cowardly act, the JKPCC spokesperson has expressed anguish over this unfortunate and highly condemnable incident and urged the government to take effective measures to put an end to the bloodshed in Kashmir.