Check out the latest pictures of Mawra Hocane as she dresses up in fancy for her friend's wedding!

Our ever-gorgeous Mawra Hocane has always made sure to leave her fans impressed not only with her acting but her stunning looks as well. She has always been the centre of attention for dressing differently and fans love the way she carries her style statement. Recently, we came across some of her beautiful clicks in which she is wearing a fancy orange dress. Here we have got pictures and further details!

Well… we know that when it is about dressing up for the friend’s wedding, it takes everything to make one look perfect. Mawra has also donned a dazzling orange fancy wear that is grabbing everyone’s attention instantly on social media. Take a look at these clicks that will leave you stunned! 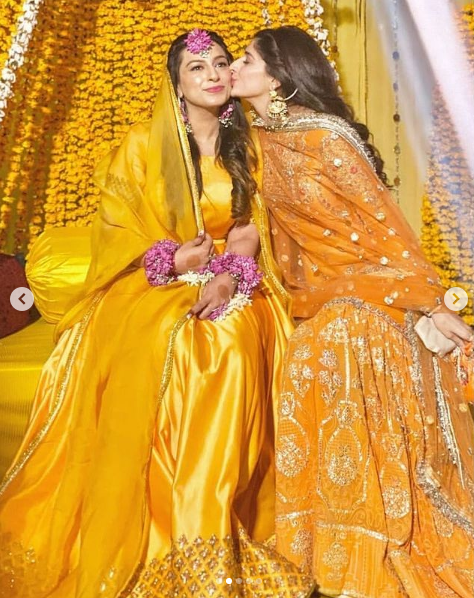 The finest arrangement of embellishment of Mawra’s dress is making her stand out. We can say this without any doubt that orange is Mawra‘s new colour. 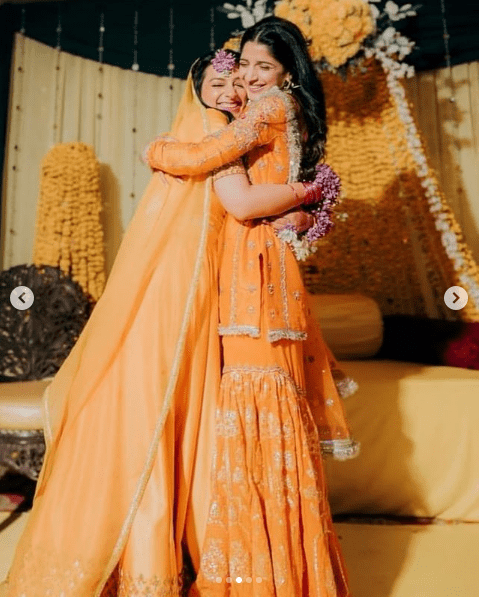 This picture is all about Mawra’s love for her lovely friend who is sharing the best moments from the new beginning with her bestie. 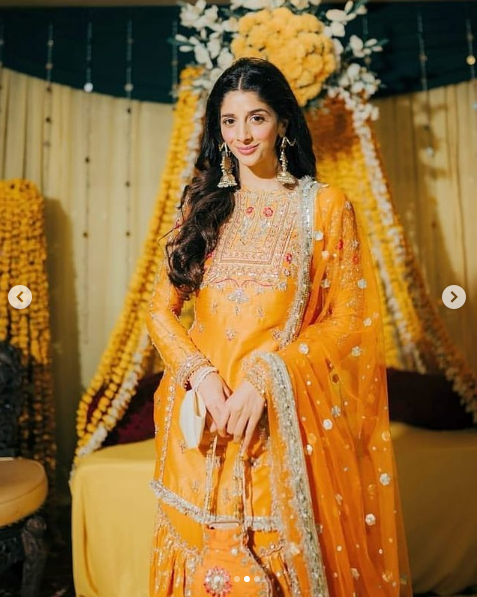 The traditional design of the dress and fascinating net dupatta with a fancy sprinkle all over is definitely eye-catching. 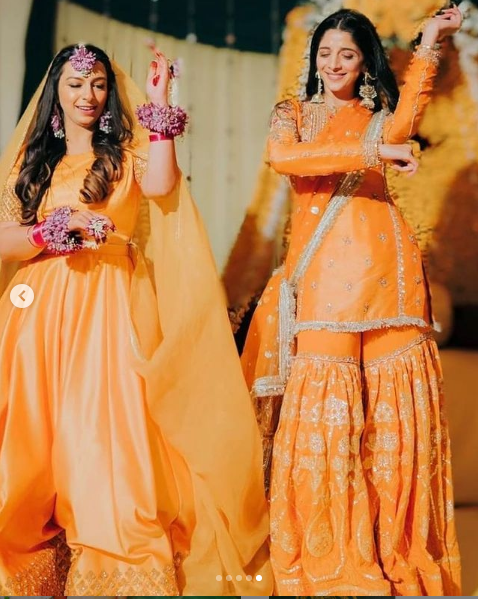 And… here she showed her dance moves while adding up to the entertainment feel of the event. 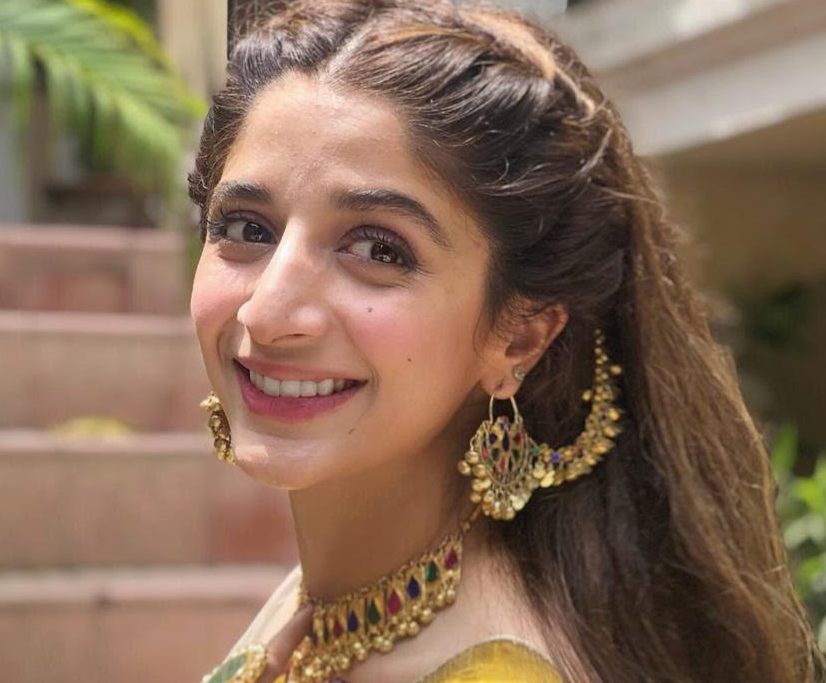 Mawra Hocane is a Pakistani TV actress and model. She was born on 28th September 1992 in Karachi and grew up in Islamabad later as her family shifted.

She started her career at the age of 13. During her schooling, she used to participate in various cultural activities. Mawra started her professional career working as a VJ actor. She gained popularity from the very first show as a VJ.

Mawra started her debut on TV with a show called Mere Huzoor in 2012 aired at Hum TV. She was applauded for her performance. She came into the spotlight with her performance in dramas like Aahista Aahista, Ik Tamanna Lahasil Si, Maryam and Main Bushra.

Wardah Farooqi
Wardah Farooqi has been working as a writer for 6 years. She also worked at Dunya News, Live Pakistan Magazine, and numerous local as well as international platforms. When she isn't writing, you can find her assisting people in bringing out the best!
Share
Facebook
Twitter
Pinterest
WhatsApp
Previous articleKhuda Aur Mohabbat 3 – Here is First Look of The Most-Awaited Drama!
Next articleKashmiris’ Right to Self-Determination Day: President Arif Alvi reminds UN to honour its commitment