Check out the latest pictures of Mansha Pasha and Jibran Nasir's nikkah event.

The most elegant actress from the industry Mansha Pasha has finally tied the knot with Jibran Nasir in an intimate ceremony. Here we have got further details and the latest clicks from Nikkah.

Mansha Pasha got married to Jibran Nasir in an intimate ceremony in Karachi on Saturday. The actress took to the moment to Instagram and shared an adorable photo from their wedding ceremony. Her picture with a wedding ring has been circulating over social media. Here we have got the latest clicks from the event! 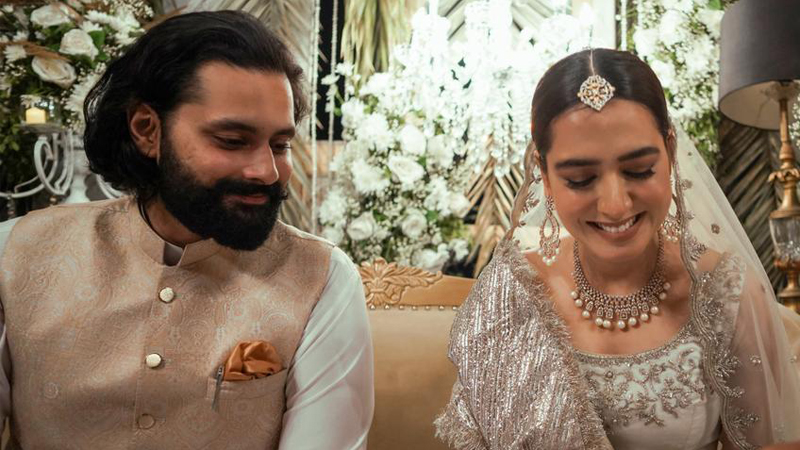 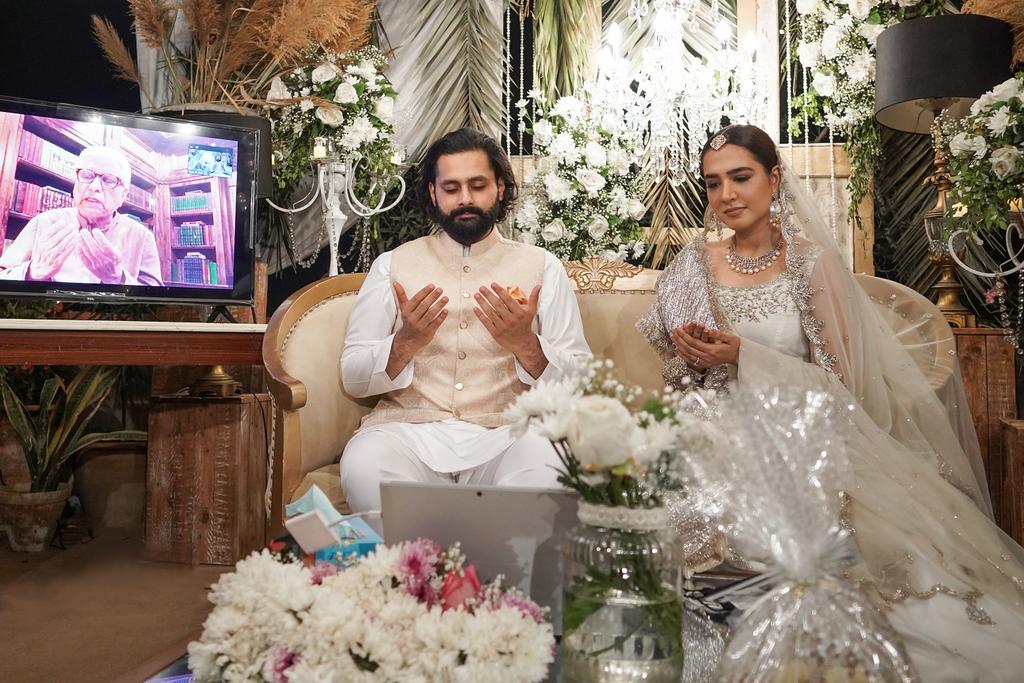 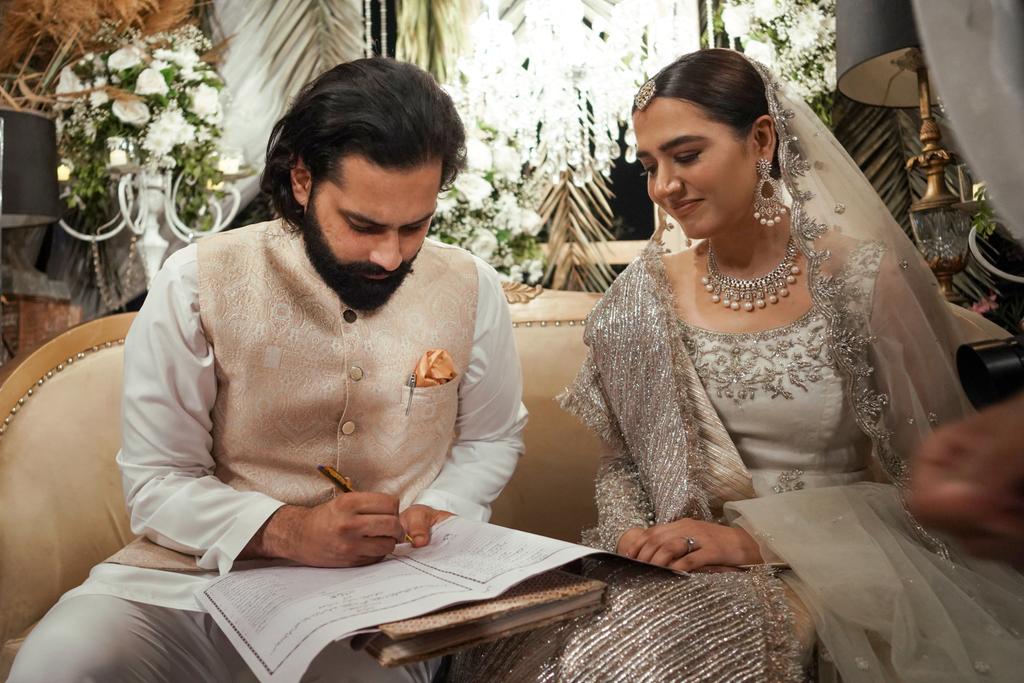 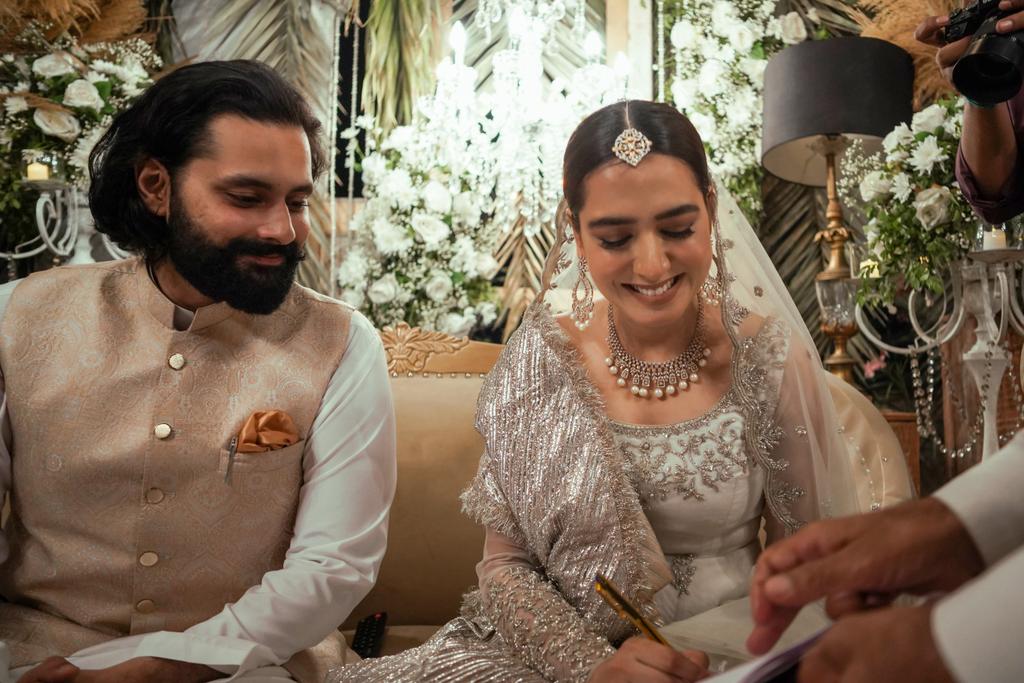 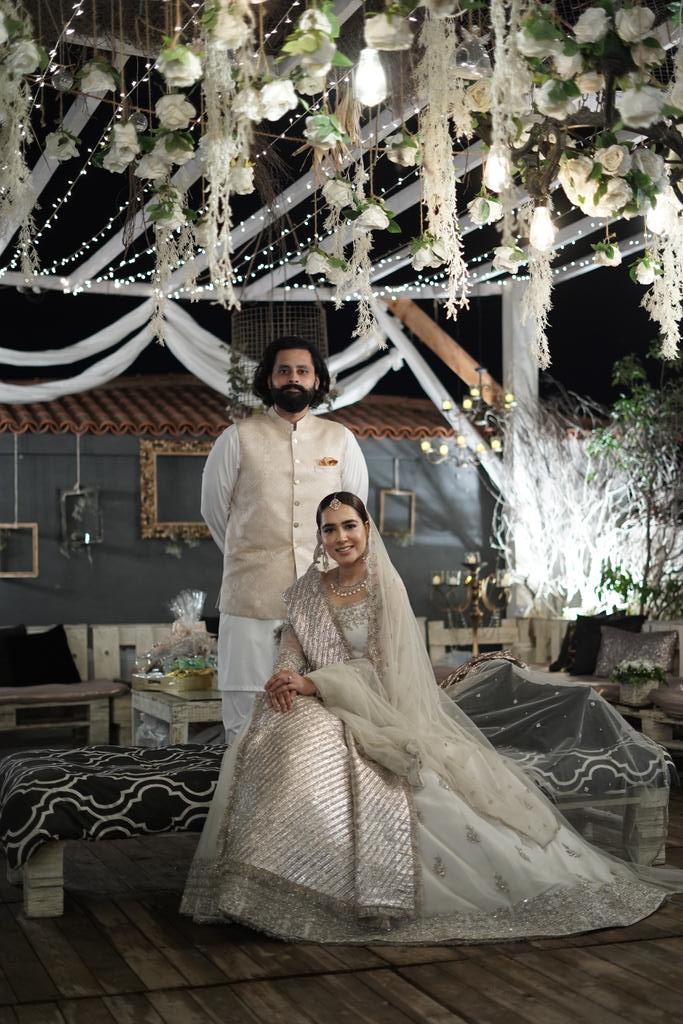 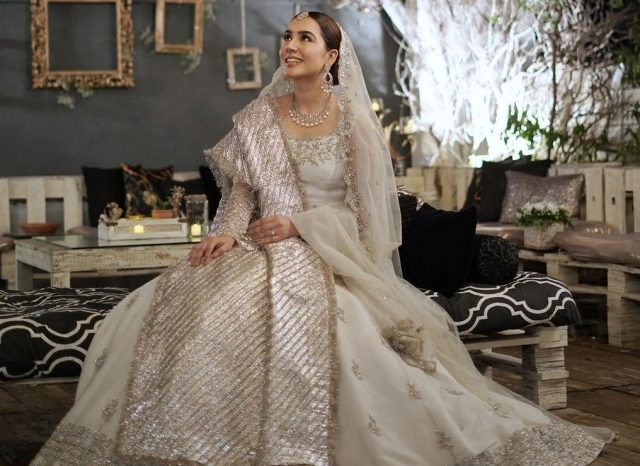 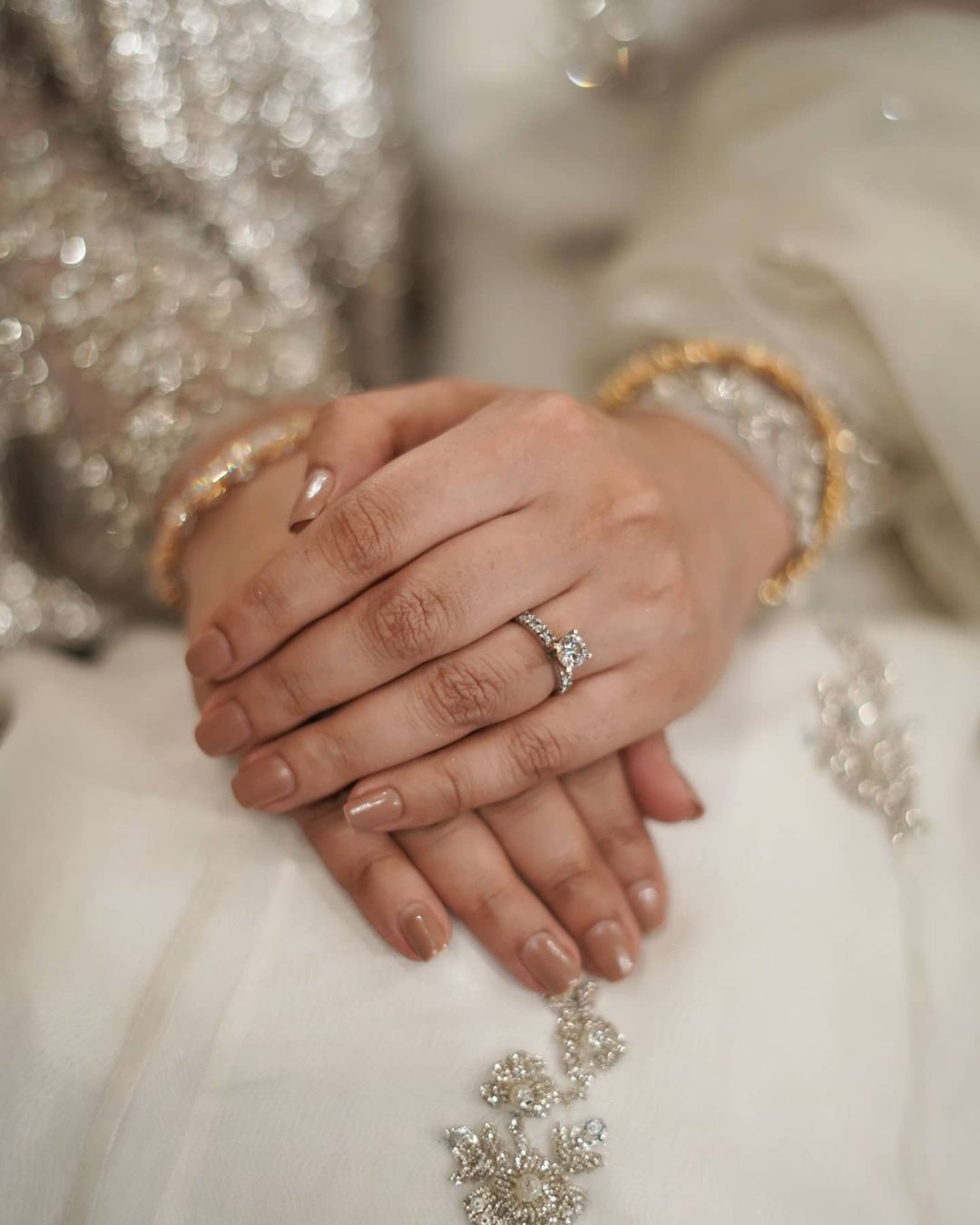 Close friends and family attended the nikkah ceremony. Mansha and Jibran had announced their engagement back in 2019.

As soon as these clicks made their way to social media, fans and fellow showbiz stars flooded the comment section with congratulatory messages.

Jibran Nasir announced the wedding as:

We got married yesterday Alhumdulillah in presence of our immediate families. Will hopefully celebrate with friends & family at large post pandemic. Thank you to @JavedGhamidi sb for graciously solemnizing our Nikah & thank you all for the love & wishes you've always sent our way pic.twitter.com/HNgBAzo0Kf

Mansha opted for a Zuria Dor ivory outfit while Jibran kept it simple and elegant with a white dress and a slightly fancy waistcoat.

Jibran Nasir is a passionate and energetic Pakistani Civil rights activist who is also struggling to hold a position in Politics. He is famous for his protests against terrorism in the country. Jibran was born on 10 February 1987 in Karachi, Pakistan. He completed his A-Levels from The Lyceum School, Karachi and went to the University of London for a Bachelor of Law (LLB). Later, he completed LLM from the University of Northumbria.

Wardah Farooqi
Wardah Farooqi has been working as a writer for 6 years. She also worked at Dunya News, Live Pakistan Magazine, and numerous local as well as international platforms. When she isn't writing, you can find her assisting people in bringing out the best!
Share
Facebook
Twitter
Pinterest
WhatsApp
Previous articleToyota Revo Facelift Is Here! See Features, Engine, And Booking Info
Next article135 more people succumb to COVID-19 in Pakistan