ISLAMABAD, Pakistan: The Chairman of the Parliamentary Committee on Kashmir Shehryar Khan Afridi has said that the sole objective of the Kashmir Premier League (KPL) is to project Kashmir globally and to make the whole globe realize what Kashmiri talent offers to the world.

He expressed these views while addressing the participants of the Draft Launch of the KPL as Chief Guest here at a local hotel on Saturday.

On the occasion, and Federal Minister Omar Ayyub Khan, President KPL Arif Malik, CEO Shehzad Chaudhry also addressed. Six teams of the KPL were also given the opportunity to participate in draws to help pick international and Pakistani cricketers. 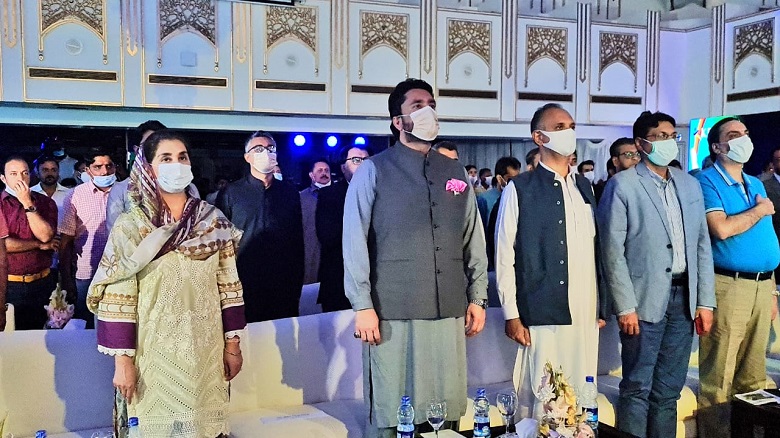 The Chairman of the Parliamentary Committee on Kashmir said that Pakistani talent has mesmerized the cricketing world and now the Kashmiri talent would impress the world. He said that Kashmir was one of the most beautiful places on earth and KPL would help bring the world tourists to Azad Jammu and Kashmir.

Shehryar Afridi said sports is the best form to help transform any part of the world and we have seen how individual sportsmen have transformed their countries globally. He said KPL would become a voice of the unheard and the world would start hearing the voice of Kashmiris.

Afridi said that overseas Pakistanis are overwhelmed over the news that KPL is being launched and KPL would become a brand name and Kashmir would be a buzzword in across the sporting world.

Shehryar Afridi said that this would also help materialize the new normal in Pakistan which has now transformed from terrorism to tourism. He said Kashmir would become a new laurel in the jewel of Pakistan. He said we have to transform KPL into a new brand name which would have a positive impact in the cricketing world and would help showcase Kashmiri talent globally.