ISLAMABAD, Pakistan: The Chairperson Peace and Culture Organization Mushaal Hussein Mullick has made it clear that people of Kashmir would not rest till accomplishing the mission of Syed Ali Shah Geelani and icon of Kashmir freedom movement to break the shackle of Indian slavery.

Speaking at an event organized by the Rawalpindi District Bar Association on the first Martyrdom Anniversary of Baba-e-Hurriyat Shaheed Syed Ali Shah Geelani, she paid glaring tribute to great Kashmiri leader for his life long fight against Indian occupation. 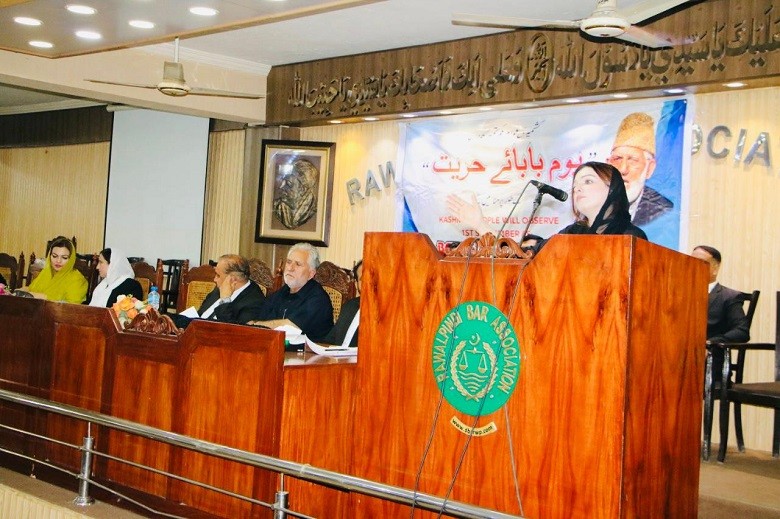 Mushaal, who is a wife of Jailed Kashmiri Hurriyat leader Mohammad Yasin Malik, said that Geelani gave his life in the struggle for independence of Kashmir and exposed the fascist and oppressed face of India to the world.

“We will continue the dream of Gilani Sahab till our last breath,” she vowed, adding that the determination of Geelani would always be remembered as he was uncompromising leader of Kashmir.

Kashmiris living on both sides of the Line of Control (LoC) and across the globe observed the first martyrdom anniversary of Baba-e-Hurriyat with the pledge that they would continue their freedom struggle till getting independence from the Indian rule.

Mushaal Mullick stated that Geelani spent more than a decade in Indian prisons for this unwavering stance on Kashmir dispute. 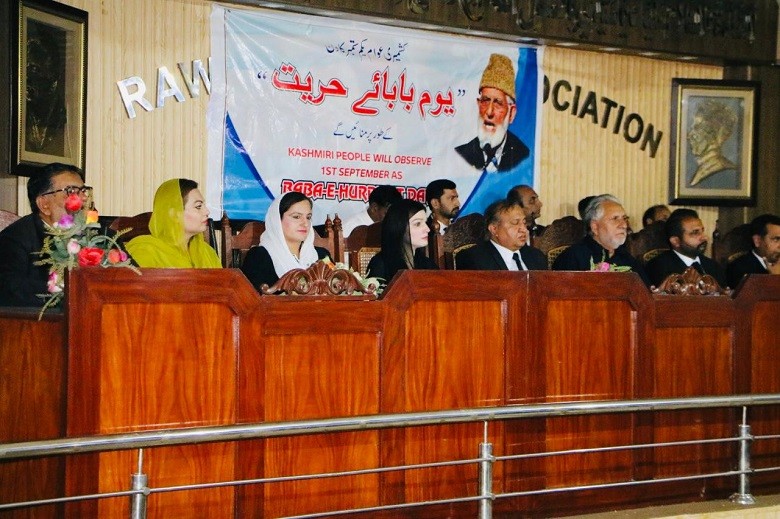 Mashaal said that 249 years ago, the body of Baba Bulleh Shah was also desecrated as whose funeral was not even allowed.

Similarly, she stated that permission was not given to offer the funeral of Geelani and even after the burial, his grave was declared a sub-jail, depicting the unimaginable fear of the Indian government.

The Kashmir leader said that Syed Ali Geelani was symbol of resistance against Indian occupation and torchbearer of Kashmiri freedom movement and his legacy would continue to guide and inspire Kashmir’s present as well as coming generations.

Mushaal said that Syed Ali Gilani’s life long struggle for the Kashmir cause would be written in golden words in the annals of Kashmir history and he remained passionate advocate of Jammu and Kashmir’s accession to Pakistan all along his life.

The Chairperson stated that Geelani proved prophetic who predicted over decade ago that 500,000 Biharis would be given Kashmiri citizenship, as six to seven hundred thousand army would be given citizenship to change the demography of Kashmir and afterward, India would say OK, let us have a referendum now.

The Kashmir leader stated that that was exactly happening in Kashmir now, as the enactment of Domicile Law has pushed the nation of Kashmir to the brink of extinction because over 4.1 million Domicile certificates have been issued within the past two years just to change the demography of Indian Illegally Occupied Jammu & Kashmir (IIOJK), thus to convert majority Muslim population into minority.

In addition, she also said that Kashmiri people observed complete shutdown in IIOJK on Gilani’s first martyrdom anniversary to give strong message to the hindutva regime that they would not rest till completion of his mission of achieving the long-denied right to self-determination to the people of the occupied valley.

Mushaal said that India should not forgotten that Kashmiri people kept the freedom alive through their matchless sacrifices and they would take the movement to its logical end come what may.

The Chairperson said that the Kashmir dispute was a volcano that posed serious threat to the global peace; hence the world should give a serious consideration to settle it as per the UN agreed formula before it was too late.