ISLAMABAD, Pakistan: In connection with Kashmir Solidarity Day, a Digital Photographic Exhibition on Kashmir and a Painting Competition/Exhibition was organized by the Directorate of Electronic Media and Publications (DEMP) at the Pakistan China Friendship Center in Islamabad on Thursday.

The Minister of State for Information and Broadcasting Farrukh Habib inaugurated the exhibition.

Two documentaries produced by the DEMP were exhibited during the event.

A Painting Competition was organized by the DEMP to highlight the atrocities of Indian forces in Indian Illegally Occupied Jammu and Kashmir (IIOJK) in collaboration with the Pakistan National Council of Arts (PNCA). 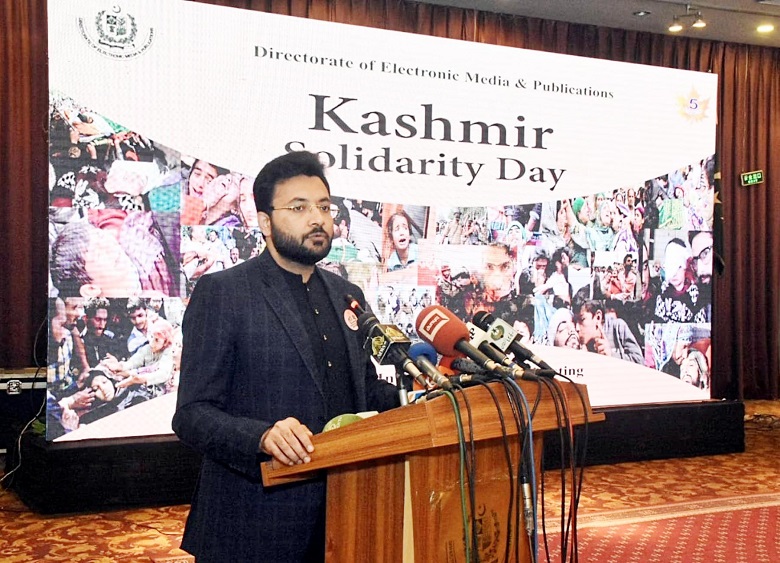 The Minister of State for Information and Broadcasting Farrukh Habib distributed prizes and certificates among the winners.

The Additional Secretary Information Mubashir Tauqeer, the Director-General DEMP Ms. Samina Farzeen, and other officials of the Ministry of Information were also present during the event.