ISLAMABAD, Pakistan: The Chairperson Peace and Culture Organisation Mushaal Hussein Mullick termed Human Rights Day as an hypocrisy day where the people, who remain quite a whole year on the human rights violations in Kashmir, are talking about equality, freedom and justice.

Mushaal, wife of jailed Kashmiri Hurriyat leader, Muhammad Yasin Malik said that the world marked another Human Rights Day 2021 yet there are thousands of Kashmiris suffering at hands of occupying forces. 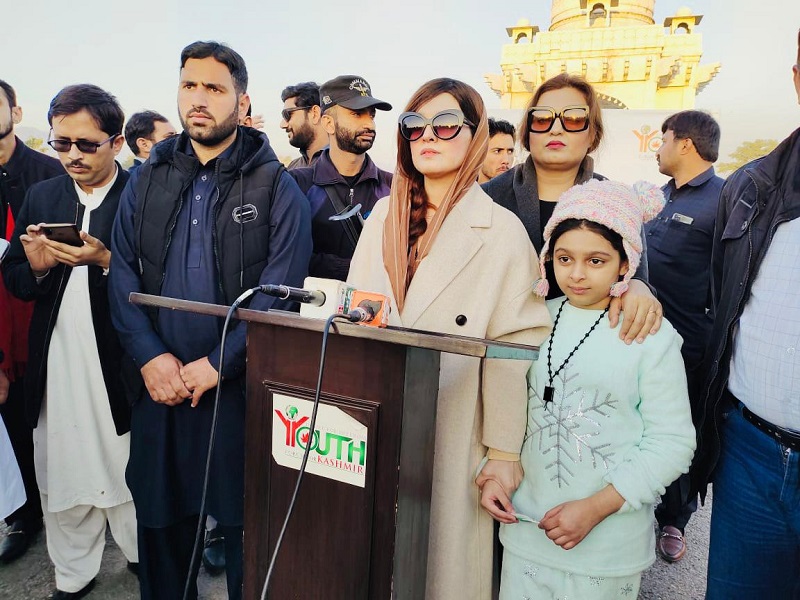 Mushaal said that this brutal practice have been continuing since 1989 but the world is mere marking the human rights day rather taking any practical step to stop the bloodshed of Kashmiri people in the occupied valley.

“Today is marked Human Right Day and it has been commemorating from over 70 years but the UN bodies and human rights organizations are miserably failed to implement their own passed resolutions and worldly acknowledged rules and conventions in India,” she added.

Mushaal stated that the world recognized unconditionally that every human being regardless of cast, creed, religion, color and nation are equal but Indian brutal forces have been violating all international laws and norms and committing genocide of innocent Kashmiri people but the country still maintains its UN membership, which raised serious questions over world body’s credibility and legitimacy.

Mushaal lamented that Kashmiri people are receiving body bags, youth are butchered and women rapped on daily basis but the so-called human rights organizations are blind to the world worst human rights violations.

The Hurriyat leader stated that Kashmir is burning and people of the occupied valley have been deprived of Scio-economic and political rights and even they have no right to live. “I ask the world as how long this inhuman practice and state barbarism will continue,” she questioned.

Mushaal Hussein Mullick said that Kashmiris are being forcefully evacuated from their homes and new settlers in the form of Indian are being settled there to change the demography of the IIOJK.

Mushaal urged the world to shun the hypocrisy and duplicity and this is day to take a decisive action to put a stop on Indian growing state terrorism and violence.

The Kashmiri leader expressed optimism that the day is not far away when people of the occupied valley would celebrate Human Rights Day as free citizens.