BERLIN, Germany: An event was organized on Wednesday at the Embassy of Pakistan Berlin to observe 27th October as Jammu and Kashmir Black Day and to express solidarity with the oppressed people of Indian Illegally Occupied Jammu and Kashmir (IIOJK).

A large number of community members, Kashmiris, and many local Germans attended the event. 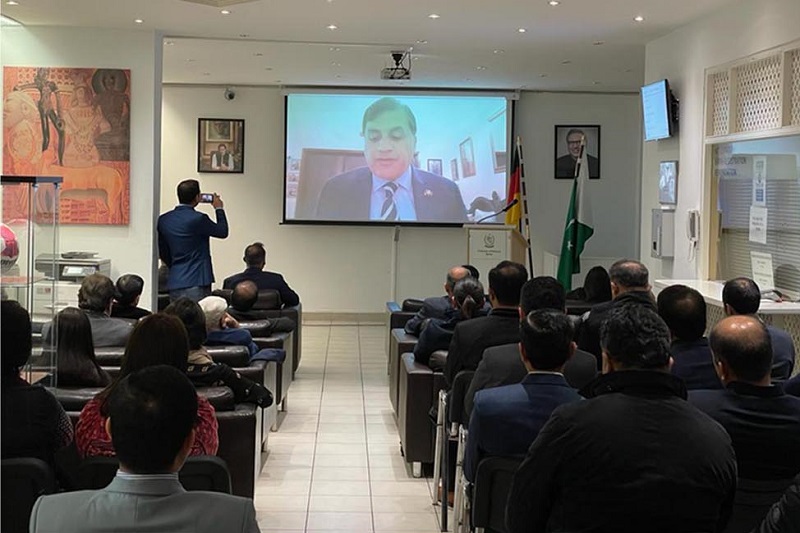 In his recorded message, Ambassador Dr. Mohammad Faisal thanked the participants and noted that on 27th October 1947, India illegally occupied the State of Jammu and Kashmir and on 5th August 2019, it took further steps to unilaterally alter its disputed status and change the demographic structure and identity. Pakistan, the Kashmiris, and the Muslim Ummah continue to categorically reject this travesty of law and justice.

Since 5th August 2019, the scale and intensity of the Indian Government’s human rights violations have increased manifolds. Through the deployment of additional troops and an unprecedented media and communication blackout, atrocities committed by the Indian occupation forces have exacerbated, turning IIOJK into the largest prison of the planet.

The ambassador further noted that the landing of Indian Occupation forces in Jammu and Kashmir on 27th October 1947 was a stark violation of the Indian Independence Act and Partition Plan. The people of Jammu and Kashmir have been continuously resisting the Indian occupation since then. They are facing the worst kind of Indian state terrorism. However, the struggle to achieve the inalienable Rights to Self-determination remains undeterred.

Ambassador Mohammad Faisal urged the International Community to play its role and force India to end the illegal occupation of Jammu and Kashmir and implement the United Nations Security Council Resolutions by agreeing to a plebiscite, whereby, the Kashmiris may exercise the Right to Self- determination under UN auspices.

A documentary was also screened on this occasion to highlight the objective of observing the Jammu and Kashmir Black Day and gross human rights violations committed by the Indian occupation forces in IIOJK.