Indians Are the New Face of the Islamic State, says US Magazine Foreign Policy

As white nationalists across the world have gained prominence through racist, Islamophobic and anti-Semitic acts, the world’s focus on terrorism seems to have shifted. Many experts on extremism now focus heavily on the far-right in its many incarnations as an important driver of terrorist threat. But this myopic approach ignores the dynamism that the Islamic State injected into the international jihadist movement, and the long-term repercussions of the networks it built. In particular, the Indian and Central Asian linkages that the group fostered are already having repercussions beyond the region. 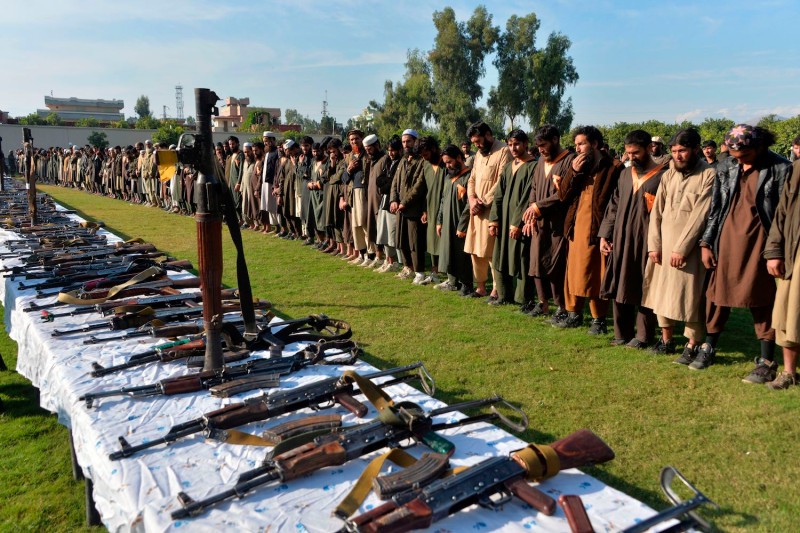 This threat emerged most recently with the attack by the Islamic State in Khorasan Province (ISKP) on Jalalabad prison in early August. The attack showed a level of ambition that distinguished the group from many of the Islamic State’s other regional affiliates. Part of a bigger global push to do something about colleagues rotting in prisons, it was also a way of signaling how the group’s approach to freeing its prisoners differed from the Taliban’s. In ISKP’s eyes, the Taliban are in essence surrendering in their peace negotiations with the U.S. government. But the most interesting aspect of the attack was the roster of fighters involved—a multinational group that included Afghans, Indians, Tajiks, and Pakistanis.

Terrorists from India, Tajikistan, Uzbekistan, and Kyrgyzstan were never at the forefront of global jihad before—now they are.

While at first glance this seems unsurprising, the presence of Central Asians and Indians in transnational attacks is a relatively new phenomenon that reflects a shifting pattern in jihadism linked to the Islamic State. Some of the group’s most dramatic attacks—like the Easter 2019 Sri Lanka bombings, the attack on a Turkish nightclub on New Year’s Eve 2017, or the 2017 truck attacks in New York City and Stockholm—revealed jihadism’s persistent appeal to a global audience. Indeed, the rise of Central and South Asian cohorts to the front rank of attack planning is a development with potentially worrying consequences.

Jihadist ideas are not new to Central Asia or India. The civil war in 1990s Tajikistan that broke out in the wake of the country’s emancipation from the Soviet Union was an early post-Cold War battlefield which included jihadist elements. Fighters used northern Afghanistan as a base from which to fight in Tajikistan.

While most of the support for the fighting in Tajikistan emerged from communities in northern Afghanistan who went on to fight against al Qaeda and the Taliban, some disillusioned fighters in the conflict ended up fighting alongside al Qaeda. And for a while, assessments of where al Qaeda would go after its ejection from Afghanistan post-9/11 focused on the Fergana Valley, a region spanning Uzbekistan, Tajikistan, and Kyrgyzstan that is home to conservative communities who have clashed with their respective capitals. Groups like the Islamic Movement of Uzbekistan, Jund al Khilafah, the Islamic Jihad Union or various Tajikistani groups provided networks that helped Central Asians get involved in fighting in Afghanistan and Pakistan. But these networks were relatively limited in their impact.

India was the birthplace of the Deobandi movement, a sect that was a source of ideas for the Taliban, and the conflict in Kashmir has for years been a rallying cry for extremist groups

India’s history of jihadism goes back even further. The country was the birthplace of the Deobandi movement, a sect that was a source of ideas for the Taliban among others. And the conflict in Kashmir has long been held up by extremist groups as one of the world’s most long-standing unresolved jihadi conflicts. While most Kashmiris are nationalists furious at New Delhi, their conflict is one that is regularly adopted as a rallying cry by extremists who point to it as one of the many places where Muslims are being abused.

Yet notwithstanding this heritage, neither India nor Central Asia has historically produced many figures in the international jihadist movement, launching attacks far from their borders. Indians have stayed involved in networks in India, or occasionally Pakistan. Central Asians have shown up in Afghanistan and Pakistan, but rarely farther afield. That is changing.

A major attraction drawing young men and women to jihadism has always been the idea of participating in a transnational religious movement and an epic global struggle. To focus only on a parochial local level misses the larger canvas of their narratives. This appears to be a gap that the Islamic State identified and filled.

A major turning point in Indian and Central Asian involvement in the global jihadist movement was Syria.

A major turning point in Indian and Central Asian involvement in the global jihadist movement was Syria. A cauldron that continues to draw people in, it is a clear and significant marker in the international jihadist story. The battlefield was one that drew in Muslims from almost 100 different countries and from every continent. This included Indians and Central Asians, though their experiences were markedly different.

The Central Asians integrated well into the conflict, serving alongside both Islamic State and al Qaeda-affiliated groups. For example, Tajikistani former Colonel Gulmurod Khalimov rose to be a senior Islamic State commander. Large groups of Central Asians fought on the battlefield. In contrast, the few Indians who made it to the Levant had a different experience. Many received bad treatment at the hands of their Arab hosts, who tended to look down on them—reflecting the status of South Asians as poor laborers in much of the Arab world. This racism did not stop a significant number of Indians being drawn to the group, however. A more thriving community of Indian fighters made it to the conflict in Afghanistan to fight alongside ISKP there.

The above article was originally published by the Foreign Policy, an American news publication.