OTTAWA, Canada: The High Commissioner of Pakistan to Canada Raza Bashir Tarar has said that use of pellet guns, abduction, illegal imprisonment, destruction of residential property and a complete communication blackout are some of the pernicious manifestations of the illegal Indian occupation of Kashmir.

While addressing an event organized by Kashmir Committee of National Capital Region related to Kashmir Black Day at Ottawa, the High Commissioner said that Kashmiris are caged like animals in their homes without access to health and educational facilities; their political leadership has been arrested; 13,000 students have been picked up and taken to unknown locations; youngsters are being blinded with pellet gunshots and underlined that the sufferings could lead to radicalisation of the Kashmiris who, otherwise are seeking the realization of their inalienable right to self-determination. 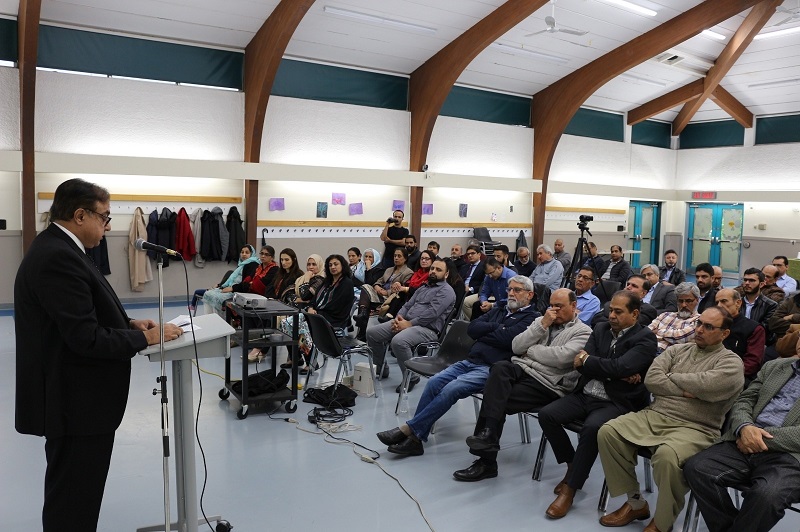 Raza Bashir Tarar informed the gathering that due to Pakistan’s efforts spearheaded by Prime Minister Imran Khan and Foreign Minister Shah Mahmood Qureshi, the World has woken up to the plight of the Kashmiris and the Indian government’s draconian approach has elicited international criticism and condemnation.

The High Commissioner concluded by expressing deep appreciation for Pakistani Canadians who have spared no efforts to protest against the Indian brutalities in Kashmir and sensitize their compatriots about the ethical, moral and humanitarian disaster that is prevailing and worsening in Indian Occupied Jammu and Kashmir.

Mati
Mati-Ullah is the Online Editor For DND. He is the real man to handle the team around the Country and get news from them and provide to you instantly.
Share
Facebook
Twitter
Pinterest
WhatsApp
Previous articleCanadians observe Kashmir Black Day by holding demonstration in front of Parliament
Next articleNo NRO for plunderers till he is alive, says PM Imran Khan